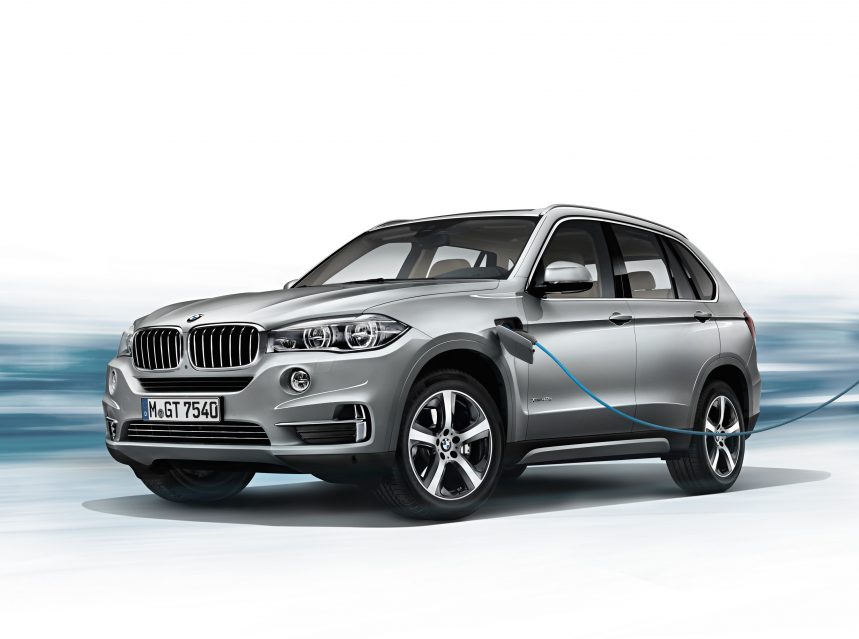 Saving the planet, one X5 at a time. That is what BMW intends to do with the launch of their latest plug-in hybrid vehicle to the South African market. While not the first carmaker to enter the world of hybrid technology, BMW, which celebrates its 100th year in business, is unambiguous in that it has the technological expertise to take a hefty, gas-guzzling SUV and transform it into a modest fuel sipper.

It was simply a matter of time before a major German carmaker would launch a hybrid-powered SUV into the South African market. And, hot on the heels of Swedish automaker, Volvo, with its South African Car of the Year-winning XC90, BMW has done just that with the X5 xDrive 40e. Destined to provide a serious challenge to the Swede, we took the X5 underhand for a brief introduction around Gauteng.

Despite the “40e” moniker, the BMW features a 2.0-litre 4-cylinder petrol engine that, similar to the XC90 T8, combines with an electric motor and advanced battery as its source(s) of power.

The first plug-in hybrid SUV from BMW offers permanent all wheel-drive linked to outstanding fuel efficiency, as well as CO2 emissions figures which will make the tax collector weep (at a mere 77 g/km it comes in way under the 125 g/km tax threshold).

At first glance, a modest four potter would seem out of place in a big, bulky SUV, but the secret to its propulsion success lies in bringing – and keeping – all of its 250 Nm of torque and 230 kW of power online instantly almost instantly. With the combined grunt of its two engines available when the X5 is set to Auto eDrive, the hybrid X5 is a decent performer, linking all of the energy generated seamlessly to the 8-speed Steptronic transmission.

Add to that, there is a Lithium-Ion battery that, unlike in the Volvo where it is housed in the transmission tunnel, is found under the rear load bay. The battery may be recharged by connecting to any standard domestic power socket for an overnight operation or, for those in a hurry, a BMW iWallbox can be installed at your home or business, as well as (eventually) at public charging stations.

While focussing strongly on its hybrid technology, BMW has been careful not to alienate its loyal X5 owners by bringing to market a vehicle that will date the current non-hybrid versions. Luxury and safety remain high on the agenda, and popular X5 specifications – such as the adaptive suspension package – is a standard feature. The black panel instrument cluster indicates drive-readiness, the batteries’ state of charge, and for those fascinated by all things technological, there is a driving experience control function that graphically displays energy flow and the interaction between the internal combustion engine and electric motor. This display also shows the manner in which energy is fed to, or drained from the high voltage battery.

Another delightful aspect of this BMW’s design is the positioning of the lithium-ion battery pack that, unlike the placement of the battery in some rivals, does not have a significant effect on available luggage space. A full 500 litres, with rear seats in the upright position, and 1,720 litre with the seats folded down, should be more than adequate for four adults and their luggage on a long distance trip.

Drivers who prefer a more thrifty application than that provided by the Auto setting, will naturally choose MAX eDrive which will enable the X5 to run purely on electric power resulting in zero emissions and providing a trip distance of 31 kilometres before a recharge is required. At the same time, the maximum speed in this mode is limited to 120 km/h – still more than adequate for urban driving.

Some sceptics may wonder what the effects of a rear-end collision would be. Will the battery disintegrate and explode? Will we all be roasted alive? Relax. The battery itself is so robust in its construction and so well tucked out of harm’s way under the luggage compartment that there’s very little, if any risk of a potential hazard.

All other safety features such as stability control, ABS brakes with EBD on the all-disc system, at least eight airbags, and even rollover sensors are part of the X5 hybrid’s outstanding safety features.

It is quite clear that BMW is serious about their entry into this rarefied section of the hybrid market. Buyers are demanding better fuel economy and lower costs but, being a little spoilt, they are not prepared to forego the delights of huge power reserves. They may be expected to pay more than R1-million for what is essentially, a two-litre vehicle, but they still demand the powerful feel of a turbocharged V6.

When compared to the also excellent Volvo XC90 T8 Twin Engine plug-in hybrid, it is inevitable that a buying comparison will be drawn between these two brutes.

The normally aspirated X5 sold 146 units in May this year, while the XC90 (also pre-hybrid) recorded 49 sales. Performance figures (top speed, acceleration, CO2 emissions and fuel economy) give the Volvo the edge, while the BMW has been around much longer and should appeal to conservative buyers reluctant to change brands.