It is the oldest – or most familiar, depending on how you want to look at it – car between the covers of this month’s Driven. The Peugeot 308, in its current guise, has been around since 2013, and while it might be deemed a bit long in the tooth by some, it still offers excellent value for money.

First-rate value for money it might be but compared to the sales of the evergreen Volkswagen Golf, it hardly leaves a chink in the armour of the C-segment champion. Let me give you some perspective: In the month of May, VW recorded nearly 400 sales of the Golf nameplate. Toyota, with its new Corolla hatchback, netted 149. And the Peugeot 308? Seven.

Confusing, especially considering the penny-turn-and-reuse kind of times we live in where, from a consumer point of view, value is supposed to be king and image-consciousness, well, not even a buying consideration.

I’m not saying that the 308’s rival doesn’t have that competitively-priced sort of qualities, but when you look at the facts, the Peugeot is not only more affordable than the Golf 1.4TSI Comfortline auto, it also boasts better performance figures.

But that all is on paper. How about something more palatable? Safety perhaps? Well, the Golf trumps the lion with one extra airbag, while the 308 features front and rear Park Distance Control as standard fare. On the niceties front, the Peugeot has dual-zone climate control, while the **Volksie** has voice control functionality – that’s how close these two cars compete. 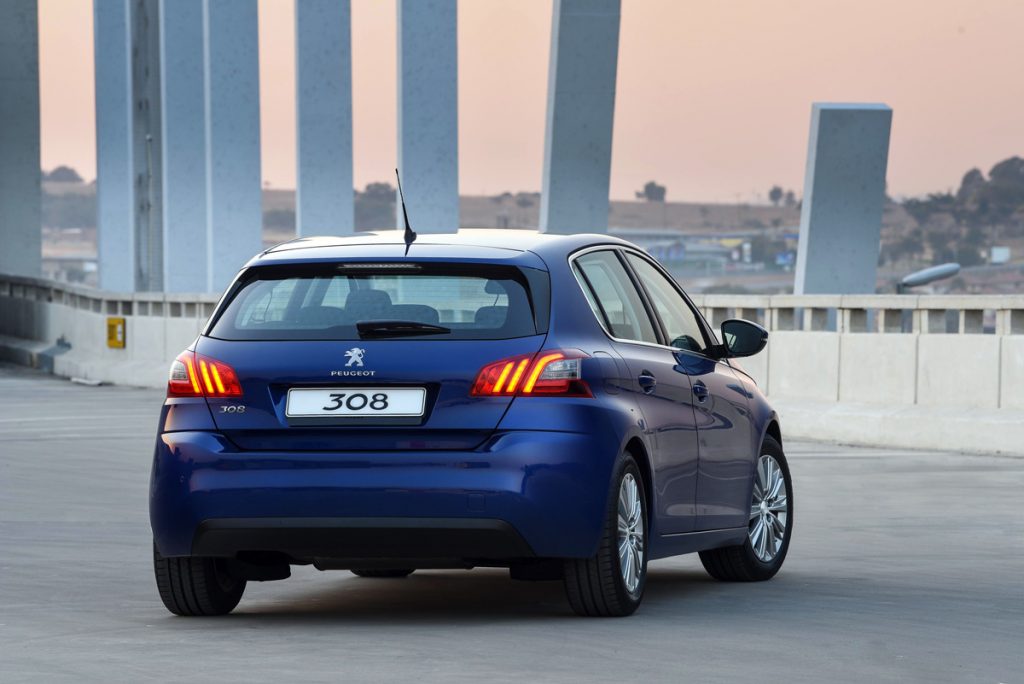 It doesn’t mean there’s anything fundamentally wrong with the 308, though. To the contrary; the Peugeot does a lot of things right. For one, it’s relatively stylish inside and out.

While tasteful, the interior that I once considered to be at the cutting-edge is getting a bit on. This becomes especially evident when you compare it to that of the Golf that looks and feels marginally less dated, even with the mainstay Peugeot i-Cockpit layout that has become known for its modern minimalism.

Luckily, then, it’s feature-rich with the highlight being the 9.7” infotainment system that can cleverly mirror smartphone displays, keeping the 308 bang-up to date with modern customer demands, while also boasting both Apple CarPlay and Android Auto compatibility.

On the exterior, I maintain that Peugeot’s styling department held back on dramatic lines and crests when penning the 308. This, however, has paid off since it’s still an attractive-looking car that has aged quite well.

The 1.2-litre turbo engine, mated to a reasonably smooth-shifting 6-speed automatic gearbox, also offers eager performance with the added capacity offering considerably more smoothness than some more enthusiastic three-cylinder small capacity turbo engines I have driven in the past.

Brand perception, as it turns out, is king. Especially in a segment where buyers have the financial freedom to be selective and image-consciousness happens to be the choice motivator. The fact of the matter, though, is that Peugeot builds what is some of the most stylish, well priced and well -equipped vehicles on the market – deserving of more sales. But, is it an overall better car to steer than a Golf, though? Not quite, I’m afraid.