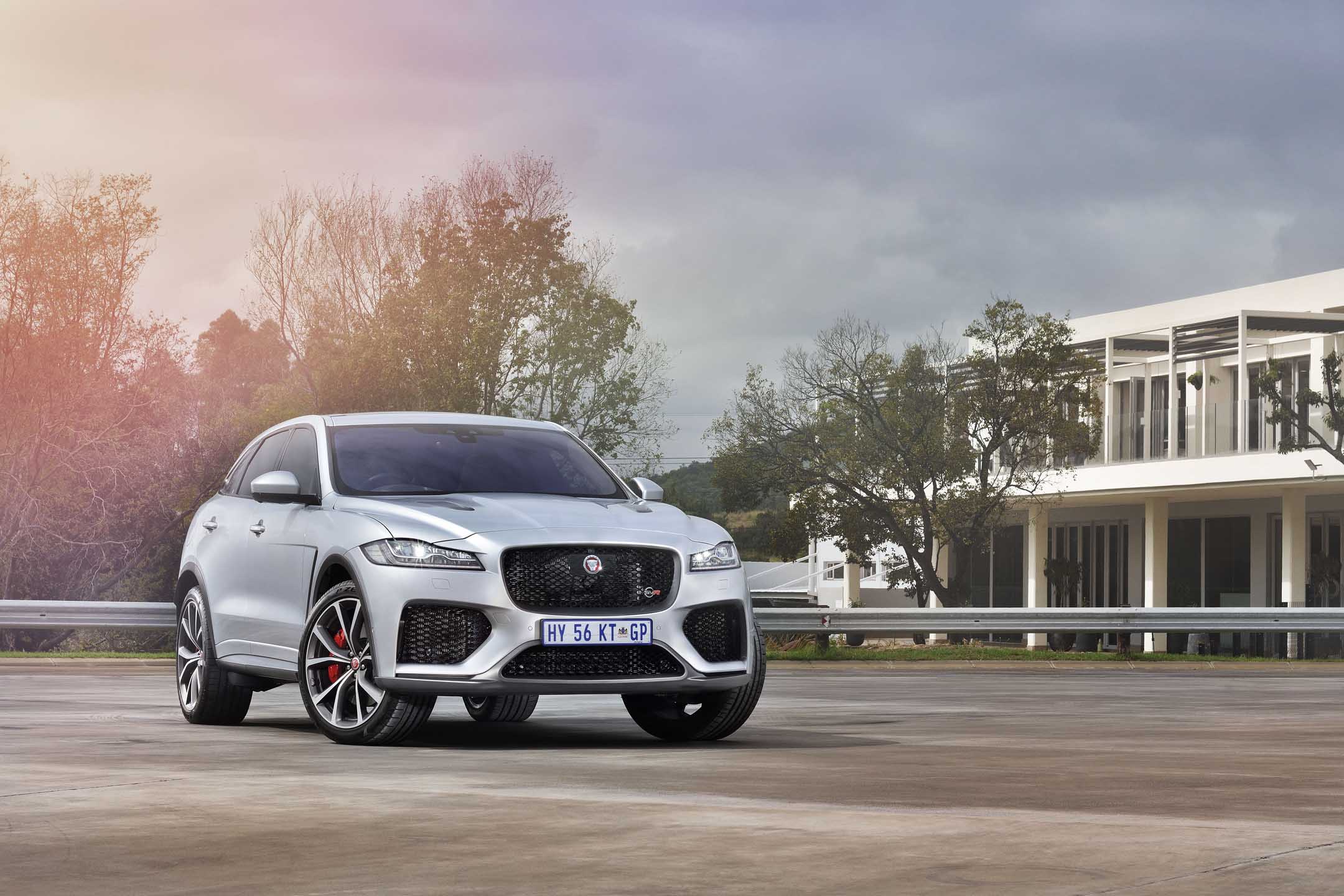 Jaguar’s foray into the compact premium SUV segment with the F-Pace marked a seminal point for the British mark to play in the lucrative segment and has since seen the company’s portfolio grow significantly. Now the company’s SVO (Special Vehicle Operations) has given the F-Pace the necessary muscle to take the fight to the high-performance SUV segment. Lerato Matebese recently spent time at the wheel of the model to see if it has the clout to take on the establishment.

Taking on the German premium triumvirate on the luxury, perceived and tactile quality remains a tall order for any would-be manufacturer, but trying to challenge them on the performance front is another ball game altogether. If you look at the list of advocates playing in the latter space, particularly in the compact SUV space, then you will get the gist of what it takes to rise to the top of the pile. BMW begets the X3M, Mercedes-AMG has the brilliant GLC 63s, while Porsche the Macan Turbo. These all pander to a niche and a thoroughly pedantic and discerning buyer who want useable everyday practicality and blistering performance in one package.

DOES JAGUAR HAVE A CHANCE? 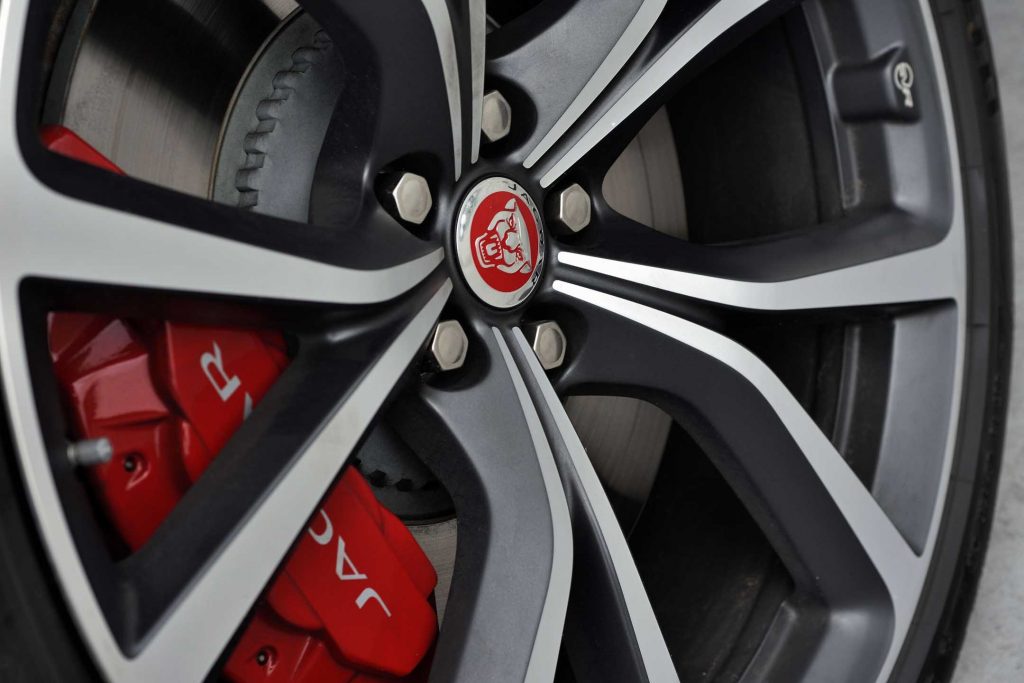 The Jaguar F-Pace, in my view, remains a compelling package and as the British marque’s first stab at the genre, I reckon they’ve nailed the design brief. Proportionately, it ticks all the boxes and dynamically, it remains a competent performer with some good engines in its arsenal, but nothing quite fire-breathing as such. Not until now, that is.

Enter the F-Pace SVR, which is the headline performance model sitting at the very top of the range’s totem pole, looks set to place the cat among the metaphorical pigeons as it were. 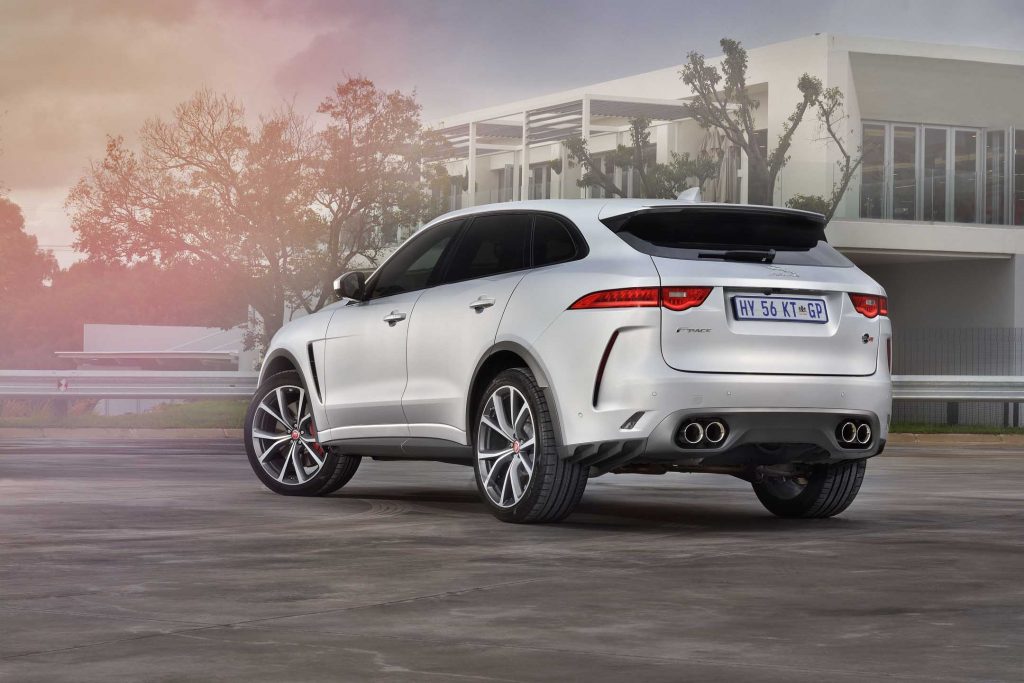 Taking design cues of the already sporty looking F-Pace, the SVR turns up the visual wick a few notches up still with a more assertive front-end, thanks to the gaping air ducts on either side of the valance that aid much-needed cooling for the engine.

There’s an SVR badge nestling on the black chrome honeycomb grille, while the side profile boasts massive wheel arches that are home to equally large 21” alloy wheels. Meanwhile, the rear boasts a larger boot spoiler requisite SVR badge and a quartet of chrome-finished exhaust pipes, peering ever so slightly through a black bumper diffuser. 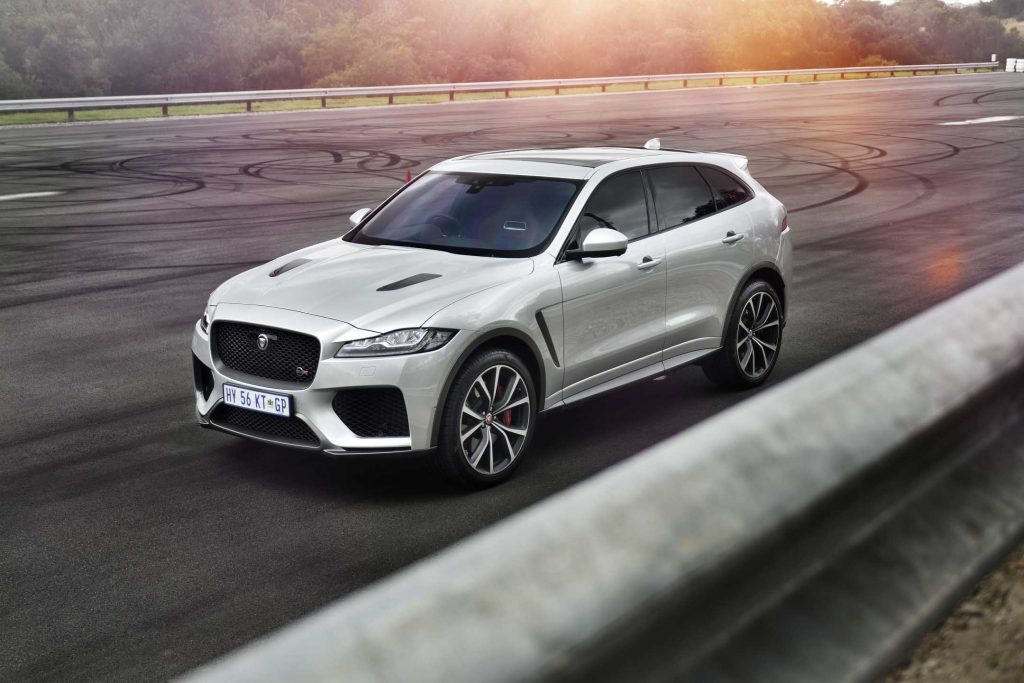 Beating at the heart of the F-Pace SVR is the company’s tried-and-trusted 5.0-litre Supercharged V8 engine that, in this instance, thumps out 423 kW and 700 Nm through an eight-speed automatic gearbox and shuffled to the tarmac via an all-wheel-drive system.

Power delivery is smooth and around town, the engine simply purrs along like a docile domesticated cat. However, switch things to the more feral Dynamic side of the F-Pace SVR and its predatory instincts come to the fore. Like a jungle cat ready to pounce on unsuspecting prey, stomping the throttle from standstill sees the vehicle claw forward with gusto. No lag, no scrabbling of tyres, it just gets up and goes.

Then there’s the noise it makes. Oh, golly! Nothing quite girds your loins for the epic theatrics on offer. It all begins with deep, guttural V8 raw that rises to a raspy, cheeky crescendo that sounds more at home in a dragstrip racer than a premium SUV. Bystanders and motorists alike are left gobsmacked when they clap their eyes on the generator of this glorious noise. You simply do not expect an SUV to sound this obnoxiously loud, which simply adds to the charm of the F-Pace SVR.

It handles well around corners, although I would have liked a more progressive steering a few degrees from the dead centre when you begin to twirl the wheel.

Entering such a competitive segment brings about a host of challenges for the new challenger and the Jaguar F-Pace had its work cut out. However, following my brief time at the wheel of the model, I reckon it has the clout to take on the establishment and has all the grit and substance to back it up. Then there’s the way it sounds, which simply overshadows everything else in this segment!