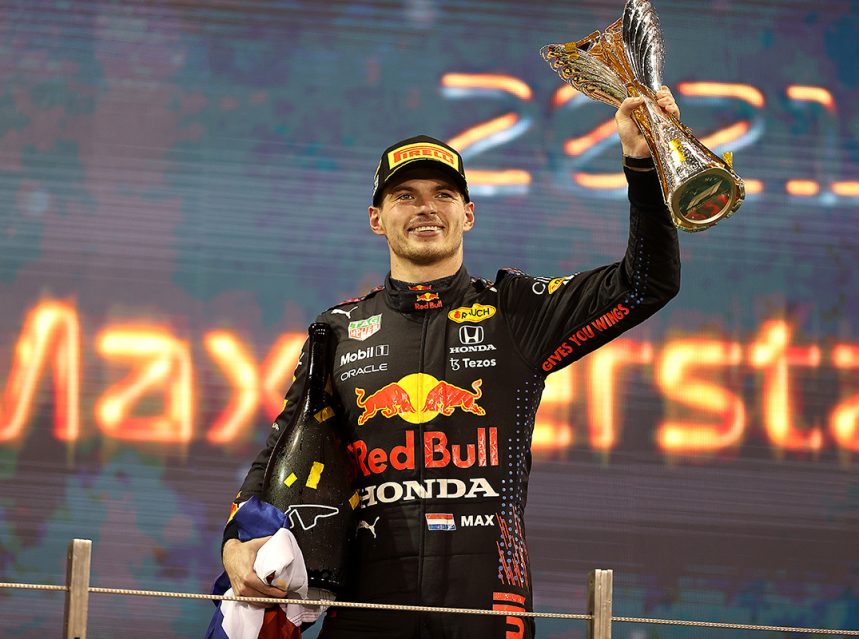 Max Verstappen and Lewis Hamilton entered the last race of the 2021 FIA Formula One World Championship with equal points. The only other time this stalemate has occurred was in 1974 when Emerson Fittipaldi and Clay Regazzoni went into the last race of the World Championship tied on the leaderboard, and Fittipaldi’s fourth place was enough to hand him the championship after a somewhat uneventful race. In contrast, the final Grand Prix of 2021 will be highlighted in the annals of Formula One as arguably the most extraordinary Grand Prix, with the most controversial outcome ever.

Verstappen started the race in pole position, but Hamilton, starting from second, took the lead at the start, placing the Dutchman on the back foot from the onset. Verstappen did manage to get past Hamilton a few laps later, but only after he pushed him wide to overtake, and the British ace simply cut the corner to regain the lead. Race control deemed it a racing incident, and Hamilton responded by continuously delivering one fastest lap after the other, quickly stretching his lead over Verstappen to more than five seconds, and then to more than 10 seconds shortly after the first round of pit stops.

Verstappen’s Mexican teammate, Sergio Pérez, who took the lead in a strategic move after the first round of pit stops, eventually managed to hamper Hamilton, enabling Verstappen to resume his challenge, which proved inconsequential as soon as Hamilton finally passed Pérez.

Red Bull attempted to apply different pit-stop strategies to gain the edge over Mercedes, but Hamilton was in a league of his own at the front, eventually stretching his lead from Verstappen to 12 seconds. That was until the fifth lap from the end of the race, when Nicholas Latifi crashed his Williams into the wall, bringing out the safety car.

While Verstappen took advantage of the safety car to come in for a fresh set of soft tyres, Mercedes, not wanting Hamilton to lose track position should the race end under a safety car (which appeared to be the case at that stage of the race), kept Hamilton out on old tyres.

Enter the drama! With both Mercedes’ Toto Wolf and Red Bull’s Christian Horner attempting to influence the Race Director Michael Masi over the radio, it became clear that Wolf wanted the race to end behind the safety car while Horner was vying for at least one more lap of racing. With what appeared to be endless radio chatter emanating from his earphones, Masi decided to have only the cars between Hamilton and Verstappen unlap themselves before calling in the safety car with one more lap to race to the finish. Wolf complained bitterly to Masi, while Horner was all smiles.

As the safety car peeled off the track, Verstappen, now on the better tyres, had one final lap to overtake Hamilton. The Flying Dutchmen capitalised on this opportunity, overtaking the seven-time champion into Turn 5 and then holding off a determined Hamilton to the finish line for a dramatic race victory and a triumphant maiden Formula One World Drivers’ Championship title.

Mercedes attempted to reverse the race’s outcome with two separate appeals that went on late into the night. Still, the result stood firm and was confirmed shortly after midnight – Max Verstappen had won his maiden Formula One World Drivers’ Championship title in his seventh F1 campaign, after a ferocious 22-race fight with reigning champion Hamilton. This head-to-head battle marked a season for the ages. By the end of it, Verstappen had taken the most victories (10), the most pole positions (10), and a record number of podium positions (18), thereby becoming Red Bull’s second world champion, after Sebastian Vettel annexed the title for four straight years from 2010-13.

Red Bull’s title also brought to an end Mercedes’ seven-year run that coincided with the introduction of the 1.6-litre V6 turbo hybrid era from 2014, while Verstappen became the 34th world champion in F1 history dating back to 1950. And Honda, in its final race as engine supplier for Red Bull, won its first F1 world championship title since Ayrton Senna won the 1991 crown in a McLaren-Honda.

One can analyse the race, especially the last five laps – four under the safety car and one under green – but this will only add one more opinion to the thousands of views already expressed. The chequered flag signalled the end of the Abu Dhabi Grand Prix and the 2021 FIA Formula One World Championship. On reflection, when considering the entire season, Max Verstappen is a deserving champion, and more so if one considers the phenomenal calibre of his main rival, Sir Lewis Hamilton, with the fastest car on the grid at his disposal. In the end, Max Verstappen remained as humble in victory as Lewis Hamilton was gracious in defeat. These two are enormously talented drivers who bring out the best in each other, and we as fans were the beneficiaries of a season-long battle for supremacy that will have 2021 go down in history as the greatest F1 season ever.

For now, it’s time to calm the nerves as we await the 2022 season, which will introduce a slew of new rules and an entirely new design for all competing cars.