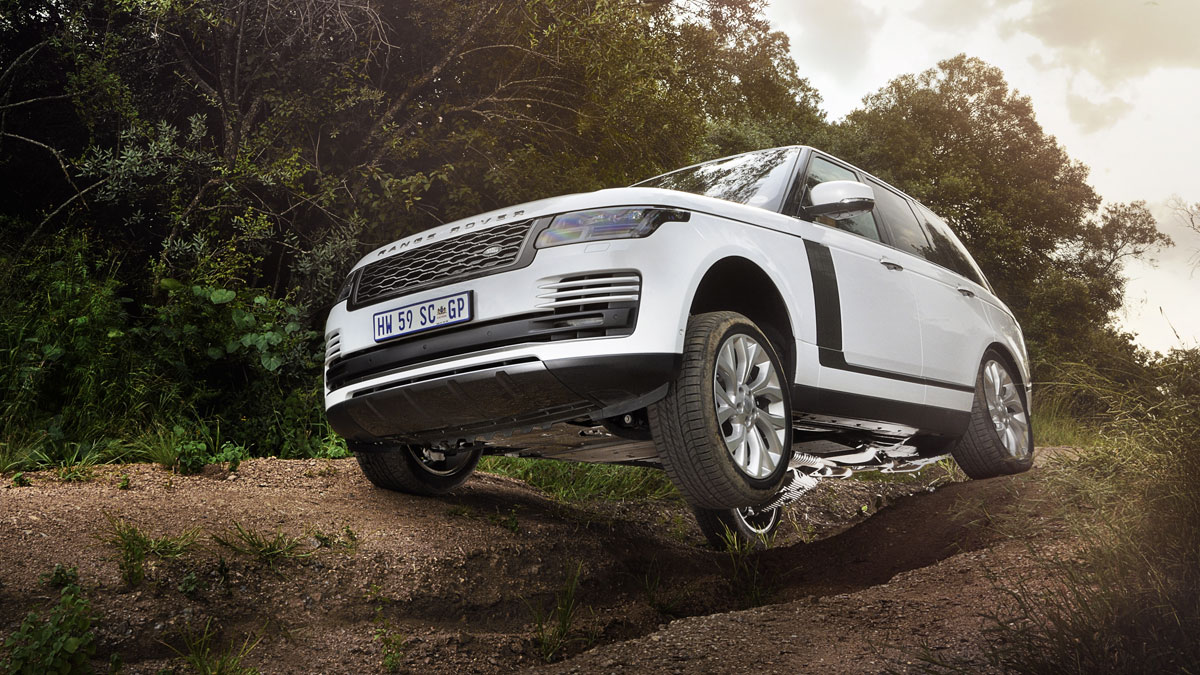 In November 2019, we delivered a mixed bag of praise and pejorative for the Range Rover Sport HSE P400e, the company’s first plug-in hybrid electric vehicle offering in South Africa. In an almost back-to-back test, the big daddy Vogue SE P400e also made its way to the Driven test fleet for a thorough tyre kicking and button pressing session.

I had some reservations about the petrol-electric-battery combo powertrain from the Rangie Sport test still lurking in my mind when I first took to the Vogue for a drive. Sometimes even motoring journalists struggle to look at each new vehicle with a fresh pair of eyes when reviewing it. Yet, there is no denying that the Range Rover Vogue is a different beast altogether, and as it turns out, one more adept at masking the concerns we had with the PHEV setup in its more compact sibling.

Generally speaking, the mid-spec Vogue SE P400e (R2,427,100) adds a few extra features over its “entry-level” sibling (R2,233,400) and looks like the sweet spot of the range to us, unless you’re after more bespoke luxury – and a longer wheelbase – in which case the standard-wheelbase R2,764,300 Autobiography P400e is the next logical step.

In the SE you get 21” wheels, an incredible 19-speaker Meridian sound system, 20-way heated and cooled front seats and soft-close doors. The long-wheelbase L Autobiography will set you back a significant R2,873,700 as a no option cost. In contrast, the range-topping L SVAutobiography P400e has a base price of R4,024,300 – although there are precious few options to add at this level.

In PHEV guise, however, upsizing in price doesn’t add more power or more electric-only range as one might expect, only more luxury. While many would argue that this is the **raison d’etre** of one of the world’s most luxurious vehicles, we expect that nary a handful of upper-crust Vogues will make their way into local garages.

Like most other carmakers, Land Rover’s plug-in hybrid system works by combining internal combustion with an electric motor and battery setup, that is charged mainly from power mains, rather than by electricity regeneration as is the case in a standard hybrid system.

With Range Rover PHEVs, the combination is not of the six- or eight-cylinder variety as customers have grown accustomed to. Instead, beneath the Range Rover’s clamshell lies a 1,997 cc in-line four-cylinder Ingenium petrol turbo engine, which on its own, generates a worthy 221 kW of power. This increases to a healthy 297 kW of maximum grunt when the electric motor – fitted between the engine and transmission – comes online.

In terms of available torque, with 640 Nm of the twist, the P400e Vogue places above the V8 supercharged versions, but below the V8 turbodiesel.

Wrapping one’s head around that idea may take a moment or two, but that is still significantly slower than the time it takes for the P400e to accelerate from zero to 100 km/h, a feat accomplished in a V8 turbodiesel-beating time of 6.8 seconds. Power is sent to all four wheels through an eight-speed automatic transmission, and top speed is quoted at 220 km/h (137 km/h in electric-only mode).

At the other end of the scale, Land Rover quotes up to 51 kilometres of all-electric running, although a more realistic EV range is around 40 kilometres – enough to see off a short-range drive around town, with recharging from a standard 10-amp wall socket that will take approximately 7.5 hours, or around two hours and 45 minutes at 32 amps.

The Vogue P400e benefits from several upgrades across the range; there’s a new grille and various LED headlight options, while the front and rear seats have been redesigned, with a minimum of 16-way electric adjustment and up to 24-way adjustment in range-topping models.

Notably, the two 10” touchscreen setup options first seen in the Velar, allowing control over all significant vehicle functions, that not only looks great, but also operates significantly better than the previous generation system.

On the driving front, we had our apprehensions about whether the plug-in Range Rover will deliver the levels of performance and refinement we’ve come to expect from the V6 and V8-engined models. In the Range Rover Sport, we reported on some engine and brake-feel harshness, which was notably less pronounced in the Vogue P400e. Although predictably silent when running in EV mode, when the petrol engine joins in, it remains quiet enough to be mostly inconspicuous. Sure, under hard working conditions, the four-cylinder howl will make itself known. Still, at this point, the acceleration is sharp enough that you’ll only notice it for a short interval as the eight-speed auto hunts for a more appropriate gear.

It might be a tad unconventional in the mink and manure world of the average Range Rover buyer, but the P400e PHEV is a step in the right direction for the luxury SUV brand. While it does not boast quite the same levels of refinement in terms of engine offering in the stable, and electric-mode only driving is somewhat limited, the plug-in Range Rover has lost none of the atmospheric eminences it has established in the luxury segment.