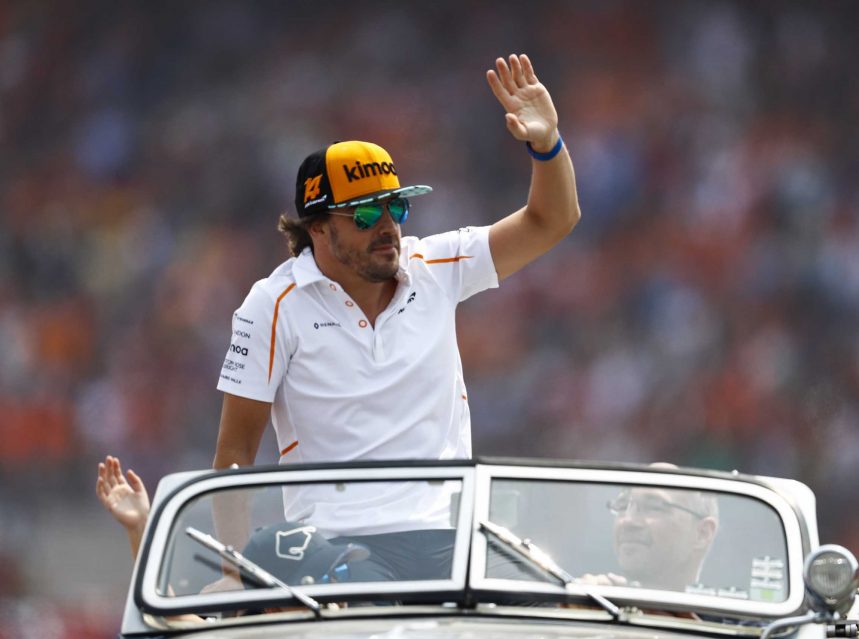 Driven had been readying itself to deliver a mid-term report on F1, including a short analysis of the last race before the annual summer break – but then Fernando Alonso announced his retirement from the sport. That’s big news. EGMONT SIPPEL pays tribute.

And so, we’ve reached the end of the road. Fernando Alonso Diaz will no longer compete in F1, come 2019.

But he will complete the 2018 season.

Alonso loves F1. If there had been a top seat available, he would have stayed. And as fans we would have rejoiced, because few have enriched the sport as much and for so long as Alonso has, what with ability, talent, commitment, consistency, tenacity, grit, craft, passion, speed, instinct, and intelligence all adding up to a formidable racing machine.

Many engineers who have worked with both Alonso and Michael Schumacher, for instance, have compared the Spaniard very favourably with the great, seven times champion.

For one thing: he made fewer mistakes than Schumacher did. He was also better in traffic, if not quite as strong in qualifying or on a wet track as Michael.

Crucially though, Alonso had superior technical insight and understanding which enabled him, in terms of the overall performance envelope, to distinguish very precisely between his own vis-à-vis the car’s contribution.

In short: Alonso was acutely aware of what the car could and couldn’t do; and he had the gift to explain these things to his engineers who, in turn, were then better enabled to find the best possible solutions. 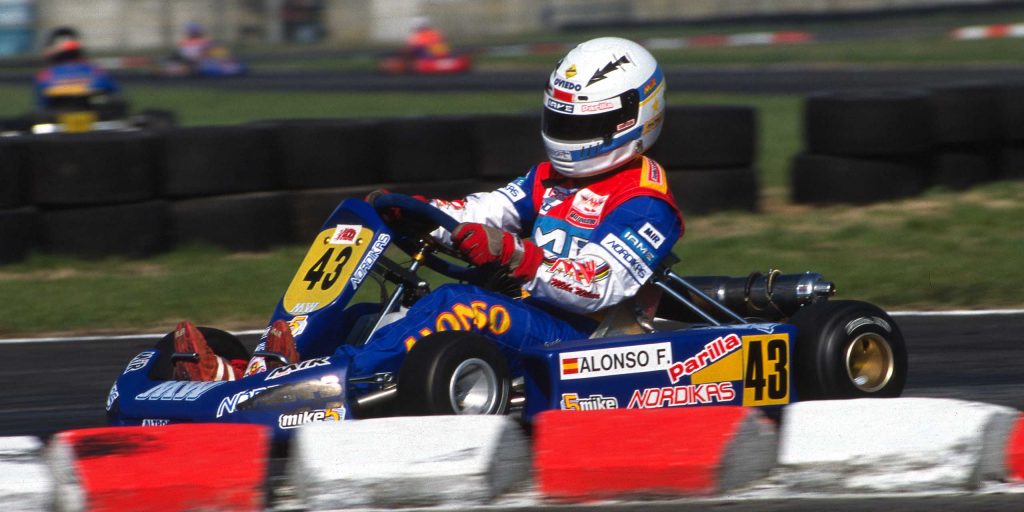 This was one reason why Alonso’s performances were of such a consistently high nature.

His technical staff attributes this quality to a voraciously intelligent mind.

Ex-Ferrari engineer, Andrea Stella: “I’ve always thought that Fernando was much cleverer than me. If he had studied instead of spending most of his youth in go-karts, his achievements from an educational point of view would have surpassed many of those who qualified as engineers.”

Stella goes on to describe Alonso as “very relaxed and open-minded, and very charismatic. You see the pleasure in the guys who work with him. They love him.”

That was in the Spaniard’s later years, at Ferrari.

As a youngster at Renault he was said to be a loner. Yet, when I met him for the first time in 2005, at Monza, he already oozed charisma.

So, why would there not be a top seat available for such a man in F1? Daniel Ricciardo, after all, has recently announced that he will move from Red Bull to Renault, at the end of 2018. And Mercedes had a vacant seat after Nico Rosberg’s unexpected retirement at the end of 2016.

Yet, neither team has opted for Fernando’s services.

El Matador had a reputation, see. In 2005, he became the youngest F1 champion in history and a year later the youngest double champion; both records having since been broken by Vettel. 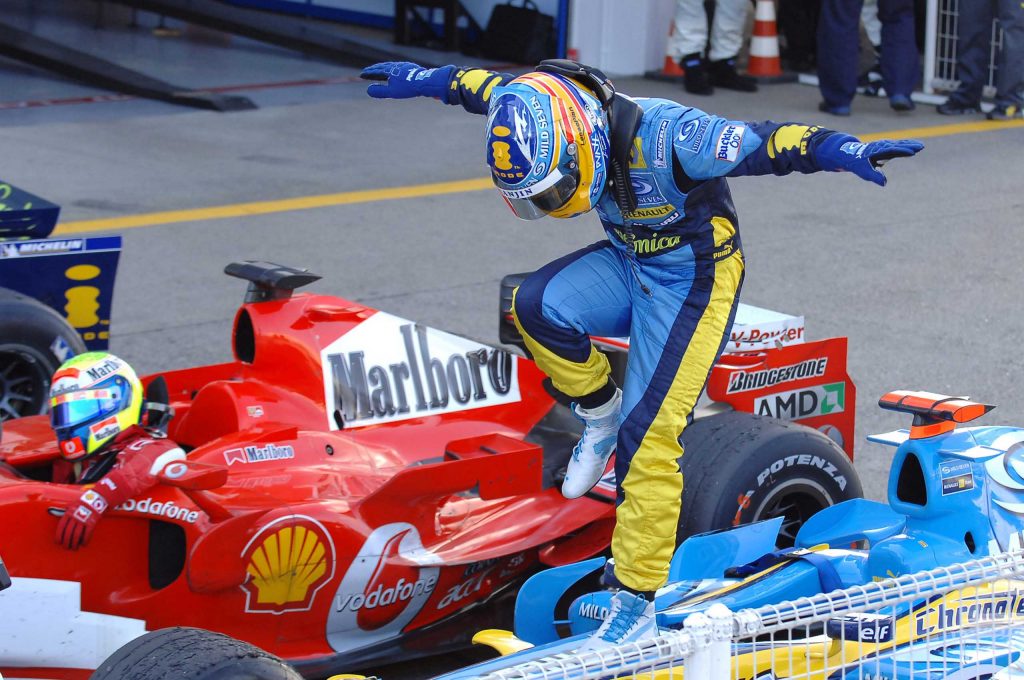 Yet, ’Nando had already signed for McLaren after his first championship year. With Merc power, McLaren was on the up. Renault had nowhere to go but down.

Fernando foresaw this turn of events, but what nobody – including himself – was able to foresee was the meteoric rise of McLaren’s other signing, a young upstart rookie called Lewis Hamilton.

In only his third F1 race ever, Lewis outqualified Fernando. From the Spaniard’s point of view, there was a conspiracy brewing between the English team and its young English driver.

Tensions eventually grew to a moment in the dying minutes of qualifying for the Hungarian GP where Alonso hung around in the McLaren pit box until it was too late for Hamilton – who had been stacking behind him – to clamp on a new set of tyres and do his final Q3 run.

What the world saw, was an obstinate Spaniard. In reality, it was Hamilton who kicked off a sequence of events, in Q3, that led to Alonso’s refusal to clear the pit box timeously. The technicalities of the episode are too complex to explain right here, but it was telling that team boss Ron Dennis was furious afterwards, not with Alonso, but with Hamilton.

Alonso saw this as the opportune moment to ask Dennis to promote him to number one status in the team, but he allegedly went one step further by threatening his team boss with exposing damning evidence about McLaren’s illegally acquired Ferrari data, if Dennis refused.

The outcome of this unsavoury episode was threefold: ’Nando moved back to Renault; McLaren got fined $100 million; and Alonso suffered irreparable damage to his reputation. He denied the accusation, of course, but the tag as a Machiavellian troublemaker had taken root.

Ferrari nevertheless signed Fernando for 2010, only for glory to be denied in the season’s very last race when a strategic blunder got Alonso stuck in seventh, ironically behind a Renault, of all cars, when fourth was all that was needed to secure the driver’s title.

Such was the cycle in which fate had dumped Fernando.

Another runner-up spot arrived in 2012, when Alonso fell afoul by three points (compared to 2007 when he needed two more points to win the title, or 2010 when he needed four more), but Ferrari lost ground in 2013 and then lost the plot in 2014. 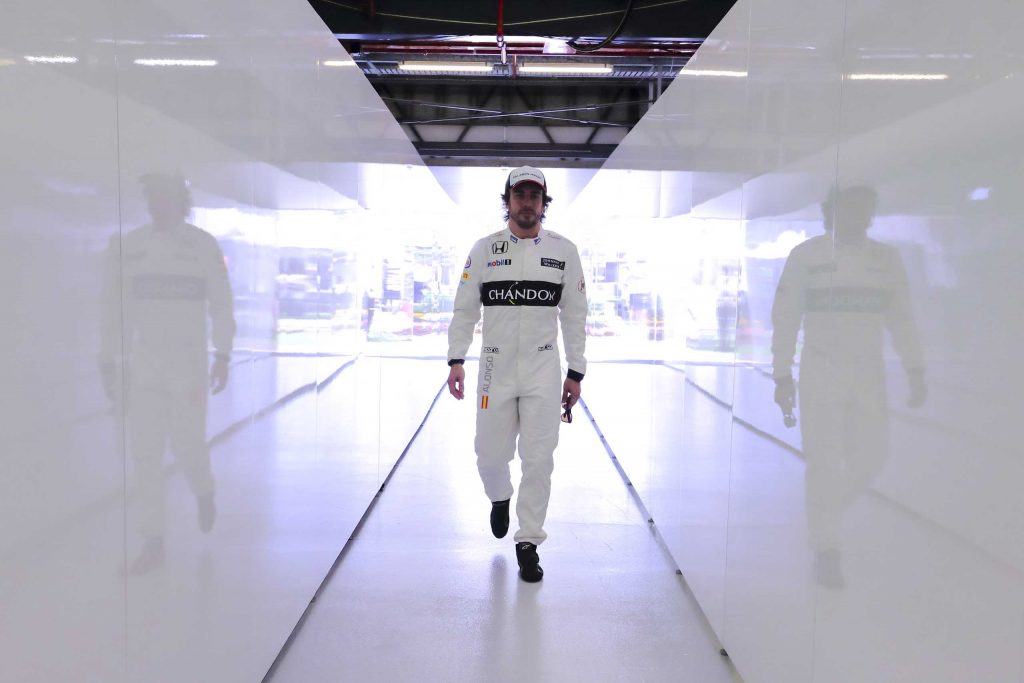 It was time for the Spaniard to take his prodigious talent to a team that could provide him with a winning car. On the grounds that they would re-unite with Honda to revive the glory days of Senna and Prost, McLaren persuaded ’Nando to join them for 2015.

It was a disaster from the word go. The Honda engine lacked power and reliability, the McLaren chassis was short on balance and finesse. Even a switch to Renault power this year did nothing to improve the 37-year-old Spaniard’s lot – but the contretemps of a decade ago have also closed the doors of the top teams for him. 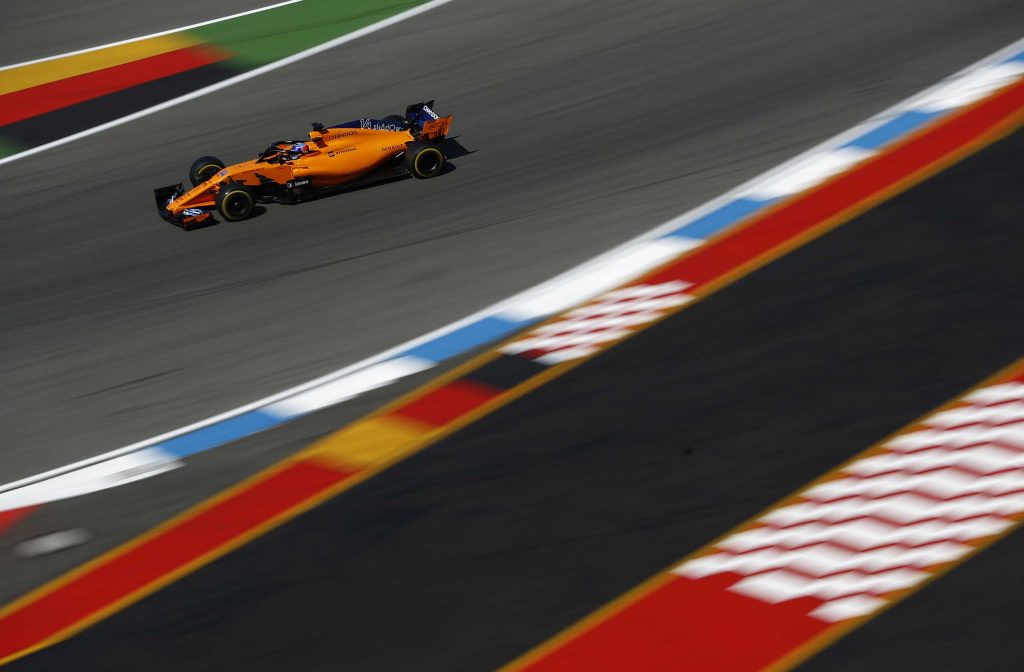 Red Bull’s Christian Horner: “I respect Fernando a lot. He’s a great driver, a fantastic driver. But he tends to cause a bit of chaos wherever he’s gone.”

Ex-Ferrari’s Felipe Massa: “Fernando is a highly intelligent driver with extensive skills. He has the gift, the ease, of understanding a race and driving incredibly fast. As for pure talent, I would put him on the same level as Schumacher. But Fernando can split a team.”

ALONSO AND THE TRIPLE CROWN 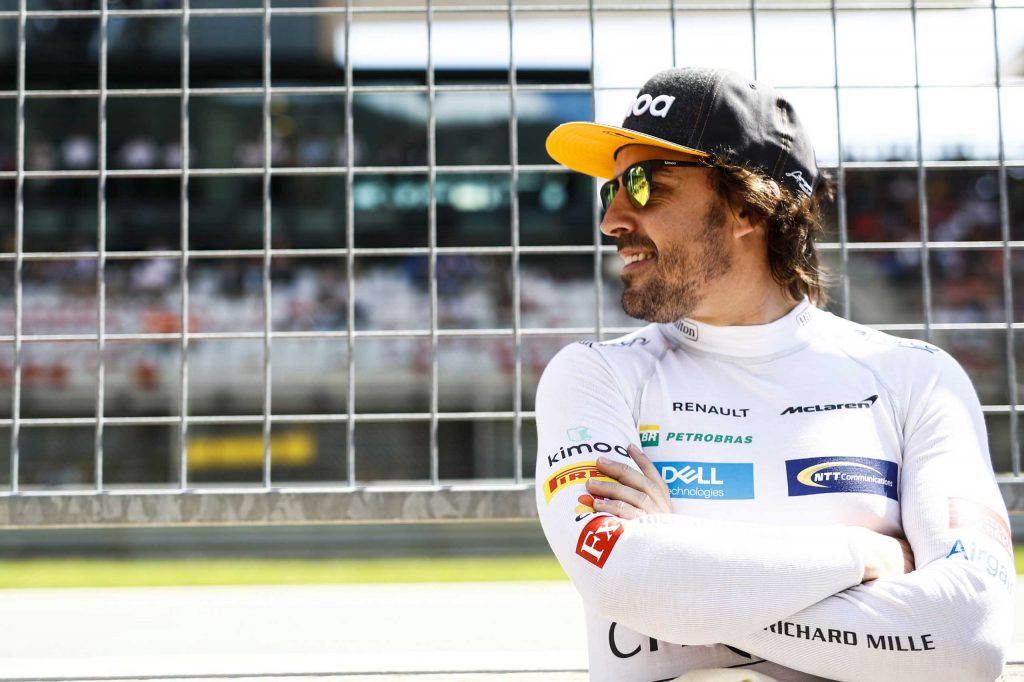 Chances are then, that Ferrari wouldn’t have Fernando back, because Vettel vetoed the idea. Ditto for Mercedes/Hamilton and Red Bull/Verstappen.

As El Matador, on top of this, only needed one more leg – the Indy 500 – to complete the Triple Crown (winning Indy, the Monaco GP and the Le Mans 24-hour sports car race), Alonso will in all probability now compete in the IndyCar series full-time. Victory in the 500 was, after all, only a couple of laps away, two years ago.

So, after 17 years of having been delighted by the force that is El Matador, it is adios amigo!
Here’s to that Triple. And here’s to a true great.

Featuring a sophisticated dial and handsome leather band, this 41 mm Bulova Men’s Classic Leather Chronograph dress watch is a must-have for the modern gentleman. Displaying both 12/24 hour formats on a black sunray dial encased in a stainless steel case and adorned with a mineral crystal cover, the classic timepiece is as beautiful as it is functional.