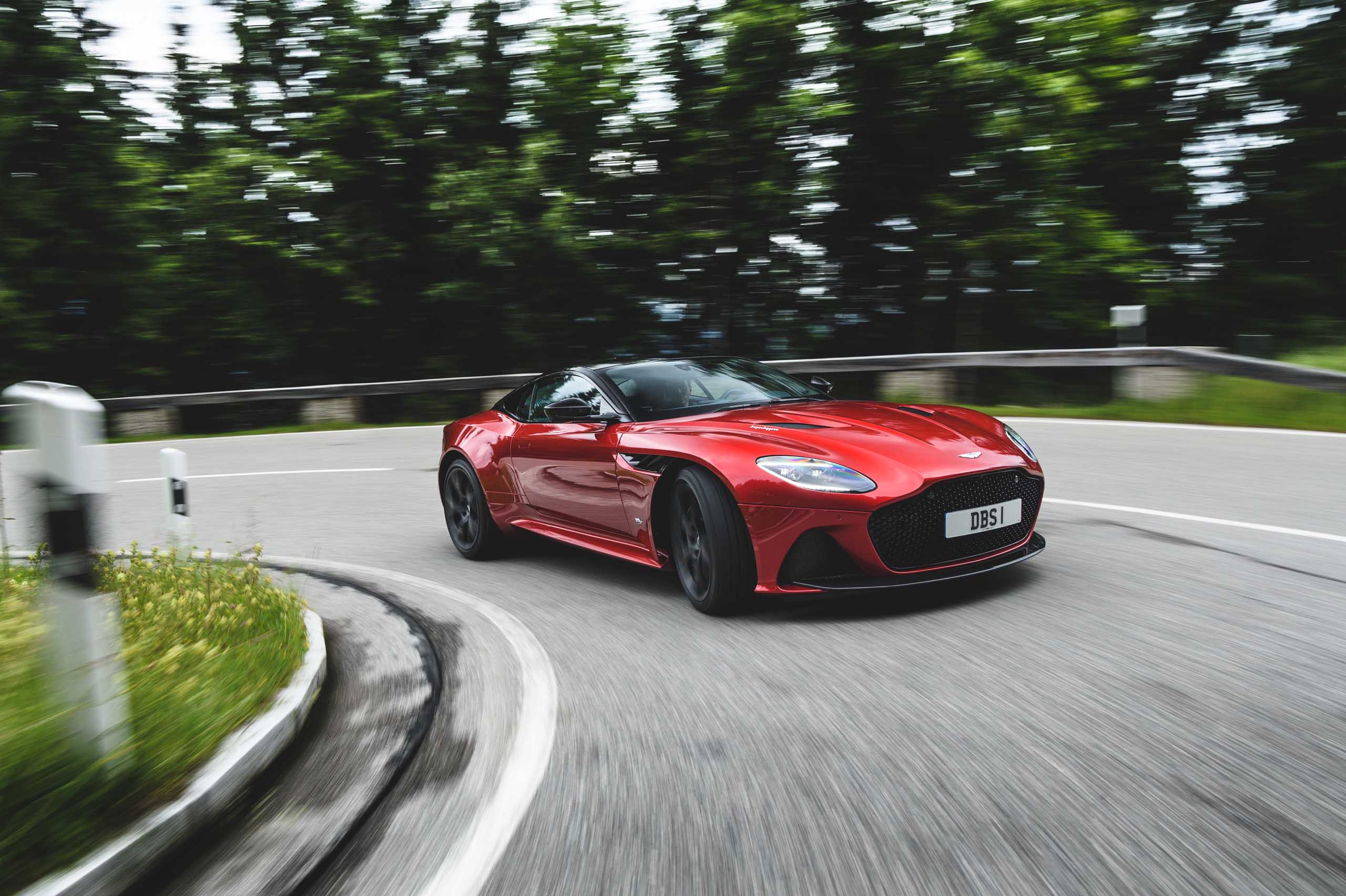 Driven’s editor, Lerato Matebese was one of only two South African motoring journalists to be invited to the international launch of the Aston Martin DBS Superleggera, a car he deems to be one of the most beautiful in the modern motoring era. He gives us his first-hand account of driving the Super GT.

Berchtesgaden in Germany is a picturesque countryside village with rolling, snow-capped hills and some of the most beautiful vistas lined with rivers meandering for kilometres on end. Flanked by some lush vegetation – the scenery is so mesmerizing it borders on being surreal.

My appreciation for the flora, though, is quickly drawn back to the vehicle I’m driving through some of the most sinewy, yet pristine pieces of bitumen. The new Aston Martin DBS Superleggera, the flagship model from the British marque’s stable, is the successor to the much-vaunted Vanquish S and its arresting looks is drawing droves of attention from onlookers. I mean, just look at it. Enchanting, is it not? Take another look at it! 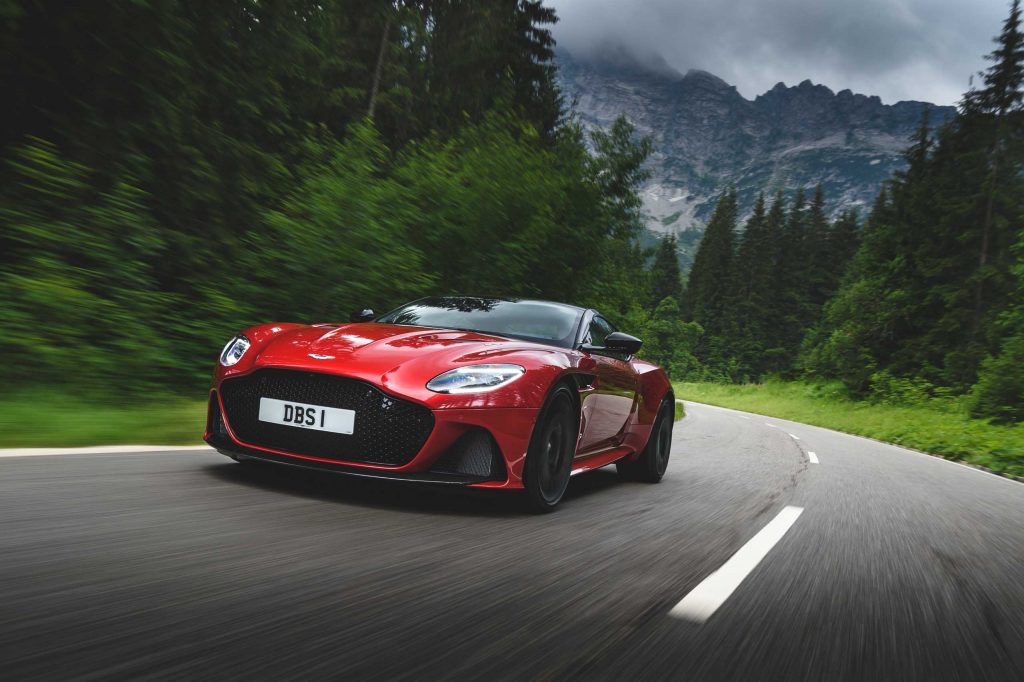 The new Aston Martin Superleggera is, in my books, one of the most elegantly styled vehicles to come from the British marque in years. Fundamentally based on the DB11 which, by most accounts, is an attractive car, the Aston Martin DBS Superleggera (superlight in Italian) simply dials up the aesthetic-design-o-meter to eleven.

From that gaping front grille that looks mega and purposeful in the metal, the long carbon fibre clamshell bonnet, low roofline to those baroque, rear wheel haunches that elegantly dissolves toward the rump of the vehicle where things get rather interesting.

Not one panel or angle of the car looks out of place and the entire body is beautifully sculpted, like a piece of automotive art. The new venturi air ducts on the bonnet, for instance, gives the front-end a cleaner look as there is very little in the way of additional addenda.

THE ART OF AIR 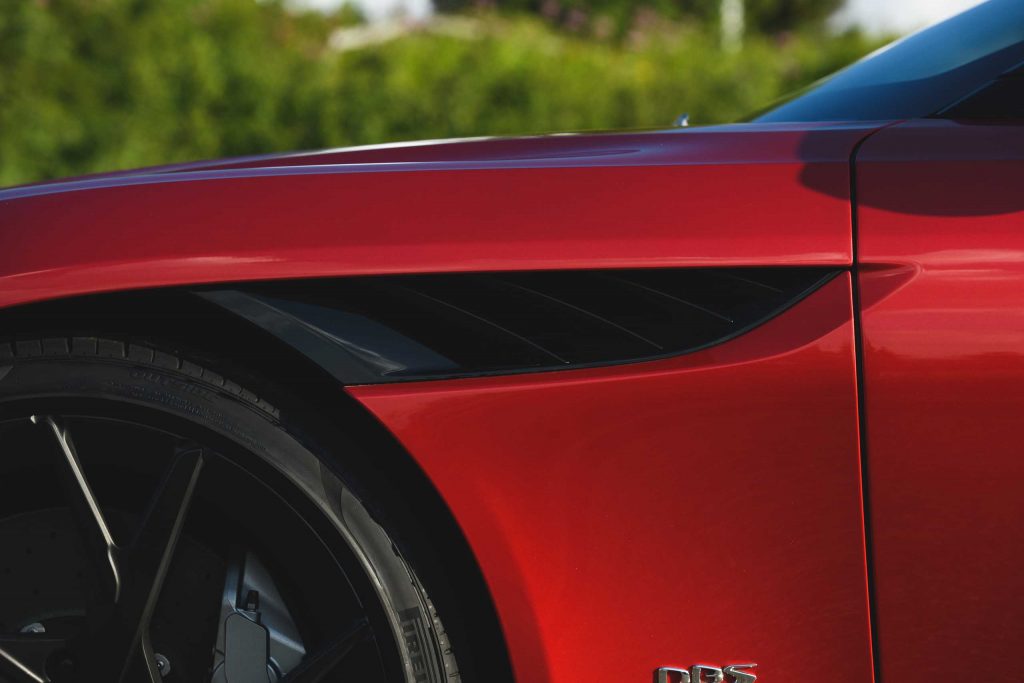 There are air blades for additional aerodynamics, while the rest of the air flows over the vehicle and into an integrated spoiler, which unlike on the DB11 that deploys at speed, the DBS has a fixed gurney-like unit- finished in carbon fibre that also adds an ornate function to the rest of the package.

As you can see in the images, there is no physical boot spoiler, but rather a slim boot lip finished in carbon fibre. Ahead of it is an incision that draws the air rushing over the car into it and, in conjunction with the diffuser, helps the DBS create as much as 180 kg of downforce at full tilt – the highest of any series produced Aston Martin – without creating any dreaded lift.

At each corner, there are 21” wheels and tyres with the front boasting a 265/35 footprint, while the rear stamps 305/30 sections in its wake. Brakes come in the form of carbon ceramics that compare favourably to the size of dinner-plates at 410 mm up front and 360 mm at the rear, to offer excellent braking performance as we found out at the launch.

UNDER THE ASTON MARTIN DBS CANVAS 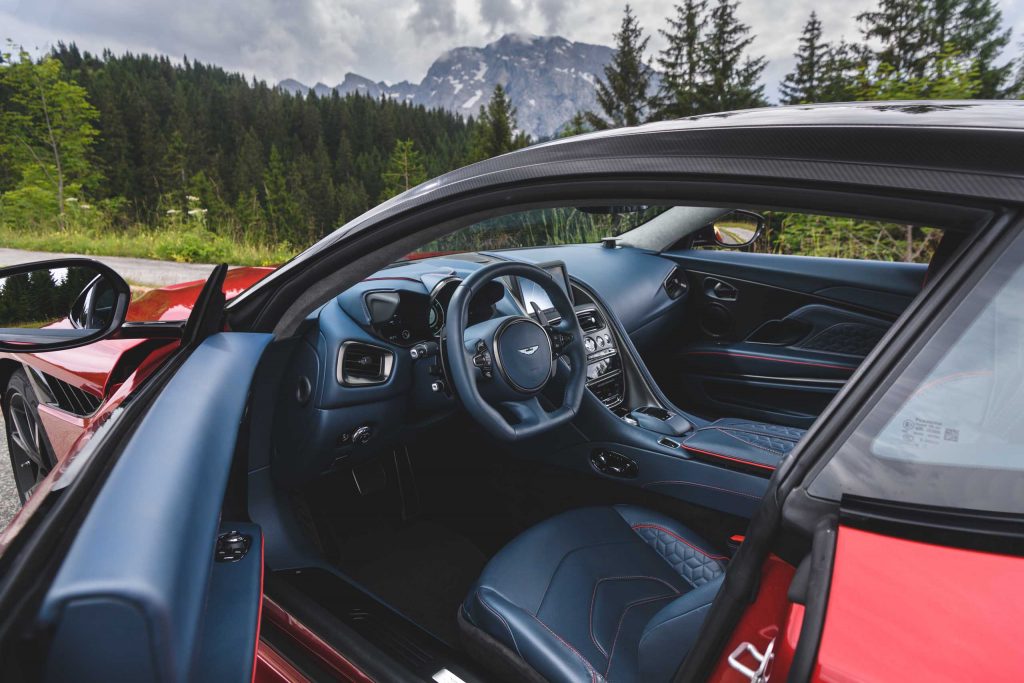 At 4.7 m in length and spanning 1.9 m in width while crouching 1.2 m from the ground the model’s proportions hint at a sporty GT with space for two adults and two (very) small children in the back or, indeed, a case or two of the finest champagne.

The boot can accommodate two medium-sized travel bags, while the interior of the DBS is a fine blend of leather and Alcantara materials with most of the switchgear having been lifted wholesale from Mercedes-Benz, including the infotainment system replete with similar graphics, et al. If there was an area where there could be improvement, it is in the quality of the air vents which, I’m afraid, are out of kilter with the rest of the mostly impressive cabin architecture. 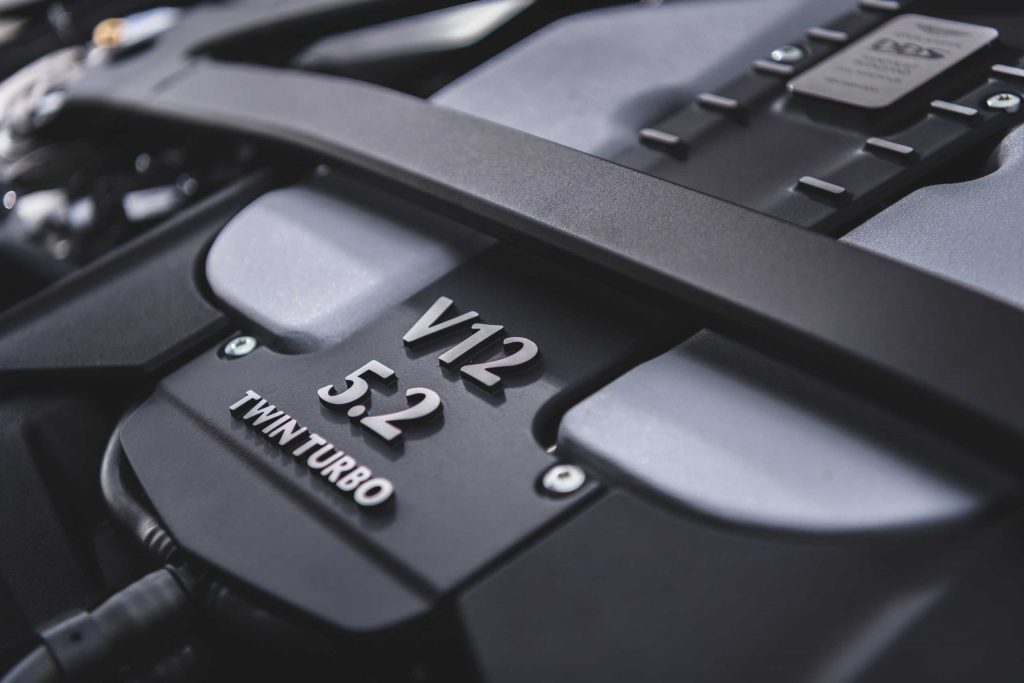 As I’m comfortably ensconced in the leather quilted leather pews, pottering about in the vehicle’s softest settings – GT mode – there is also Sport and Sport Plus, I can’t help but pore over in admiration the aforementioned Alcantara and leather-swathed cabin.

That 5.2-litre twin-turbo V12 nestling just behind the front axle ahead of me is barely ticking over and it manages to toddle about nonchalantly through the narrow village roads. Of course, my right foot is eager to push down on the go-faster pedal to see what this Super GT can do. However, at this point, the moment is rather inopportune, and I will have to wait until I reach a hopefully barren mountain pass.

In the interim, let me tell you a bit more about the engine itself. While it shares the architecture with the DB11 V12, it has been given a slightly higher boost pressure to muster 544 kW at 6,500 r/min and 900 Nm from 1,800 to 5,000 r/min and, allied to the ZF-sourced eight-speed automatic gearbox, it sends all that thrust to the rear wheels through a carbon fibre prop shaft.

In ideal conditions, it is said to hurtle to 100 km/h from rest in 3.4 seconds and will keep punching forward up to its terminal 340 km/h top speed – an exemplary performer by all accounts. 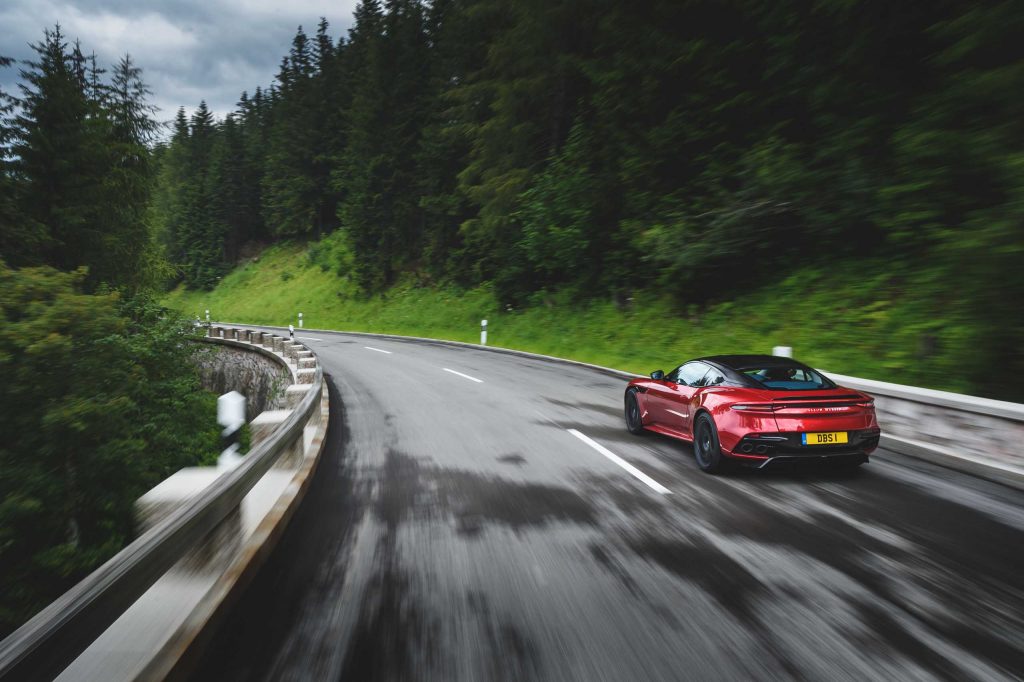 Then, as luck would have it, the road ahead opened and the mountain pass was imminent. I flick the steering wheel located drive mode button into Sport Plus and take over the gear changing reins from the computers. I dig deeper into the gearbox and find third gear, before mashing the throttle to the floorboards. All those 900 Newtons summoned in one fell swoop as the Super GT shifts from a consummate cruiser to a low-flying British missile that piles on speed at a rapid lick.

You actually run out of road before the DBS abates its relentless acceleration. Thanks to the 410 mm front and 380 mm carbon fibre disc brakes, its stopping power is incisive and confidence inspiring, allowing for later braking into the corners – so much so that you begin to lean into the car’s abilities and appreciate the sum of all the things that are good with this vehicle.

In the grand scheme of things, Aston Martin seems to be on quite a winning streak with its new wave of models, what with the new Vantage baying for the Porsche 911’s blood and the DB11 remaining the perennial GT in the stable. While, at the very upper echelons of the marque’s range, the DBS Superleggera is the crown jewel of the brand – the most powerful and evocative design to come from the Gaydon stable. I mean, just look at it!