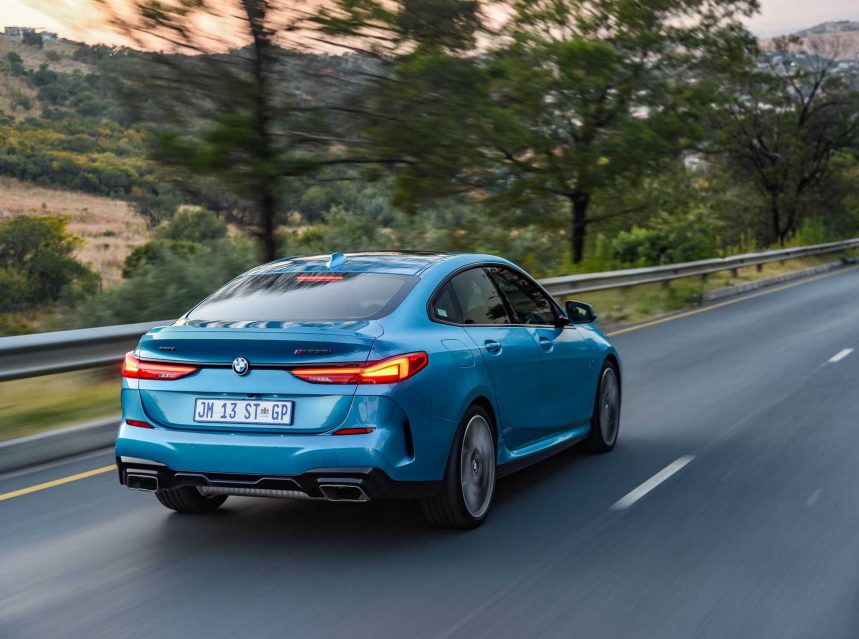 A TRIFECTA OF FOUR-DOOR COUPÉS

The launch of the Mercedes CLS back in 2005 pretty much ushered in a new wave of “four-door coupés”. With sedan sales plummeting worldwide, manufacturers have resorted to creating more visually exciting sedans to dissuade customers from migrating to the SUV market. Likewise, BMW has been expanding its four-door coupé line-up with the 4, 6 and 8 Series Gran Coupés being joined recently by the BMW 2 Series Gran Coupé.

For its launch, BMW invited us to Zwartkops Raceway in Centurion where we had a chance to test the 220d, 235i and the 218i Gran Coupés. 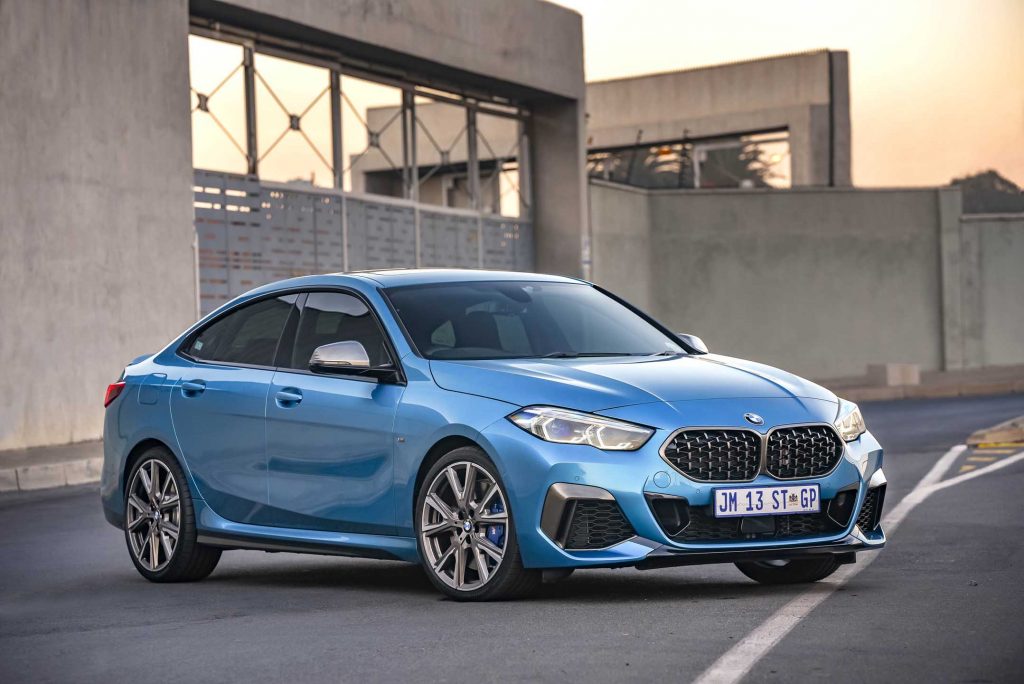 Four-door coupés are synonymous with style, but also impracticality. Their characteristically sloping rooflines, though stylish, eat into interior proportions. But more about that later.

I found the BMW 2 Series Gran Coupé to be a more striking car than the BMW 1 Series on which it is based. It embodies all the design changes that have been going on at BMW recently, with the front being dominated by a large kidney grille which thankfully is not as monstrously enormous as on BMW’s larger models. The side profile is largely defined by that sloping roofline that helps to give this car an athletic appeal. It is the rear for me which is the most exciting, though, dominated as it is by X6-Esque LED rear lights. The BMW M235i variant looks extra sporty thanks to the aggressive M sport body kit that adorns it. From my talks with the other journalists, I found the Gran Coupé’a looks to be polarising, to say the least, so this is one car to judge for yourself. 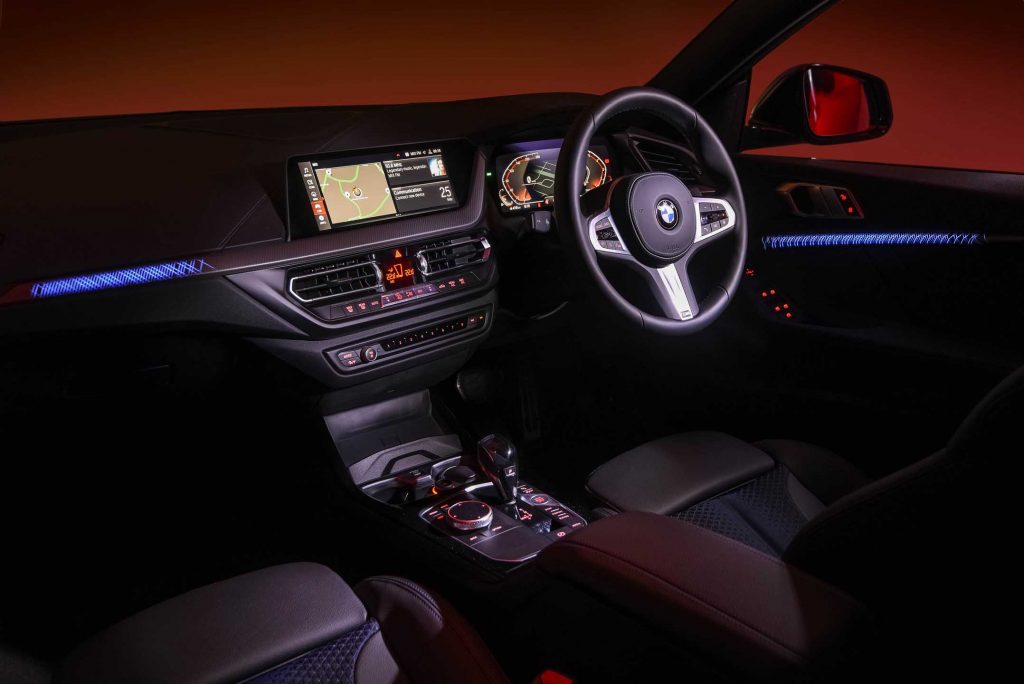 Frameless doors open up into a well built and beautiful interior, although it’s not as visually inspired as the exterior. There have been chatter over the years about how the BMW interiors all look the same and I dare say I am starting to agree. If you have sat in any of the recent BMW models, you would find the BMW 2 Series interior all too familiar. While this could be annoying to anyone spending top dollar to buy the top of the range models, it does offer an excellent value proposition to anyone buying the lower models on the family tree.

Everything is angled towards the driver in typical BMW fashion, with a clean and minimal button layout on the dash. Gone are the traditional instrument dials, with BMW joining in on the digital cluster movement. It all looks great and modern though the instrument cluster is a tad bit too dark for my liking. With a wheelbase of 2,670 mm, the space is decent for such a small car, though rear occupants would have to put up with compromised headroom due to the raked roofline. Luggage capacity is good for 430-litres.

The route BMW planned out for us was punctuated by a mid-morning refreshment stop at Silver Orange Bistro restaurant in Hartebeespoort, then a beautiful lunch at Roots restaurant at the five-star Forum Homini Hotel. I just cannot compliment BMW enough for such a well-planned day. During these stops, the cars were all sanitised and then swapped around to a different group of journalists so that by the end of the drive, we all had a chance to drive all three models. My impressions are based on the order in which I drove the cars. 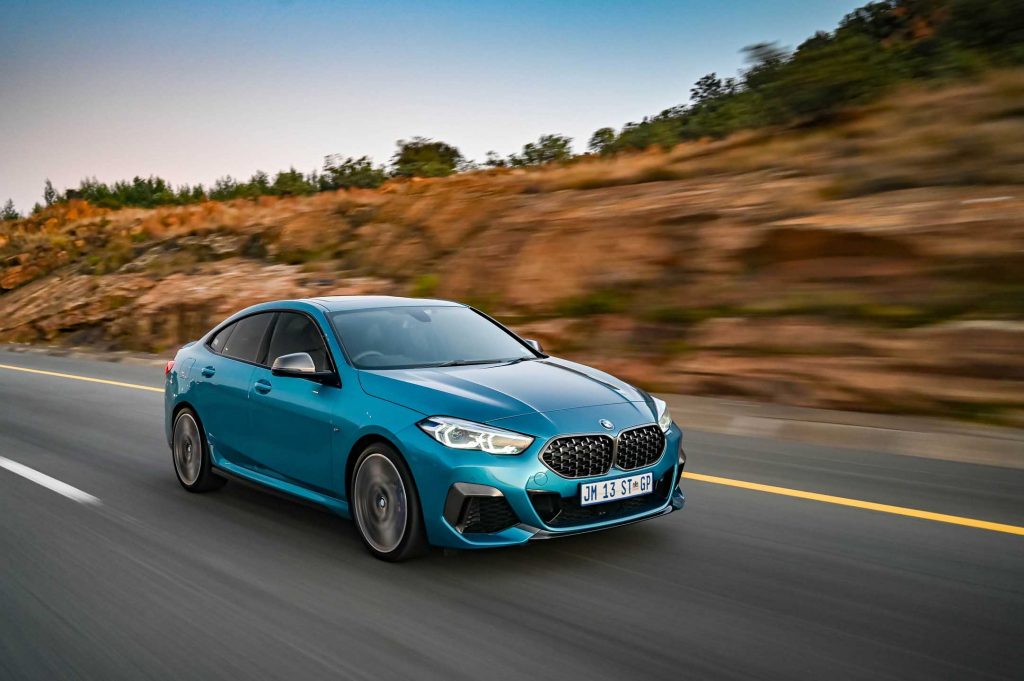 I started with the 2.0-litre diesel first. This unit is good for 140 kW and 400 Nm and is mated to an eight-speed automatic gearbox with the power being sent to the front wheels. From the moment I set off, the highlight to me was just how refined this diesel unit is. The gearbox knows to keep you in the lower rev range so the diesel vocals are never intrusive in the cabin. More spirited driving saw me hit 100 km/h in the mid-seven-second mark which makes for swift traffic light sprints on the daily commute. And despite that spirited driving, my average fuel consumption was about 5 l/100 km.

This one here was easily my favourite of the bunch for pretty obvious reasons. It has the most powerful engine in the line-up, being a 2.0-litre petrol unit producing 225 kW and 450 Nm, and is mated to an eight-speed automatic box. This model has BMW’s xDrive system which can send power to all four wheels. In normal driving, the rear axle is disengaged so that the car runs as a front-wheel-drive until extra traction is required and then the rear wheels step in.

The combination of a BMW’s most powerful four-cylinder engine and four-wheel traction saw 0-100 km/hr sprints being handled in the mid-four-second range. Slight turbo lag is evident in the comfort settings but becomes non-existent when you have the car in its sportiest settings. The suspension was best left in its comfort settings where it was the plushest since I found the sport settings a bit too firm for daily driving. Quick, responsive and with the fruitiest engine note, the BMW M235i was the best car of the bunch to drive. However, although it comes with a mechanical Torsen limited-slip differential and brake-actuated torque vectoring in the rear, the BMW M235i succumbs to being nose-heavy and will understeer if you approach a corner with too much enthusiasm. Fuel consumption was about 7.8 l/100 km.

Without a doubt, this was my least favourite drive. I will be honest in saying that driving the most powerful version of the BMW 2 Series Gran Coupé before driving the slowest offering of the bunch might have compromised my judgement a bit. Here we have a 1.5-litre three-cylinder engine producing 103 kW and 220 Nm hooked up to a seven-speed automatic box. BMW reckons that the 0-100 km/h sprint should be dealt within 8.7 seconds. By no means is this car a slouch. It just lacks the excitement that the other two offer. Regardless, I am sure it would be sufficient for city driving, but only just. The ride is just as soft as the other models and the cornering as direct. Fuel consumption is also a selling point here at a rated 5.9 l/100 km.

At R644,600 I suspect the BMW 220d will prove the most popular purchase as it provides the best value proposition as far as performance and efficiency are concerned. The R556,800 BMW 218i was just too boring for me and while the BMW M235i was the most fun to drive, it also costs the most with the price ranging from R785,100 upward. It all boils down to how much money you have lying around. It is also worth noting that the BMW 2 Series Gran Coupé has notable competition from the Mercedes CLA and Audi’s A3.