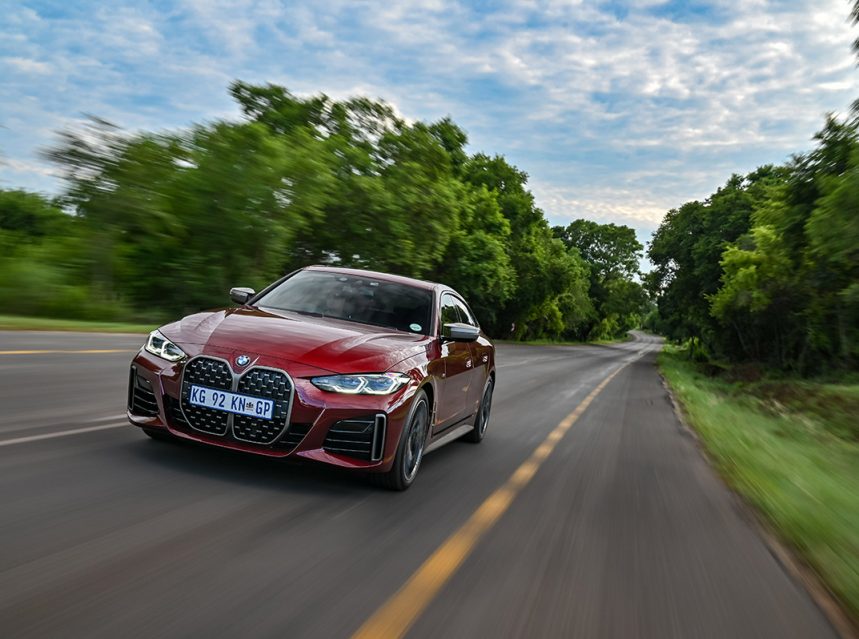 Can a coupé be anything other than a two-door sports car? BMW believes it can and have shown us their latest 4 Series Gran Coupé to prove it.

It has become common practice in the automotive world to repurpose names and descriptions to suit the latest trend. One of the most perplexing for me is the use of the term “coupé” to describe a variety of vehicle body styles that are not coupés in the original sense of the word: a two-door, fixed-roof vehicle with a sloping rear.

One would think that this explanation, being rather self-evident, would discourage automakers from using the term “coupé” for something that is not a coupé. Alas.

To be clear, though, I’m not scoffing at (most of) the designs that have predominantly been emanating from Stuttgart, Ingolstadt, and München.

Take the most recent iteration from BMW – the 4 Series Gran Coupé. By my reckoning, this is one of BMW’s more elegant designs of late. “Sweeping”, “curvaceous”, “striking” are all adjectives that suit this car rather well. It is lovely to look at and lovely to drive and offers significantly more exclusivity than a bog-standard 3-Series, with which it – surprisingly – doesn’t have all that much in common, except its ancestry.

A SPOT OF HISTORY

Before there was a 4 Series (or 6 Series, or 8 Series), there were odd-numbered BMW derivatives, with the 5 Series and 7 Series sedans being the original main acts. Later, the 3 Series compact sedan joined the fray and would appear in various shapes and sizes over the years. While an estate version of the 3 Series eventually disappeared in South Africa, two-door coupés and convertibles remained, and were called just that.

When BMW decided to change their nomenclature to include even-numbered ranges, the numbers 2, 4, 6, and ultimately also 8, would henceforth be reserved for coupé-style cars.

The first edition F32 4 Series arrived in 2014 in three versions – coupé (of course), convertible, and a five-door hatchback Gran Coupé with the internal tag F36.

BMW introduced the second-generation 4 Series to much fanfare and ridicule (due to its polarising massive bucktooth-esque kidney grille). A new Gran Coupé also joined the line-up, and we recently attended the launch of the revamped version. Three models were available at launch: 420i, 420d, and M440i xDrive.

At first glance, the versions available at launch all seemed somewhat similar in appearance, thanks to a plethora of “M Sport” options added to the launch fleet. In my opinion, the 4 Series is already attractive enough that it doesn’t need all the bells and whistles to “sexy it up”, but if we’ve learnt anything about BMW buyers in this country, it is that they love them some tricked out rides.

The interior of the Gran Coupé is pure BMW. The materials are decidedly well-chosen, and there is no fault to be found with the build quality. Newer BMWs have become increasingly more intuitive to control in recent years, and the available tech works well and is ergonomically well laid out.

The revamped three-model 4 Series Gran Coupé range employs two 2.0-litre four-cylinder turbo engine options (petrol and diesel), with the entry-level 20i petrol version offering 135 kW and 300 Nm worth of torque. The petrol engine will reach the 100 km/h acceleration threshold in 7.9 seconds and top out at 235 km/h.

The more popular 2.0‑litre turbodiesel engine offers 140 kW and 400 Nm and will reach the same milestone as its petrol-powered sibling in a slightly nippier 7.5 seconds. However, it is marginally slower at the red line, at 233 km/h.

Naturally, no report on a new BMW launch would be complete without a word on the top-end model. In this instance, it comes in the form of the M440i xDrive.

The M440i xDrive is not the most powerful 4 Series in BMW’s arsenal. That distinction is reserved for the M4 Coupé and Convertible, yet let’s be clear on one thing, the all-wheel-drive equipped Gran Coupé is mighty, to the tune of 285 kW and 500 Nm, and truly quick – from zero to 100 km/h in a lightning-like 4.7 seconds. As with most other BMWs, it is electronically limited to 250 km/h.

My advice to buyers considering a compact BMW sedan; just for a moment, turn your gaze from the 3 Series and consider a 4 Series Gran Coupé. The two cars may share several underpinnings, engines, and gearboxes, but where the 3 is the everyman, the Gran Coupé is an athletic beauty with astonishingly good ride quality. It has several other great attributes as well – I like the hatch for its more accessible access to the load bay, the racy frameless doors, the sensuality of its overall design, and the cosseting interior. I’m not a fan of the new-style recessed door handles (as they too easily slip from your grip), and the digital instrumentation is a mixed bag. These niggles aside, the 4 Series Gran Coupé gets an overall thumbs-up from me.