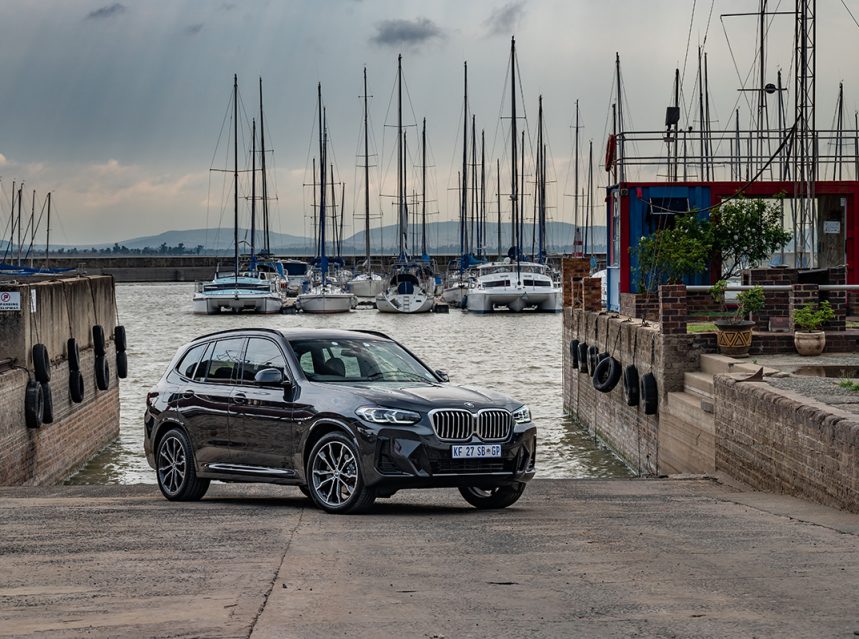 According to the French philosopher Jean-Paul Sartre, “we are condemned to be free”. The agony of freedom of choice experienced when searching for a mid-sized family crossover confirms Satre’s notion of condemnation. However, in a market flooded with crossovers, the BMW X3 remains a favourite and an easy choice in its segment. Coming in at just the right size, offering an exciting selection of powertrain options and exuding sophistication, the X3 combines all the desirable features expected from a crossover. With keys to a gorgeous new facelifted BMW X3 20d X-Drive M Sport, we were allowed to investigate whether the X3 still deserves a favoured slot at the top of the crossover pyramid.

Included in the BMW X3’s recent facelift, or Life Cycle Impulse (LCI), as BMW refers to it, the X3 has received some additional features to invigorate the vehicle. The pre-facelift model was notably a favoured design in this segment, sporting a similar appearance to the X5. This appearance continues in the new X3’s enhanced design. Revised front headlights are now entirely LED and are sleeker in appearance. These flank an even larger kidney grille, and the front apron has been redesigned to afford the car a sportier aesthetic. Additional alterations are noticeable at the rear, where redesigned tail lights radiate a stylish signature, providing the X3 with an identity that distinguishes it from the other BMW SUVs. The tailpipes have also been redesigned to appear sportier. Overall the X3 is handsome, and even more so with the M Sport package that adds many strategically placed M badges and blue brake callipers that add an extra touch of uniqueness.

The 2021 LCI facelift came with a few minor updates in the cabin. The redesigned dash and centre console enhance the X3’s cabin, aligning it with the current BMW interior design language. The infotainment system also got some love, with the LCD screen now coming in at 10.2” (or an optional 12.3”) and bearing the “BMW Live Cockpit Professional” moniker. The new system is both responsive and intuitive. Gone are the traditional analogue gauges, now replaced with BMW’s new and fully digital instrument cluster. The X3 also comes with Android Auto and Apple CarPlay connectivity which improves the functionality of the infotainment unit.

The rest of the cabin remains unchanged, which is acceptable. Even before the facelift, the roomy cabin, with its comfortable seats, premium materials and sturdy build quality, was pleasing. These desirable features, combined with the new updates, make for a well-appointed and tasteful cabin. Cargo space also remains plentiful at 550 litres with the seats up and 1,600 litres when the 40:20:40 split rear seats are folded.

Out on the Road

The 20d is powered by a 2.0-litre turbo-diesel four-cylinder engine coupled with an 8-speed ZF gearbox. This engine is capable of 140 kW of power and 400 Nm of torque. Being an X-Drive model, the power is delivered to all four wheels, enabling the car to deliver its claimed zero to 100 km/h sprint in 8 seconds.

Driving the X3 20d is pleasurable, with sufficient performance to make daily driving a desirable experience. This may not be the quickest kid on the block, but power delivery is purposeful and adequate.

The engine is most comfortable when out on the highway, where that diesel torque comes into play to provide comfortable cruising speeds with the revs barely rising above idle. Overtaking is also a breeze as you don’t have to rev out the engine to access the requisite speed. The smooth ZF gearbox eagerly engages at the touch of the steering wheel-mounted pedals. That said, it works even better when left to its own devices.

The ride quality is comfortable and in character with the vehicle. True to BMW’s heritage, the X3 offers excellent steering response and turn in when pointed into a fast corner, especially in Sport mode. While not a hot hatch, mind you, the X3 offers significant driver engagement, and ultimately, enjoyment. The X-Drive system also provides notable all-wheel traction, inspiring confidence in wet conditions. The highlight of driving the 20d is the efficient fuel consumption, which averages around 6 l/100 km.

Sound build quality, gorgeous styling, a spacious and comfortable cabin, and a frugal yet capable engine demonstrate why the X3 is considered one of the most well-rounded crossovers on the market. If performance is not the only requirement when searching for a mid-sized family crossover, the BMW X3 certainly ticks all the boxes.