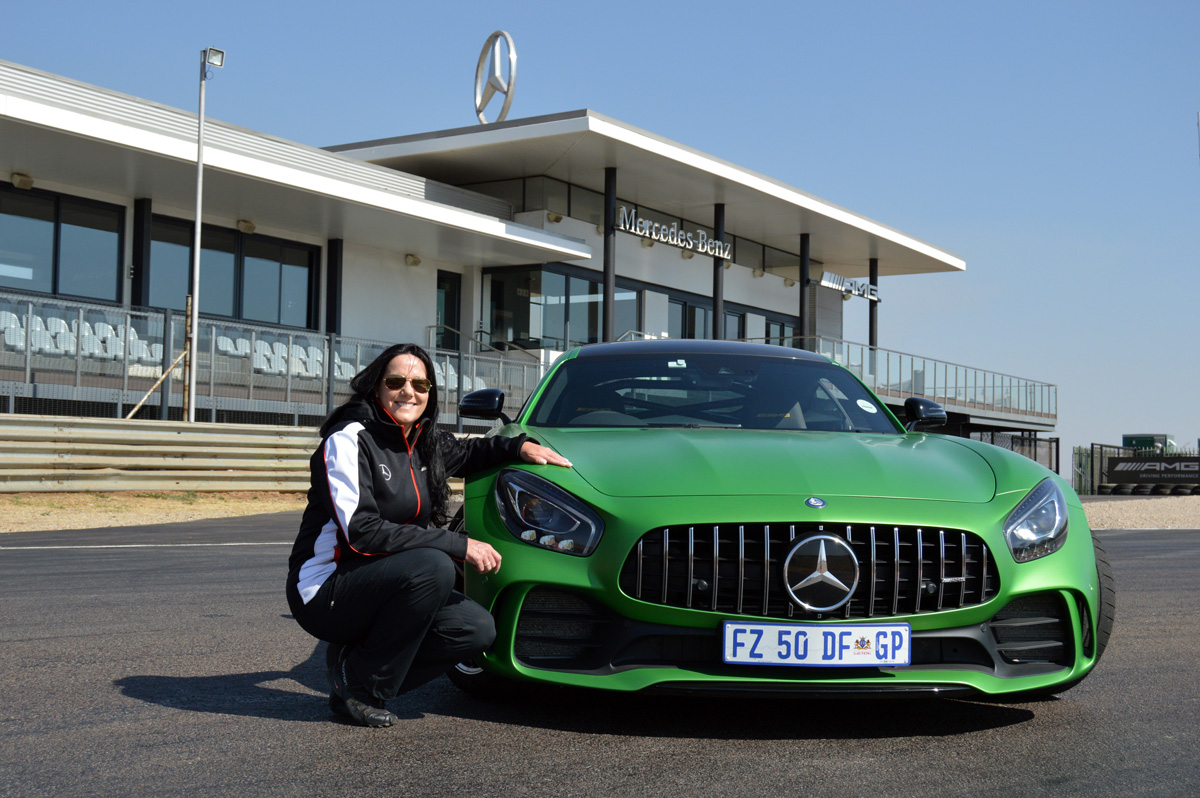 As we celebrate women’s month, we thought it prudent to also cast a spotlight on ladies plying their trade in the still male-dominated automotive industry. While there’s a sizable catalogue of women doing exceptional work in the industry, we have had to whittle it down to just three largely due to space constraints, but you can rest assured that this is not the last time that we will be celebrating women automotive in our pages.

Born in a motorsport frenzied family, Natalie Weston’s fond memory of being bitten by the motorsport bug dates to when she was only six-years-old when her dad and brother would follow the legendary Rallies and ace driver of that era, Sarel van der Merwe. Sister to the ebullient racing driver, Clint Weston, Natalie nonchalantly started driving at the age of 15 when she would clandestinely steal her brother’s car for a joy ride. Of course, her brother finally discovered what she was up to and offered to teach her how to drive, unaware that this would later shape her career path.

About a decade ago, Natalie decided to become an advanced driving instructor at Mercedes-Benz Advanced Driving, where her brother Clint was the chief instructor and has since gone on to train hundreds of men and women the art of precision driving.

“Contrary to what people might think about stunt driving entailing crashing cars and the like, although I have once driven a car off a cliff on a movie set, precision driving remains the gist of the gig. The production company gives you a tight brief on the type of close car-to-car tracking footage they are looking for and expect you to get it right from the onset,” says Weston.

In her spare time, she also enjoys horse riding and has a fetish for classic cars with 1967 Ford Shelby Mustang ranking highly in her books. One of Weston’s passions is to see more young people coming to their driving academy to hone their skill and, more importantly, have you women becoming driving instructors and flourishing in this space.

“All that women require to excel in the automotive industry is to build their confidence as that will allow them to believe in their abilities to push the envelope,” concludes Weston. 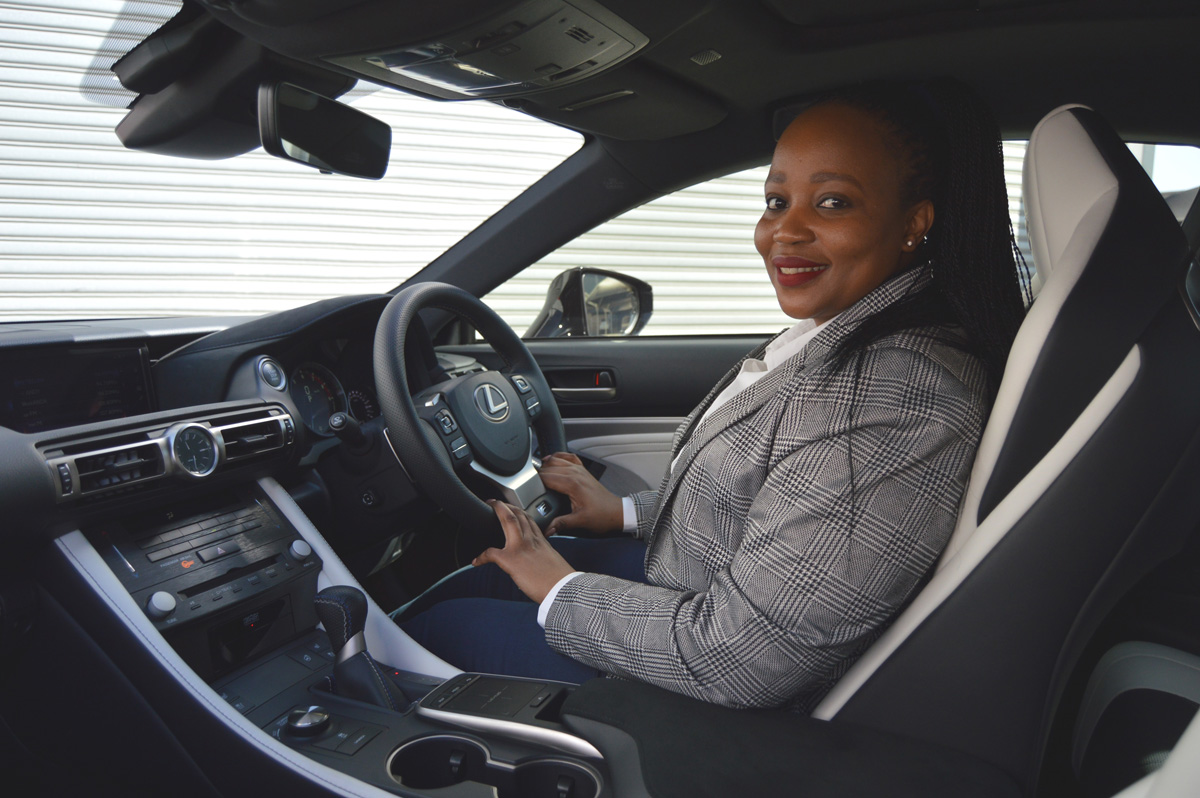 Being one of a handful of women working in the marketing planning for one of the more prominent automotive manufacturers, Basetsana Msimanga, has for the past 12.5 years worked in the automotive industry. Having studied and cut her teeth in Logistics Management, Msimanga’s foray into the industry started in 2007 when she was responsible for designing packaging for various automotive parts such as bumpers for Toyota’s parts department. Yes, the automotive supply chain is that intricate.

She then moved to live and work at Toyota in Japan from 2009 to 2011 before returning to SA to assume a position at the company’s Planning Department. This entailed, among other things, determining new vehicle pricing. “This was essentially my introduction to the business and taught me how to sharpen my negotiating skills,” says Msimanga.

She then assumed a position in dealer planning for 12 months, a position she says she derived a great deal of pleasure from as it brought her closer to the coal face of the business, essentially the link between the product and customer. Returning to Product Planning a year later, Msimanaga says she had a better and clearer understanding of the entire value chain.

“I’m planning to move into business planning in an executive capacity and having mentors such as our company’s president and CEO, Andrew Kirby and our vice president of marketing, Glen Crompton, I feel I have the right people to look up to achieve this,” concludes Msimanga. 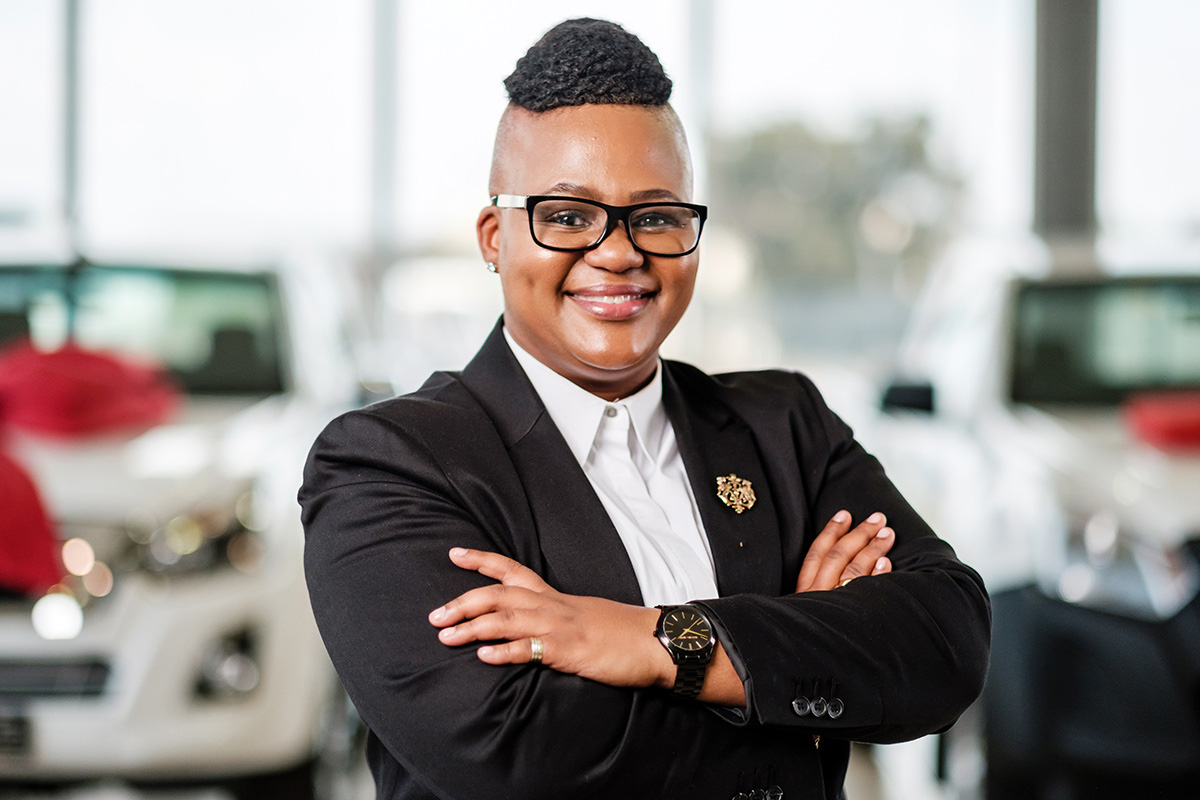 Marcia Mayaba may be a name not familiar to anyone outside of the automotive industry, but this titan has truly carved an admirable career in the industry, having held various senior positions in the retail space. These include, among others, being one of the first black dealer principals for various brands including Volkswagen, the now-defunct General Motors and, most recently, Isuzu. With a career spanning over two decades in the automotive retail space, Mayaba was recently appointed Franchise Executive for Barloworld Motor Retail, looking after Ford and Mazda brands respectively.

MISA (Motor Industry Staff Association) also played a key role when it recently appealed to the South African retail motor industry to accelerate gender equality in the sector, citing that the industry has been, and continues to be, male-dominated.

“My appointment proves that consistent hard work, tenacity and persistence does pay off.  It reaffirms my existence in the motor industry over 22 years and reinforces that I am a necessary disruptor to continue to break the gender and race stereotype, the barriers that exist for women and to continue creating opportunities, coaching and mentoring the young and upcoming female talent,” says Mayaba

Mayaba says her journey is one that can inspire those who want to follow in her metaphorical footsteps and carve a niche in this exciting yet challenging industry.

To the young women – “Always do enough to remain relevant, let your results speak and always remember to send the lift back down as you climb the ladder of success as a woman in the industry,” concludes Mayaba.

If anything, Marcia’s career path is one that was littered with potholes, speedbumps and detours, but her tenacity and will to make an indelible mark on the automotive industry. Nonetheless, her meteoric rise to the upper echelons of the automotive industry should be documented in the annals for future generations to draw inspiration from.