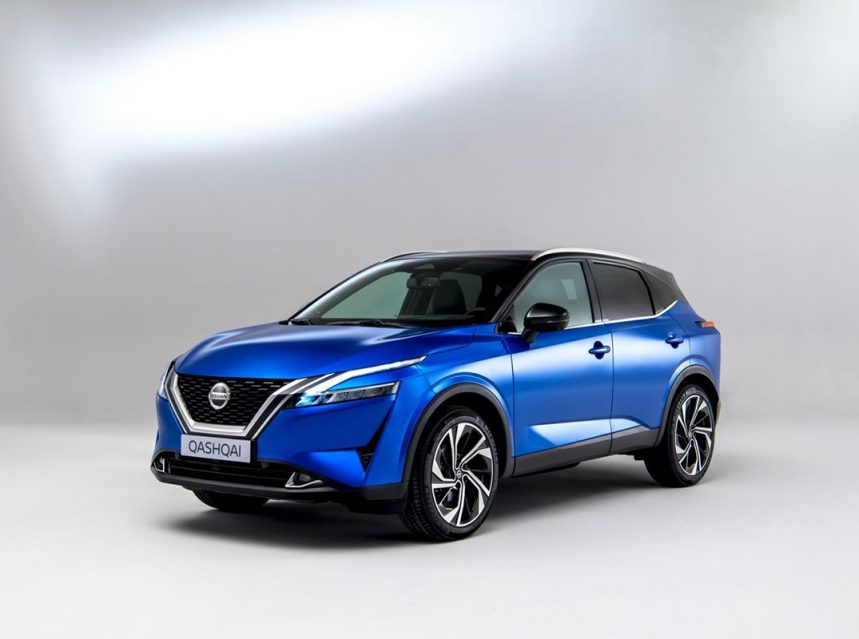 The all-new, third generation Qashqai, revealed in February 2021, retains the guiding principles that have driven the concept, design and development of the two previous generations – testament to the genius of Shiro Nakamura, the designer who penned vehicles merging SUV and sedan shapes before the term crossover was even coined.Nakamura, now retired, pioneered new ground with the quirky Juke, its Kicks successor, the Murano, the Infiniti FX and the Qashqai.

In the process he transformed Nissan and Japanese design – and helped to make “crossover” a household word… The Qashqai was the crossover pioneer, and the production version was an overnight sensation when it arrived in 2006 – rescuing the beleaguered Nissan Europe (and to an extent, the Nissan Africa-Middle East business unit too). Since then, more than three million units have been sold.Now based on the Nissan Alliance CMF-C platform, the European designed and engineered Qashqai retains its unmistakable Nakamura-inspired styling, but with more muscular, sharp and modern lines and a purposeful stance. It is slightly bigger (+35 mm in overall length, +25 mm in height and with a +20 mm extended wheelbase) and the V-Motion grille (another Nakamura contribution) is enlarged.

The grille is flanked by slim, full LED advanced matrix headlamps with boomerang signature daylight running lights, and on the side a single ‘fast line’ strikes through the car from the front to the rear. It will now for the first time be available with 20-inch alloy wheels, and eleven body colours with five two-tone combinations create 16 variations to choose from. The new Qashqai is equipped with a 1.3 DiG-T petrol engine with mild hybrid technology, offered with two power outputs – 103kW/240Nm and 116kW/270Nm – mated to either a six-speed manual transmission, or new Xtronic gearbox, in 2WD and 4WD guise (on high-powered XTronic models). An e-POWER model with a 1.5-litre petrol engine and electric powertrain delivering a combined output of 140kW will also be available.

First customers in Europe are offered a special launch version called the Premiere Edition, and Nissan South Africa has confirmed the new Qashqai will make its local debut later in the 2021 financial year… with exact timing and spec to be released in due course. We will have more on the new Qashqai in our April/May edition.