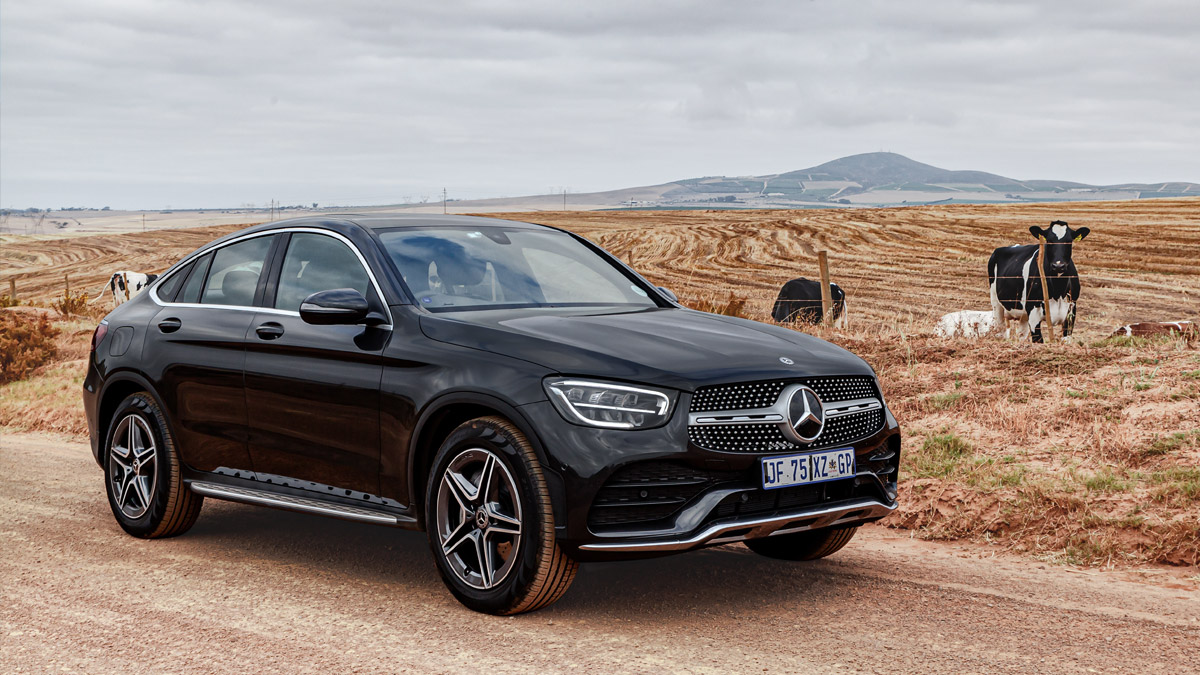 The Mercedes-Benz GLC Coupe is one of those SUVs that throw the notion of sensible styling to the wind. It’s big, unrepentant and quite frankly not as practical as its more ‘conventional’ sibling and, well, buyers seem to love that sort of thing.

This kettle of vehicle’s history is well-documented. Just last month we featured Merc’s arch-rival, BMW’s, new X6 on the cover wherein my colleague, Lerato, delved deeper into where it all started. However, the mighty X6, and its forthcoming rival and bigger brother to our tester, the GLE Coupe, plays in a different segment altogether.

With a continuous market assault, and Porsche also joining the Coupe fray, it’s safe to say that there is certainly a market for these oversized coupes. But, like me, I’m sure many are asking that one question: What is the point of paying more for something that offers less space? 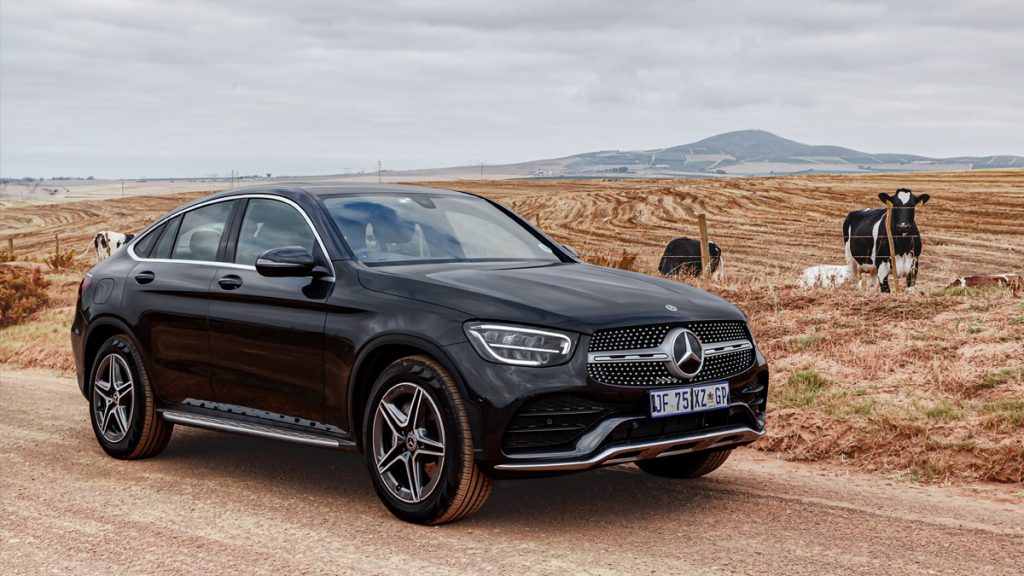 During my week-long stint with the Mercedes-Benz GLC300d Coupe, the opportunity arose to transport a few months’ worth of braai wood in the boot. With a tarp laid out in the rear, I continued onwards with my test in the name of consumer interest.

I’m happy to report, though, that despite initial concerns, everything fit just snuggly. If we must translate that last statement into figures, since that is what apparently sells cars, the GLC Coupe’s boot boasts 500 litres of space, while the non-coupe derivative weighs in at 550 litres. If, however, you’re looking at transporting a lofty block, the sloping roofline and rear window might prove to be a limiting factor. But then again, there is always a way around a problem – like folding the rear seats forward.

Unlike its higher-up-the-product-portfolio GLE sibling, the GLC Coupe is merely a facelifted model. The exterior has received a dramatic brush of refinement, with redesigned lighting signatures at the front and rear, while the outline, especially at the roof’s tipping point, just looks more cohesive than that of the pre-facelift model.

From a cabin perspective, though, it’s still very much familiar with the same centre console with our tester boasting the 10.25” optionally specified media display (R9,400) replete with all the functionality of the more intuitive MBUX system. Furthermore, our tester still had the dated analogue instruments fitted to the binnacle, which considering how in touch with modernity the rest of the GLC300d felt, was quite disappointing. It should be standard fare, if I’m to give my two cents on the matter. 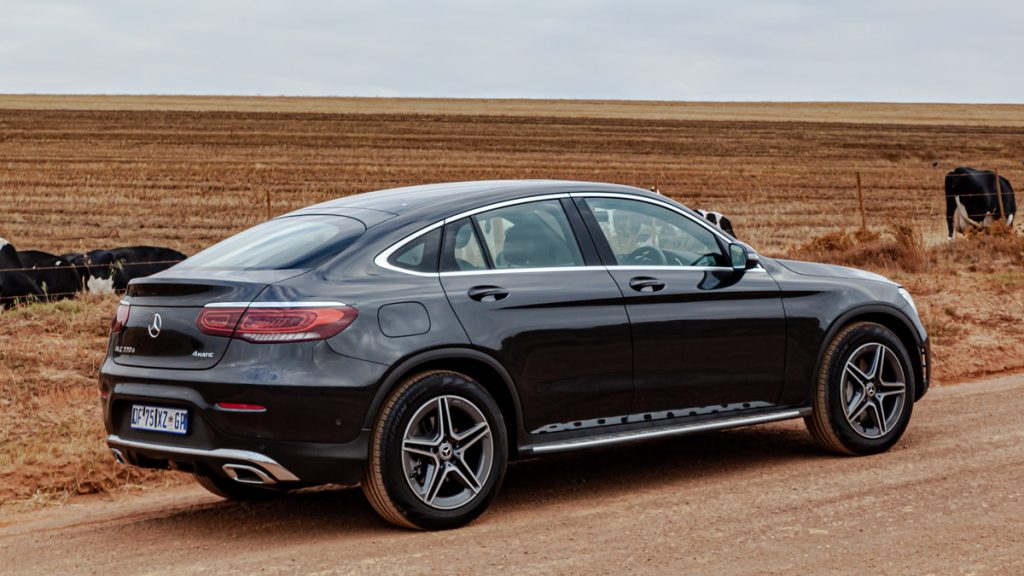 Under the bonnet lives one of the best-balanced oil-burners I’ve yet experienced from the tri-star. On paper, at least, the sum of components from the 2.0-litre turbodiesel that is mated to the 9G-Tronic 9-speed shifter looks to be erring on the side of conservative. On the power front, it’s good for 180 kW while the wheels can turn with a lively 500 Newtons worth of torque.

Apply these figures to the real world, however, and the engine takes care of the daily with a measure of finesse. Dial it up and into Sport+ mode, and the entire car’s entire character changes. The throttle response becomes quick-tempered and the usually comfortable damping morphs into a state of firmness wherein it taunts the notion of a corner. And yes, despite the substantial bulk of this coupe SUV, it can corner!

In complete contrast to this, when the driving mode switch is slotted into Eco mode, it merely sips diesel in small doses. During a real-world economy test, with a combination of highways and a combination of some careful inner-city driving, the engine’s consumption settled into 4.9-litres / 100 km. That’s impressive no matter how you slice it. 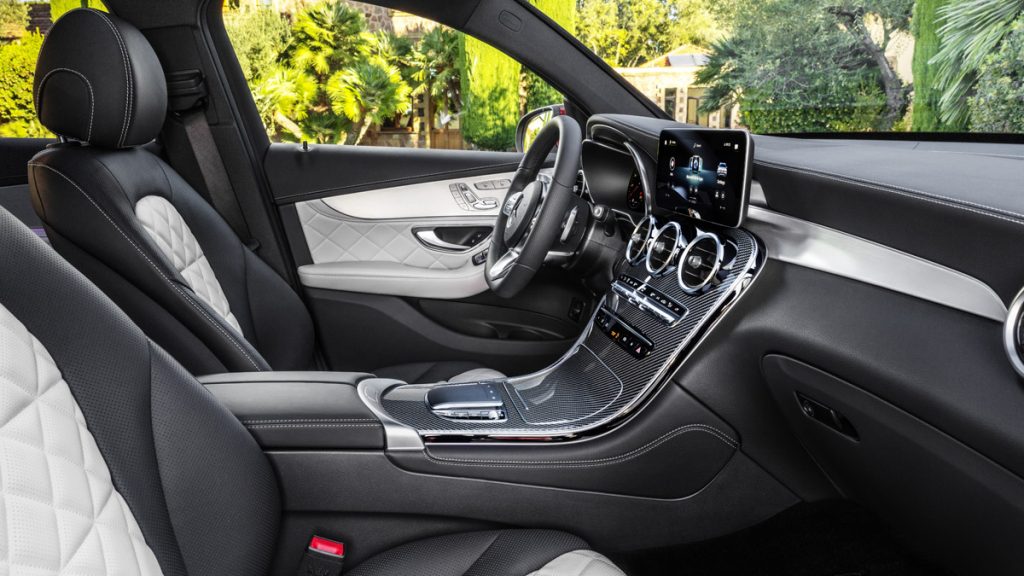 But, how does it fare against its BMW X4 rival? Well, while the GLC Coupe is merely a facelift and serves as a stopgap measure until the arrival of the new model, I deem the upgrades to be just enough to give it a marginal edge on the scales of desirability.

Sure, the X4 is the more tech-savvy of the duo and BMW also offers a wider engine and performance scope with its X4, but the carmaker’s overall treatment of rigid logic, especially that of the cabin, in a car that was initially conceived to add distinction, means that the Beemer doesn’t quite add that same sense of occasion. Then again, some buyers prefer that approach.

The SUV Coupe class, and especially the Mercedes-Benz GLC300d, is a difficult car to rationally place into any area of the market where it serves a real-world purpose. Then again, it was never supposed to do anything other than add a sporty and good-looking spin over that of its conventionally styled SUV siblings. And that it does brilliantly.