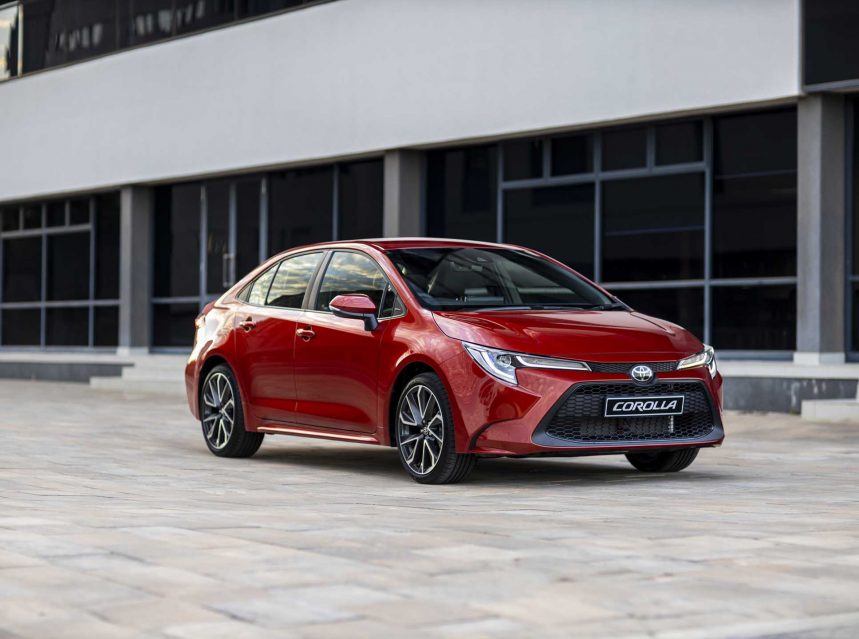 Normally, the release of a new Corolla range in South Africa is a momentous occasion but the pandemic caused by a virus scuttled the launch plans for the 12th generation model. We did, however, manage to sample a 2.0 XR 6MT version just before lockdown

It all started with Crown back in 1955, followed by Corona, Tiara and Corolla. Of these coronet models, only Crown and Corolla remain today, with the compact city car designated “small crown” capturing the global automotive market to become the best-selling automotive nameplate in the world.

First launched in 1966, total global cumulative sales of all Corollas officially stood at 47.65 million (as of August 2019), and is by now probably fast approaching 48 million. One could safely predict (even factoring in the effects of Covid-19) the 50-million mark will be reached within the lifespan of the latest E210 generation.

The new Corolla hatch, that shares a platform with the subject of this article, has been well received locally – it has recently been voted a Car of the Year finalist – and our experience of this model (albeit in 1.2-litre petrol turbo guise) heightened our expectations of the newly released sedan, available here with either a naturally aspirated 1.8-litre engine coupled with a CVT or with a 2.0-litre engine and 6-speed manual gearbox or 10-step CVT. 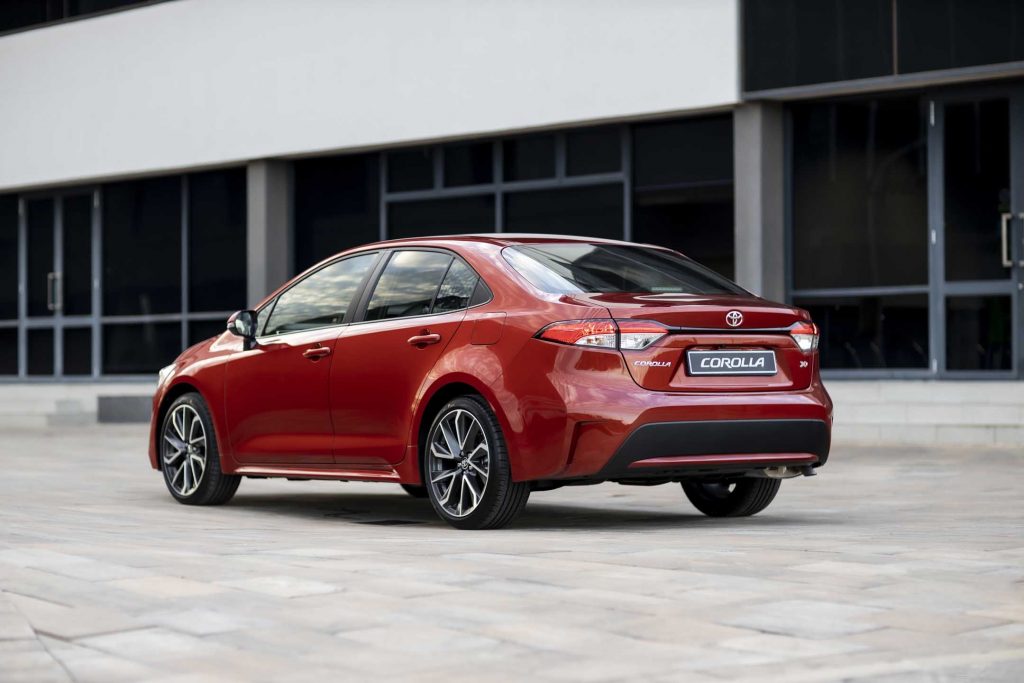 Corollas have never been known for daring designs but following the expressive lines of its hatch sibling, with strong front-end treatment and flowing lines, the newcomer is arguably the best-looking Corolla ever. Featuring a prominent lower apron, large trapezoidal lower grille and sculpted, arrow-shaped headlights it is visually much more aggressive than its predecessors.

A short roofline, sloping C-pillar and short rear overhang, as well as a front and rear tread having been increased by 11 and 22mm respectively, adds to a wide stance and more dynamic presence. Offered in XS and flagship XR grade, the new Corolla models are available with a choice of eight exterior colours, six of which are new.

The similarities in terms of interior design and appointment between our 2.0-litre XR sedan and its hatch counterpart was very evident, with soft-touch materials and brushed metal accent strips lending a premium ambience to the cabin. The only telling difference was the blue contrast stitching on the seats and panels, and blue illumination for the switchgear and instrument panel.

The revised rib-patterned seats covered with a synthetic fabric called Rezatec felt comfortable and with electric adjustment for the driver’s seat, it was easy to find the best driving position. A large 7” multi-information display with touchscreen interface provides Apple CarPlay and Android Auto connectivity.

Grey accent trim elevates the feeling of class in the cabin but perhaps the biggest revelation was how quiet it is – even at high speed – due to the generous use of sound-absorbing and insulating material to reduce engine, transmission, wind and road noise into the cabin.

In this respect, the new Corolla compares well to the best German compact sedans, and its 470-litre boot is cavernous measured against the already voluminous luggage space of the Quest (452 litres) and its direct competitors, the Honda Civic (424 litres) and Mazda3 sedan (444 litres).

Outfitted with the long-stroke M20A-FKS 2.0-litre Dynamic Force engine (also used in the latest RAV4) power delivery in the new sedan differs widely from its turbo-driven hatch sibling. Compared to the eager and sporty feel of the force-fed mill in the hatch, the normally aspirated engine in our XR model, even with a claimed 125 kW of power and 200 Nm of torque, felt much more laidback and relaxed – clearly tuned for long-distance efficiency rather than performance.

While one may have wished for more engine urge and motivation, the 6-speed manual transmission with iMT was an utter joy to use. With a slick action and short, precise throws it certainly livened up the whole driving experience; further enhanced by the Corolla’s impeccable ride quality.

It glides over undulations; achieved by using newly designed coil springs and quicker shock absorber responses and using slightly softer suspension settings than on the hatch. The more lenient settings don’t detract from the Corolla’s excellent handling traits; its turn-in is quick and steering response is linear in the corners.

This superior handling stability and ride comfort, coupled with good build quality (although the radio system in our test unit had a dodgy connection, influencing the sound quality) elevates the new Corolla into the premium compact sedan segment.

Our first experience of the new Corolla sedan verified why this range usurped the space previously occupied by models like the Corona, Carina, Caldina and Avensis, and besides the Crown is now the longest produced sedan model range in Toyota’s history.

The Corolla now truly is a “baby-Camry” – a vehicle that can confidently compete with any German-made premium compact sedan, and is good-looking too. Retailing for R412,300, the imported XR manual also represent good value compared to the much less powerful Mazda3 1.5L Individual (R418,800) and the Honda Civic 1.8 Elegance CVT (R416,700). It still is a precious jewel in Toyota’s crown.