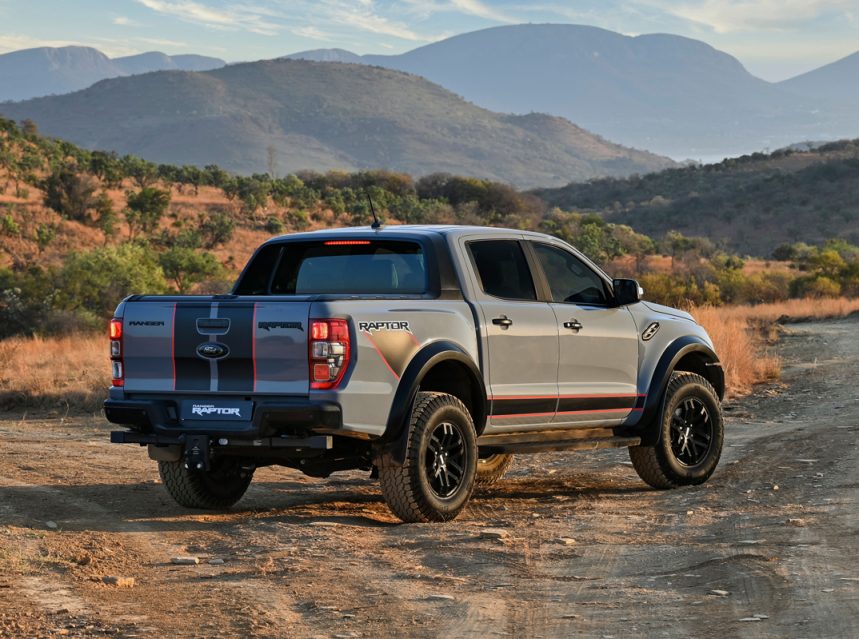 Although the Ford Ranger’s successor will soon hit our shores, the Ranger Raptor SE demonstrates that the outgoing generation remains at the top of its game.

Long before the advent of social media, Steve Jobs predicted that in the future, the news would find us. Therefore, I have little doubt that the information and pictures of the all-new Ranger Raptor would have caught your attention. However, before we review the ‘all-new’, we decided to cover the ‘all-good’, especially since Ford has given the current Ranger Raptor the special treatment as part of the generation’s final hoorah.

Known as the Ranger Raptor SE, the new pickup marks the end of a generation. We love a good pickup here at Driven, and when the opportunity came to review the Raptor SE, we were more than eager to take it on. More importantly, we had a question on our minds that we needed to answer: given what we know about the next-generation Ranger Raptor, is it still worth getting the Raptor SE?

Like most Special Edition models released for the outgoing generation, the Ranger Raptor SE’s modifications are an entirely cosmetic affair that builds on the standard Ranger Raptor. The SE’s bonnet and roof are adorned with muscle-car-esque dual stripes that run the length of the vehicle and onto the tailgate. These stripes are complemented by decals running along the side of the SE, together with Raptor stickers. The bakkie is also treated to a black manual Mountain Top roller shutter and matte black fenders, grille, and door handles. The red outlines on the stickers are complemented by the red tow hooks attached to the front bumper. As if the stickers and black trim do not give the Ranger Raptor enough presence, the SE comes riding on 17” alloys, wrapped in chunky 35” rubber. This here is a Special Edition vehicle that looks the part.

If you are familiar with the Ranger Raptor’s interior, you will find the SE’s cabin extremely familiar. Where the standard Raptor made do with blue contrast stitching, the SE swaps that for red stitching and a red centre marker on the bakkie’s steering wheel. You will also notice that the instrument cluster has been delivered in Raceway grey, while the body-hugging seats come with a suede-like material instead of full leather.

Sure, the next generation Raptor promises a more high tech cabin experience, but I would wager that the SE would satisfy any Raptor fan. Apart from the SYNC 3 infotainment system, which, in my experience, is an intuitive and competent interface, the added convenience of Android Auto and Apple CarPlay makes a welcome appearance.

Since the SE is cosmetic-centric, the mechanical underpinnings are no different from the standard Ranger Raptors. Underneath the bonnet hides the familiar 2.0-litre bi-turbodiesel engine, which fires out 157 kW of power and 500 Nm of torque, and is mated to Ford’s 10-speed automatic transmission.

While some enthusiasts bemoaned the relatively modest performance figures for something bearing the Raptor name, this pickup was never meant to be a full-out performance machine like its American sibling. Instead, the Ranger Raptor was designed to provide the best stock off-road experience. That said, 500 Nm of torque is nothing to scoff at, especially in daily applications. The Raptor SE manages to move its heft with reassuring ease, be it from a standstill or while on the highway. It may not be able to match the V6 Amarok in outright speed, but the Raptor SE was quick enough to thrill my inner speed demon. I was also pleased by the SE’s road manners due to its highly compliant suspension, which borders on SUV-like refinement and invites you to explore roads less travelled.

Designed to shine both on and off-road, the Raptor SE features a specially tuned Fox suspension setup, large wheels with 35” rubber and protective underbody plates, 283 mm of ground clearance, 850 mm wading depth and a 32.5-degree approach angle. Save for some heavily modified pickups in this segment; the Raptor SE has no competition, which is its best feature. With its purposive aesthetics and engineering, this is the one pickup that does not need to visit the aftermarket shop. Instead, this beast rolls off the showroom, ready to dominate the wild.

The Raptor SE serves as the last hoorah of the outgoing Ranger generation, and what a strong finish it is. With stunning looks, a refined cabin and capable performance, the Force remains strong with this one, and despite its ageing platform, remains a formidable alternative to the competition. As we mentioned in the intro, we set out to determine whether there was any point to the Raptor SE given the pending release of the next-gen Ranger Raptor. Our answer is simple: YES. The Raptor SE has lost none of its appeal and is guaranteed to satisfy any prospective pickup buyer looking for a stylish lifestyle bakkie with great off-road DNA.

If you purchase a Ford 4×4 vehicle via any Ford dealership, you will receive a complimentary Level 1 4×4 driving skill service from the Ford Adventure Club.