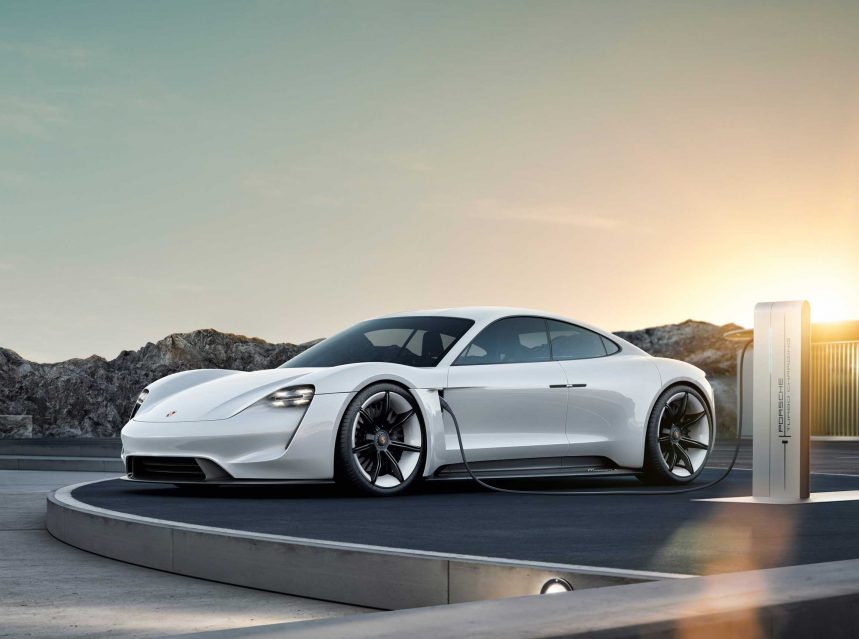 Series production of the first purely electric Porsche is set to begin in 2019. This follows the carmaker’s ‘70 years of Sports Cars’ ceremony, where it also announced that the all-electric Mission E concept will now be known as the Taycan (pronounced Tie-Kahn).

The name can be roughly translated as “lively young horse”, and references the leaping steed that has been at the heart of the Porsche crest since 1952.

“Our new electric sports car is strong and dependable; it’s a vehicle that can consistently cover long distances, and that epitomises freedom”, explained Oliver Blume, Chairman of the Executive Board of Porsche AG. The Asian name also signifies the launch of the first electric sports car with the soul of a Porsche.

Two permanent synchronous motors (PSM) with a system output of over 440 kW can slingshot the electric sports car to 100 km/h in well under 3.5 seconds, continuing onwards to 200 km/h in under twelve seconds.

This performance is in addition to a continuous power level that is unprecedented among electric vehicles: Multiple standing starts are possible in succession without a performance loss, and the vehicle’s maximum range is over 500 km (NEDC cycle).

Porsche plans to invest more than six billion euro in electromobility by 2022, doubling the expenditure that the company had initially planned. Of the additional three billion euro, some 500 million will be used for the development of Taycan variants and derivatives.

Automobili Pininfarina is the world’s newest car brand that plans to develop, and produce, a range of extraordinarily luxurious and high-performance EVs designed by legendary Italian styling house, Pininfarina SpA.

The first of which will be a low volume ultra-luxury electric hypercar that is codenamed ‘PF0’. It will then be followed by a range of low-volume all-electric cars that include luxury SUVs that are sold and serviced through a network of experienced luxury car retailers.

And if Pininfarina can build it as they dream it, the PF0 will offer performance figures similar to that of the Tesla Roadster and the Rimac C Two with a sub-two-second zero to 100 km/h times and a top speed of over 400 km/h.

According to Pininfarina, it also aims to squeeze a range of over 500 kilometres from the electric vehicles.
These challenging performance targets are supported by the race-winning experience gained from Mahindra Racing’s Formula E experience, as well as early partnership discussions with some of the world’s leading electric technology and software innovators.

The PF0 concept is scheduled for private client viewings during Monterey Car Week in August.

Porsche is really going the electric mile since it also acquired a minority share of 10% in the Croatian technology and electric sports car company, Rimac Automobili.

In 2009, the boy genius and founder Mate Rimac (now only 30), began working from his garage on his vision of producing electric sports cars that could offer both speed and excitement.

Rimac recently presented the latest version of its electric hypercar, the C Two, at the Geneva Motor Show in March 2018. The two-seater produces 1,427 kW and covers the zero to 100 km/h sprint in just 1.85 seconds, while its also capable of reaching 412 km/h. It has 650-kilometre NEDC range and achieves an 80% battery charge in only 30 minutes through a 250 kWh fast-charging system. Furthermore, the company engineers and manufactures high-performance electric vehicle powertrains and battery systems.

As part of its electrification efforts, Porsche is seeking a development partnership with the young company. “By developing the purely electric two-seaters super sports cars, like the ‘Concept One’ or ‘C Two’, as well as core vehicle systems, Rimac has impressively demonstrated its credentials in the field of electromobility”, said Lutz Meschke, Deputy Chairman of the Executive Board and Member of the Executive Board for Finance and IT at Porsche.

“We feel that Rimac’s ideas and approaches are extremely promising, which is why we hope to enter into close collaboration with the company in the form of a development partnership.”

CEO of Rimac Automobili, Mate Rimac shared this sentiment. “This new partnership is an important step for Rimac on its way to become a component and system supplier of choice for the industry in electrification, connectivity and the exciting field of Advanced Driver Assistance Systems.” 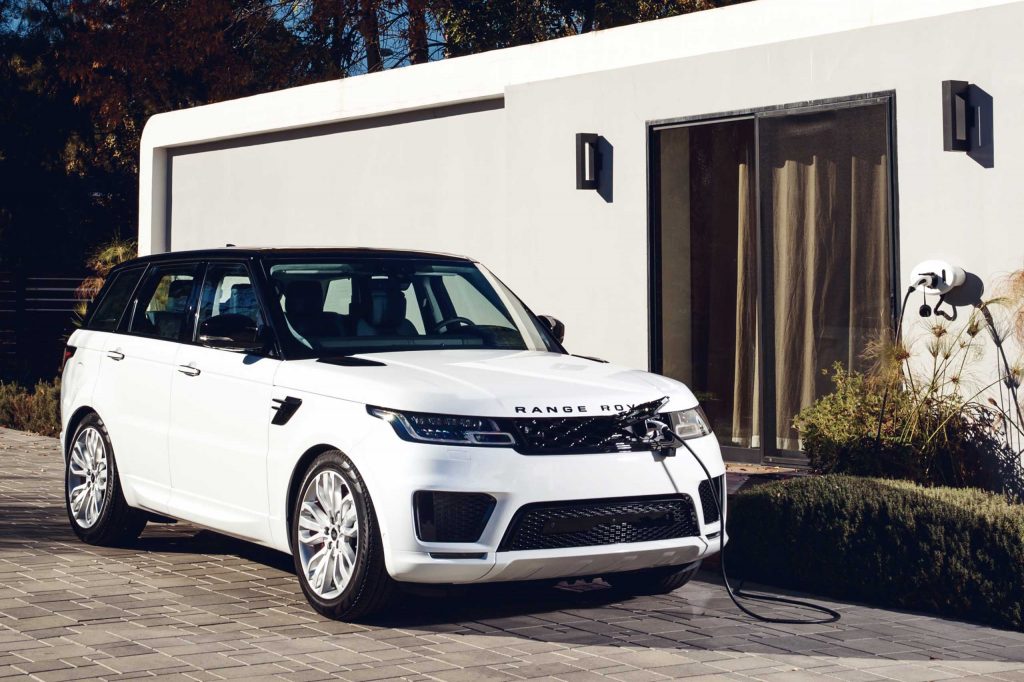 The Range Rover Sport has always combined the refinement and capability of a large SUV, with the performance of a sports car. And now, in a first for Jaguar Land Rover, the Sport model portfolio will also boast a P400e plug-in hybrid electric vehicle (PHEV) powertrain with a 51 km all-electric range.

The P400e is the most efficient Range Rover Sport and combines an advanced 221 kW four-cylinder Ingenium petrol engine with an 85 kW electric motor that receives its charge from a 13.1 kWh lithium-ion battery. The total available power output of 297 kW drives the permanent four-wheel drive system via JLR’s eight-speed automatic transmission.

This innovative hybrid system drives Land Rover’s performance SUV from zero -100 km/h in just 6.7 seconds and on to a top speed of 220 km/h.

The P400e delivers CO2 emissions of 73 g/km and fuel economy of up to 3.2-l/100 km (NEDC cycle). This intelligent system can also harness kinetic energy that would otherwise be lost when braking and utilise it to help recharge the battery.

A full charge can be achieved in approximately 7.5 hours from a standard domestic power supply, or less than three hours from an AC fast charger.