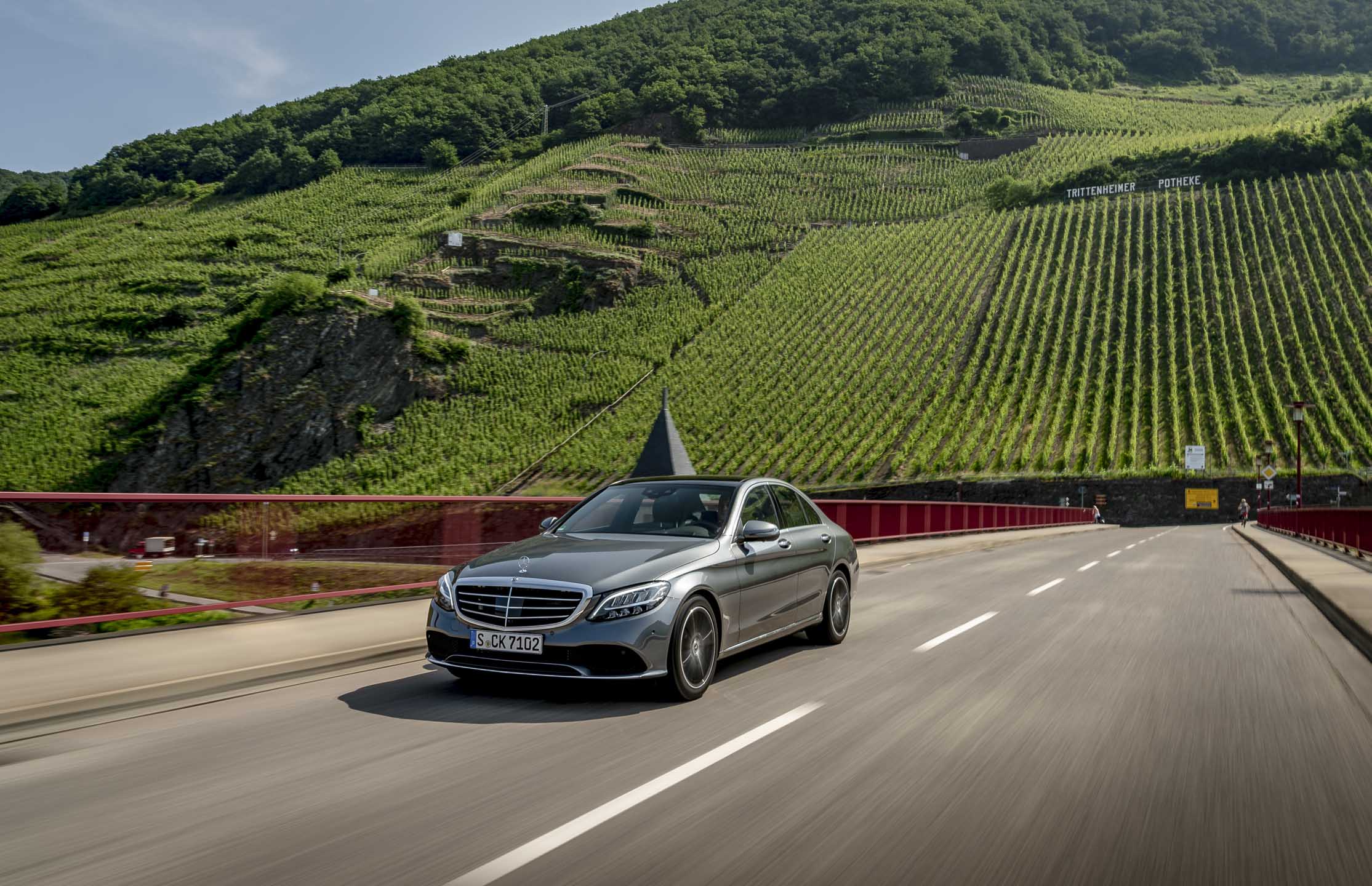 By the time that the Mercedes-Benz C-Class came of age in 2014, it was already a global good-value success for the brand over its 21-year lifespan. Now, in its latest form, the C-Class continues to be the successful entry point to brand’s executive line-up, writes BERNIE HELLBERG JR.

Three years into the production of Stuttgart’s then entry-level car, the 190 series Kleine Mercedes, work began on a successor that would ultimately become the C-Class compact sedan. It was the year 1986, but there would be nothing resembling a design study until 1987, with the production design by Olivier Boulay, only being patented on 19 December 1990.

Prototype testing began in 1989, with first production design prototypes commencing testing in 1990, and ultimately, in May 1993, the first-generation W202 C-Class was introduced as a replacement for the 190. The C-Class sedan was the company’s entry-level model up until 1997 when the A-Class took its place.

While it only reigned supreme as an entry option to the brand for nary a handful of years, many buyers still see the C-Class as the opening salvo when considering the Mercedes-Benz brand. But is there, indeed, such a thing as an entry-level Mercedes, or should we, instead, take a ‘horses for courses’ approach when considering our C-Class options? 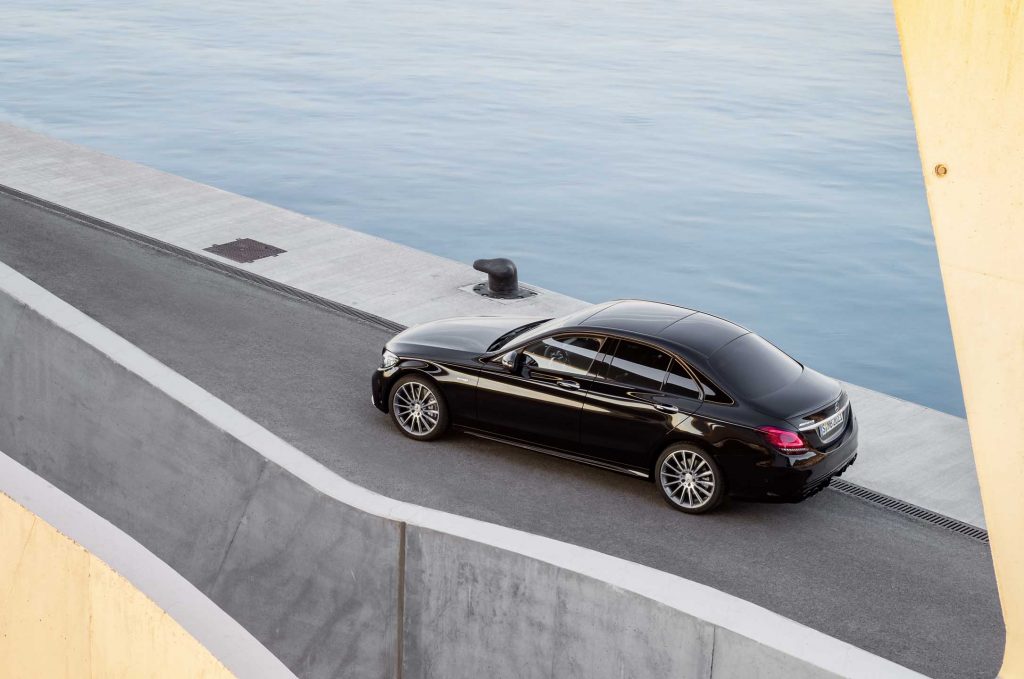 Since the official brand split of Mercedes-Benz and Mercedes-AMG some years ago, the latter has been working aggressively to introduce more ‘affordable’ variants across the C-Class and E-Class sedan ranges.

The result is the C43, a true-blue AMG, and launchpad for Mercedes performance fans. Now endowed with 17 kW more power from the rip-roaring 3.0-litre V6 bi-turbo engine has been retained from the pre-facelift car, but has been reworked to produce 287 kW. Torque remains the same at 520 Nm, but the zero to 100 km/h dash is now covered in a claimed 4.7 seconds, thanks in part to the car’s 4Matic all-wheel-drive system.

The purist Mercedes-Benz, on the other hand, has always offered starter products across all ranges, and focus on bringing more value to the entry-level mix with every C-Class upgrade. The latest is no exception.

Most notable are the upgrades to the interior of the C-Class range, and the C180 specifically, although, admittedly, we would have preferred the upgraded 12” infotainment system rather than the standard 10.25” offered on the C180. Our car also came equipped with AMG interior and exterior upgrades, and Artico artificial leather seats, adding around R54,000 to the overall look and feel. 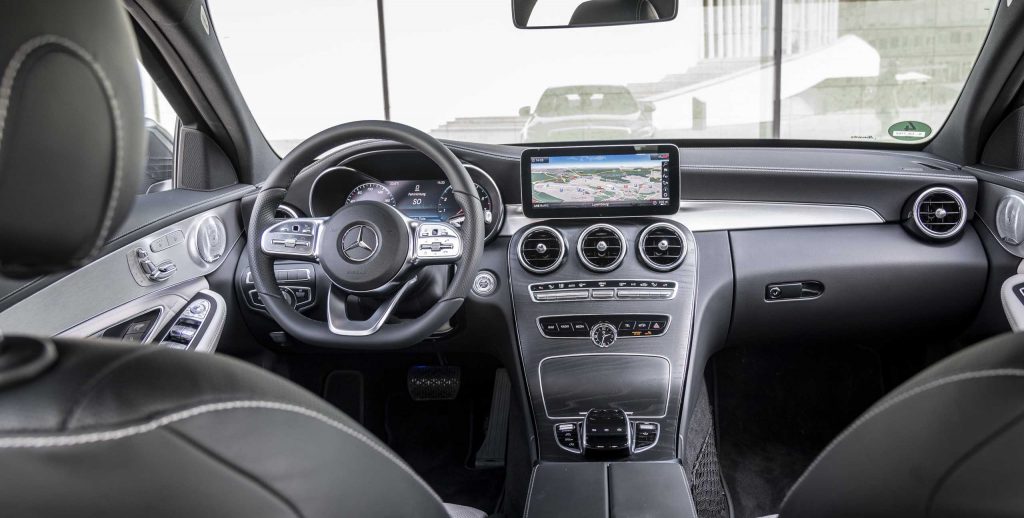 All things considered, the entry-level C180’s engine is well suited to this medium-sized car, and with outputs of 115 kW and 250 Nm from its 1.6-litre turbo four-potter, it will do the job for most casual drivers. 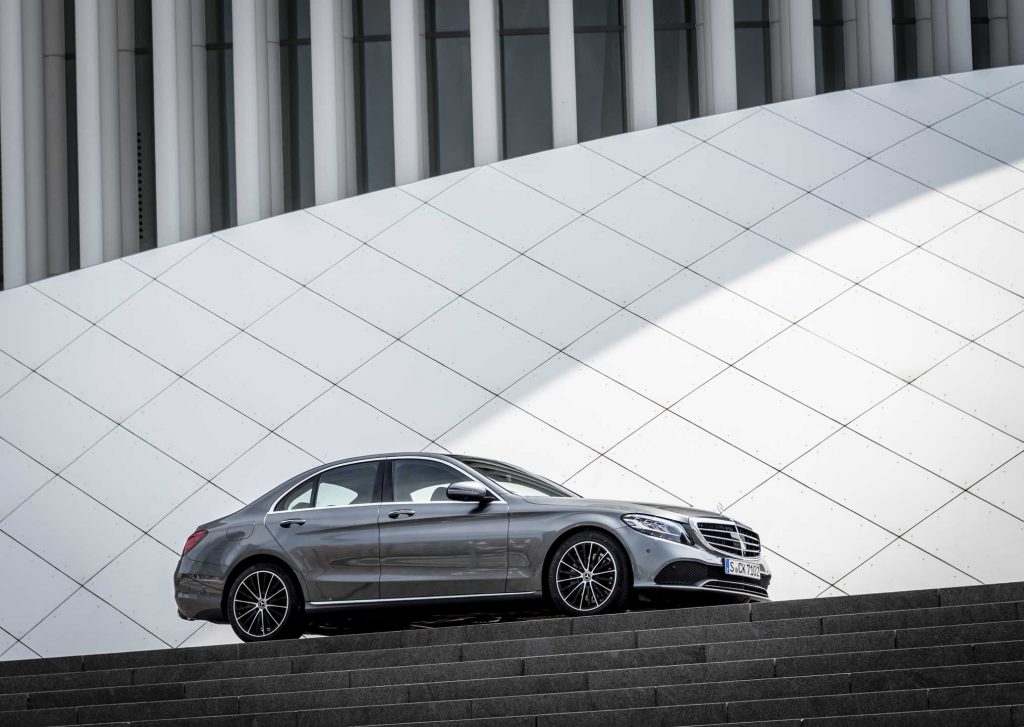 Considering that this starter pack match-up is not intended to be a direct clash between two very different cars – their price tags, for one, differ by a touch over R370,000 – let’s look at the next-best alternative in both the Benz and the AMG line-up.

From the bottom up, it might look inviting to consider the C200 over the C180, at least at first glance. We certainly place a check next to the brand new 1.5-litre turbo with electrical assist, which pushes out a credible 135 kW and 280 Nm thanks to turbocharging and a 48-volt electric system.

The question we were left to answer was whether the improvements in efficiency and power over the C180 justify the slight spike in price, by nary R27,000 to R616,536? If we’re talking a like-for-like comparison of two manual cars, the answer would be a resounding ‘no’. But the smooth new engine of the C200 is much better suited to Merc’s 9G-Tronic automatic transmission than the 1.6-litre C180, and given the likelihood that C-Class buyers would prefer an automatic shifter, that might sway us towards the C200 instead.

If you’re not a spirited driver, and would rather spend the cash on adding specification to your entry-level C-Class, you’d be able to do so for fractionally less on a C180.

Looking at the AMG line-up, the upward comparison is not as simple…

While the jump from C180 to C200 requires perhaps a minor readjustment of finances and optional extras, choosing between a C43 and the next best C63 is a vastly different exercise. For one, the price difference is massive, while the performance boost and what it represents are light years removed from one another on these two models. Even the dimensions are different, with the C63’s longer nose due to the substantially larger 4.0-litre V8 powerplant, which isn’t assembled here like its V6 cousin, but is flown in from Affalterbach and inserted into the C63 at the Mercedes-Benz assembly facility in East London.

Although the facelifted C63 has not yet hit local shores, expect to see subtle exterior revisions, significant interior changes, the same 375 kW and 700 nm engine, and a shift from the old 7-speed transmission to the new AMG Speedshift MCT 9G transmission.

SO, WHAT C-CLASS WILL IT BE? 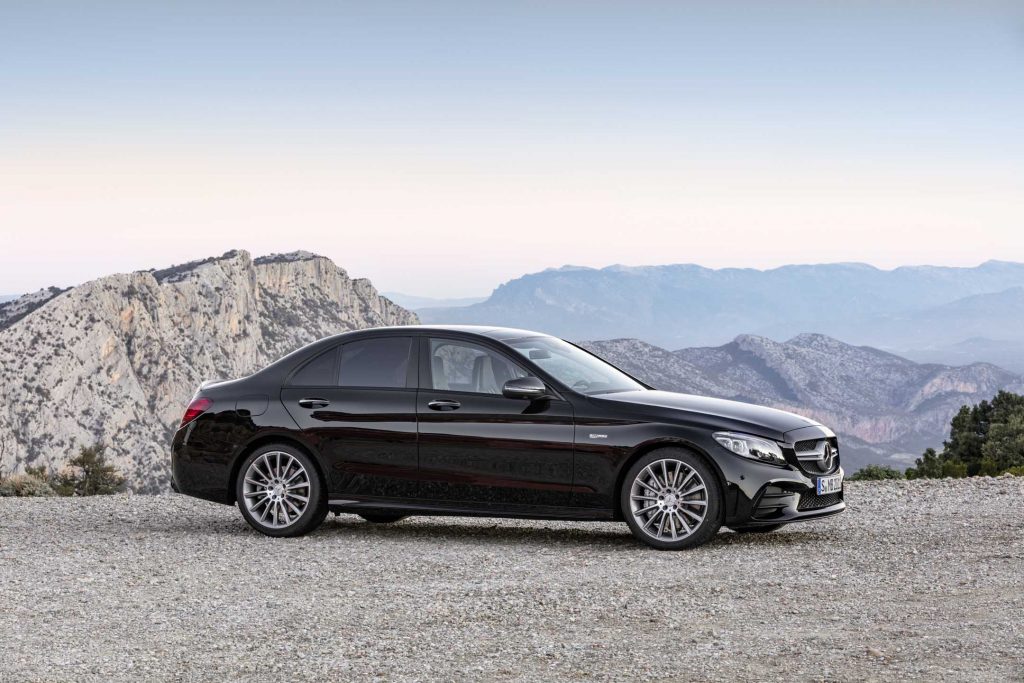 Both the C180 and C43, fundamentally, represent the same thing for the Mercedes-Benz and AMG brands respectively – an entry point for enthusiasts. Uniquely, they draw a line in the sand for people who yearn for the status and prestige that come with owning a Mercedes product, albeit they might not be quite ready yet to blow the entire budget on their poison of choice.

Crucially, too, entry-level vehicles are important for Mercedes-Benz in South Africa, and while there is still a big market for medium-sized sedans here – despite heavy competition from increasingly more popular SUV-styled vehicles – the C180 (and C200 if you prefer), will remain on the menu as bulwark against shrinking market share and high vehicle prices. Especially in the new car market.

Buyers who are ready (both mentally and financially) to enter the heady world of AMG performance may not be as price sensitive, but they still demand good value, and the C43 offers that in spades. Frankly, who needs over the top amounts of power at OTT prices, when this understated gem and its sonorous V6 soundtrack will give you all the feels you need, and some you did not expect.

Having driven both the C180 and C43 cars back-to-back recently, one thing is remarkably clear – Merc seems to be getting its C-Class mojo back. The combined effect of 6,000 replacement parts on the upgraded range, solid new interiors, a design that we’re finally starting to get used to (especially in AMG Line trim), and the occasional new engine, should breathe enough life back into the range to keep it fresh until the new C-Class is expected in 2020.