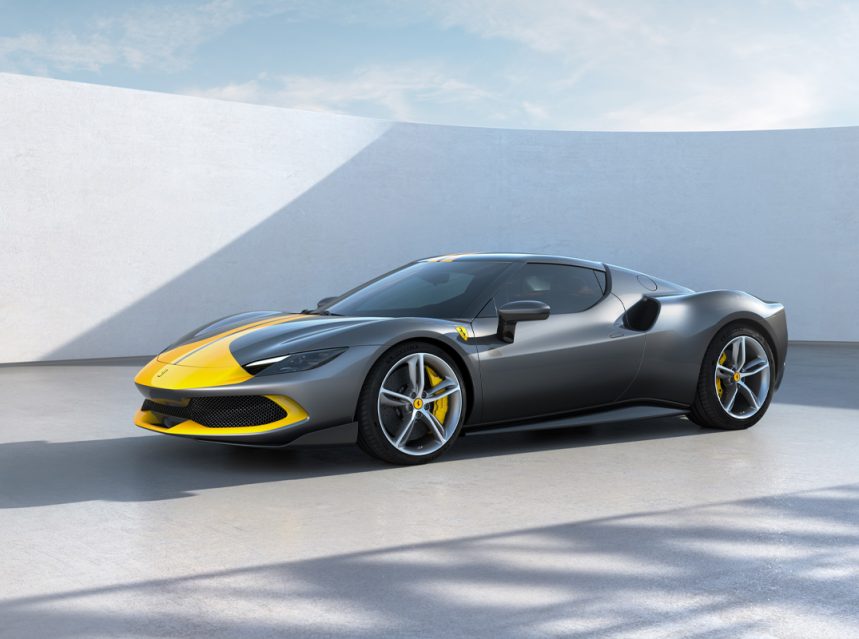 True aficionados agree that where a Ferrari stands is sacred ground, and when a new Ferrari is inducted into existence, the introduction of the soon-to-be-unleashed prancing horse is a special event.

We recently attended an exclusive reveal of the latest gleaming Italian thoroughbred, the machine with a beating petrol-electric hybrid heart crafted from the ground up exclusively for Ferrari’s latest Berlinetta.

Even a cursory glance at the 296 confirms that it sets a plethora of new benchmarks for Ferrari, and the mid-rear-engined sports car sector, 65 years after Ferrari introduced its first-ever V6. The 1957 1,500 cc Dino 156 F2 single-seater featured a 65-degree architecture. This was followed in 1958 by bigger displacement versions of its front-engined sports prototypes – the 196 S and 296 S – and several F1 cars.

As with all contemporary Ferraris, the 296 GTB delivers the very pinnacle of motoring technology. With 610 kW available from its 2.9-litre engine and hybrid system combined, the 296 is at the top of its game in terms of power.

Significantly, all contemporary Ferraris have another common trait: sophisticated dynamic controls that keep their massive power under control for drivers. This puts the Ferrari brand and its cars within reach of any driver without compromising the unique driving pleasure that only a Ferrari can deliver.

The car’s name – which combines its total displacement (2,992 cc) and the number of cylinders with the addition of the GTB (Gran Turismo Berlinetta) acronym – underscores the new engine’s importance to Maranello. It is not simply the living, beating heart of the 296 GTB, but it also ushers in a new V6 era with its roots deep in Ferrari’s unparalleled 70-year-plus experience in motorsports.

The first Ferrari to sport a mid-rear-mounted V6 was the 246 SP in 1961, renowned for winning the Targa Florio multiple times. Ferrari also secured its first Constructors’ title in the Formula 1 World Championship in 1961 with the 156 F1. Twenty years later, Ferrari first installed turbos between an engine’s cylinder banks on the 126 CK and subsequently on the 126 C2 in 1982 – the first turbocharged car to win the Formula 1 Constructors’ World Championship title. From 2014 onward, all Ferrari F1 cars have featured turbo hybrid architecture.

The 296 GTB relies on a sophisticated plug-in hybrid system that will deliver a claimed 25 km range of pure electric driving at speeds of up to 135 km/h. It also aids in cutting pedal response times to zero.

At 4,565 mm long, 1,958 mm wide, and a mere 1,187 mm tall, the 296 is incredibly compact, and with the introduction of innovative dynamic control systems and meticulously honed aero treatment, Ferrari assures us that the driver will experience excellent agility and responsiveness to commands.

A FERRARI IN EVERY DETAIL

The 296 GTB’s sculptural form is of an entirely new design. There is no mistaking its sporty nature, while it cuts a clean silhouette that is both unmistakably Ferrari and surprisingly elegant. The seamless interweaving of form and function is evident in every detail, with significant design elements such as the rear haunches and sloping tail tipping its hat to past models, particularly the 1963 250 Le Mans.

Naturally, no design element appears by happenstance. Each line, fold, and crease is crafted to enhance the car’s aerodynamic competency. For instance, a unique front splitter creates significant downforce while the shape of the doors channels cold air into the engine via gaping side vents. Also, integrated into the headlights, new air tunnels improve brake cooling and direct airflow under the car, where sophisticated underbody aerodynamics make it possible for Ferrari to omit active aero components upfront.

Though the 296 GTB reveal did not include a driving opportunity, Ferrari’s stated aim for Maranello’s latest mid-rear engine two-seater Berlinetta is to provide more fun behind the wheel, both when pushing the car to its limits, and in day-to-day driving situations.

To help deliver on this promise, interior materials application and finish are at Ferrari’s customary high standard. The driving environment is reminiscent of the SF90 – with some components transferred from that car – and is a technologically advanced space that equals (on paper) the advances made in the rest of the 296. Apple Carplay and Android Auto are on-board, and all functions are accessed from a single digital screen in front of the driver.

Ferrari considers the 296 GTB a revolution, as it introduces a new engine type to flank the marque’s 8- and 12-cylinder power units. It is the first six-cylinder engine to be installed on a road car sporting the Prancing Horse emblem and is poised to evolve into an icon in years to come. Thanks in part to its extreme performance capabilities and contemporary styling. And, for clients who want to exploit the car’s extreme power and performance to the max, particularly on the track, the 296 GTB is also available with the Assetto Fiorano package (as seen here), which includes lightweight features and aero modifications.