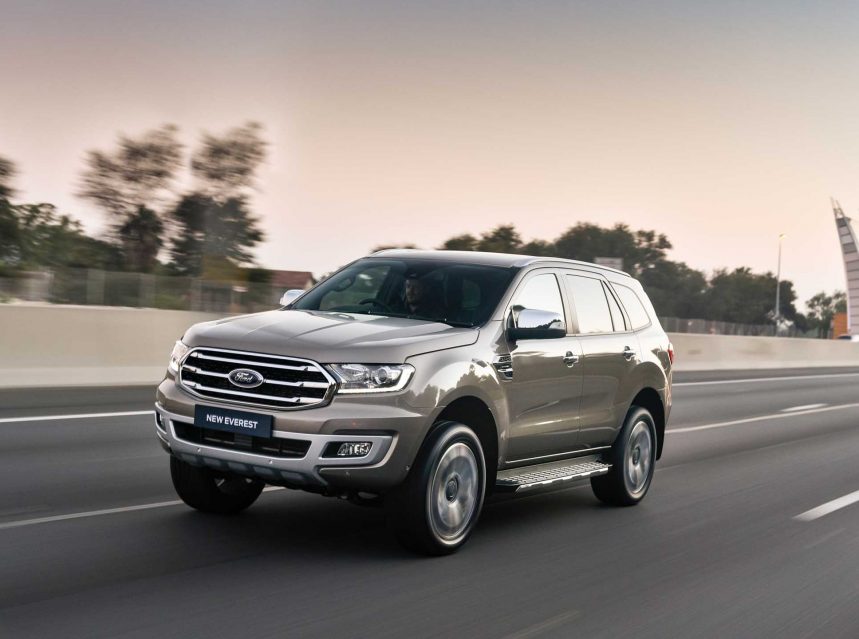 The new Ford Everest offers a very subtle upgrade over that of the outgoing model. So much so that to a layperson it looks the same as the predecessor. However, beneath the sheet metal, more contentious changes were made but does this new formula affect the Everest for the better? Let’s find out.

On the design front not much has changed from the predecessor save for minor tweaks to the front bumper and the 20” wheels. Be that as it may, the Everest looks like it was designed with a conscious decision not to win any design awards. You notice these things on the road but will most likely treat it with indifference.

The same translates to the interior. It is a very spacious cabin with leather-wrapped seats and spades of leg and headroom. There is an optional third row of seats which, by tradition, demands compromise as there isn’t much room for any adult. Moving on to the rest of the interior, the sizable 8” Infotainment touchscreen takes pride of place, while the button layout proves to be neat and tidy.

At inception, this specific button configuration might have perhaps been deemed as ‘safe styling’ but I’m afraid it’s already starting to look rather dated.

When Ford introduced its 2.0-litre turbodiesel power plant in the Ranger Raptor, people lost their minds. Unperturbed, Ford introduced the same engine to the Everest following the ever-growing trend of downsizing. The familiar 3.2-litre 5-cylinder unit still exists but is reserved for the lower-tier models where it is standard on the mid-range XLT.

The top-spec Limited, however, gets the 2.0-litre unit as standard that is mated to a torque convertor 10-speed automatic gearbox that can also be found in the Raptor and Mustang. Despite it being 1,200 cc smaller than the 3.2-litre unit, the turbodiesel mill offers a substantial performance hike at 157 kW at 3750 r/min and 500 Nm of torque from 1,750-2,000 r/min whilst returning a respectable nine litres per 100 km figure. On the road, this translates to smooth power delivery with a clear difference from the 143 kW and 470 Nm capabilities of the 3.2-litre.

This 2.0-litre engine, then, is nothing to scoff at – even with its milk-carton-sized displacement. 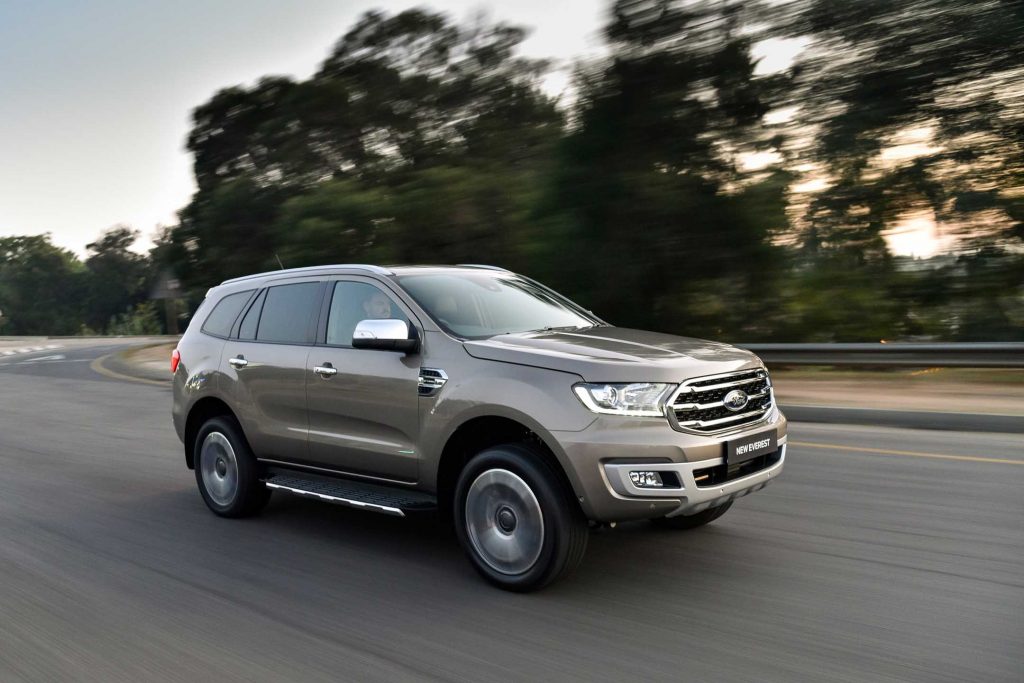 Ride quality is characteristically bouncy – as you would expect from an SUV built on a ladder-frame chassis. It wasn’t uncomfortable, though, since for daily driving and the weekender trailer test it checked all the comfort boxes. The Everest also handles well due to a new front stabiliser package that allows for softer suspension without compromising handling and roll around the corners. The ride was also surprisingly quiet thanks to the acoustic windshield and noise cancellation system. Also, with its permanent 4WD, electronic diff lock and a Terrain Management System, the Everest is equipped to handle its own off the road as well as on it.

The Everest sits in an elite club competing against the likes of the Toyota Fortuner and Mitsubishi Pajero Sport. At the entry-level, the Everest proposes good value for money with decent specification and competitive pricing, while in the upper echelons, the Limited makes you wonder if it’s really worth the premium over some of the competition.