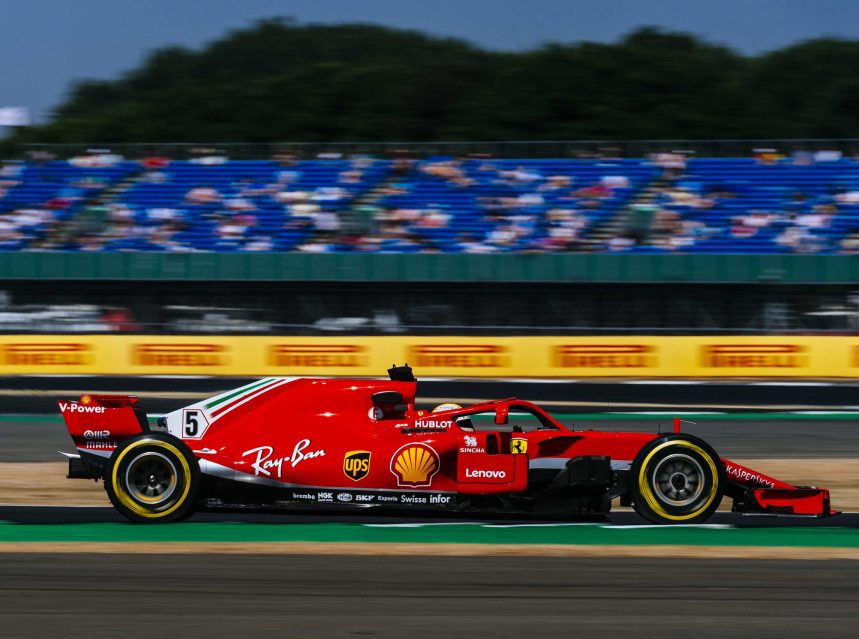 As you read this, F1 is enjoying a summer break after a hard-fought opening stint of 12 from 22 races, in which the pendulum has swung with baseball bat ferocity between Lewis Hamilton and Sebastian Vettel. EGMONT SIPPEL reports on the three races preceding the Hungarian GP.

Wow! When last have you seen anything like this year’s German GP?
Well, that depends.

If the question is framed around Lewis Hamilton’s surge through the field – from 14th on the grid to the top of the podium – then we’d have to reference Kimi Räikkönen’s victory in the Japanese GP of 2005, where the Kimster started in 17th before snatching the lead from Giancarlo Fisichella at the start of the very last lap.
Exactly ten years before Kimi’s golden moment, Michael Schumacher famously won at Spa from 16th on the grid.
Just recently, eventual victor, Daniel Ricciardo, started from 10th in Azerbaijan before sliding back to 17th by lap six.

An even bigger fight-back was registered in Canada, in 2011, when Jenson Button came from dead last on lap 37 of a 70-lap race, to pass Sebastian Vettel halfway around the final tour.

Yet, the record for the lowest starting position from which a Grand Prix has been bagged belongs to John Watson.
For the 1983 United States GP West on the streets of Long Beach, California, slow Michelin qualifying rubber only secured grid slots of 22nd and 23rd for Watty and McLaren team mate Niki Lauda, but the race tyre was more than a match for the Goodyears and Pirellis.

Watty won from Niki in second. 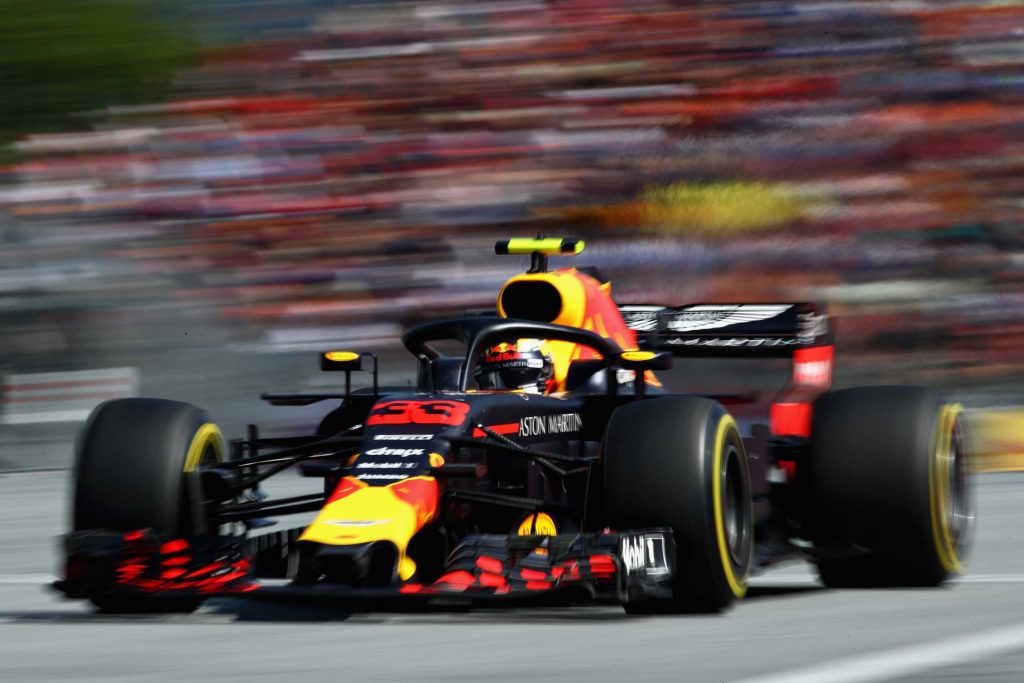 Take into account that this edition of Driven went to print on the eve of the Hungarian GP, and you’ll understand why today’s review is limited to the trio of races having preceded Budapest, where the crystal ball favoured the Red Bulls.

However, 2018 has tended to make a mockery of predictions.

Montreal, for instance, is a Merc track. The three-pointed star won there in 2015, 2016 and 2017. This year, however, they suffered from not having their new engine ready. Hamilton qualified fourth and lost another place in the race, with arch-rival Vettel winning at a canter.

Merc then introduced their updated mill in France and the Hammer duly trotted out a win after Vettel had removed himself from contention by crashing into the Hammer’s teammate, Valtteri Bottas, on the opening lap.

Having added some chassis updates in Austria, the Mercs comfortably led until Valtteri’s gearbox seized and Merc committed the sin of not pitting Lewis under the Virtual Safety Car. Things took a turn for the worse when Hamilton’s car lost fuel pressure, forcing his retirement on Lap 64, out of 71.

Vettel, in the meantime, was unable to take full advantage of Merc’s misfortunes, as he had been punished by a three place-drop on the grid, to sixth, for having blocked Sainz during quali.

Austria was Merc’s first double retirement due to technical issues since 1955. This delightful little factoid nevertheless failed to mask the team’s recent strategic vulnerability, having thrown away an easy win in Australia and electing not to pit Hamilton in China behind the Safety Car, while Red Bull did – from where they won the race.

Merc’s strategic blunder in Spielberg smelled like one too many. 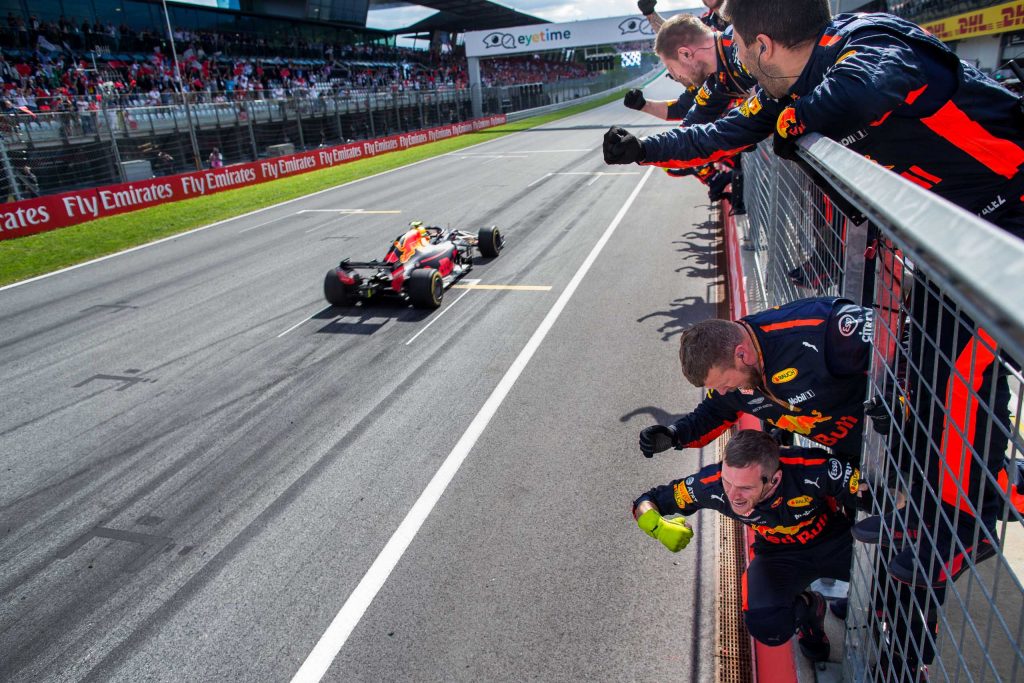 Red Bull, as ever, was ready to pick up the pieces, in this case with Max Verstappen, who clocked up an impressive victory. The young Dutchman pressed hard on the opening lap to seize the initiative from Räikkönen in the fast Turn 6/7 complex and then maxed out without hurting his tyres. 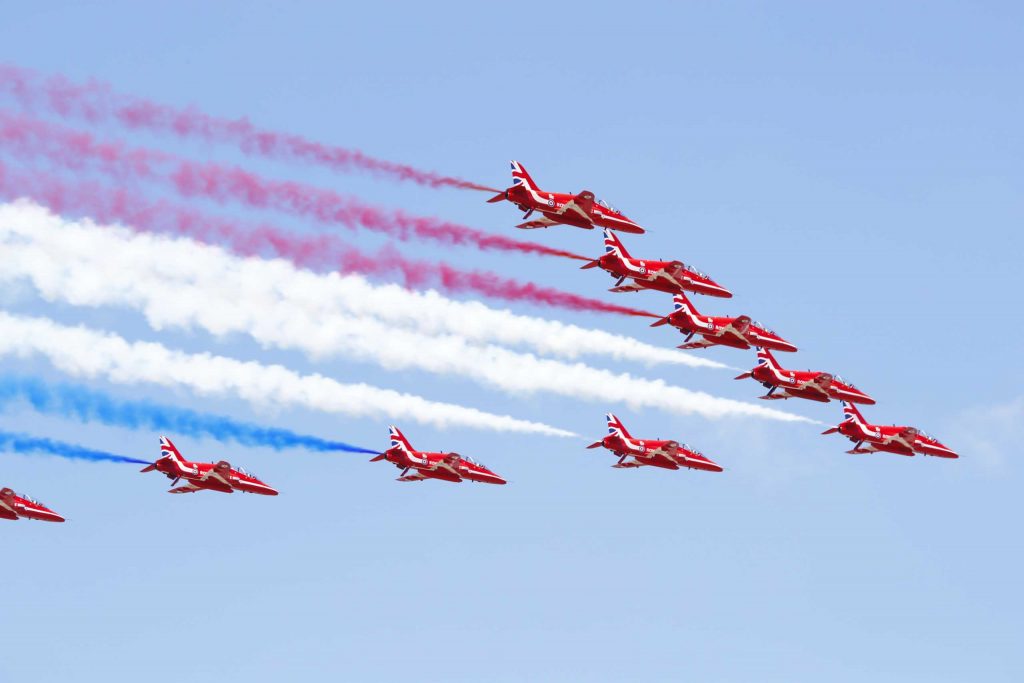 Next up on the calendar was the fast and free-flowing Silverstone, where the Silver Arrows had been bossing it ever since the British GP of 2013.

Seen against the background of the W09’s speed in France and Austria, Britain seemed like a slam-dunk for the Brackley Boys, especially as Silverstone was one of only three circuits – all of them newly resurfaced – on which the thinner-gauge (by 0.4 mm) Pirelli tyres would be used this year – the others having been Barcelona and Paul Ricard where Hamilton had disappeared into the distance.

And then Ferrari turned up with a new floor, intended to improve the SF71H’s performance in high-speed corners – which it did.

Yet, at Silverstone, the focus instead centred on the red cars’ tremendous straight-line speed. Räikkönen was quickest, his 325 km/h well clear of Hamilton’s 321 and Bottas’ 320 km/h.

And worse: with a faster exit speed out of Chapel, Hamilton was clearly down vis-à-vis the Ferraris at the end of the Hangar straight, which seemingly suggested that the Merc was derating – or running out of its electrical energy boost – faster than the Ferrari. 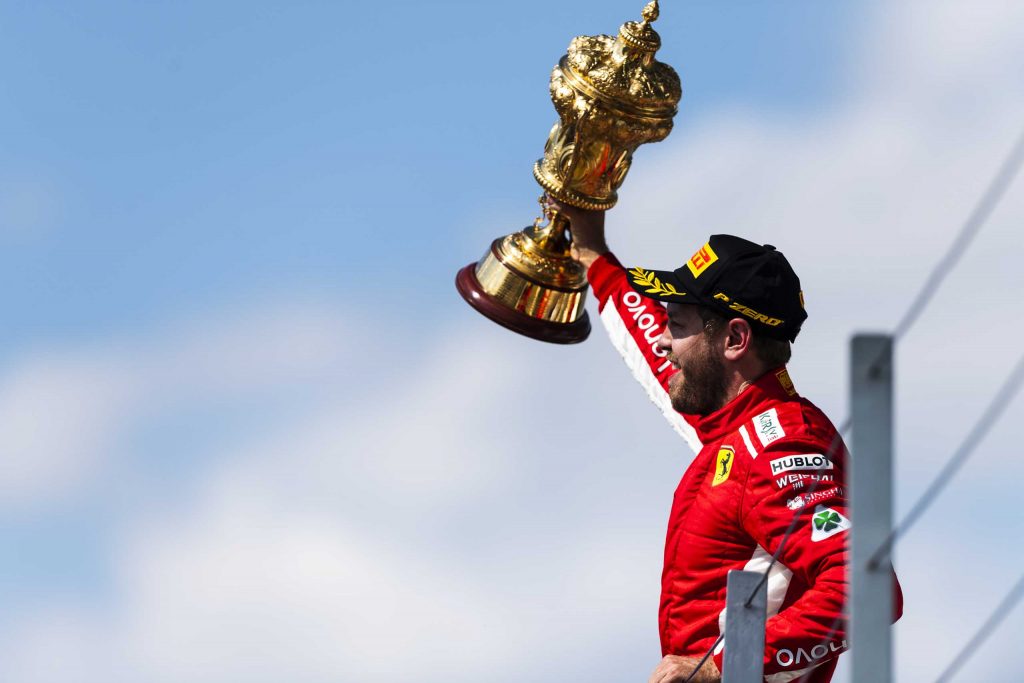 The FIA has taken an interest in Maranello’s battery this season, but no irregularities have been found, thus far. The theory about Ferrari’s ability to side-step the opposition’s hastier derating tempo is quite complex (we’ll cover that when we have more space), but it seems likely that the Prancing Horse has found a clever way of circumventing regulations governing the storage and exchange of energy between the electrical system’s MGU-K and MGU-H.

Hamilton’s pole at Silverstone was therefore against the run of play; Lewis was knackered afterwards, and it all came to nought on Sunday with a lethargic start, after which Räikkönen bumped him into a spin on the opening tour.

The recovery drive from stone dead last to second was dogged and uplifting, yet Vettel’s supreme drive to victory – on Merc territory – was a worry to Toto Wolff and his team. 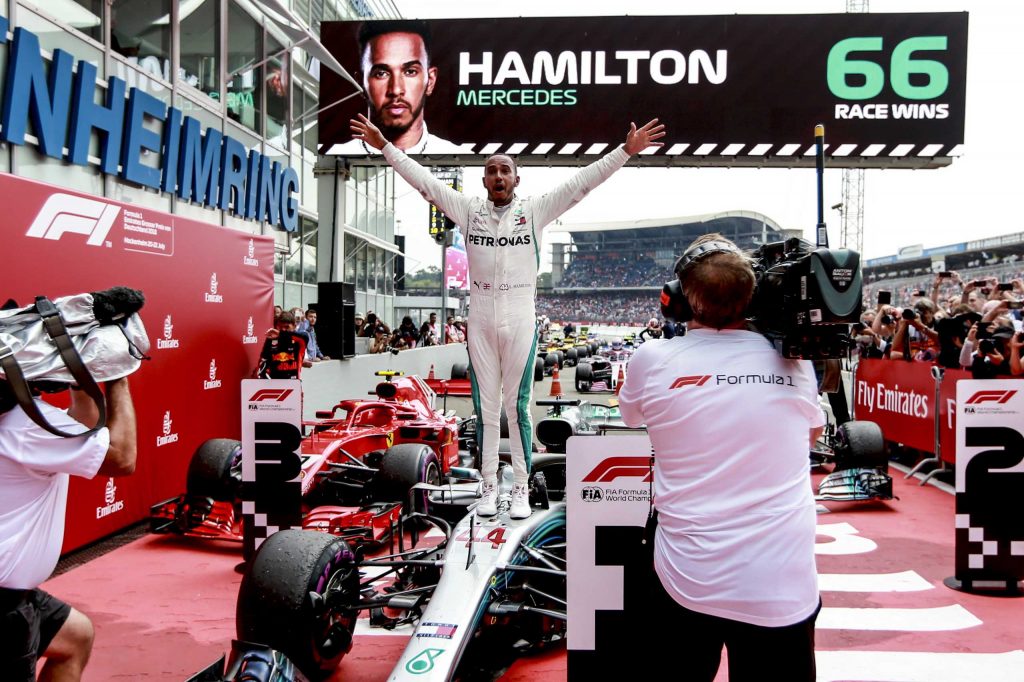 That worry turned into a headache at Hockenheim, where it was estimated that the red cars gained half a second on the silver cars, just on the straights. With Hamilton going out, on top of that, in Q1 (courtesy of a hydraulic leak which impaired the car’s steering, according to the team), Vettel would have expected an unopposed stroll to pole, which was not quite the case, as Bottas really took up the baton.

Seb nevertheless produced one of his on the limit specials for his home crowd (he was born just a few kilometres down the road from Hockenheim), while the deficient power of Red Bull’s Renault V6 was once again exposed, as it was on Silverstone’s long straights.

With Bottas as his only real threat, then, Vettel quickly built a commanding lead in the race. It was clear as daylight that only rain could stop him – and rained it did, with catastrophic consequences for Ferrari.

If the question then, in the opening paragraph of this story was not about Hamilton’s remarkable comeback drive in Germany, but rather about Vettel’s massive faux pas in the wet, sliding off at the track’s slippery Sachskurve and crashing into the barriers – all of it in slow motion – we’d probably find the two best analogies in Hamilton’s own major low-speed gaffe in China, in 2007, when he slid wide on pit lane entry and beached his car; and in Ayrton Senna’s 1988 crash into the barriers in Monaco when he was leading second-man Prost by almost a minute.

Hamilton’s mistake cost him the title; Senna survived the calamity.

But how will it pan out for Vettel?

We will see. A 32-point swing just in Germany – 25 less for Seb, seven more for Lewis – is nothing to sneeze at. The tables had been emphatically turned on both Hamilton and Vettel in their home races. At the tempo that these two guys have been derating points at times, the picture might again have changed in Hungary.

And if it didn’t, it will after the summer break.