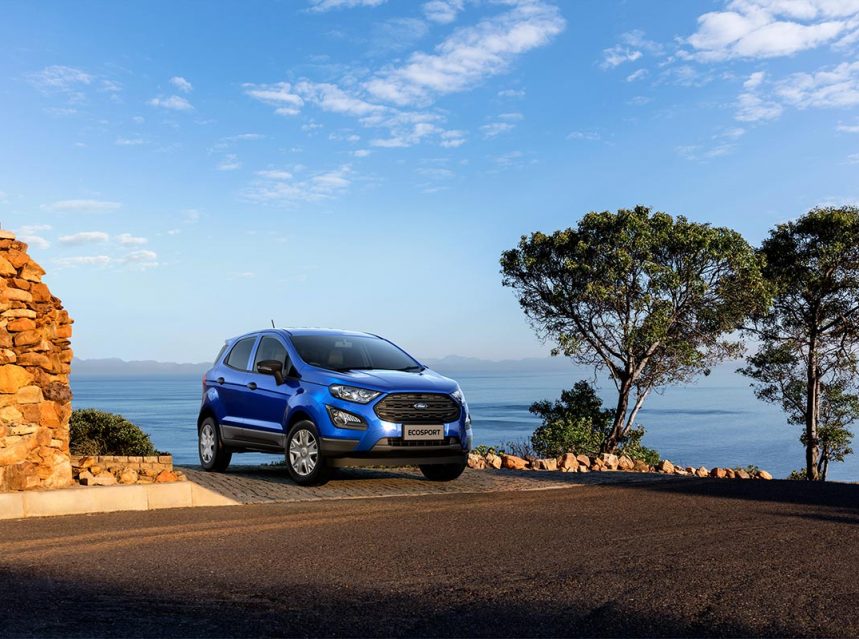 Ford consolidated its grip on the SUV market’s B-segment in 2020, so to speak, when it introduced a new entry-level derivative of the popular EcoSport to the range.

In any new vehicle market segment, getting the jump on the competition is everything. So when Ford introduced a new sub-R300,000 auto EcoSport derivative to the country’s most popular compact sports utility/crossover in the midst of one of the worst recessions in South Africa’s history, it quite literally consolidated its power in this very important segment.

The cheapest entry-level EcoSport used to be the 1.0-litre three-cylinder Trend. Now, a new, 1.5-litre torque converter auto version – crucially available below 300 large – now introduces buyers looking to downsize, without losing the benefits of an SUV, to the EcoSport lifestyle.

On loan from Ford’s Fiesta range, the 1.5-litre engine fitted to the Ambiente combines nicely with Ford’s six-speed automatic to deliver a surprisingly atmospheric driving experience, without the need for turbo assistance.

I am grateful that Ford avoided using a CVT gearbox for its new baby, although the standard auto transmission is not without its faults.

Given the long gear ratios necessary to improve fuel economy at cruising speeds, steeper gradients cause the auto to hunt for lower gears, which intrudes a smidge on an otherwise pleasant driving experience. However, once you discover that the ‘box comes with a power lock-up function that engages fifth when activated – and you remember to press the button on the gear lever when a hill beckons – the problem is pretty much sorted.

Ford claims fuel consumption figures of 6.4-l/100 km, which gives the little EcoSport a relative range of over 800 km. During our week-long drive, I recorded combined figures in the early sevens, which translates to an actual range of approximately 720 km. This compares favourably with most competitors who offer smaller fuel tanks and fewer available kilometres before refill.

I like the EcoSport’s upright design and the upgrades that came with its now two-year-old facelift. Surprisingly generous ride height, road clearance, and approach and departure angles give the car a true SUV feel, and adds to its general appeal.

Electric windows are fitted all round, along with remote central locking, a perimeter alarm, power heated side mirrors, air-conditioning, and a towbar prep pack that enables easy dealer fitment of the optional tow bar.

A six-speaker Ford Audio system is provided, linked to the Ford SYNC® infotainment system that comes with Bluetooth and voice activation, plus steering wheel audio controls. The instrument cluster incorporates a trip computer and EcoMode to optimise fuel economy.

The EcoSport has everything going for it, regardless of the economy in which it needs to sell. Ford’s ability to read its market and provide appropriate upgrades and model changes has kept the EcoSport ahead of the game in many respects, when required. Competition in this segment will only get tougher as manufacturers scramble for a slice of the ever-shrinking disposable income pie. Still, with seven models available in the range, Ford certainly has all its bases covered.