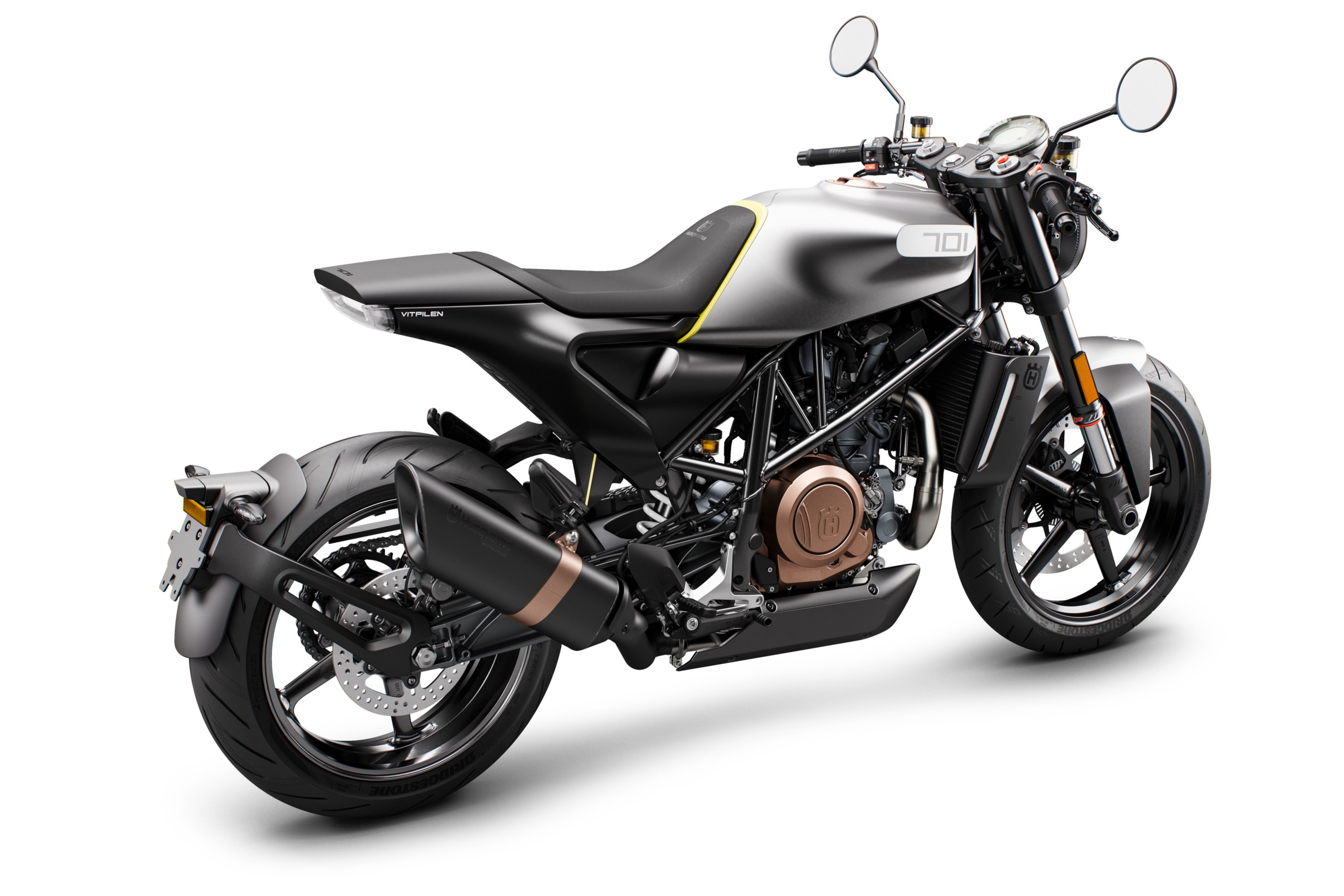 Sometimes a frolic on the wrong side of the sheets works out for the best, according to GAVIN FOSTER. And to prove his point, he introduces us to a rather unique new Scandinavian road bike.

If you enjoy a little history mixed in with your motorcycling, you could do worse than cast your gaze upon Husqvarna. Although the motorcycle division is now owned by KTM and thus has strong ties with Austria and India, the Husqvarna brand was born in the Swedish town of that name, 329 years ago in 1689, when the state-owned company started producing flintlock muskets.

Within a few years, Husqvarna employed 1,000 people and over the decades – and centuries – began adding to their inventory pots and pans, gas stoves, sewing machines, bicycles, chainsaws, lawnmowers and a host of other items including, in 1903, motorcycles.

Husqvarna has always been recognised as a superior performance brand in motorcycle racing, and between 1960 and 1999, won 16 motocross world championships in the 125, 250 and 500 cc classes, along with another 30 or so enduro and supermoto world titles between 1990 and 2015. The motorcycle division’s fortunes waxed and waned for a couple of decades along the way, though, with ownership slipping from Swedish fingers to Cagiva / MV Agusta (1987), BMW (2007) and, most recently, KTM in 2013.

So far, KTM promises to be capable of doing the most with the brand, and the most exciting thing about this, for Husky fans, is that the parent company is quite happy to supply its powerful and bulletproof single and twin-cylinder engines to its smaller sidekick.

Husqvarna is best known for building dirt bikes, with an occasional half-hearted foray into the road bike market. Then, between 2014 and 2016, the factory revealed prototype single-cylinder road bikes that tossed any notion of traditional styling to the winds.

The Vitpilen (White Arrow) and Svartpilen (Black Arrow) 401 and 701 concept bikes looked like they were the product of the frenzied mating of a Mad Max movie prop, with the very expensive Brough Superior retro-bike that was announced with much fanfare a few years ago before fading into obscurity. What was interesting, though, was that their engines were lifted from the KTM Duke 390 and its big bore sibling, the Duke 690.

The bike we’re zoning in on here is the Vitpilen 701, which boasts a very healthy 75 hp tucked away inside a single-cylinder engine in an aggressively styled but minimalistic package. Weighing just 157 kg, it promises to be a very lively street bike.

The engine, used by KTM in the KTM 690 Duke since 2012, has gained a claimed single horsepower in the transition, thanks to its airbox and exhaust system, making it the most potent single-cylinder motorcycle out there.

Mated with its delicious lightweight trellis frame is WP suspension in the form of fully-adjustable 43 mm upside-down front forks and a rear monoshock operating through a linkage that is adjustable for rebound and preload only.

Brakes are compliments of Brembo with a single 320 mm front disc clamped by a four-piston radial fixed calliper, while the rear disc relies on a single piston calliper. ABS and basic traction control are standard, with the traction control able to be deactivated on the fly. The ABS too can be disabled, but for that, the bike needs to be stationary.

A very pleasing feature is a quick-shifter that allows clutchless gear-changes both up, and down, through the gearbox.

The Husqvarna Vitpilen is a decadent, dastardly downright dangerous looking city bike that could quickly become an urban legend in the real sense of the term. At R140,000 it’s one of the most pricey single-cylinder motorcycles that money can buy, but it’s also the most powerful, and its simplicity – engine, frame, tank, seat and wheels – will appeal to biking purists.

Its 12-litre fuel tank, uncompromising seat and lack of weather protection mean it’s unlikely to be used for touring, but as an edgy city-bike and back-road scratcher with immense attitude, it’ll be hard to beat.