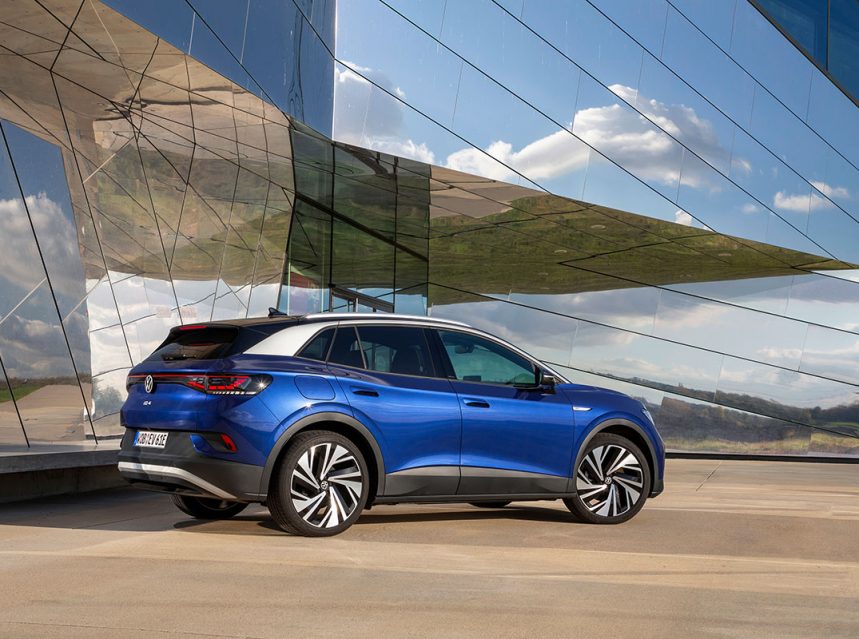 According to those in the know at Volkswagen, there are decisive advantages of the battery-electric drive over the hydrogen fuel cell, leaving Volkswagen no alternative than to promote battery electric vehicles consistently.

Since the Volkswagen ID.3 celebrated its production launch in Zwickau, thus heralding a new era of electric mobility at Volkswagen, the question has been discussed among politicians and experts in the media and social forums: Is Volkswagen’s decision to promote electro-mobility decisively and consistently the right one? Or should Europe’s largest automakers not focus more on alternative drive technologies, particularly hydrogen fuel cell technology?

The Volkswagen Group’s decision is clear: as a large volume manufacturer, it is focusing on battery-powered electric cars for the masses. The turnaround in mobility, however, must take place in large volumes. In just a few years, Volkswagen intends to sell more than one million electric vehicles a year.

The current facts prove Volkswagen right. Prof. Maximilian Fichtner, Deputy Director of the Helmholtz Institute Ulm for Electrochemical Energy Storage and designated expert in hydrogen research, recently told the Wirtschaftswoche: “The very poor well-to-wheel energy efficiency of the fuel cell car ensures that battery electric vehicles are a multiple order more efficient than hydrogen fuel cell vehicles. I’m not against hydrogen as an energy storage medium at all. We should make use of it where it makes sense – and that’s not in the car, but in the stationary area”.

Volker Quaschning, Professor for Regenerative Energy Systems at the HTW Berlin, also shares this assessment. According to Quaschning, numerous countries would be dependent on importing regenerative hydrogen to produce hydrogen cars in large quantities, which would not be feasible in the near future. Furthermore, the hydrogen solution is “ultimately more expensive than the battery version due to high energy losses”. Quaschning’s conclusion: “Hydrogen will, in all probability, be used in vehicles with high daily driving performance. The normal car for average applications will most likely be a battery-electric car in the future. There are no environmental disadvantages as a result”.

Fichtner’s and Quaschning’s assessments coincide with the results of a recent study by management consultants Horváth & Partners, titled Automotive Industry 2035 – Forecasts for the Future, in which they conducted a detailed examination on whether battery-powered or hydrogen-powered electric cars will prevail in the future. They ran the study over six months, accompanied by 80 people/interview partners and financed by the management consultancy. “The main reason for our survey was that Horváth & Partners serves many clients in the automotive supply industry. They naturally want to know what to expect in the next 10 to 15 years,” says Dietmar Voggenreiter, head of the study.

The most pertinent part of the study asks: Which energy storage system has the best efficiency and is the most cost-effective for driving e-cars – battery or hydrogen operation?

With battery electric vehicles, only eight percent of energy is lost during transmission before the electricity is stored in the vehicles’ batteries. When the electrical energy used to drive the electric motor is converted, another 18 percent is lost. This gives the battery-operated electric car an efficiency level of between 70 to 80 percent, depending on the model.

With the hydrogen fuel cell car, the losses are significantly more significant: 45 percent of the energy is already lost during the production of hydrogen through electrolysis. Of this remaining 55 percent of the original energy, another 55 percent is lost when hydrogen is converted into electricity in the vehicle. This means that the hydrogen fuel cell car only achieves an efficiency of between 25 to 35 percent, depending on the model. For the sake of completeness: when alternative fuels are burned, the efficiency is even worse, with only 10 to 20 percent overall efficiency.

“In addition to the very real potential of green hydrogen, there is currently a dangerous hype,” warn experts from the management consultancy Boston Consulting Group (BCG), in a new study quoted by the Handelsblatt. The Horváth & Partners study also comes to the same conclusions. Instead of spending billions on the vision of a hydrogen society, the study’s authors concluded that investments in hydrogen technology should concentrate on applications in which they also make economic sense. “We believe that there is great potential if green hydrogen is promoted in applications in which it can really become established in the long term. Above all in industry, but also heavy goods, air and sea traffic,” says Frank Klose, co-author of the study.

The conclusion is clear: hydrogen fuel cell cars have many advantages (range, fast refuelling, no heavy battery onboard), but one decisive disadvantage: they are comparatively inefficient – both in terms of energy efficiency and financial cost. “No sustainable economy can afford to use twice as much renewable energy to drive hydrogen fuel cell cars instead of battery electric vehicles,” says Dietmar Voggenreiter, head of the study.

And what does the consumer gain from this? Hydrogen fuel cell cars will become increasingly more expensive to drive than battery-powered vehicles, not only in terms of purchase but also in terms of operation. Compared to battery electric vehicles, the double primary energy requirement of hydrogen fuel cell vehicles will be reflected in consumer prices.

Drivers are already paying up to EUR12 per 100 km for hydrogen fuel cell cars, but as little as EUR2 per 100 km for battery-electric vehicles, depending on electricity prices in individual countries, as well as individual mobility habits.

This should clarify what most consumers will be buying in the future and why Volkswagen is pursuing battery electric vehicles and not hydrogen fuel cell vehicles.