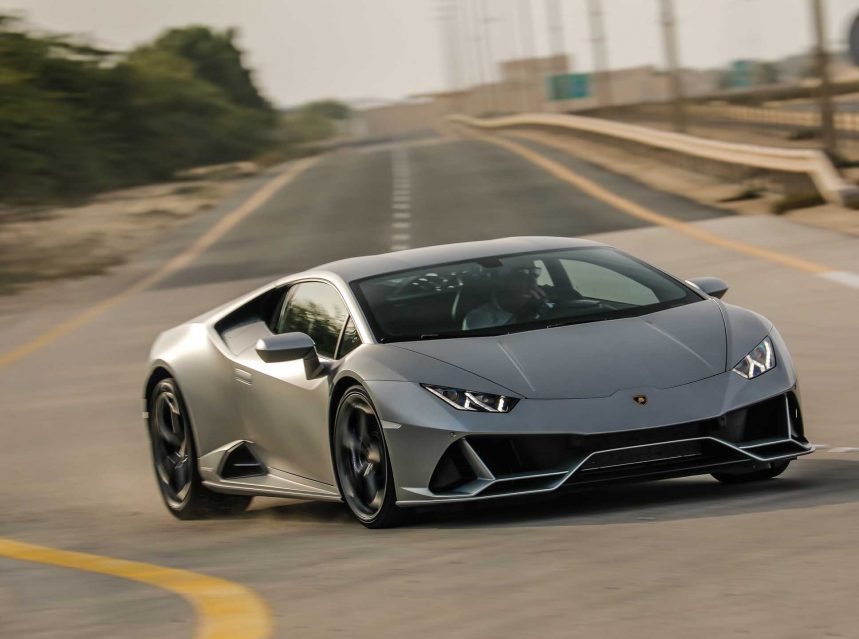 Lamborghini’s Huracan Evo is a scintillating, stimulating and unadulterated driving machine. This can be attributed to Lerato Matebese who recently travelled to the Western Cape to get behind the wheel of the latest raging bull.

Lambos have always been exuberant in their designs and, in some instances, even impractical for the most part. A case in point is the 1980s Countach, which although remains an iconic sportscar with an equally enchanting chisel design, you simply couldn’t see behind you in the rearview mirror or even rely on the side mirrors as these were equally obsolete in their main function.

Yet, warts and all, it remains a desirable thing as it simply threw caution to the wind and bucked convention that many a rival still envies. The Diablo that followed in the 90s, was an equally emotive design and the wall poster car for many a petrolhead, particularly the SV variant. Since then, the Murcielago, Aventador and the subject of this article, the Huracan Evo, have continued this effable trajectory. 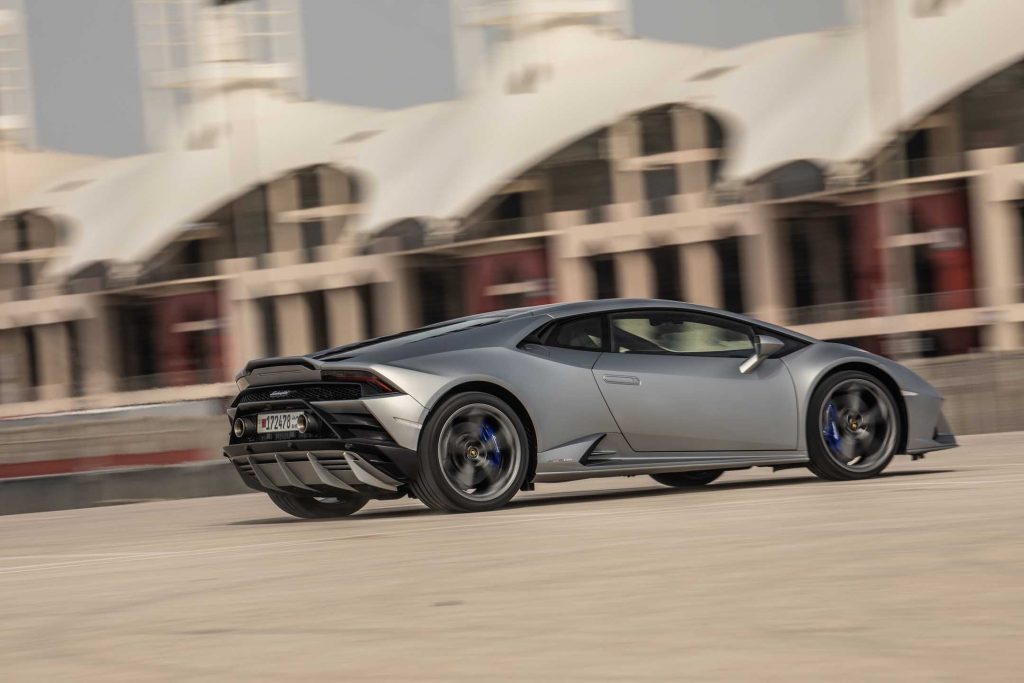 Essentially taking a cue from the lightweight Huracan Performante, the Evo is devoid of jutting splitters, side skirts and towering rear deck wing of the lightweight special. Having driven the former in Italy in 2017, it left me suitably impressed by its performance envelope, although it felt rather harsh driving over even slightly bumpy roads. More of a track tool, to be honest, the Performante remains a compelling mid-engine sports car that is decidedly rewarding to drive.

Now the Evo takes over the baton and duly replaces the standard Huracan range boasting two variants, the LP610-2 and LP640-4 -both available in Coupe and Convertible body styles. We spent time at the wheel of the LP640-4 Coupe in a recent jaunt around the Western Cape. While the exterior has only minor updates – the slightly updated lower front valance being the most prudent. The rear spots the most obvious changes with the twin sprouting exhausts now flanked by the rear lights – a trait lifted almost wholesale from the Performante. 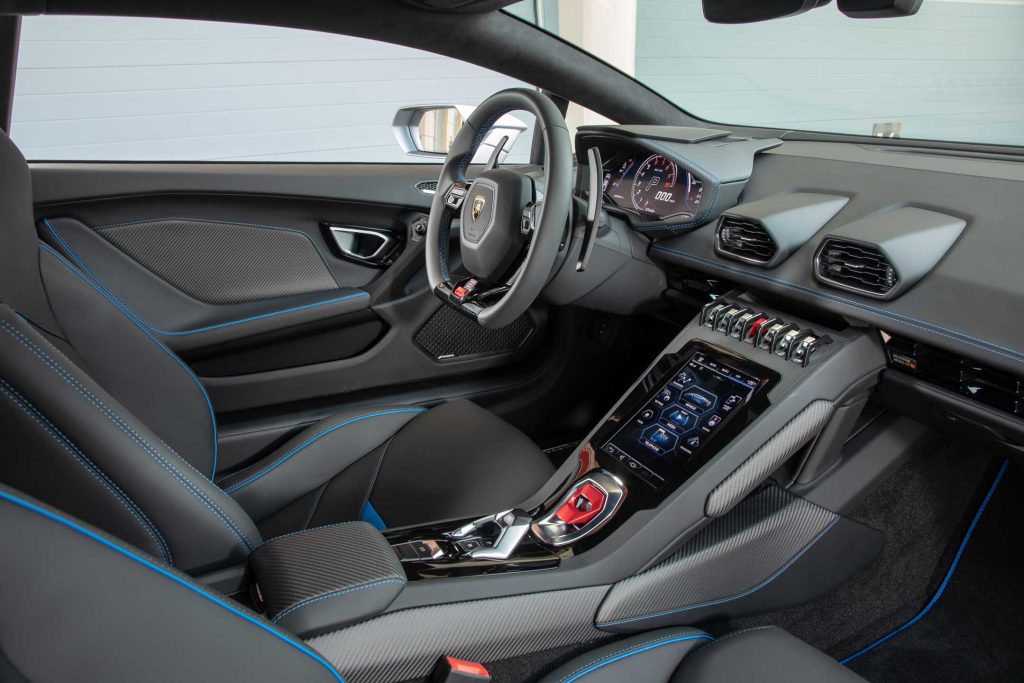 The cabin has been updated slightly with a new touchscreen infotainment system that now integrates most of the vehicle’s operations; including climate control, audio and Bluetooth devices to name a few. For while it has a reasonably easy to use interface, it does take some getting used to with settings for the fan speed menu, for instance, not clearly marked on the screen for easy access.

Another bugbear is the indicators located on the steering wheel, which also take some orientation to muster. That said, the new screen does manage to uplift the cabin ambience and imparts a perception of being in more of a contemporary vehicle than was previously the case.

WHAT MOTIVATES THE EVO?

As far as engines go, the Evo has one of the most spectacular and lusty power units currently on sale. In an era where force-fed turbocharging is more the rule than the exception, it is rather refreshing to have a large capacity, atmospheric engine that revs to the heavens at your beck and call. In this instance, the Huracan Evo boasts the tried and tested 5.2-litre V10 engine that pushes out 470 kW at 8,000 r/min and 600 Nm at 6,500 r/min.

All this fury is harnessed through a slick 7-speed dual-clutch transmission and all-wheel-drive. Acceleration from rest to 100 km/h is pegged at 2.9 seconds, the zero to 200 km/h, meanwhile, comes up in 9 seconds and the terminal velocity is 325 km/h. There are three driving modes at your disposal, the default Strada (Road), Sport, and Corsa (Race) to suit your driving environment and mood accordingly.

HOW DOES THIS TRANSLATE ON THE ROAD?

Sitting exceptionally low in your seat and looking out of the steeply raked window, you initially feel a tad claustrophobic, but surprisingly you quickly acclimatise once on the move. Everything about the Huracan Evo is driver-eccentric with both the steering wheel and seat adjustments offering great scope. The engine nestling just behind your head constantly fizzes with a cacophony and chatter that will get you giddy from the get-go. The transmission is ever so adept and deft at doing the mundane low-speed urban driving as it is shifting in manual mode at the upper echelons of the rev range. 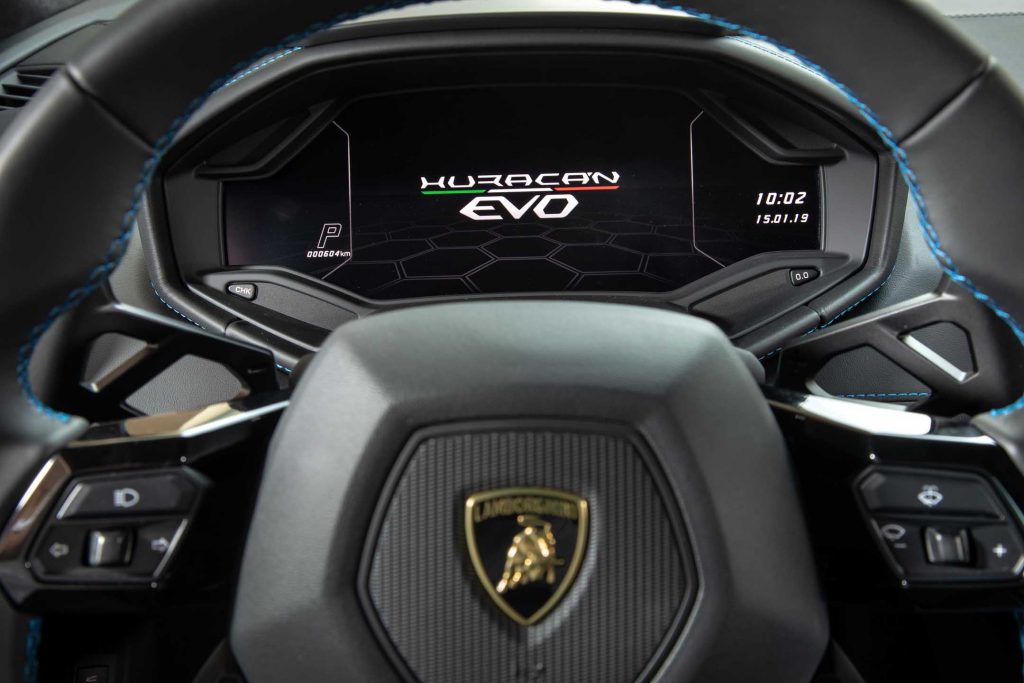 Driving the Huracan Evo in anger is a rewarding spectacle with Sport mode being the best median for road exploits, while Corsa is perhaps a tad too aggressive for road conditions and more a reserve for track driving exploits. That said, the Huracan Evo has a linear power delivery that eggs you to unreel the engine to its 8,500 r/min red line, which plasters a smile on your face that will leave the Joker from the Batman comic strip in an uncontrollable cloud of envy.

It goes and stops as well, but it is the sublime handling that will leave you stupefied. Letting the vehicle loose through some tight and gentle switchbacks, the Huracan Evo displays prodigious, leech-like grip levels that implore you to find the grip threshold, which is admittedly higher than what you might fathom.

The engine remains a masterpiece, the crown jewel and the epicentre of the Huracan Evo’s character. It wails and belches with a timbre that culminates in a metallic crescendo that will have the hairs on your neck and arms stand on end. It is, unequivocally so, one of the best production engines of our era.