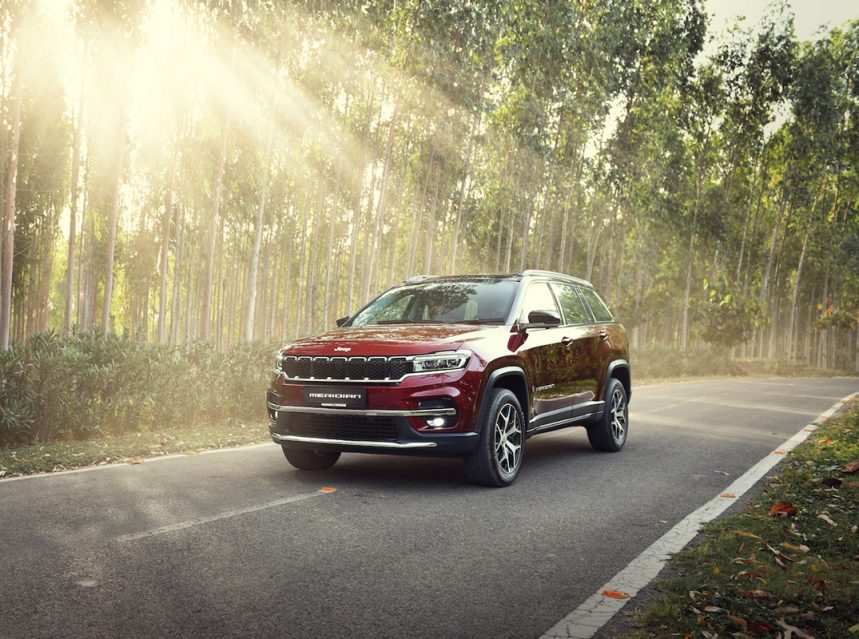 Following the introduction of a spate of seven-seater SUVs to the country, Jeep has unveiled the new Meridian in India, and Stellantis South Africa has confirmed the right-hand drive three-row D-SUV contender is currently under consideration for possible local induction.

Based on a stretched version of the Compass platform, the Meridian is fundamentally a clone of the Brazilian-built Jeep Commander, launched last year. It is unrelated to the Grand Commander range sold in China, and Jeep India probably chose the Meridian name to avoid confusion with this Cherokee-based model and the long discontinued but popular Mahindra-built CJ5-based Commander.

With design elements reminiscent of the Grand Cherokee and Grand Wagoneer, the Indian-spec Meridian is externally almost identical to the Commander but features up to 82% parts localisation. Other changes include projector-style headlights, a different front bumper design and unique wheel designs.

Compared to the Jeep Compass – the lone Trailhawk version of this model was discontinued here in 2020 – the Meridian is 365 mm longer, with a 158 mm longer wheelbase, and has up to 1,760 litres of luggage space with the second and third-row seats folded down. The seats can be folded down in eight different ways, and a panoramic sunroof is also available.

The dashboard design is shared with the Compass, as well as a 10.25” Full Digital cluster and infotainment system with a 10.1″ Full HD touchscreen. Dual-zone climate control, hill-start and descent control, a 360-degree camera, and “Select-Terrain” modes (Sand, Mud, Snow, and Auto) are also available, but apparently, there is no “Jeep 1941” decal in the Meridian.

The Meridian will be available in two well-equipped trims in India but only with one engine option – the Multijet II ‘TD380’ 2.0-litre inline-four-cylinder turbodiesel – mated to a nine-speed auto transmission or six-speed manual gearbox and available in front-wheel drive or all-wheel drive configurations.

While Jeep India did not divulge any power figures, the engine (as used in the Indian-specified Compass) delivers 127 kW at 3,760 rpm and 350 Nm of torque at 1,750 to 2,500 rpm. Jeep claims a top speed of 198 km/h and a 0-100 km/h sprint time of 10.8 seconds for the Meridian. While the Compass is available in India with the 1.4-litre MultiAir turbo-petrol engine, there is no indication yet of a petrol option for the Meridian.

However, with equipment, trim and specification level taken into account, the new Meridian SUV could be a more than convincing contender from Jeep to take on models such as the Toyota Fortuner, Ford Everest, Isuzu mu-X and the Mitsubishi Pajero Sport in the local market. Pricing in India for the Meridian is around R600,000 to R700,000, without import tax or duties included.