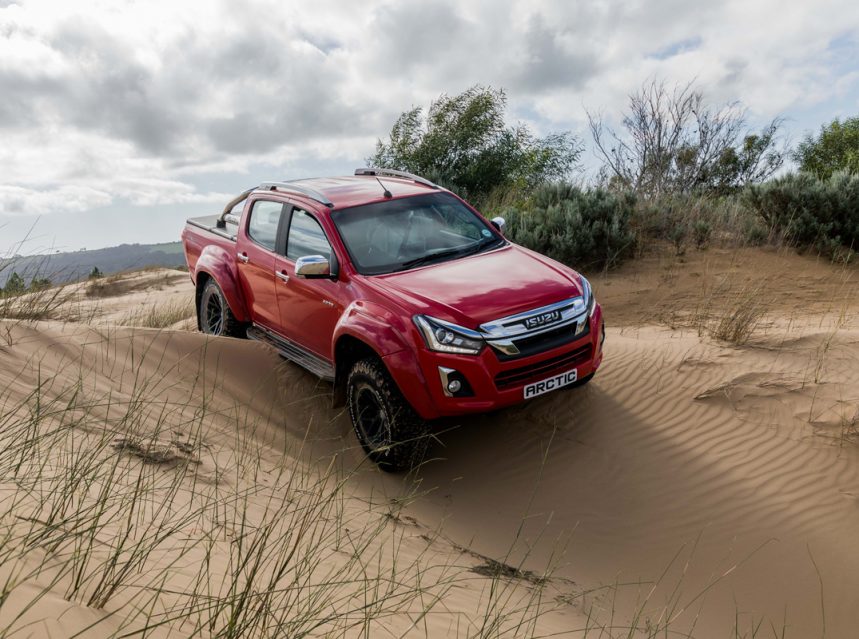 It’s polar opposites, yet very much the same: sand and snow. And as the Arctic Trucks nameplate suggests, it was originally conceived to tackle only the toughest of sub-zero conditions. Big, floaty wheels, tough suspension and looks that will motivate an iceberg to move out of the way – but, that’s only part of the off-road know-how that has been implanted into a South African favourite; the Isuzu D-Max, to confront the roughest terrain our sub-Saharan climate has to offer.

Ask near any off-road enthusiast, and they will likely tell you that sand driving is one of the most exciting ways to get dust in the hard-to-vacuum places of a capable 4×4. Not quite convinced? Well, sand driving goes something like this: deflate the tyres, point to a dune and get some momentum going. Not too much, though, since ideally, you don’t want to get a two-plus-tonne off-roader airborne. Next step; hold on, it’s a bumpy ride!

Now, add to that a purpose-built off-roader, and you have yourself some surging adrenaline. And that’s exactly what Isuzu did at the recent launch of its D-Max Arctic AT35: Essentially pointing us in the direction of some positively intimidating dunes and handing us the keys to some of the most capable 4×4 machinery locally available – after some safety briefings of course.

As you’ve probably seen on the accompanying photos, this Isuzu looks a mite or two different, from say your standard D-Max. The AT35 in its name stands for Arctic Trucks, while the 35 signifies the size of its wheels, which in this case is 35”.

That’s sizable, no matter how you try to slice it and, as a result, some clever adjustments also had to be made to the bodywork – to not only make it drivable with the sizable knobblies, but also modify the rest of the bodywork to comply with Arctic Trucks engineering standards.

While the AT35 starts its production life as a standard D-Max, all work that goes into the AT35 is done in special conversion areas, where other primary components, like the Fox off-road suspension, and the wheels of the high-riding Isuzu are fitted.

The net result of the modifications is 268 mm of ground clearance, with a 120 mm increase in vehicle height, from 1860 mm up to 1980 mm. The wading depth has also been significantly improved from 600 mm to 718 mm – you know, for that rugged-it sort of conditions. 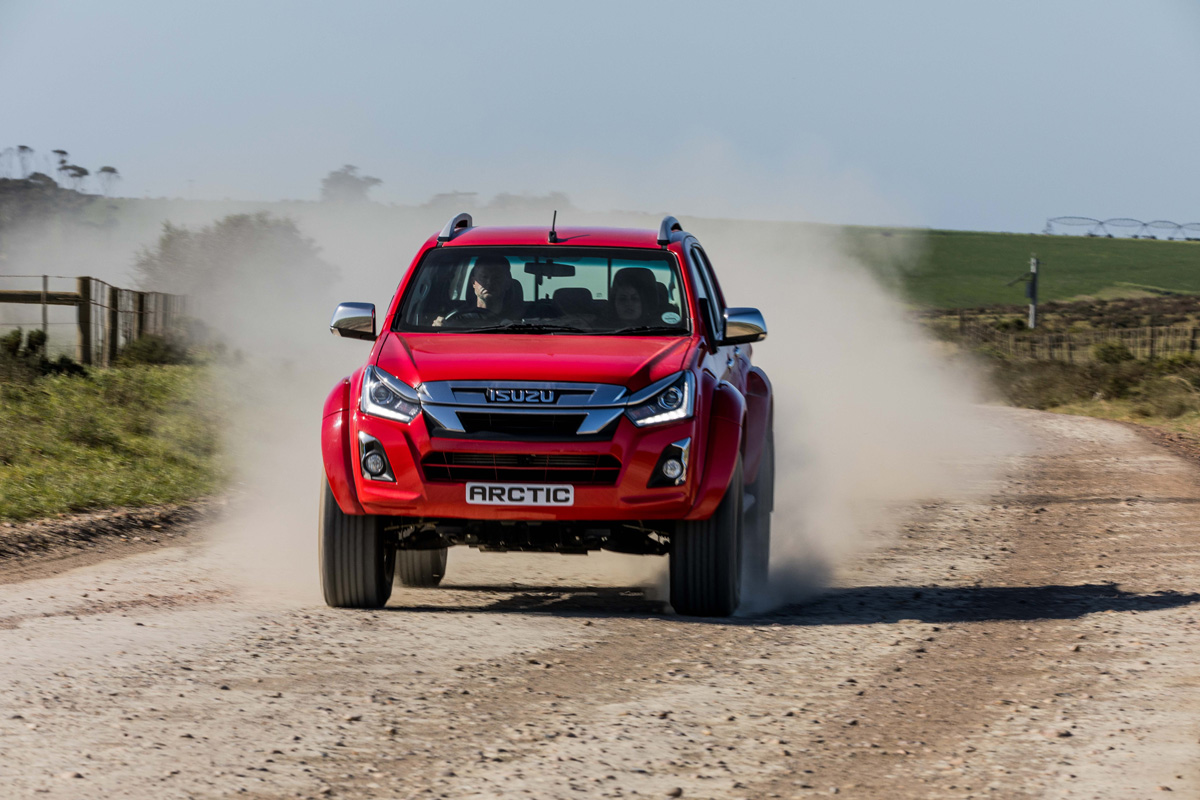 Back to the off-roading at hand, though, and it soon becomes evident that all these modifications are not just for show. We deflated the tyres to well below two bar – since both sand and snow requires the added flotation of the bigger tread surface when deflated – switched off the traction control, and we were in business.

Starting with the more ‘manageable’ amongst the field of dunes, we progressively worked our way upwards to the banks that, admittedly, caused some clammy hands and a racing heart rate. See, the possibility of toppling over was real – a proposition that didn’t sit too well with me.

Nevertheless, we attempted to defy gravity with the standard D-Max bakkies that required the perfect line through the sand, the perfect application of speed for the vital momentum and absolute concentration. If, and only if, all these elements were present, it managed to crest the dune. Still an impressive feat on its part.

Bring in the dedicated machinery in the form of the AT35, though, and it becomes significantly less complicated. For one, the tyres provided just the right amount of sand-top flotation without hindering manoeuvrability, while the dedicated tough-as-nails Fox suspension provided enough travel without bottoming out on the bumpy surface. As a result, you’d be able to tweak your forward momentum without the fear of damaging the vehicle or going airborne at the pinnacle moment. It’s almost fool-proof.

During gravel travel, the AT35 is also noticeably more stable in its approach than its standard D-Max sibling, composedly able to absorb most of the bumps that would upset, and even derail, a standard bakkie of any shape or brand.

And, if you were wondering, on the blacktop, where many an Arctic Truck will spend its time, it’s not at all that more taxing to drive than, well, the standard bakkie. During our stint on the N2 highway in the Eastern Cape, we found the gear ratios to be well geared for the sizeable wheels, with the only objection from the gearbox coming in a reluctance to gear up to sixth during cruising conditions. Also, there’s no excessive tyre-noise, so that too is a welcome check in its box.

As far as bare-knuckled off-road capability goes, you won’t get much tougher than the Isuzu Arctic AT35. That, combined with the fact that the powertrain has now been tried, tested and proven to be well-near bulletproof, you can rest assured that you can wrestle any terrain with peace of mind.

But, therein, also lies a problem: The AT35 will cost you a dear R785,000, only R18,300 less than its biggest competitor, the Ford Ranger Raptor, which is newer, and more up to date with the times. See, the Raptor not only has a more refined, up-to-date and powerful drivetrain, but it’s also more in touch with what modern, looking-for-tough-and-pretty customers demand.

Maybe then, the fact that the AT is considerably less dime-a-dozen than the Raptor will appeal to die-hard tough-bakkie fans since Isuzu said it’s only planning on building 50 units a year.