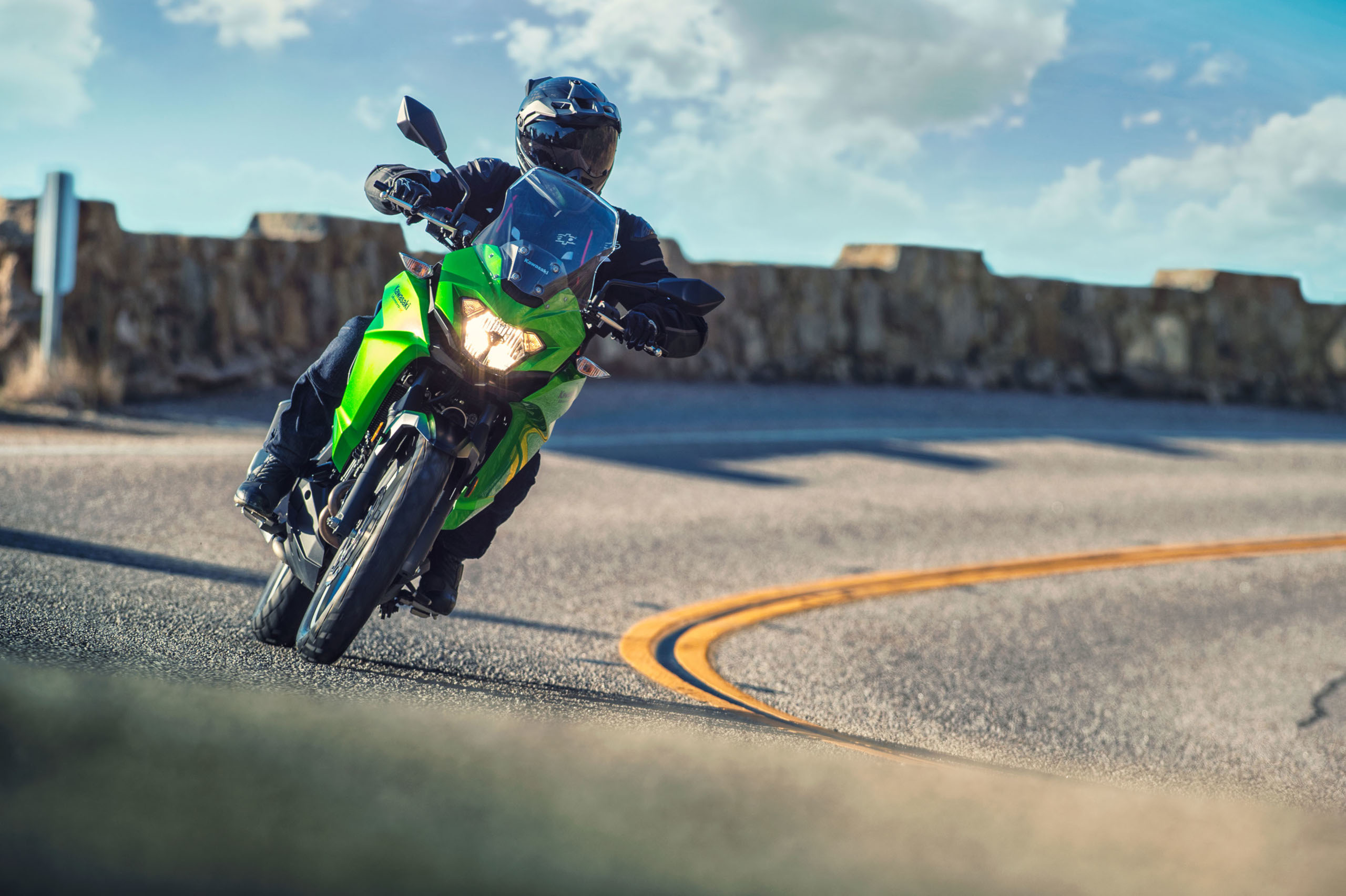 Kawasaki, for many years, has taken a backseat in the dual-purpose market. This allowed manufacturers like BMW, KTM and Honda to capitalise on the ever-growing opportunities in the adventure segment. So, not to be outdone, Kawasaki has tweaked the adventure formula into what is known as the Kawasaki Versys-X 300. GAVIN FOSTER gave it a whirl to see if it has what it takes.

Kawasaki already started selling their KLR650 single-cylinder adventure bike back in 1986, and even today, it still sells reasonably well, even while its styling is regarded as dated and its performance lacking by modern standards. But, in many markets, including South Africa, it had to be discontinued thanks to an inability to comply with emission control legislation.

Despite its lethargic road-manners, it eventually became a cult classic. See, the Versys 650 Twin that replaced it in the local market, although styled along the lines of an adventure bike and delivering substantially better on-road performance, had some serious shortcomings in the adventure department.

For starters, the 650 Twin lacked the wired wheels that provided much-needed suppleness on uneven surfaces and even the dual-purpose 19” front tyre. Then there was the absence of flexible fairings or the long-travel suspension that ensured it could deal with more than just the humdrum of tarmac.

Finally, though, things were looking up in 2017 with the arrival of the Versys-X 300. Thanks to its size, it offers all the compact qualities of a small dual-purpose motorcycle, coupled with general usefulness in the confines of the city.

At the heart of the Versys-X 300 lies the same twin-cylinder liquid-cooled 296 cc parallel-twin engine that is used to power the entry-level Ninja 300. And, instead of adding more power, the high-revving boffins at Kawasaki tinkered with the engine to improve the midrange torque-curve for better cruising abilities.

On a good day, the Kawa should be good for an indicated 170 km/h. This means it has slightly longer legs than the legendary KLR650, and while this is very impressive, we won’t bet on it in an in-gear acceleration test against its torquier sibling. At 130 km/h, the X 300 cruises comfortably at 9,500 r/min with the rev limiter due to chip in only at 12,750 r/min.

The rest of the Versys is an intermingling of high spec here, and entry-level gadgetry there. It comes with ABS, an onboard gear selection indicator and a trip computer. The X 300 also has a slipper-clutch that works in unison with the ABS to eliminate rear wheel-bounce under hard braking.

On the downside, the rear shock only offers spring pre-load adjustment, while the frontal fork is quite rudimentary in design resulting in no adjustment options. Since this all helps in the greater scheme of pricing; it shouldn’t be a deal-breaker.

We reckon most riders will simply set the preload to whatever suits them and hit the road or trail, as is the case with this adventure offering.

The Kawasaki Versys-X 300 is a compact motorcycle, but don’t underestimate it. When the going gets tough, it is likely to outperform machinery a lot bigger and more expensive than this small-in-stature adventurer. At just 175 kg fuelled to the brim, it ought to be a doddle to wrestle up Sani Pass.

What is also interesting, though, is that the X 300’s donor Ninja has been considerably sized-up to 400 cc for 2018. So, if Kawasaki decides to follow suit with the Versys and roll out another adventure offering based on the compact superbike, we should see a massively capable middleweight contender in about a year or so. It would look then that Kawasaki is not simply tweaking the adventure formula — they are completely rewriting it.