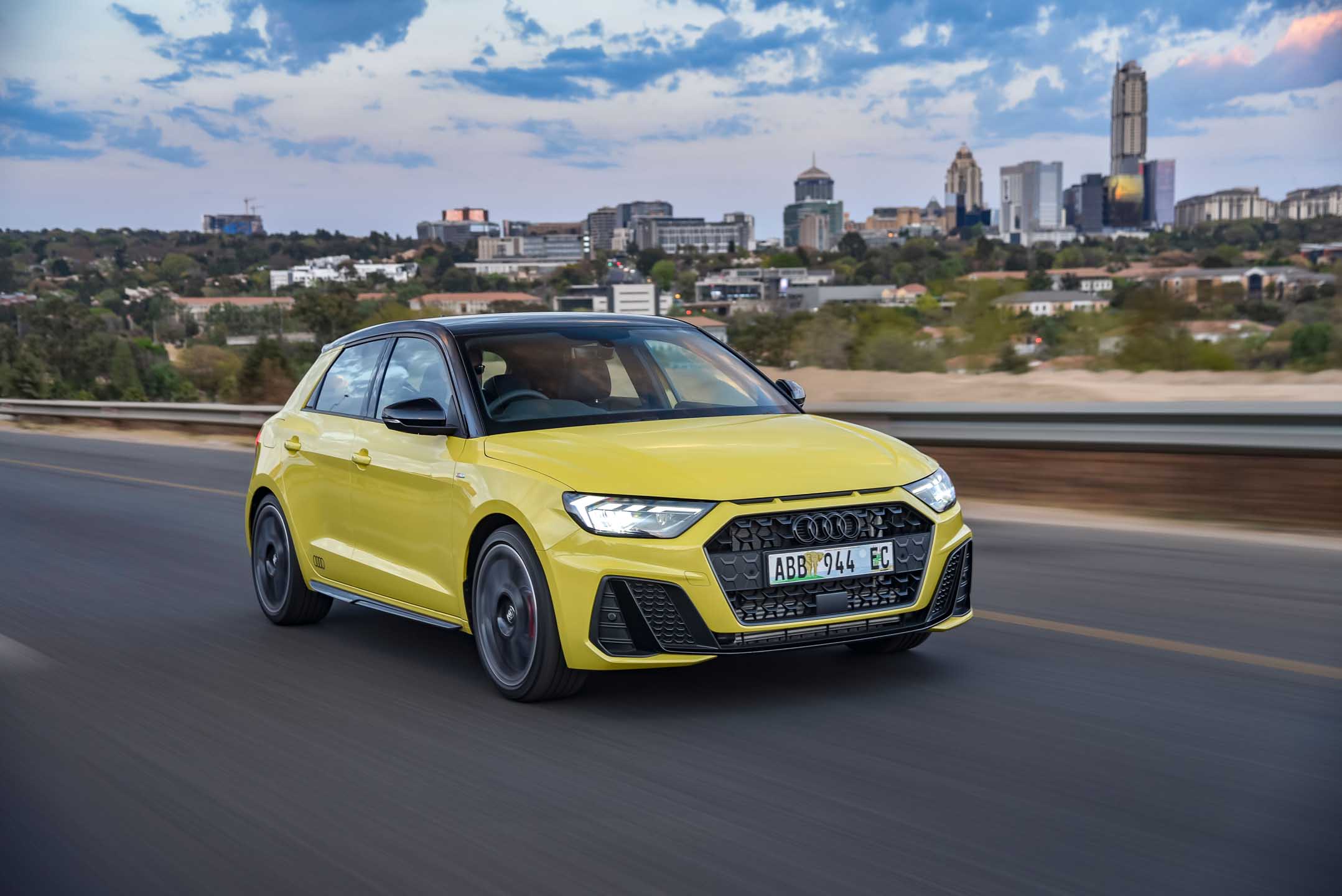 The Audi A1 is one of those cars, you know, the kind that resembles accessibility into the sphere of premium with a relatively affordable price tag. It can keep an aspirational dream of attainability alive. And that, Deon van der Walt maintains, is what made the A1 popular enough that it found 13,700 homes since its 2011 South African launch. 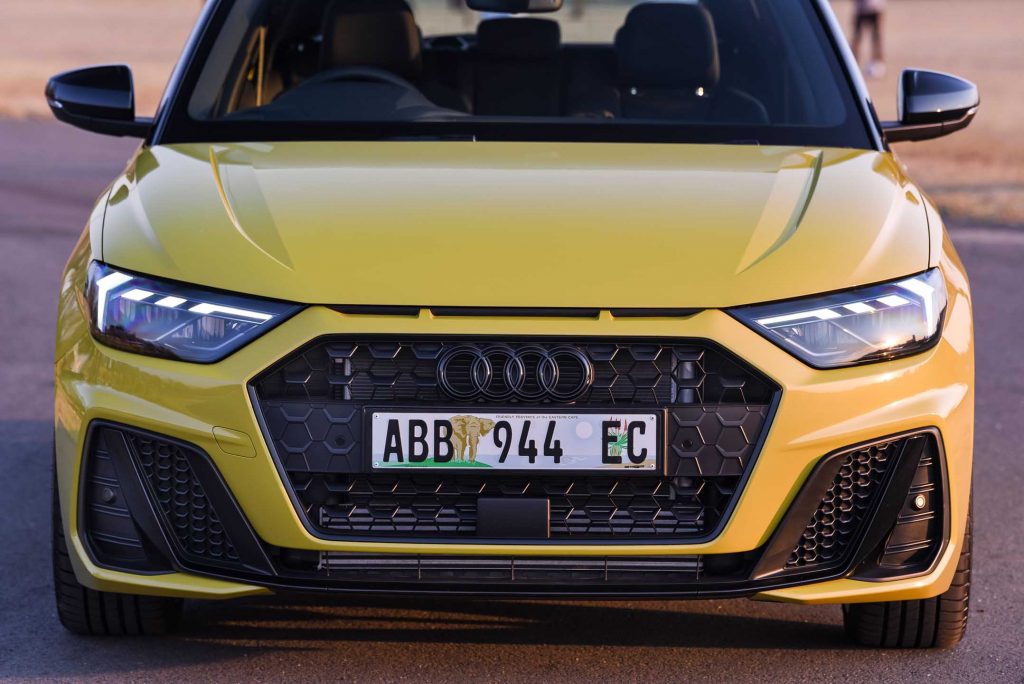 Also, it was the kind of car that, despite its rounded curves, managed to remain current and trendy and all the words relating to modernity that us motoring types like to use – even if it was getting on in years.
While the new version also has something of a trendy element going for it, the overall design has received a massive overhaul away from soft and curvy lines (an element that arguably deterred a lot of buyers) instead morphing into a more focused car with sharper and significantly more aggressive outlines.
Take the silhouette for one, the overhangs are shorter, better accentuating the wheels – especially with the sportier S Line trim. At the front, the single-piece grille creates an impression of a wider stance, even though the width of the A1 has remained largely the same at 1.74 metres. Speaking of dimensions, it has grown lengthwise by 56 mm to 4.03 m, while it stands 1.41 m tall. 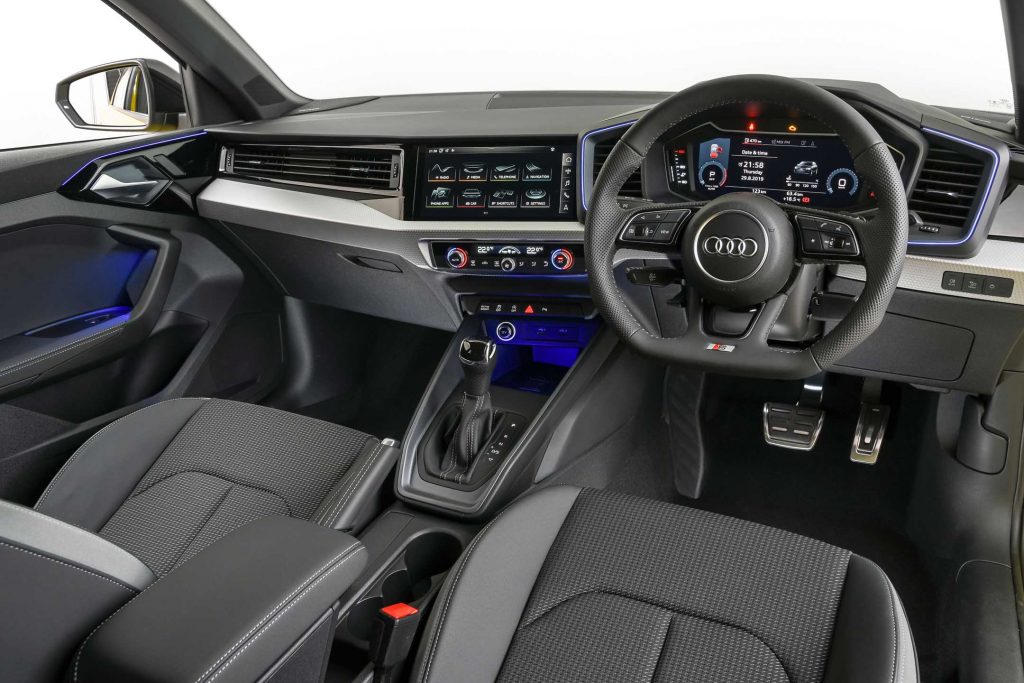 Exterior dimensions also has a direct influence on the cabin space. Remember I mentioned the short overhangs? Well in the case of the A1, it meant a few extra millimetres – 94 of them to be precise – in the wheelbase department with the net result equating to a sub-compact that received some welcome additional interior space.
Don’t get me wrong, the rear seats are still somewhat compromised in the front-to-back department, but sitting in the front, it’s easy to forget the still-condensed size of the baby Audi.
The dashboard received the ol’ smoke and mirrors horizontal-line treatment to create an added impression of width, while the entire cabin, as is Audi’s new approach, is focussed towards the driver with an angled centre-infotainment system and the now regular-feature digital instrument cluster.

Audi has also done away with the long, and deceptively pricey, specification lists that included everything from stitch-count to engine choice, instead introducing a more streamlined process with specification packages.
These consist of the Comfort that features items like cruise control and two-zone air-conditioning, while the Sport pack boasts nice-to-haves like a flat-bottomed steering wheel, sports seats and Audi’s Drive Select option to name a few. There’s also a Lights and Technology pack that includes LED headlights and Audi Virtual Cockpit respectively, while an S Line interior is also on offer.

There are three engine options on offer with each denoted on the rear as a seemingly ‘random number’ instead of the traditional engine-size designation. The Audi A1 is available in the ‘30’ that houses a 1.0-litre turbo engine producing 85 kW and 200 Nm, while the mid-range ‘35’ is powered by a 1.5-litre turbo engine that is good for 110 kW and 250 Nm of torque. At the upper end of the pricing scale lives the ‘40’ that is powered by a 2.0-litre turbo mill that churns out a meaty 147 kW and 320 Nm of torque. 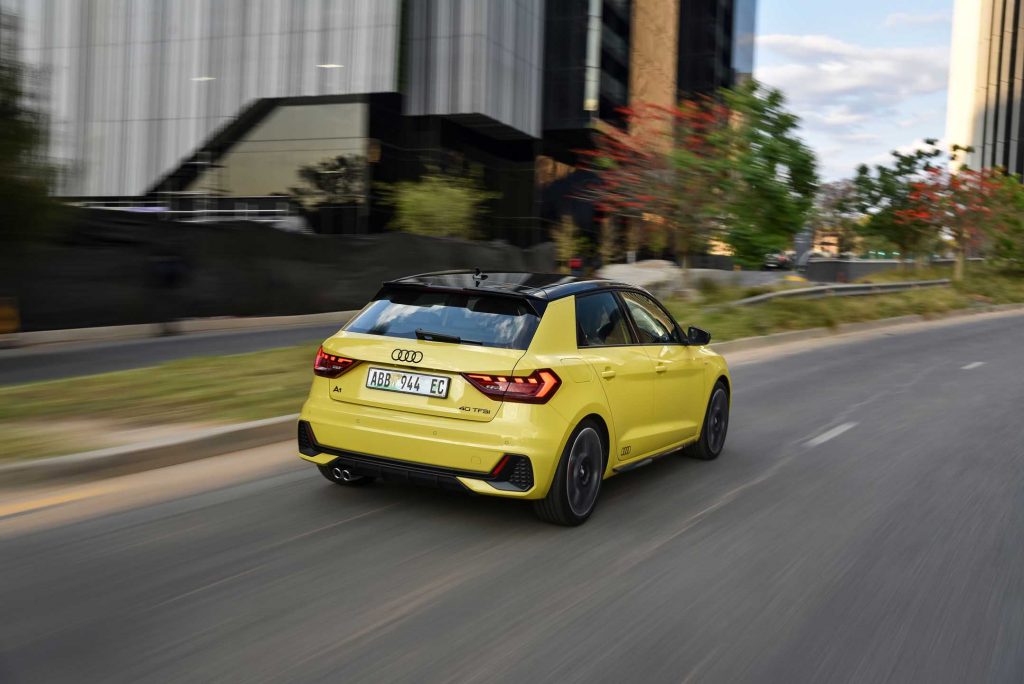 We sampled both the 35 and 40 engine derivatives on the local launch and right off the bat the respective applications of the different models were evident. The 40, which is fitted as standard with an S Line styling pack, felt notably more dynamic on the blacktop, while the 35 delivered an incredible all-round experience.
Where the torquey engine of the 40 plastered a smile on your face with its playfulness, the 35 just managed to settle down without tempting you to test the accuracy of the round-the-corner traffic officer’s radar gun. That, coupled with the fact that it has some go-getting spirit to spare, means it’s the option to have – well, it’ll be for me, naturally coupled with the S Line styling pack if I were to fork out nearly half a bar for a sub-compact premium hatchback.

The new Audi A1 has mostly hit the proverbial nail on the head. Sure, its future-proof styling means that in another decade or so it will still be considered as being lit and trendy and whatnots, while it will also retain its resale value reasonably well, we reckon.
But, most importantly, it’s still that aspirational sort of premium vehicle with a reasonably affordable price tag. Perhaps if you’re shopping in the 30 engine range but everything else, when you consider surface area, is a bit on the steep side.
It’s worth it, though. If you can put a price on happiness it’ll likely be in the region of R450,000.