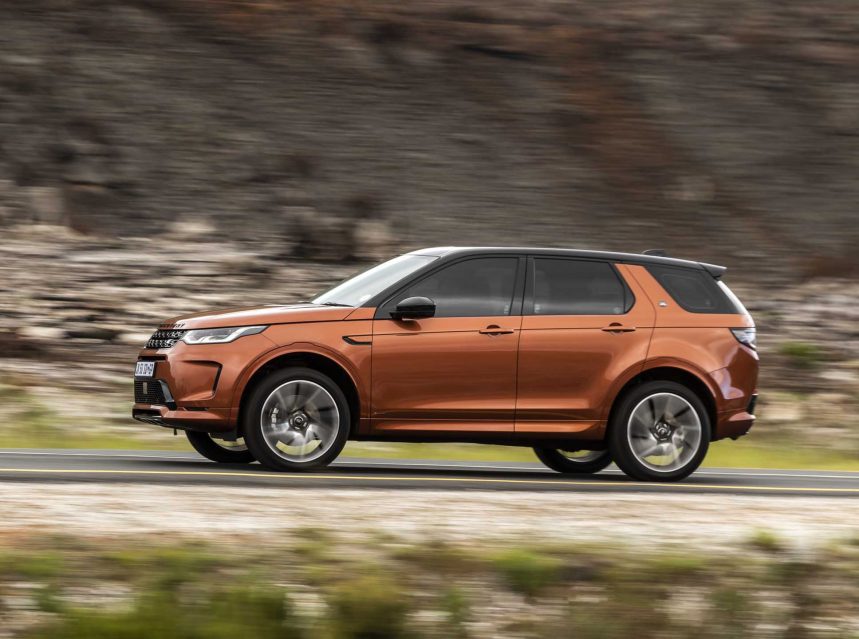 Land Rover’s Discovery Sport has arguably been treading in the shadows of its more popular sibling, the Discovery and has not quite made significant strides in luring buyers looking for a seven-seater, sub-R1m premium SUV. However, JLR has now introduced a markedly improved Discovery Sport – giving it an overall plusher and more convincing proposition.

Having launched back in 2015, the Discovery Sport duly took over the baton from the stalwart Freelander, which although a great package at the time, was decidedly getting long in the tooth and losing out to its more modern German rivals.
As the Discovery name suggests, the Discovery Sport’s mandate was that it had to be capable off-road all the while remaining premium enough to take the fight to the Teutons – and the optional seven-seat option gave it a slight edge over its adversaries. 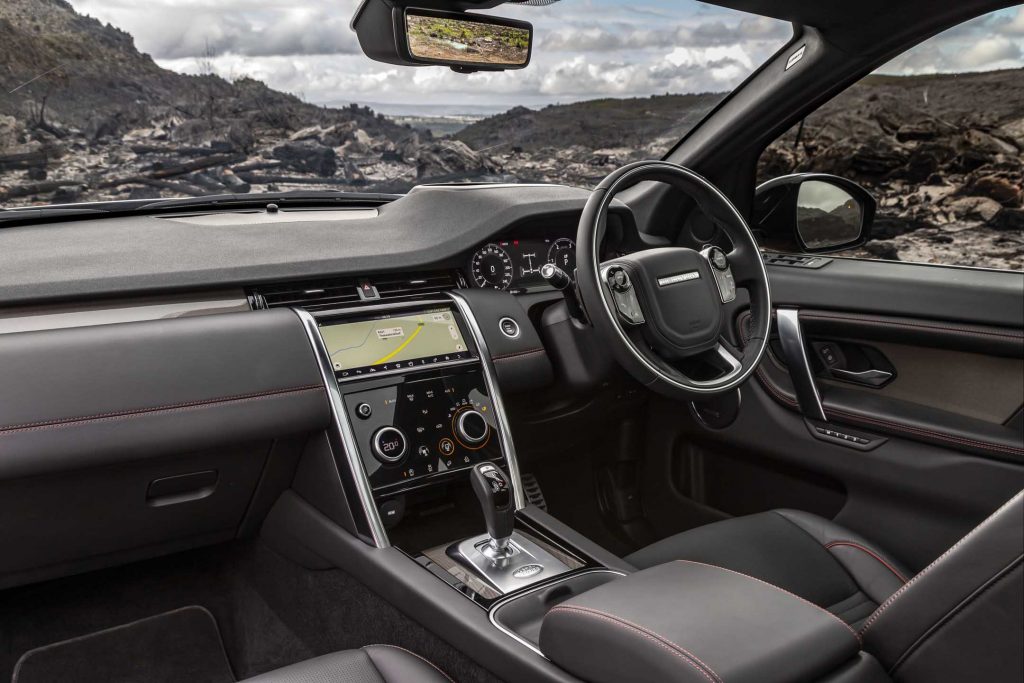 To a large extent, the model ticked most boxes, however, being at the time based on the Freelander architecture, it felt wanting in some key areas, packaging being one of them and the other being a slightly lower rung on the tech offering.

The latest Discovery Sport sets out to address these anomalies by, for starters, basing the new model on the new Evoque’s more modern platform. This has, in most regards, elevated the Discovery Sport to a much plusher pedestal thanks to a design architecture that is more in line with SUVs playing in this space. 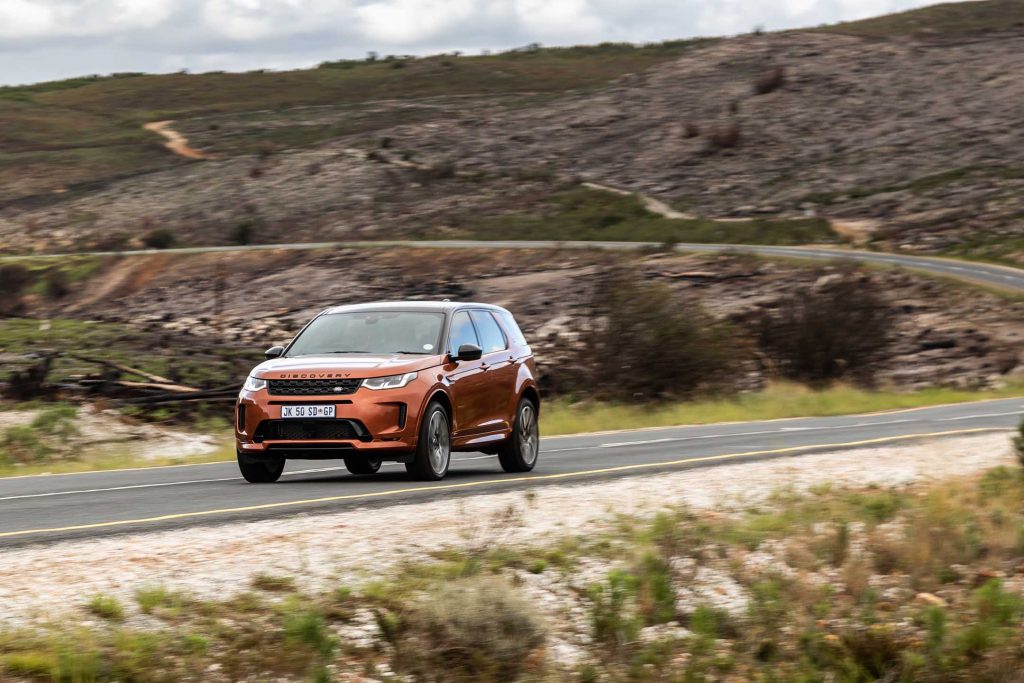 The model’s front visage is less fussy and more congruent to the big brother Discovery with its slim and swept-back headlights, so too is the mesh grille. There are LED headlights on offer, while specification levels count Base, S, SE and HSE – the three latter are also available in the sportier R Dynamic trim that adds sportier alloy wheels in various sizes and designs and contrasting stitching in the cabin among others. The rear looks much tidier with a signature design that echoes that of its much larger siblings. 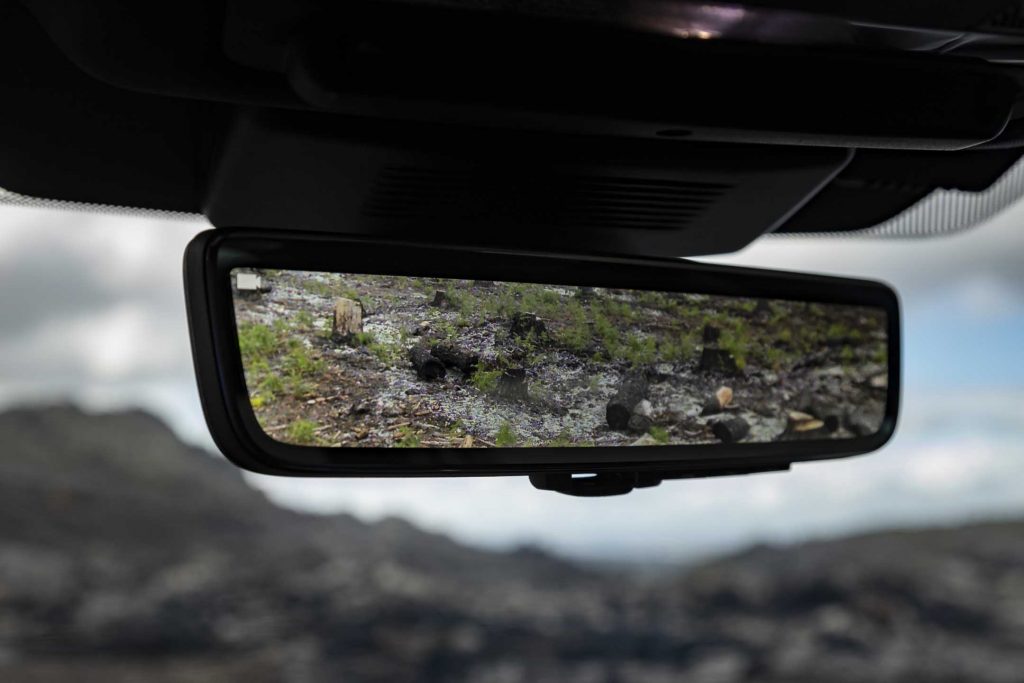 Apart from the standard fair of convenience accoutrements, the Disco Sport also comes with the ClearSight rearview mirror, which digitally displays a live rear-view image at a flick of a button and displays a 50-degree wider field of view than what the conventional mirror can muster.

For those with an even more active lifestyle such as surfing, for instance, there is an optional Land Rover Activity Key, essentially a wearable waterproof wristband that allows you to leave the key fob in the car and use the Activity Key to lock and unlock the vehicle instead.

For off-road exploits, the ClearSight Ground View technology, first seen locally in the Evoque, assists drivers to navigate high city centre kerbs or tackle rough terrain by projecting camera imagery that offers a virtual 180-degree view beneath the vehicle onto the touchscreen. It is quite a novel and handy tool that will save you from some unforeseen vehicle damage.

There’s also wireless charging for compatible mobile devices, while 12V plug points are available in all three rows of seats. You also get individual ventilation and heating for each second and third rows.

Two engines from the Ingenium family are on offer both measuring 2.0-litre in capacity, turbocharged, but fuelled in either diesel (D180) or petrol (P250). The former, which we drove at the model’s launch in the Western Cape before the national lockdown, is good for 132 kW and 400 Nm, while the latter, which will be made available later this year, makes 184 kW and 350 Nm.

Both are paired to a 9-speed automatic gearbox. Being a firm fan of the diesel, it felt more than capable of lugging the vehicle with much conviction and the gearbox was relatively smooth with very little in the way of hunting for an appropriate gear. This, of course, might be a different proposition in the petrol variant, but that remains to be seen. 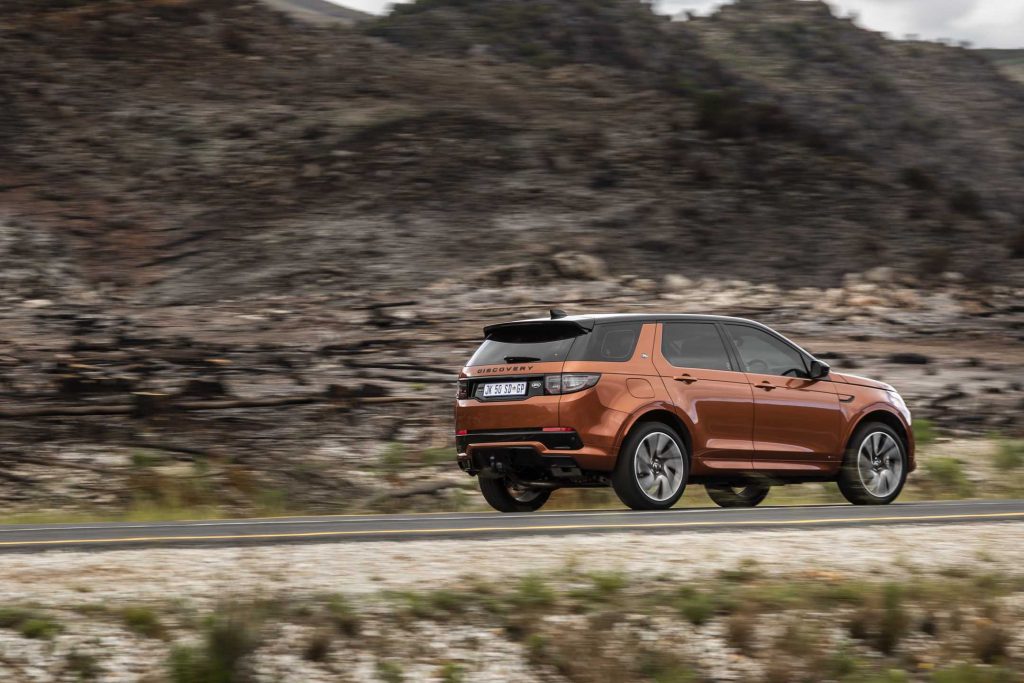 On-road manners are exemplary with excellent damping for the most part, while off-road, the Disco Sport manages to hold its own with the Terrain Response managing all the necessary traction and braking duties, requiring the driver to only steer the vehicle in the desired direction. It remains exceptionally capable and boasts a 600 mm wading depth, ideal for river crossings and the like.

The latest Land Rover Discovery Sport is a far classier and capable proposition than its predecessor and boasts all the latest technology to keep it abreast of competitors. For those looking for a capable, premium seven-seater SUV in the sub-R1m bracket, the Discovery Sport makes a compelling case for itself and is worth a second look if you’re shopping in this pond.