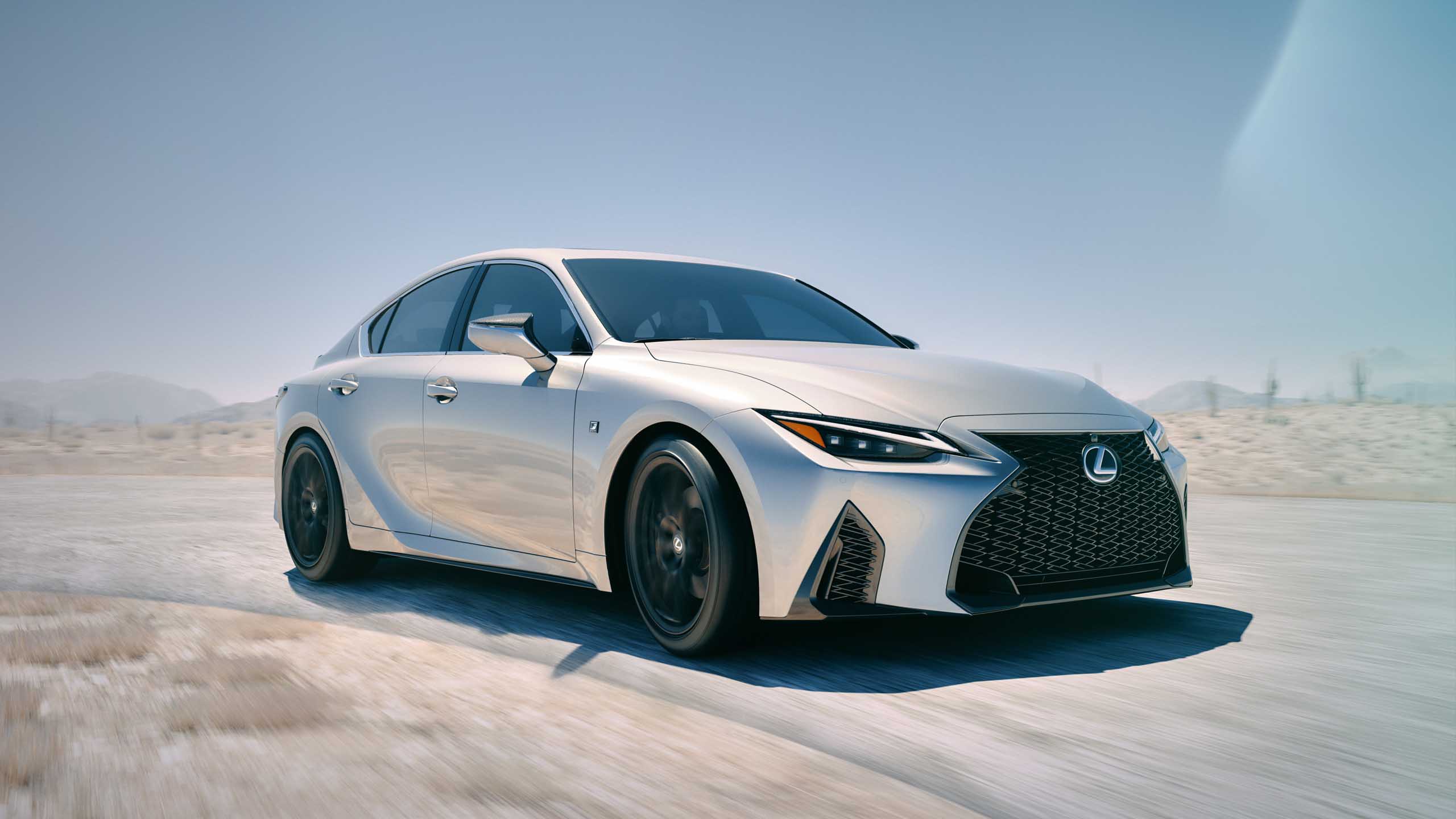 It’s hard to believe that it’s already been 21 years since I was fortunate enough to attend the world launch of the original IS, a new entry-level rear-wheel-drive sport sedan from Lexus. It was designed and developed to take on the European class-leaders, the BMW 3 Series and Mercedes-Benz C-Class.

Back then, we spent two days in Marseille, France; thrashing the newcomer over the twisty mountain roads surrounding the coastal city – an experience standing in stark contrast to the introduction of the latest IS; by online presentation from the United States… with no chance of physically touching the car’s sheet metal, let alone evaluating it on the road.

A shame since from the presentation it was clear Lexus has with the latest IS model returned to the sporty roots of the original. Derived from the JDM-only Toyota Altezza, the first Lexus IS exemplified a huge leap for the Japanese brand, moving from luxurious cruiser-type vehicles to offering a sporty, compact vehicle.

It also represented a more adventurous design approach, with a novel chronograph-styled instrument cluster and rear light clusters covered with clear Perspex. This became known as “Lexus style” or “Altezza lights” and it influenced the development of aftermarket clear-covered LED taillights that only reveal their colour when illuminated.

Introduced to South Africa late in 1999, the IS200 received praise for its overall design and sporty dynamics but was criticised for its lack of power (114 kW/195 Nm), compared to its rivals. Even the inline-6-powered IS300, introduced in 2000, could not make up the deficit and locally everyone clamoured for a derivative powered by the 154 kW 3S-GE turbo engine used in the Altezza RS200. However, that was never going to happen… 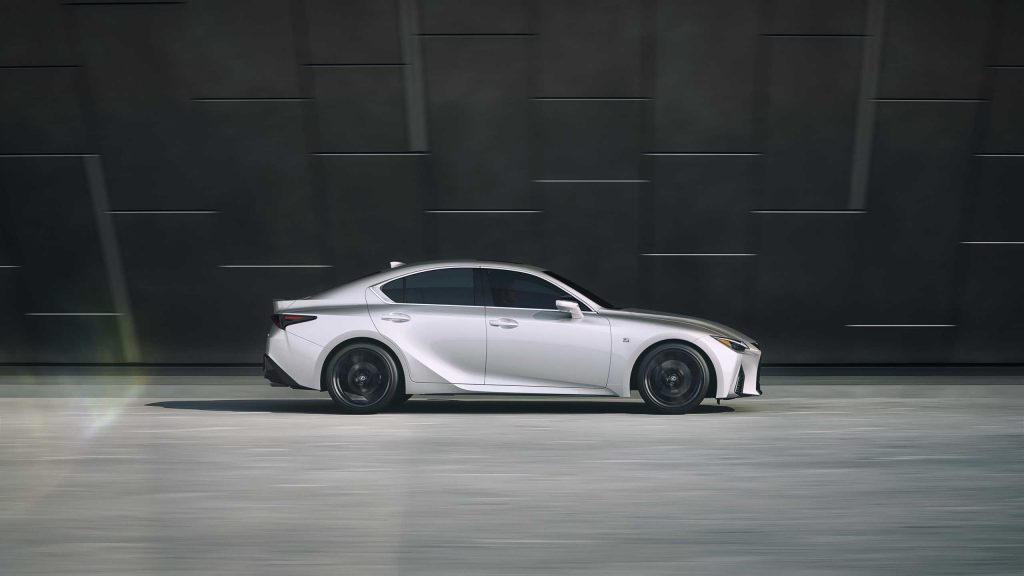 Signalling the change in core market for the IS over the last two decades, the latest model was introduced by US racing driver Townsend Bell, who participates in the IMSA WeatherTech SportsCar Championship with a Lexus RC F GT3, and Lisa Materazzo. Vice President, Lexus Marketing, Toyota North America.

While in effect an extensive facelift of the third generation XE30 model (you can call it a Version 3.5 if you want) with carry-over engines, the newcomer now has more aggressive styling and enhanced driving performance, as highlighted in the presentation. Body rigidity has been improved and lighter suspension parts of aluminium ensures less unsprung weight.

Due to the new design its centre of gravity is lower, and the optional Dynamic Handling Package includes a variable suspension system. The new model’s handling traits were honed at various facilities throughout the world, including the new Toyota Technical Centre Shimoyama, close to Nagoya, that opened last year.

“What we had foremost in mind in developing the new IS was to make it a car that excelled in communicating with the driver, regardless of the road conditions or driving status,” he added. 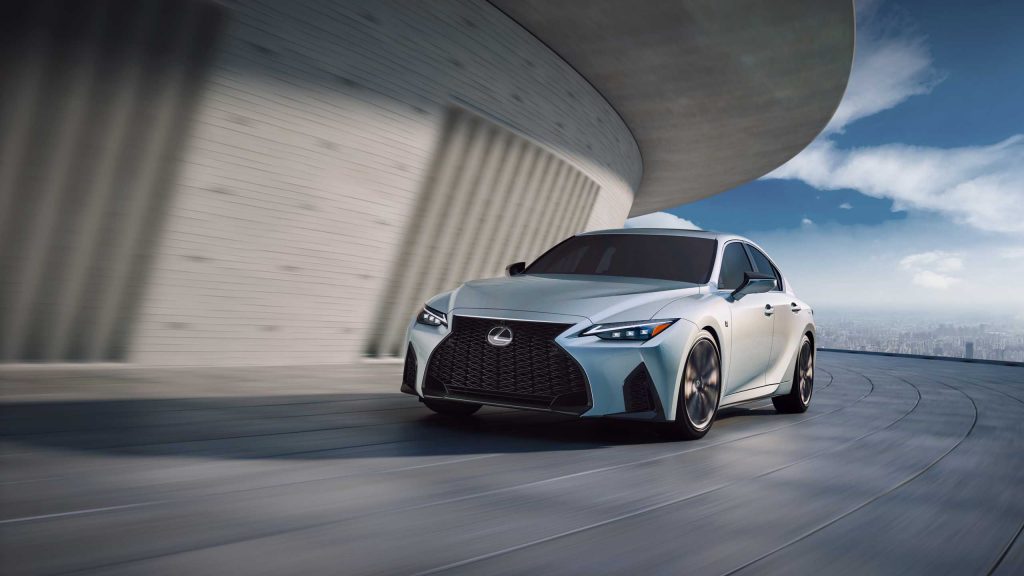 These promised dynamic traits of the new IS may still be untested, yet it certainly looks the part. With bolder, more aggressive styling it is now slightly wider, with muscular fenders to accommodate larger 19” wheels and tyres.

According to Lexus this wider and lower form nods to the inherently high level of driving performance the IS possesses, with overtly aggressive sharpness carved into the lower side and shoulder character lines.

A revised spindle grille features a three-dimensional, polyhedral structure with an emphasised sense of presence. On the F Sport, block forms based on a spindle motif combine with a mesh pattern for a sportier look, and a bottom-grille air intake allows for higher airflow to the brakes, a design inspired by the RC F.

Standard IS models feature a new grille with mini spindles within its design, and new slender headlights (triple-beam LED lights are available) feature daytime running lights with a sharp L-shape signature. Their lower position is matched by lowered side character lines, while new rocker panels accent the side profile. 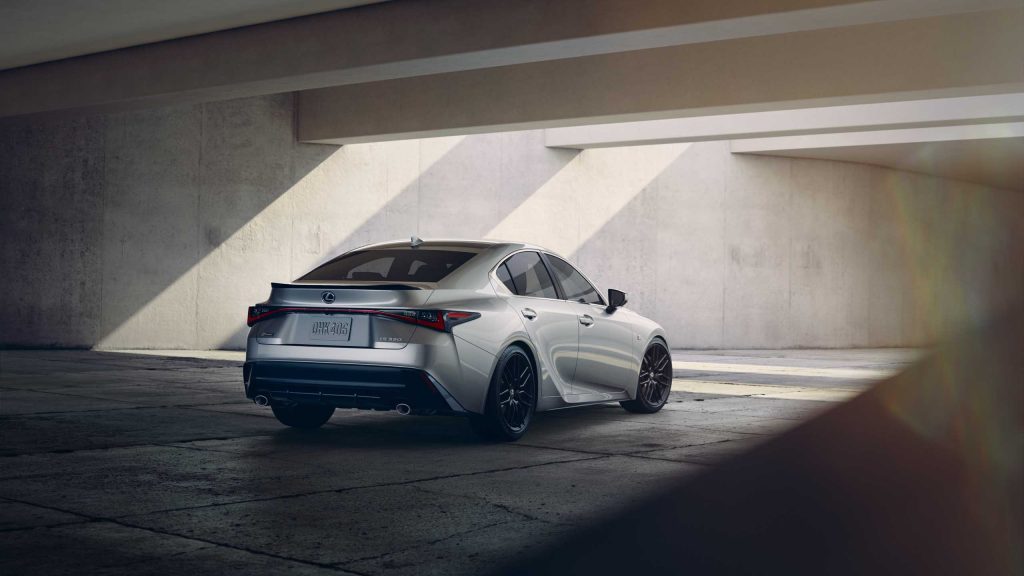 The rear features a sharper contour that carries into the muscular shoulders over the rear wheel arches and the lower rear boot line (reminiscent of the Chris Bangle designed BMW 7 Series but better executed) with 3D form enhances the wider hips. Also new (and attractive) is slimmer rear LED light clusters and the L-shaped blade-style lightbar that spans across the rear of the vehicle.

Inside, a new multimedia system with Apple CarPlay and Android Auto compatibility, and Amazon Alexa integration now features a standard 8” touchscreen (a 10.3” touchscreen system is optional) with chromatic colours used on the upper instrument panel.

In terms of engines nothing has changed, and the range, with Lexus’ 7-year Warranty and Maintenance Plan as standard, should include the IS300, IS300h and IS 350 F-Sport models when launched in South Africa early next year.

But will we see an M- and AMG-chasing IS F version in future? While Lexus did not confirm anything, it seems reasonable to assume a barnstorming V8 model may be on the cards, given the amount of chassis and dynamic development done for the latest, comprehensively enhanced derivative…