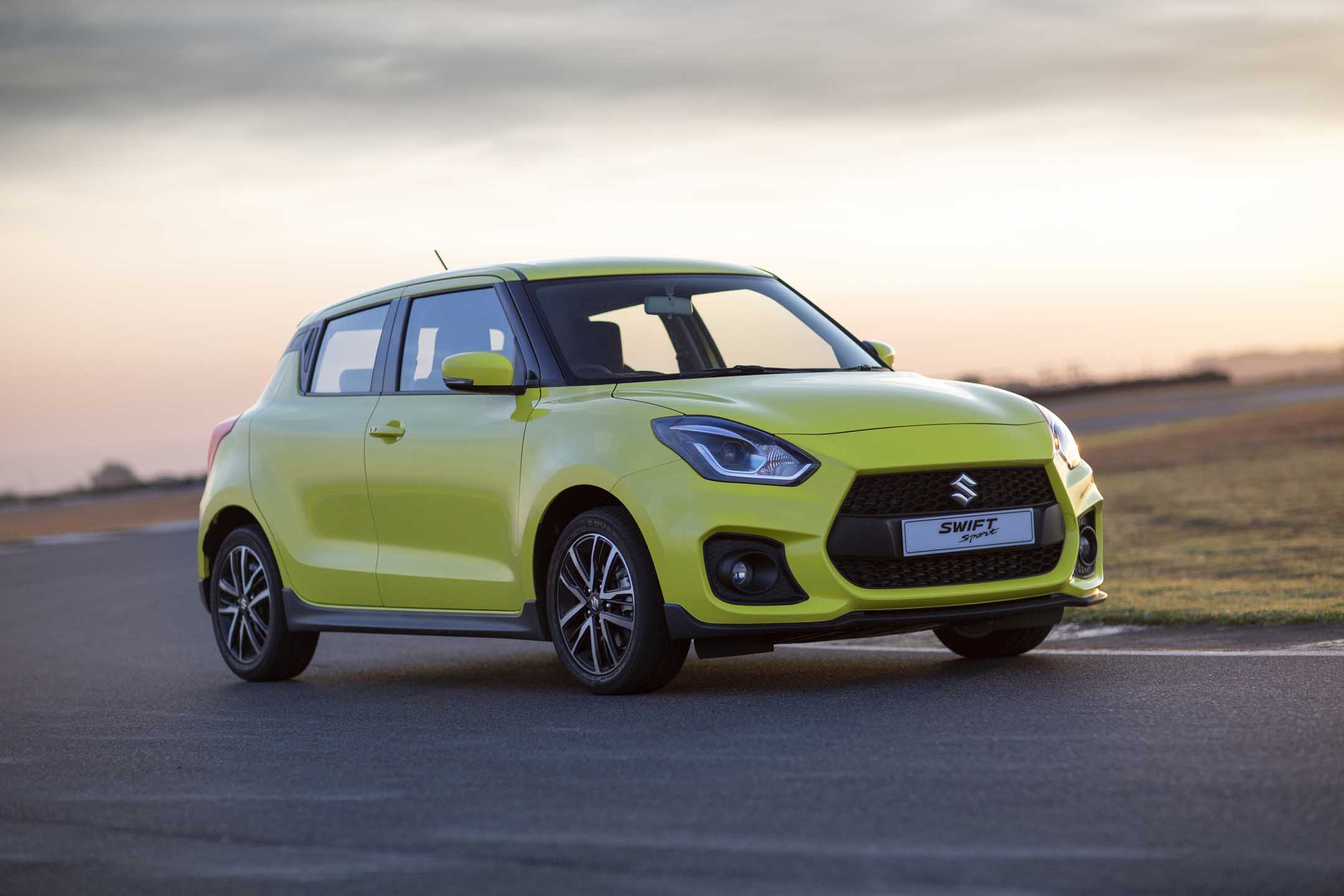 Certain fundamentals are required in the art of performance. First, and this is not always considered, weight has a significant impact. Secondly, there is a fine balance between power and handling, the latter of which is also influenced by the weight-factor. And then, and this is increasingly important in the modern-day and age, forced induction – or turbocharging – as you’d find in the recently launched Suzuki Swift Sport.

The main talking point here, as I’m sure you’ve noticed, is that Suzuki has finally decided to go the turbocharging route in the third iteration of its hotter-than-a-reaper-chilli Swift Sport. This means that, instead of the heavier 1.6 atmospheric engine, Suzuki was able to employ the services of the lighter 1.4-litre engine to counteract the “no replacement for displacement” argument.

While I can tell you interesting little factoids relating to the shorter intake manifold, the electronically-controlled wastegate or even the pendulum-styled engine mounting approach, the fact of the matter is that the new engine is more powerful with 3 kW and 70 Nm more than the outgoing motor. It’s also lighter, equating to a total weight saving on the Swift of 90 kg.

Remember those performance fundamentals mentioned earlier? Those were essentially the mantra with which the new Swift Sport was designed.

Sure, the Swift Sport’s performance figures look modest at best on paper, but when you compare the power-to-weight ratio of the Swift against, say, one of its biggest competitors, the Opel Corsa GSI, the numbers speak for itself.

The Swift weighs in at 117 kW per tonne when you take its 880 kg bulk, coupled with its 103 kW into consideration, while the more powerful Corsa registers 91 kW per tonne. The Mini Cooper S (3-door) just about manages to edge out from under the Swift at 120, while the performance benchmarking Golf GTI yields 130 kW per tonne.

Away from the specification sheets, and on the Red Star Raceway where we tested these hatchbacks, the proof of all the R&D seems to be in the pudding. While the Swift Sport is quite the sprinter, it won’t exactly set the blacktop alight. Not in the number-per-performance category, at least since Suzuki claims a zero to 100 km/h best of eight seconds.

What it does extremely well, however, is change direction. It’s an almost telepathic reaction from the car since it knows exactly where you want to go, obediently following your cues with the only resistance coming in the form of squealing tyres. The steering is also well weighted and contributes to an overall driving feel of instinctiveness – it really is that engaging.

In the aesthetics department, the Swift packs the necessary drama thanks to a unique-to-Swift-Sport front end with a carbon fibre air-splitter garnishing, while the side profile is complemented with 16” wheels and side spoilers that, according to Suzuki, has an actual aerodynamic function.

Ditto with the diffuser at the rear that’s joined by twin-tailpipes located on both sides of the car. The net result is an overall 10% improvement on the aerodynamic front compared to the new Sport’s predecessor.

There are lots to write home about with the new Swift Sport. We haven’t even scratched the metaphorical surface of the sporty cabin that boasts the same 7” infotainment system you’d find in the Jimny, or the body-hugging bucket seats that hold you in place when you’re exploiting all the performance the little hatch has on offer.

However, what really captivated my imagination was the fact that compared to the already locally available standard Swift, the Swift Sport feels like a completely different kettle of vehicle altogether. Compared to the Swift Sports’ of old that felt like a slightly sprightlier version of the ‘everyday’ version, it’s hard to believe that the Swift Sport shares a family name with its more economy-proof sibling. Quite simply put, it just has all the performance fundamentals down to a Tee.