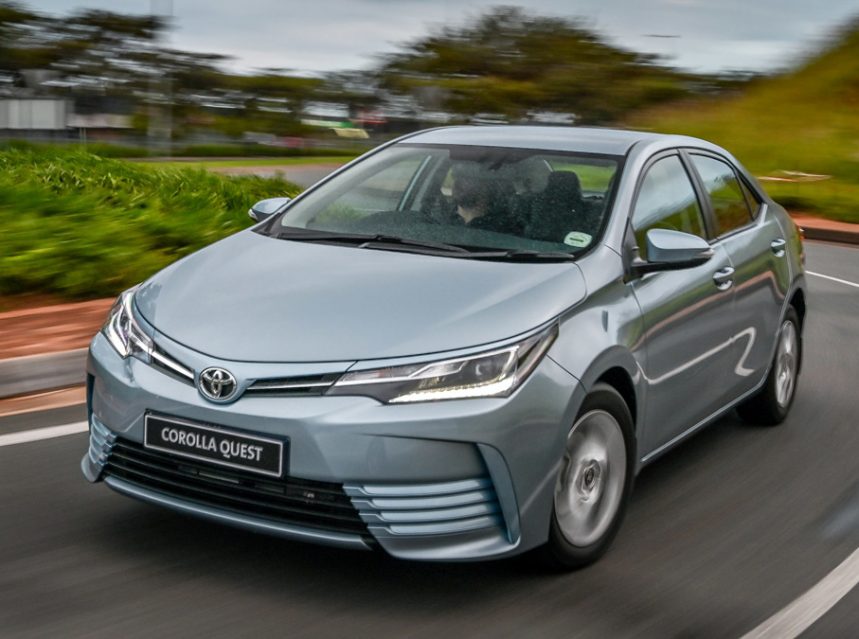 Since its launch in 2014, the previous generation Corolla Quest has established itself as a formidable player in the local sedan market and contributed to nearly 47% of all Corolla sales during this period. The new Quest, now based on the eleventh-generation Corolla, represents even more value for money.

By sticking to the same proven recipe, Toyota has now made it possible (at least until the new 12thgeneration Corolla arrives) to purchase a nearly full spec Corolla 1.8 Exclusive for almost R54,000 less by procuring a new Corolla Quest 1.8 Exclusive.

So, nothing of huge significance. Except, perhaps, for the lesser service plan offered with the Quest. But how was this cost reduction accomplished? According to Toyota, it is the result of more efficient production processes, finding commonality of components, using engine standardisation across many models globally and tweaking vehicle specification to match customer requirements.

For instance, the Quest uses the same colour palette of the IMV range (Hilux and Fortuner) to improve economies of scale and simplify production processes. The commonality of non-aesthetic componentry between the two model ranges – using the same headliner material and seat fabric as IMV and localising production of seat cross braces, floor silencers and seat bracketry – further contribute to cost savings.

Based on the outgoing Corolla, it obviously shares its styling, higher specification levels, enhanced safety features and the 1.8-litre engine available in the current Corolla Prestige and Exclusive models. Still, while underpinned by the outgoing model, the Quest, according to Toyota, is not just a de-specced Corolla but a thoroughly developed third derivative in the line-up.

As such, the nameplate is now expanded to a three-grade line-up – standard, Prestige and Exclusive, following the Corolla nomenclature – with six models offering divergent, higher specification levels to cater to different customer needs and appeal to a broader target audience.

What else differentiates the Quest from the Corolla? Well, most noticeable is the different front bumper treatment, now without fog lights, while at the rear the number plate surround has been changed from chrome to body colour. The standard and Prestige models have a matte-black lower front apron, and the Exclusive has partial colour coding, also for the grille treatment.

Inside, the standard model uses a black and blue combination textile, while the Prestige variants are equipped with either a blue/black or grey with red inserts fabric and leather combination. All models come with a driver, passenger and driver-knee airbag and retain all the dynamic safety systems of its Corolla donor, and on the Exclusive, most of its interior amenities too. 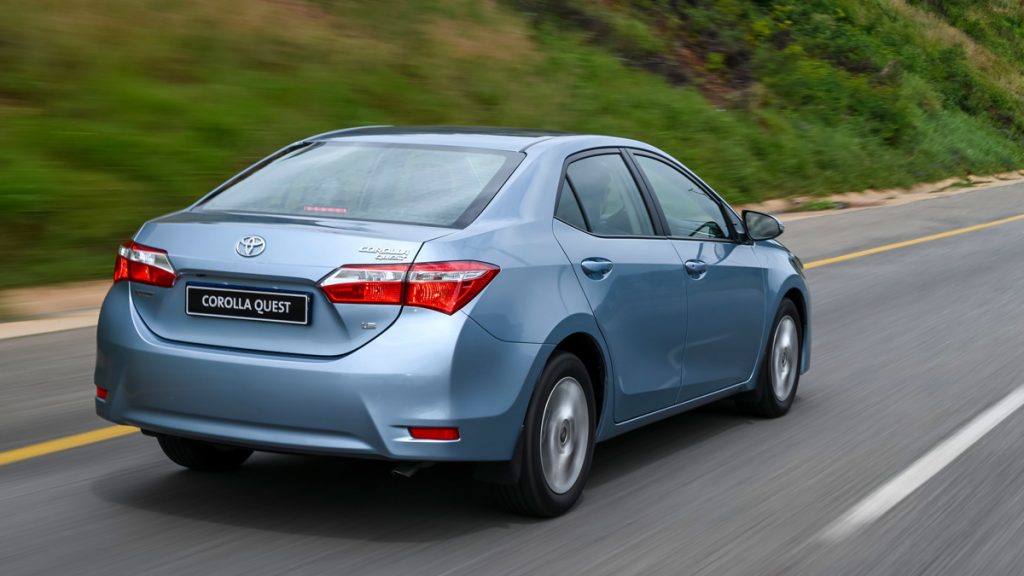 Only the range-topping Exclusive models, in 6-speed manual and CVT form, were available at the launch in Gauteng. Besides its colour-coded bumper treatment and 16” alloy wheels, the Exclusive also features LED headlamps and added chrome exterior elements,

Its black leather seats with silver contrast stitching were quite comfortable and supportive, and with auto air-con, a TFT-colour instrument cluster and rain-sensing wipers its roomy cabin, with 60/40 split rear seat, was relaxing and restful. Even so, the ill-fitting, cheap-looking spare wheel cover in the large boot was a disappointment.

On our short drive, the Quest felt like, well, an eleventh-generation Corolla. The more powerful 1.8-litre motor, delivering 103 kW and 173 Nm, was smoother and more willing than the 1.6-litre mill it replaces, and the ride quality and handling of the new Quest also surpassed that of its predecessor.

While the CVT gamely tried to keep up with throttle input, it is not nearly as good as the transmission used in the new Corolla hatch, and on the road, the manual derivative was the better of the two, and will probably be more frugal as well, if driven properly. 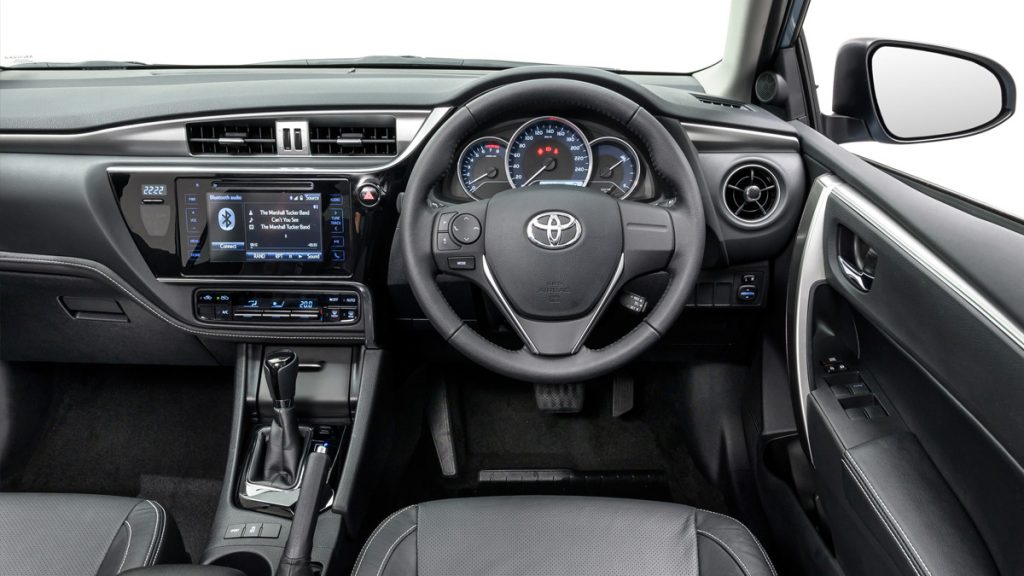 Like the latest Polo Vivo in the small hatch class, the latest Quest sets a new benchmark for value-minded motoring in the C-segment sedan class. Offering even more comfort, space and style than before, and available in a wider range, the new Quest should prove popular.

It could contribute to over half of all Corolla sales in the future, and with the presently expected new generation Corolla not expected to be built locally, this is probably exactly what Toyota South Africa is bargaining on.