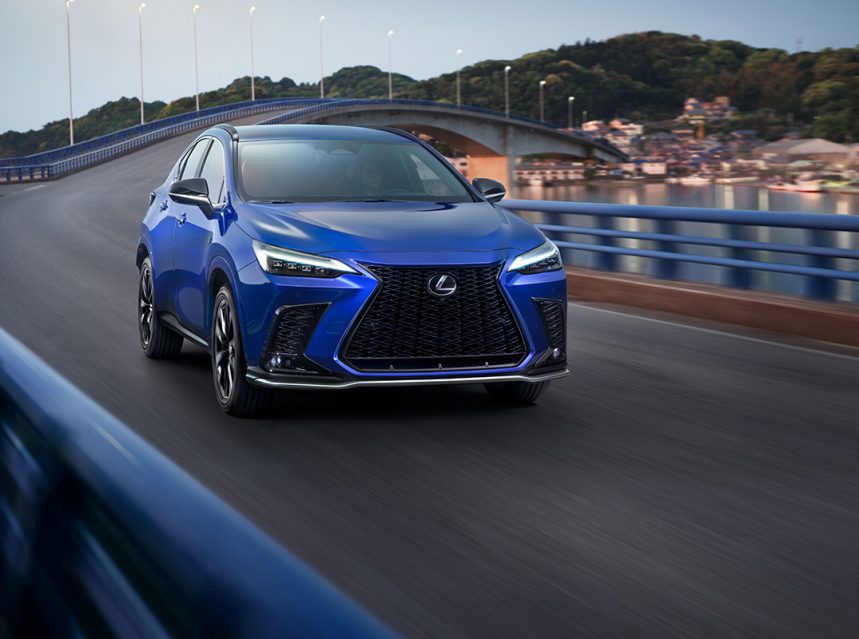 The Start of the Next Chapter |

The world premiere of the all-new Lexus NX last month marked the start of the next chapter and a new generation line-up from the Japanese premium vehicle manufacturer. According to Lexus, the new NX and other forthcoming models will “better meet the diversifying needs and lifestyles of customers the world over and promote the realisation of a carbon-neutral society”.

In the same way the launch of the first-generation RX in 1998 created a new category of luxury crossover SUV, the new NX – based on the development concept of “Vital x Tech Gear” and in line with the “Lexus Electrified” vision – introduces Plug-in Hybrid (PHEV) technology to the Lexus brand.

The luxury compact NX crossover, launched in 2014, has been well-received by customers, with a cumulative total of approximately one million units sold in more than 90 countries and regions as of the end of April 2021. Together with the RX, the NX has now become a core global model for Lexus.

Besides PHEV (badged NX450h+ overseas), the new NX will be offering a wide line-up of powertrains, including models powered by a 2.5-litre naturally aspirated or a 2.4-litre turbocharged engine as well as an HEV variant (NX250, NX350 and NX350h hybrid).

The NX250 shares its 2.5-litre engine with the latest Toyota RAV4, and the all-new 2.4-litre turbo mill in the NX350 delivers a tasty 205 kW and 450 Nm of torque, with the hybrid NX350h (effectively a slightly more powerful RAV4 Hybrid) rated for a stout 178 kW. South Africa will introduce a full range at launch (however, it will exclude the PHEV variant – with a powertrain rated for 225 kW) with model specifications and derivatives announced early in 2022.

All-wheel drive (AWD) is available on models equipped with PHEV and 2.4-litre turbo powertrains, while both AWD and front-wheel drive (FWD) are available on the models equipped with HEV and 2.5-litre naturally aspirated engines. All models come standard with an eight-speed automatic transmission. Extensive vehicle evaluation was carried out at the Toyota Technical Centre Shimoyama focused on developing a linear driving feel for direct steering communication between driver and vehicle.

Based on a new vehicle platform, the NX embodies the next generation of Lexus design, rooted in athletic proportions contributing to an impression of performance and function. Softer angles and more organic forms define the expressive, dynamic shape.

The spindle architecture now has a three-dimensional design that starts from the Lexus spindle grille and extends towards the rear fenders. The hood has been extended, and the surface of the grille, with a longitudinal U-shaped block pattern, has been raised vertically. At the rear, a revised centrally placed brand mark symbolises the next generation of Lexus.

The new multimedia system in the NX has a high-resolution, 14” touchscreen display, and the Lexus Premium Sound System consists of ten speakers. A Mark Levinson Premium Surround Sound System, based on the Mark Levinson PurePlay concept, is available as an option.