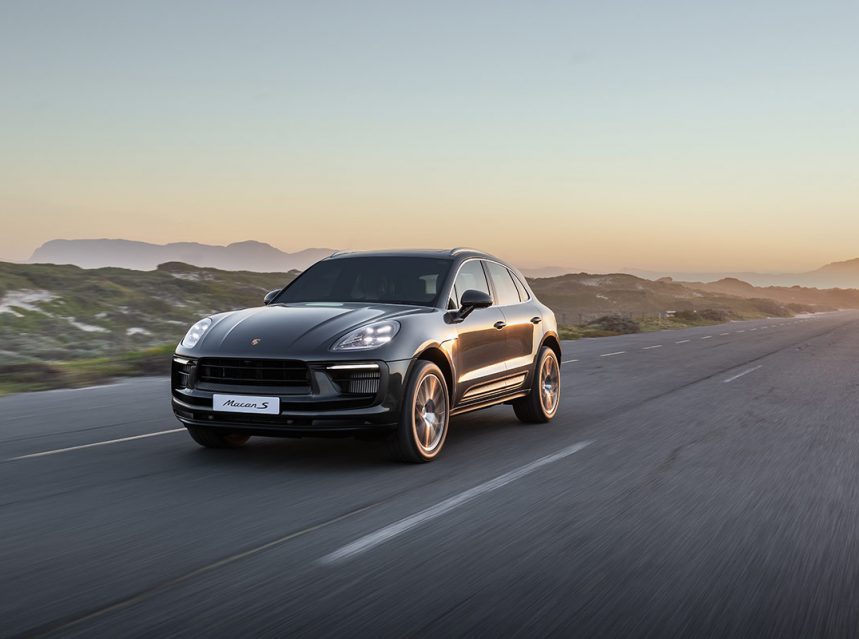 Learning from its 20 years in the SUV game, Porsche has again upped the ante with the launch of the new Macan, Macan S, and fiery Macan GTS.

When Porsche announced two decades ago that it would be producing a Sports Utility Vehicle in the form of the Cayenne, it drew a substantial amount of criticism from Porsche fans worldwide. The Cayenne, the very first four-door Porsche and the first V8 Porsche for six years, became one of the brand’s most important and popular cars ever.

Fast forward to 2014 when Porsche launched the Macan, compact sibling to the Cayenne, and a car also destined to earn its place at the top of the Porsche sales list. Sleeker by far than the first Cayenne, faster, sexier, and oh so desirable, the Macan was another instant hit.

While Macan entered the market packed with a decade-and-a-half of experience gleaned from the evolution of the larger sports-utility of the Stuttgart firm, it was inevitable that it would take a generation or two for it to reach the level of Porsche-ness that aficionados expect.

I have personally enjoyed driving each generation of the Macan to date, but the latest three-model range – the Macan, Macan S, and Macan GTS – is the most refined by some margin. By simplifying the Macan range, Porsche has made the problem of choosing a Macan that is right for you significantly easier. Two engine options are available: a 2.0-litre four-cylinder turbo petrol that generates a mighty 195 kW of power and 400 Nm of torque for the entry-level Macan model. The S is endowed with a twin-turbo 2.9-litre V6 with a capacity of 280 kW and 520 Nm, while the range-topping GTS gets the same 2.9 V6, but its output is increased to 324 kW and 550 Nm of torque delivery. All models benefit from an intelligent seven-speed PDK dual-clutch Porsche gearbox that is hands down the best gearbox of its kind in the world.

The upgraded interior of the new Macan raises the bar for the segment with newly-designed instrumentation, a new look multi-function steering wheel, redesigned high-gloss glass look centre console with an even sportier gear shifter, and a factory-fitted Sport Chrono analogue clock. Being a Porsche, everything fits as if it were poured from a single mould. The interior is supremely comfortable regardless of grade, and exudes the unique feel and ergonomic stylings one expects from a Porsche.

The Road to Success

Upgrades to the suspension and steering system of the Macan underline the improved handling characteristics across the range. This was acutely evident during our recent launch drive around the Western Cape, where we had a first stab at the series-leading Macan GTS. The GTS is the only car in the range to receive Porsche’s Active Suspension Management system as standard (optional for the Macan and Macan S). PASM grants the high-performance Macan increased spring stiffness, larger anti-roll bars, and new dampers. It also lowers the ride height of the car by 10 mm.

Combining swathes of power with pin-sharp handling is in the DNA of a Porsche, and the Macan GTS loses almost none of that expected feel on the road. Activating the exhaust actuator button adds another layer of performance pleasure to the driving experience, something we enjoyed most while blasting up the Helshoogte Pass just outside Stellenbosch.

Next up, the Macan S jetted us in sublime comfort from Stellenbosch to our lunch stop at Ou Meul in Rawsonville. Perhaps the pick of the bunch, the S is a serious Porsche in every respect and offers a perfect balance between dynamic performance and supreme levels of comfort. Taking an unplanned detour across the Slanghoek pass showed me once again just how well balanced the suspension of the Macan is, especially in the mid-range car. Tight corners and sweeping bends alike were dismissed with uniform ease, as were (the few) surface imperfections we encountered on this road. The Macan S boasts all of the comforts of an SUV, with the sting of a real Porsche.

Between Rawsonville and our return to Cape Town, we mostly travelled by highway. Here we employed the standard Macan for the task. Considering the eagerness with which its 2.0-litre four-cylinder turbo engine runs up the revolutions, it is no surprise that it returns a very respectable zero to 100 km/h sprint time of only 6.4 seconds while sipping at a claimed 8.8 ℓ/100 km at the same time. Without the optional adaptive air suspension fitted to the Macan, the handling experience is indistinguishable from the S. I can imagine that first-time Porsche SUV buyers, and first time Porsche buyers, will consider the Macan favourably.

At its price point, the new Porsche Macan makes a compelling argument that buyers will find hard to ignore, even with excellent products from traditional rivals Mercedes-Benz, BMW, and sister company Audi, that would also leave you stirred and even captivated. However, the one thing that no challenger can offer is that the Macan is a Porsche, and a purebred one at that.