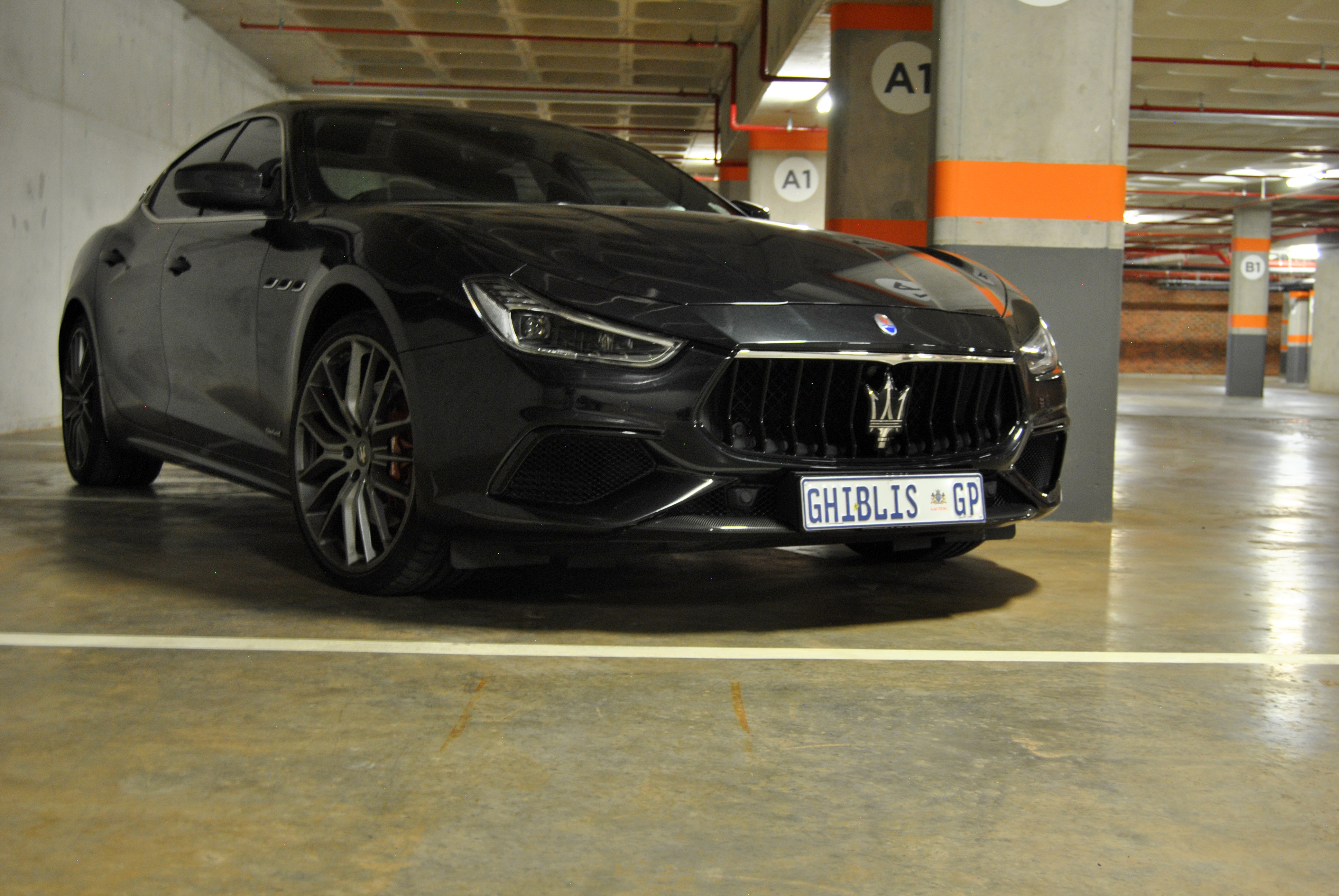 I’m sitting here in Italy – the birthplace of the Maserati nameplate and, of course, Cappuccino – trying to wrap my head around the Ghibli S that I just drove. It’s not an easy thing to do for several reasons…

Firstly, think of the name Maserati and, for some I’m sure, it conjures up pictures of a sports car ripping up the blacktop on some European B-road, complete with a sonorous exhaust note reverberating from the luscious hillside.

The problem is, though, that from a stylistic point of view it isn’t all that sporty. Complete with four doors and a typical sedan shape, the Ghibli is Maserati’s answer to the upper stratum of BMW’s immortal 5 Series and the Mercedes-Benz E-Class – or so says Maserati, while on the specification-per-price front we reckon it’s more comparable with the likes of the Lexus LS 500 or even the Jaguar XJ.

To complete the picture of winding roads and raucous exhaust notes, a car with a GT disposition like an Aston Martin or even the V8 Ferrari California will probably be better suited to the task.

Before you scoff at the sports pedigree of this specific Ghibli, it might be worth mentioning that it wears that coveted ‘S’ badge. This means that it has a twin-turbo 3.0-litre V6 engine that produces 302 kW and 550 Nm of torque – more than enough to properly misbehave if we were to speak in layman’s terms.

What’s more is that this engine has been developed, specifically for Maserati according to the nameplate, by the performance masters at Ferrari. A check in that box then if a car’s thoroughbred status enjoys high priority with you.

Maneggio refers to handling, a characteristic that is oftentimes also a quirk of high-performance Italian cars. And this one? Well, it’s quirky – so much so that I daresay that it’s brilliant because of it.

Where its German rivals will behave in an expected and very predictable fashion, the Maser as I affectionately came to call it, constantly has a surprise up its metal sleeve. On a right-hand sweep where I oftentimes test the balance of our performance cars, the back snapped into oversteer without so much as a tyre-squeal warning.

The traction control, I suspect, was on an early weekend since it only clued up to what was going on when I already caught the back of the car. As a petrolhead, I can’t help but find immense joy and appreciation from a hands-off system like this. 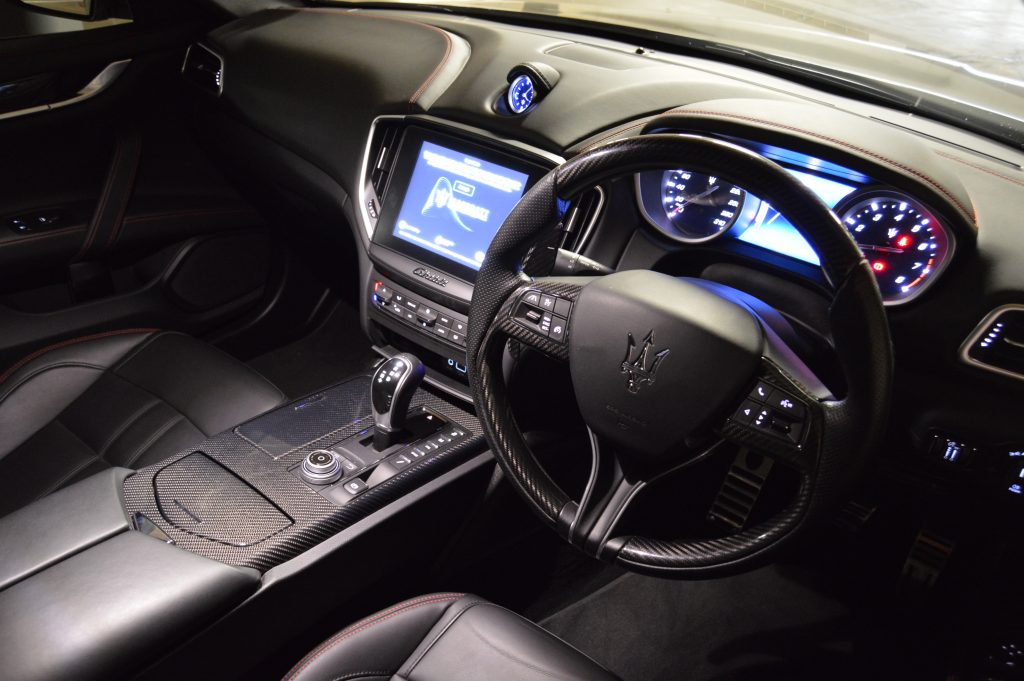 You can dial down on the ‘S’ character of the Ghibli, though. Switch off the Sport exhaust of the Maserati and it becomes a comfortable and quiet cruiser. As I mentioned earlier, it’s a sedan so seating four people comfortably is part of its repertoire. As is the ability to carry their luggage.

It will even keep everyone safe with seven airbags and next-generation driving systems such as the optionally available adaptive cruise control that works seamlessly for the most part.

Also, its infotainment system was one of the most intuitive that I’ve recently operated with each function close at hand. It also allows you to switch between different vehicle functions and settings on one easy-to-find screen.

There is something about the Maserati Ghibli S … It’s not the quickest sedan in its segment since BMW has the M5 and Merc has its AMG division. Ditto with build quality since many touch points felt a tad flimsy and the optional Carbon Fibre Pack our tester was equipped with was a bit ostentatious for lack of a better description.

But, it’s that sense of occasion, the indecent exhaust note, the character that will leave you wanting for more of the same. The Maserati Ghibli S is one special car and trying to quantify the qualities that give it this esteemed distinction over its competitors is like trying to explain the quintessence of the human soul – I reckon it can’t be done.

It really isn’t that fast, that loud or even that pretty. It has soul, though, and that is more than good enough for me.