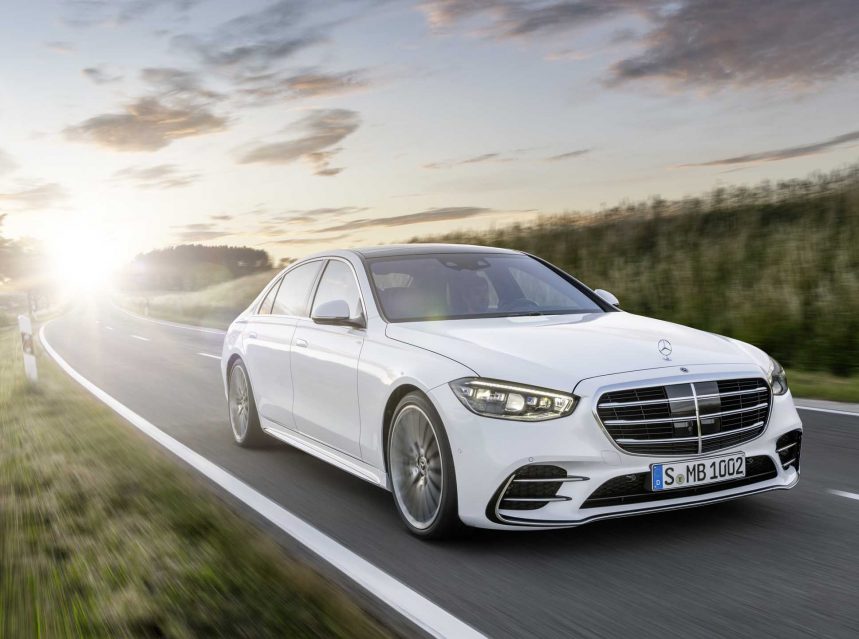 The Cambridge Dictionary defines luxury as “the pleasure and comfort you get from expensive and beautiful things”. For Mercedes-Benz then, who positions its new S-Class as the most luxurious and technologically advanced model yet, the S-Class has to check some prominent boxes in the nice-to-have column.

In German, the name Sonderklasse is reserved for two remarkable things – the one, a yacht sailing class; and the other, a vehicle of exceptional repute. Translating to “special class”, the latter refers to the Mercedes-Benz S-Class, a vehicle so painstakingly developed by the German automaker, that it has held the title of Mercedes-Benz flagship since many decades before its official inception in 1972. Some might think it arrogant to describe a car as being in a special class, or perhaps it is just a happily coincidental nomenclature, but one thing is certain, the Sonderklasse has defined the brand’s – and some would say, the mass automotive market’s – perception of the luxury motoring experience.

While there are some conflicting accounts as to how the S-Class journey officially began, there is a singular theme that encircles the sedan’s fabled history: creating the blueprint for progression.

Whether they are the spiritual predecessors of the S-Class or not; the Mercedes-Simplex 60 HP of 1903 with its uncannily-advanced long wheelbase and low centre of gravity; or the more popularly-documented ’54 ‘Ponton’, that featured the sophisticated self-supporting body shell, Mercedes was always at the sharp end of shaping technology to support its vision of luxury.

In 1959, production of the W111 and W112 ‘Fintail’ started and it more accurately resembled the conventional three-box sedan as we know it today. However, it was anything but an orthodox car with futuristic implementations of technology like passenger-focused crumple zones – a safety feature that some carmakers still can’t master to this day. In 1961, the 300 SE trim rolled out with air suspension and disc brakes – applications that, we’re sure at the time, created as much of a stir as the notion of driverless cars do today. 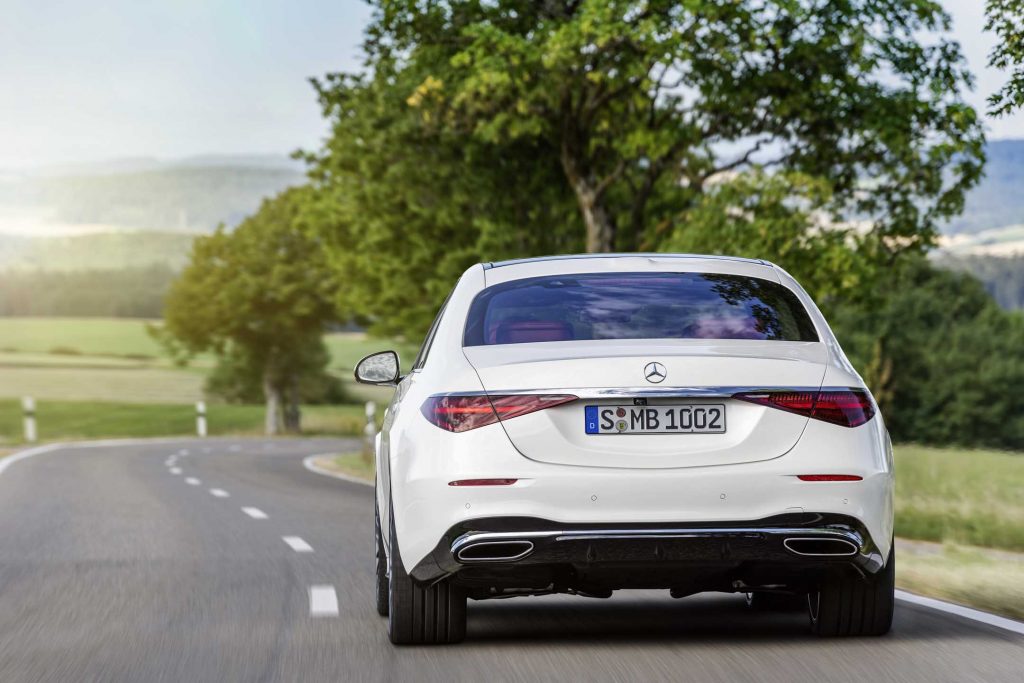 But it was only in 1972 when Mercedes-Benz started calling its flagship model the S-Class. Its internal model designation was the W116, and it was a worthy recipient of the Sonderklasse classification with several passenger car-first safety innovations. This included a padded steering wheel that would later be replaced with airbags; rounded body corners for pedestrian safety; and three years later, in 1975, anti-lock braking and cruise control.

It was also the first luxury sedan to have the option of a diesel engine, and the first production vehicle to feature a turbodiesel engine. 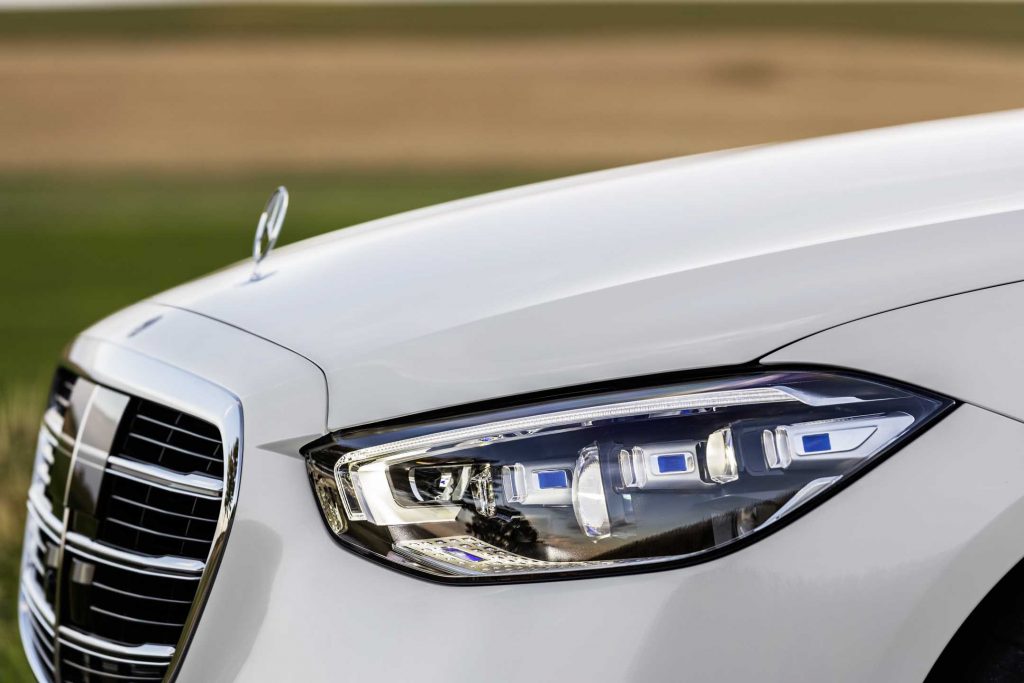 This institution of innovation is still very much present in the newly unveiled S-Class. As a new S-Class model is typically expected to lead the charge of automotive excellence for the Mercedes-Benz brand for at least half a decade, each new model is packed with such high levels of innovative technology that it often takes years for the tech to trickle down into lower-end models. Granted, this tradition has become increasingly difficult as more automakers begin to focus on luxury, and just about any new tech you can think of is available on your smart device. Yet, somehow, Mercedes-Benz has managed to devise some incredible innovations that permeate the new S-Class cabin and mechanical underpinnings.

3-D Instrumentation
A “floating” 12.3″ instrument cluster screen ahead of the driver is capable of producing 3-D images that will undoubtedly elicit gasps from the viewer. The 3-D mode is said to offer convincing visual depth, which is said to be like looking at a hologram, with perceived distance created between the foreground and background. To prevent this feature from distracting your peripheral vision, an eye-tracking camera only activates the effect when you’re looking at the screen.

Rear-Seat Passenger Airbags
Besides side curtain airbags, the S-Class now features wing-shaped airbags in the front seatbacks that will deploy for the benefit of rear-seat passengers in the event of a severe frontal collision. Although a Nissan sedan dubbed the “President” debuted a single airbag for one rear passenger in the 1990s, the S-Class is the first vehicle to offer this for both rear passengers. Along with this innovation, Mercedes-Benz also debuts illuminated belt buckles to make putting on seatbelts more intuitive.

Rear-Axle Steering
While four-wheel steering is not an innovation in itself, a new S-Class that has been optioned with this system will be able to turn its rear wheels up to a maximum of 10 degrees for more agile footwork in dense urban areas. The addition of rear-axle steering now reduces the S-Class turning radius to less than 10.9 m – even smaller than that of the compact A-Class. With Active Parking Assist and a high-resolution 360-degree camera, the S-Class will be one of the easiest vehicles to park, even in long-wheel-base form.

Active Blind Spot Assist
In dense urban areas, cyclists and pedestrians can be hurt by car doors that open unexpectedly. The new S-Class is now able to detect approaching hazards before a passenger opens the door while the car is parked. Once the on-board MBUX system senses a hand approaching the door handle, a warning light will flash in the exterior mirror, to alert the person opening the door.

E-Active Body Control
This system is similar to what has debuted in several recent Mercedes-Benz SUVs. Each wheel is provided with a damper with two working chambers that feature an adjustable damping valve along with a hydraulic pressure reservoir. A pump forces the hydraulic fluid in the damper to be displaced, creating a difference in pressure within the damper that will either tilt the car from side to side to compensate for G-forces while cornering, or up and down when crossing an uneven road surface. The result is said to be the smoothest ride experience ever created by Mercedes-Benz.

Pre-Safe Impulse Side
Continuing its reputation for ultimate safety, the new S-Class uses the E-Active Body Control system to quickly raise the body of the S-Class if any of its side-mounted radar sensors sense an impending side-on collision. By raising the car’s body by as much as 7.5 mm, the doorframe is positioned to absorb more of the impact, and to reduce the deformation of the passenger cell. 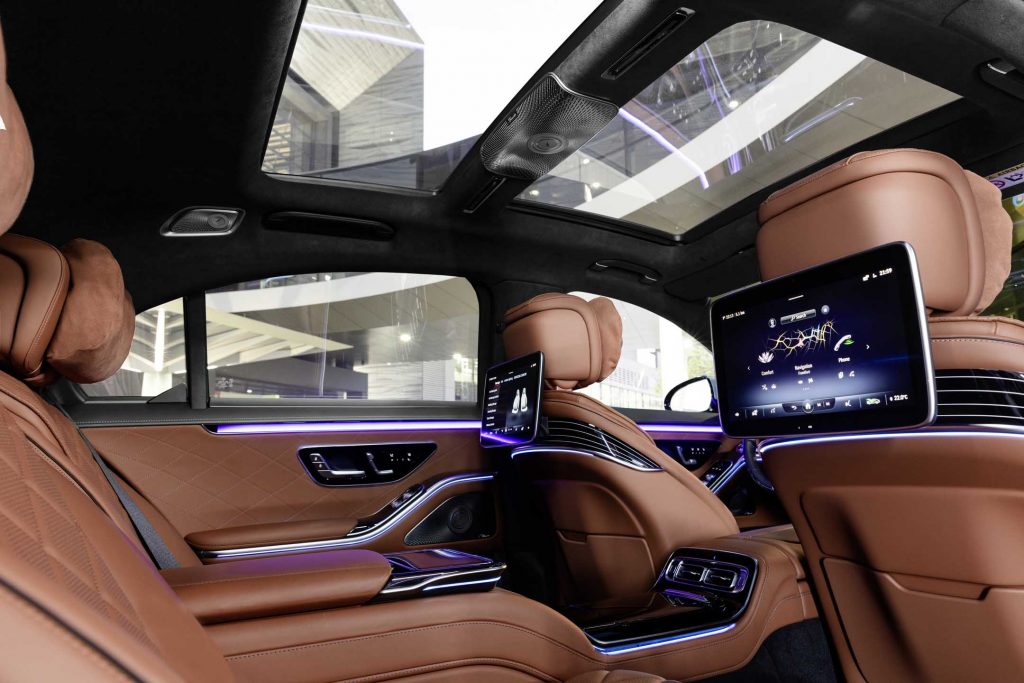 As more non-luxury brands make more tech available at a lower price, Mercedes-Benz has to carefully toe the line between impressing the owner, and improving their driving experience. In an era where traditional tactile luxury increasingly succumbs to the guiles of technology-inspired convenience, the new S-Class succeeds in fusing these concepts by improving the nature, and functionality, of its MBUX on-board entertainment system.

Naturally, this begins with the driver, who is encouraged by Mercedes-Benz to set up one of seven profiles for potential drivers, to control functions and set preferences for everything from audio levels and frequent navigation destinations, to climate settings and seat position. Each profile is activated either by fingerprint swipe, face- or voice recognition, or a PIN. To avoid abuse of the system, the car’s owner can reserve the right to restrict how much access other profiles have to vehicle settings. 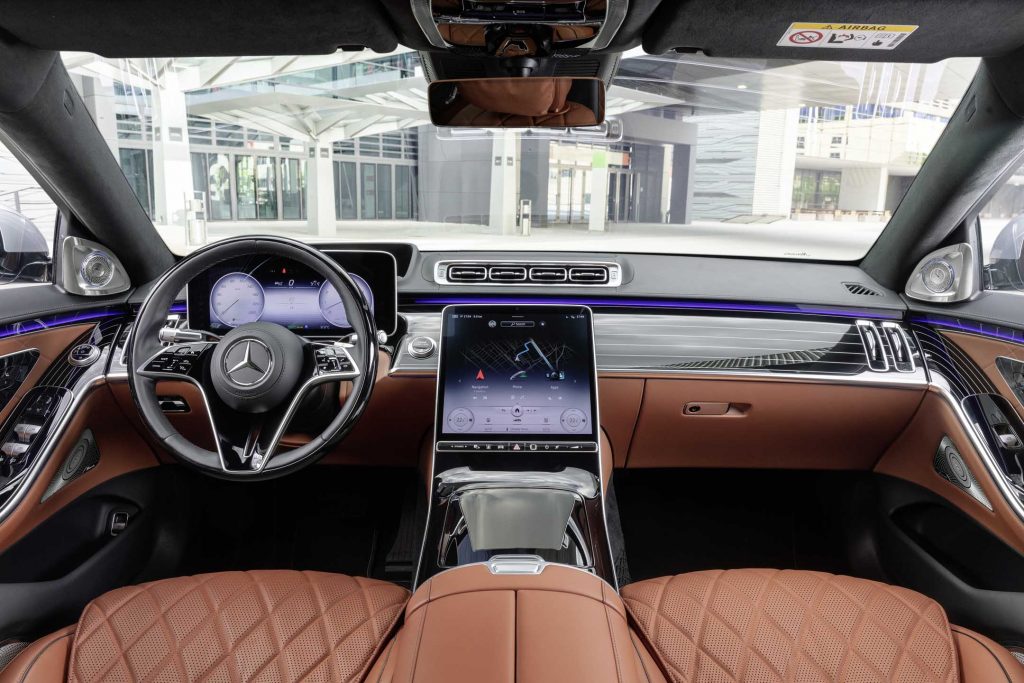 All functions are controlled by the MBUX system’s 12.8” OLED portrait touchscreen. Having reduced the number of physical buttons in the car to the bare minimum, most functions are now managed via virtual controls.

The new S-Class is also an incredibly sensory car, with tactile responses adding to the array of audio and visual feedback loops. According to Mercedes-Benz, every haptic feedback sensation has been deliberately designed to feel and sound good. The optional 1,750-watt 4D Burmester premium audio system includes shakers that are attached to the seat frames, which vibrate to the beat of the music to make it feel as though the bass is vibrating the whole car, without damaging your hearing. An intuitive “sound profile” setup tool adjusts low frequencies, high frequencies, and the seat shakers with an audio loop that adds more instruments as you progress, until you have a completely personalised profile. When the seats are not shaking, they offer ten different massage programmes and incorporate near-ear speakers that personalise the audio, such as reserving navigation instructions only for the driver.

Suppose you’re more accustomed to riding in the back of the S-Class. In that case, your control options increase through the use of the centre armrest-mounted tablet that also controls audio, rear climate and navigation, and can even be used to browse the Internet.

According to Mercedes-Benz, the S-Class is best experienced when connected to your smart device via the Mercedes Me app. The system also supports wireless Apple CarPlay and Android Auto, which is good because all six on-board USB ports are the new USB-C standard, so you’ll need to replace your old cables or use the wireless charging pad.

When connected to the Mercedes Me app, and you opt to use the voice command function, you will notice that the 64-colour ambient lighting system is now animated to act as a visual aid wherever possible. Turn the heat up on the passenger’s side, for example, and red hashes will move across the passenger’s side of the dash. Attempting to manually change lanes while there is a car in your blind spot, and the ambient lighting system will light up the LEDs on the passenger door in yellow.

All the latest passive and active driver aids are found in the new S-Class. Most notably, the adaptive cruise control has been upgraded to include the Tesla-esque, driver-initiated automated lane change option that we’ve seen on lesser Benzes in previous years. Although the car will centre itself in the lane, the driver is encouraged to be ready to take over from the vehicle at any time. To ensure that you are, several sensors – including the eye-tracking camera and sensors embedded under the leather of the steering wheel – are used to determine driver attention.

The SAE Level 2 semi-automated driving system can also turn one of its cameras into an integrated dashcam in the event of a collision. The same camera also works with all of the other cameras around the car to become a virtual sentry that will record video if any low-impact collision (in a parking lot, for example) is detected.

While some may scoff at the muted design that appears deceptively evolutionary, the new S-Class remains a sophisticated piece of sheet metal that tricks the eye at almost every corner – the automatically deploying and recessing door handles and incongruous triangular taillights being exemplary cases in point. This said, the expertly crafted curves and traditional Mercedes-Benz design cues eclipse most other models in the Mercedes stable. And while the family resemblance is pronounced, the new S-Class retains its title as the brand benchmark, design icon, and tech thought leader.