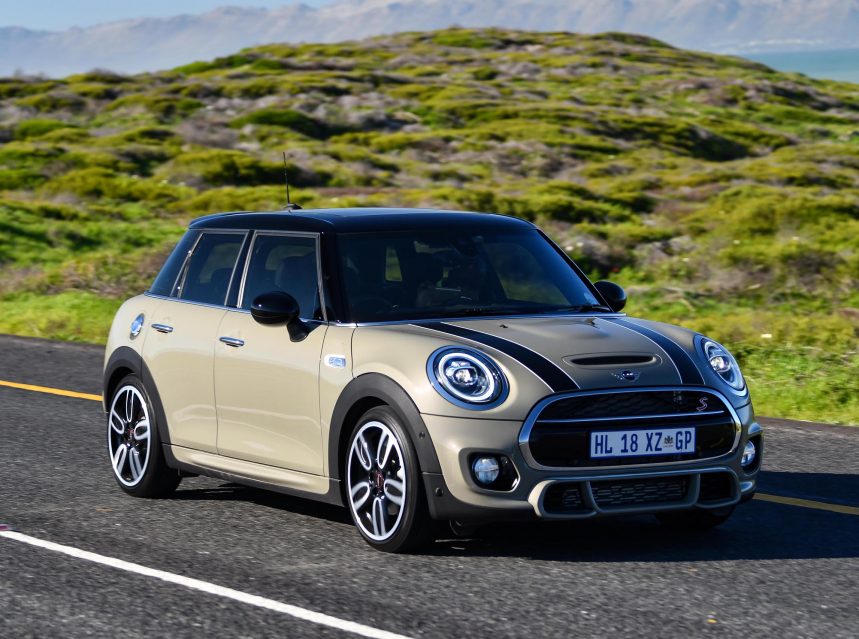 Small. Agile. Brisk. That, in the mind of DEON VAN DER WALT, is what a MINI Cooper – especially one wearing the coveted ‘S’ badge – should be all about. It’s the quintessence, the substance and the mantra of what the British nameplate is supposed to be. So, standing key-in-hand next to the MINI Cooper S 5-door, these lines of MINI-ism seemed somewhat blurred.

I can remember my first MINI experience like it was just yesterday. Okay, to be fair, it wasn’t all that long ago because MINI was also, like it still is today, under the custodianship of BMW when it launched the previous John Cooper Works (JCW) derivative on local soil.

Many a motoring scribe was eager to point out the near-overwhelming sway of BMW-DNA; from the underpinnings to the steering feel upon turn-in. For me, who was relatively fresh-faced and somewhat naïve, the bug-eyed boy racer was everything I imagined a MINI would be: Quick off the line with sure-footed handling and unusable for anything other than spirited driving. It was perfect. 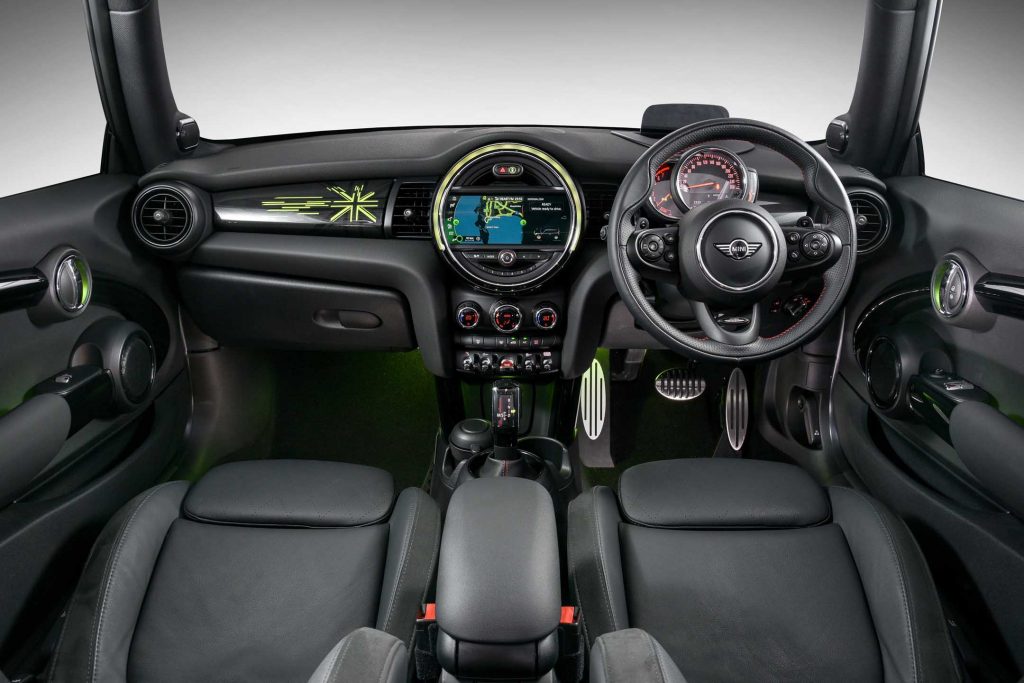 And there I was, somewhat more recently, sitting in the cockpit of a MINI Cooper S that has five doors. Sure, it still looks and feels the part of a MINI, what with the circular centre infotainment display that lights up like a Christmas tree, the low-in-the-floor seats that still reassuringly hug the driver and front passenger and of course, in true MINI fashion, that cockpit-inspired vehicle system control switches.

What was out of character, though, was the rear seats that are actually usable and a boot that, while not boasting best-in-class stowage space at 278 litres, can still fit more than just a few bits and bobs. In fact, quite a substantial load more.

See, just in terms of boot capacity, it’s not far off from vehicles like its BMW 1 Series cousin, and even the Audi A3, or, if you’re looking to push the envelope, the new Mercedes-Benz A-Class. And, strangely, it’s much the sameness in all the other departments that would matter to a potential buyer looking into the 5-door hatchback segment that, of course, has a dollop of sporty.

THIS IS THE COOPER S, RIGHT? 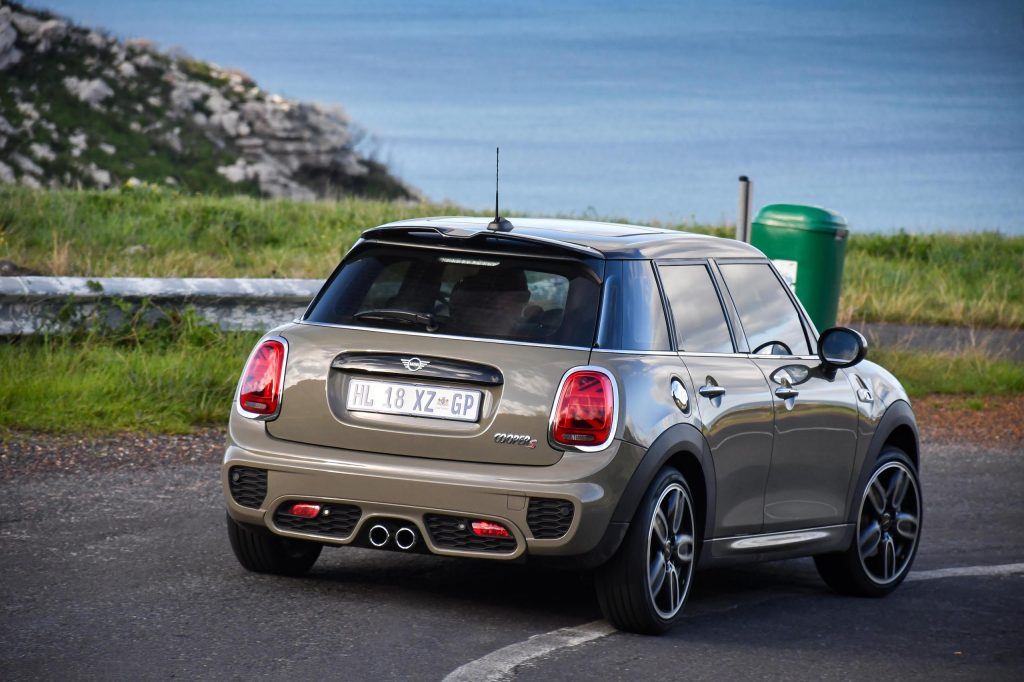 Yes, it is. And, because of that all-important letter, the car in question has more than just a morsel of that aforementioned sportiness. Living under the bonnet is a 2.0-litre turbocharged engine that produces 141 kW and 280 Nm of torque that takes care of a zero to 100 km/h sprint of just 6.8 seconds. A time that is only matched by the corresponding Audi A3 2.0TFSI S Line that also happens to cost nearly R40,000 more than the sporty MINI.

So, in a nutshell, then, the MINI offers roughly the same level of practicality as the German brands, with a lot more sportiness and a significantly less eye-watering price tag. 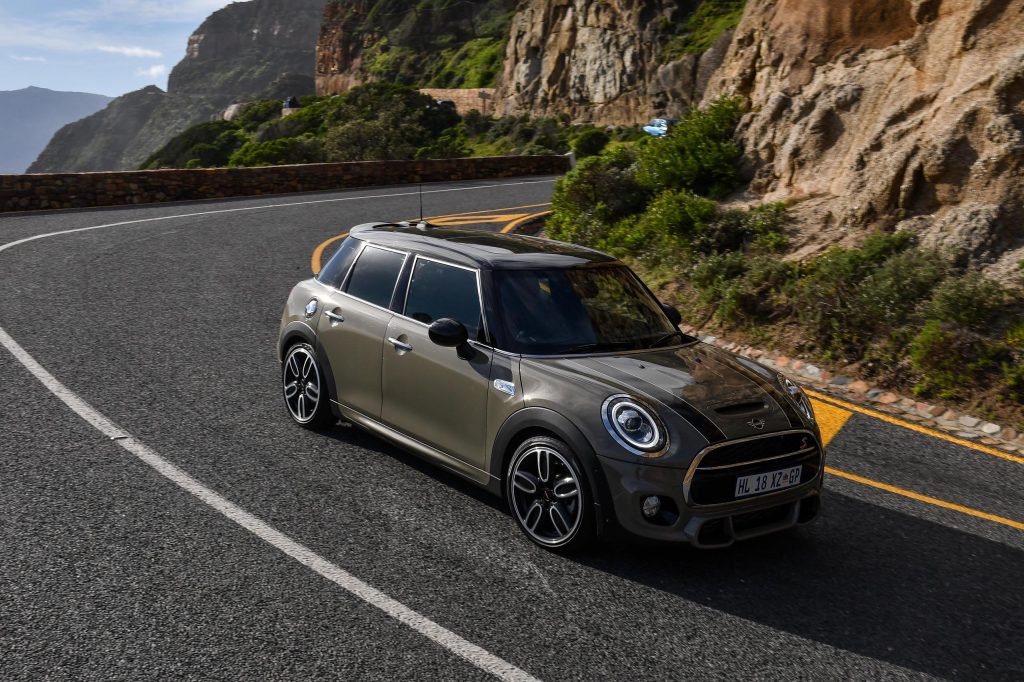 I am happy to report that, on the driving front at least, it still feels like a MINI. The suspension is firm, the turn-in near-instantaneous and the steering well-weighted. Press on the accelerator and the 7-speed dual-clutch gearbox smartly selects the perfect gear before you are nudged into your seatback and treated to a raspy soundtrack.

It is, in all honesty, quite easy to forget that this is a five-door hatchback with boot-space that actually qualifies as just that – it is just so lively, and don’t get me started on the sense of occasion it provides. So yes, to answer that question; there’s substance. And plenty of it too.

This is, in large quantities, still a MINI. Sure, there are items like the BMW-lifted drive selector that detracts some from the driving experience as you soon find yourself looking for other Bavarian effects – of which there are a few – and the five doors that are quite simply the deal-breaker for many. However, the way I see it is that this is finally the MINI for grown-ups who refuse to grow up.