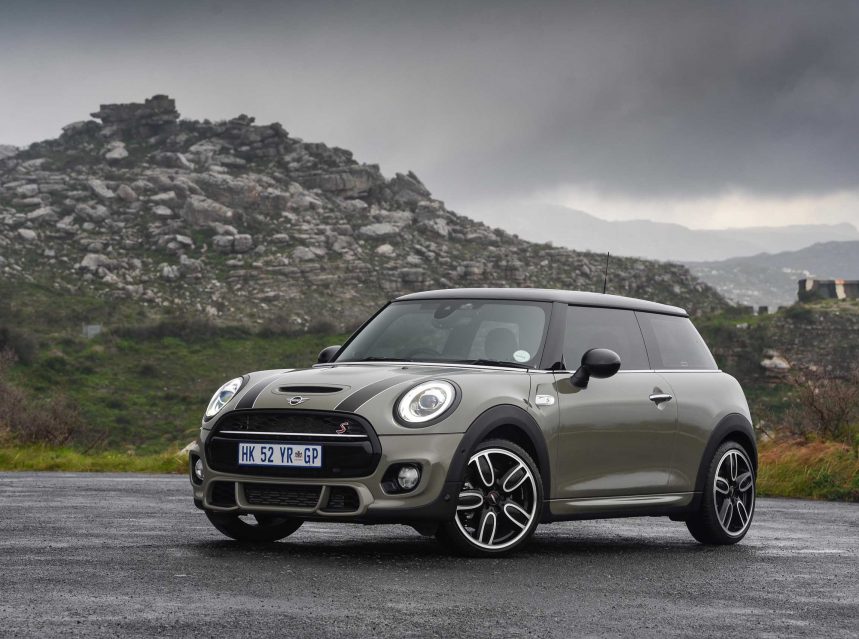 At first glance, you probably won’t notice the MINI-malistic aesthetic changes on the latest MINI range compared to its predecessors, FERDI DE VOS reckons. However, under the skin, the changes are quite extensive, ranging from technological advancements to expanded digital services.

It’s a new MINI, with a new lease on life. And yet, it only features a subtle aesthetic changeup that, according to MINI, only serves to further strengthen the character and appeal of its premium small car segment contenders.

However, the emphasis was on rationalising drivetrain options while extending the range of standard features and incorporating cutting-edge technology of the connectivity variety.

This MINImalist back-to-MINI-roots approach is also evident in the new MINI logo that makes its debut on these core models. It’s authentic in style as it re-interprets the existing logo with a two-dimensional ‘flat’ design that reflects a renewed brand identity “with a focus on the essentials”.

A prominent visual difference is newly shaped circular headlights that feature an added black panel that serves as a striking accentuation. The optional LED lights are entirely redesigned, with the LED daytime driving lights and turn indicators generating a dazzling ring that surrounds the entire headlight contour.

Also, don’t be bedazzled or stand to attention when a bright LED Union Jack appears while following one of the new MINI models. As another reference to the brand’s British origins, the upright rear light units now appear in the British flag motif – recreated in the structure of the light functions. And optional with the MINI Excitement Package, is a MINI logo light projector on the driver’s side. 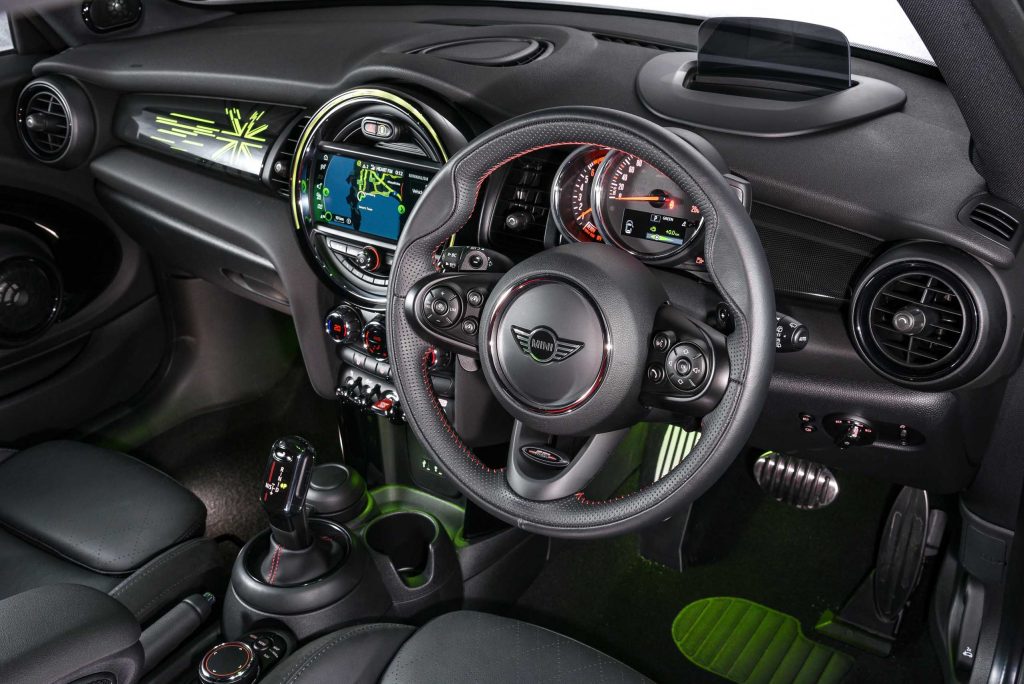 Inside, an even broader selection of seat trims, interior surfaces and colour lines are available, including Chester Leather that comes in Malt Brown, or an optional Piano Black. The latter comes with an illuminated and stylised Union Jack motif on the passenger-side instrument panel.

The ‘MINI Yours’ personalising programme raises individualism to a new level. It includes retrofit products that are designed by customers and produced according to individual specifications.

Wireless charging and the MINI Connected system is available as optional equipment, while Connected Media with navigation comes standard on Cooper and Cooper S models. 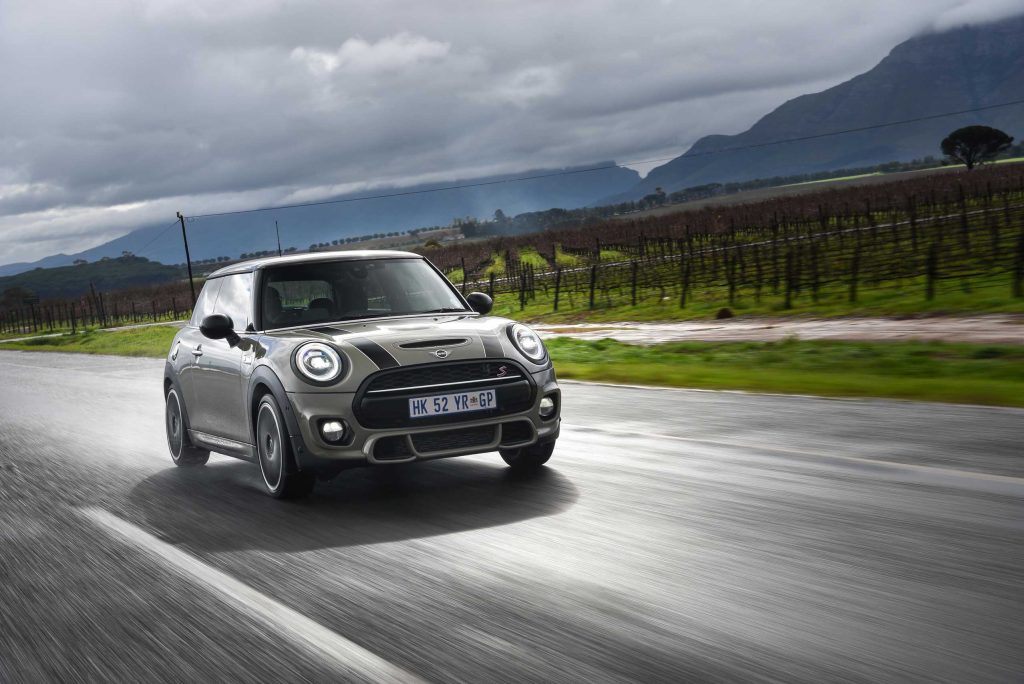 The engine line-up has now been rationalised to only two petrol engines. These include the BMW-developed 1.5-litre three-cylinder engine with TwinPower turbo technology, and the familiar 2.0-litre four-cylinder turbo unit that was carried over from the previous models.

Interestingly, the MINI One with its engine mated to the standard 6-speed manual ’box is slightly faster to 100 km/h than the automatic model with its 7-speed Steptronic double clutch transmission (10.1 seconds versus 10.2 seconds). In all other guises, the auto model is slightly quicker.

While the One derivatives were not available at the launch in Cape Town, the somewhat languid performance of the new 100 kW Cooper at sea level (in terms of what one expects from a MINI) does not bode well for the functioning of the 75 kW model at higher altitudes.

The Cooper S is also nimbler in the bends, and in my view, the 5-door model is the better choice; given its better practicality and fantastic handling traits thanks to a longer wheelbase. The Cooper derivative, however, is the best pick if you are considering the Convertible model.

The latest upgrades again highlight the mature, yet distinctive charisma of the brand, and the new engine-transmission combinations are in line with MINI’s focus on the essentials. However, it comes at a cost, as prices now range from R302,200 for the 3-door One hatch with manual transmission to R459,400 for the 5-door Cooper S auto. The Convertible derivatives are even more expensive, with the Cooper auto priced at R444,200 and the Cooper S auto available for R515,559.