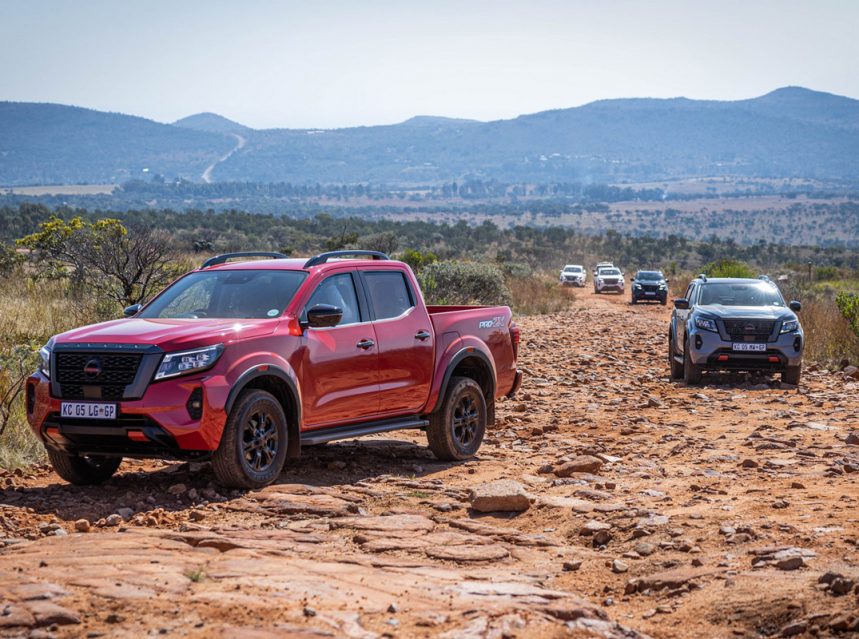 Nissan has ambitious sights on Africa and seems to be using the locally produced Navara to blaze their trail.

Recently, Nissan South Africa held its exclusive #NissanNextExperience event, attended by its media partners and stakeholders. The event was meant to celebrate Nissan’s passion embodied by a production journey that started in 2021 for the all-new Nissan Navara, which was celebrated together with the trend-setting Chennai-built Nissan Magnite. What better way to connect with the media and your stakeholders than to give them a taste of both cars as part of the celebratory experience?

“The toughest vehicle that Nissan has ever made.” Such is the high regard in which Nissan holds the new Navara. A bold statement, considering that Nissan boasts a 60-year heritage of building reliable light commercial vehicles. Sporting a more aggressive exterior design and a reworked cabin, the Navara looks modern and purposeful. We are not the only ones enamoured with the new bakkie, given how it has been recognised as a finalist in the 4×4 Double Cab segment of the “Car of the Year” awards – barely 12 months since its production. Considering that the Navara has achieved this in a densely contested segment is a testament to Nissan’s plans for the future.

We got a chance to drive the new Navara on city roads and some off-road excursions around Hartbeespoort. A 2.5-litre turbocharged diesel does the heavy work delivering 140 kW and 450 Nm, which proved to be sufficient for ordinary city and highway usage. The ride quality was commendable and compliant, and the bakkie behaved with reassuring stability, thanks to the 5-link coil rear suspension. The suspension also made short work of the rough roads on the off-road excursions, demonstrating the Navara’s dual personality as both an off-roader and a lifestyle vehicle. The new Navara is creating new opportunities for our fellow citizens, but it is also shaping into a formidable contender in the premium bakkie segment.

A Magnite to Ignite Your Passion

Coined a “trendsetter” by Nissan, the Magnite certainly looks the part. Aimed at the B-SUV segment, the Indian-manufactured Magnite brings a highly stylish exterior that gives competitors like the Toyota Urban Cruiser and the Renault Kiger a run for their money. I6” alloys and a two-tone paint job in the range-topping trim add to the visual allure of the Magnite.

The interior also features an impressive host of features usually found on an options list, including Apple CarPlay and Android Auto, a 360-degree camera and a wireless phone charging pad. Nice touches such as soft-touch materials and fake leather also make the cabin feel more premium than we are used to in the sub R300k range.

Despite its 205 mm ride height, we found the Magnite best suited to the streets of Jozi as opposed to the more challenging Harties back roads. With a softly sprung suspension and practical dimensions, the Magnite was fun to drive around the city and surrounding highways. The small 1.0-litre turbocharged three-cylinder petrol unit that delivers 74 kW and 160 Nm was well suited for the city driving task.

The #NissanNextExperience was a brilliant event by Nissan to showcase the excellence of two of their latest products as it draws a roadmap for the future of the Japanese giant. With manufacturing hubs in South Africa and Egypt and assembly plants in Nigeria and Ghana, the Navara is not only targeting the local market but also overseas markets. With such an extensive focus on African markets, Nissan has ensured that the Navara is the bakkie we need while producing these vehicles on the continent.