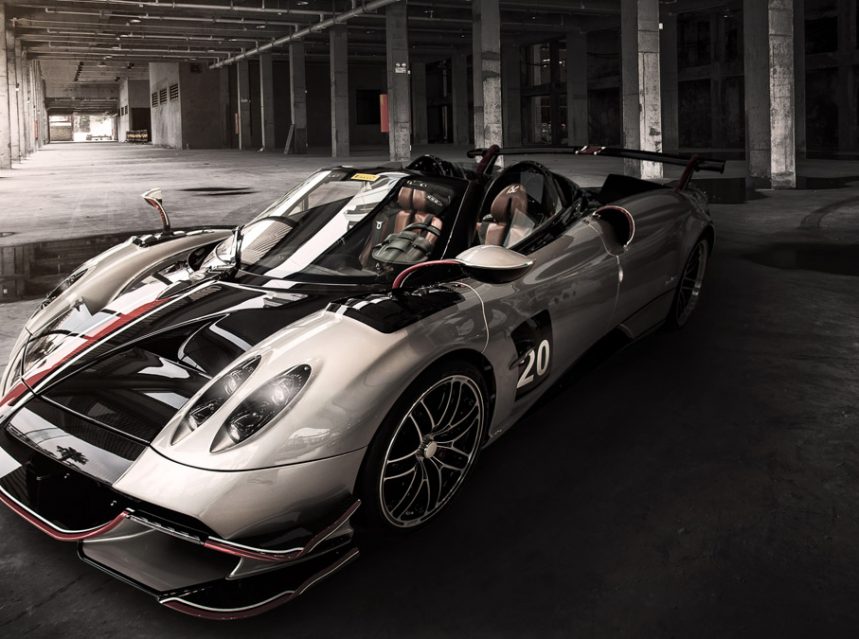 The Roadster BC, the final road-going version of the Huayra, was recently shown in Cape Town, We used the opportunity to find out from Mansour Al Yasin, Pagani’s business development manager for the Middle East and Africa, what the future holds for Italy’s last independent hypercar constructor. 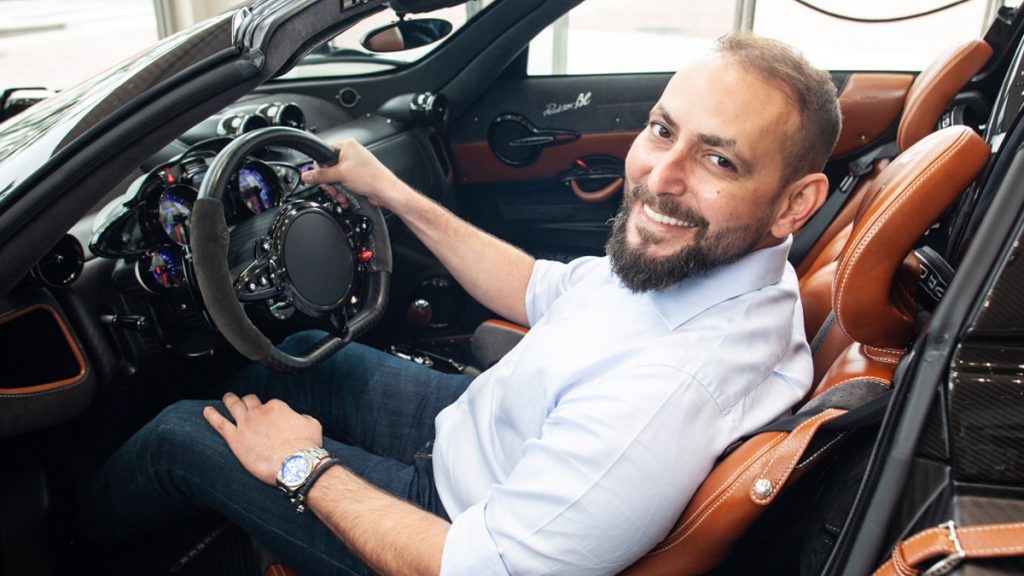 Displayed in the principal position of the Daytona Group’s showroom in the V&A Waterfront, the Huyara Roadster BC was imposing. Even from a distance, the meticulous, almost obsessive focus on detail and design on the latest model from the Modenese manufacturer was evident.

Created by designers, engineers and master craftsmen to be highly distinctive and unique, the Roadster BC’s shape is extreme, exuberant and different, yet every component used has been scrupulously analysed to perform at the most extreme levels of automotive science.

Admiring it from up close, it is truly a work of art – the culmination of intense functionality in a delectable form. The level of detailing is extraordinary, and the precision of the machine work is of Swiss watchmaking grade. Even each bolt used carries the Pagani name, and they are made not from steel, but titanium…

All switches, tabs and toggles are hand-milled, the weaves of carbon fibre with integrated titanium-reinforced thread for the bodywork are perfectly aligned, and the titanium-formed six-exhaust pipe system with signature exhaust layout is flawlessly welded… If it shows any imperfection or deficiency it is simply discarded. 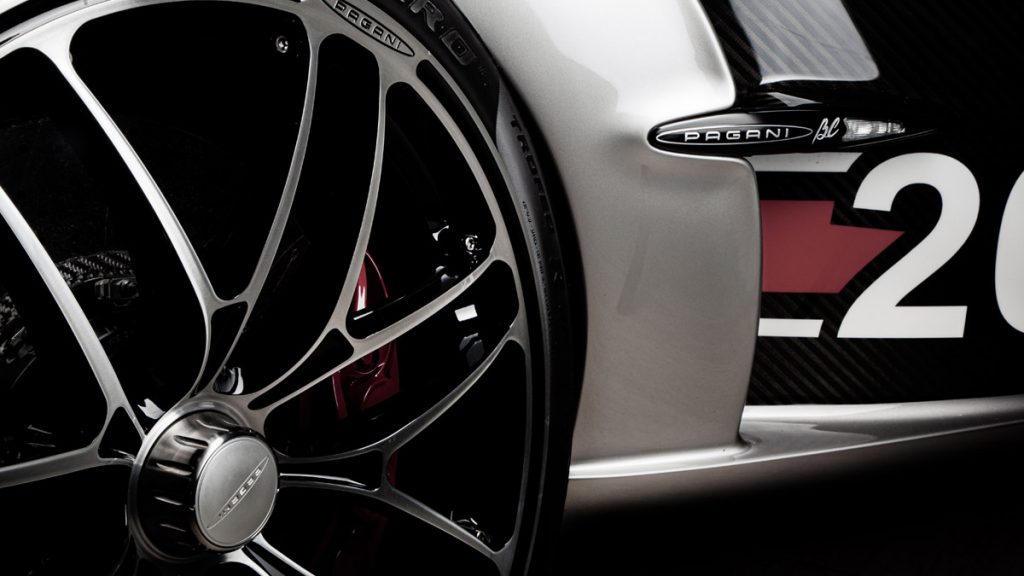 It is this obsession with detail and perfection, combined with the advanced materials to provide strength and lightness, that sets Pagani apart from other supercar builders like Ferrari and Lamborghini. This can be attributed to Pagani’s long history with advanced composite materials, as company founder Horacio Pagani understood the importance of carbon-fibre construction long before it became fashionable.

Also, according to Mansour, Pagani from the outset limited production of his cars – not only to keep them exclusive but also to ensure the highest quality of craftsmanship. Production is limited to only fifty units per annum and since 2000, the company has only built 400 cars. This also explains the marque’s exorbitant prices but even so, South Africa and the Middle East make up 10% of Pagani’s worldwide sales.

The Roadster BC is not new. It was first introduced nearly three years ago, yet in terms of technology, it still is at the pinnacle of automotive excellence. With a monocoque constructed from Carbo-Triax HP62 and Carbo-Titanium HP62 G2, it has 12% more torsional rigidity and 20% more flexional rigidity than its Zonda predecessor.

With every single component designed to be strong, yet light, the Roadster BC weighs only 1,250 kg and its active aerodynamic system was designed to generate downforce of 500 kg at 280 km/h while its dynamic suspension system still maintains enough ground clearance for an enjoyable ride. The exhaust system also features two extra direct outlets to diffuse air and generate further downforce.

After 20 years of close cooperation between Mercedes-AMG and Pagani, the latest AMG-built V12 has unbelievable levels of power and elasticity, according to Mansour. With two new turbos, a hydroformed manifold, twin throttle bodies and four water- air intercoolers, all supported by a Bosch electronic system, the engine delivers 590 kW and 1,050 Nm of torque, giving it one of the best power-weight ratios in its category.

An Xtrac transverse 7-speed sequential gearbox transfers all that power to the road via the rear wheels, shod with tailor-made Pirelli PZero Trofeo R tyres on lightweight 14-spoke rims. “While rear-wheel drive only, the Roadster BC has incredible grip, allowing for lateral acceleration of 1.9 g, with peaks of 2.2 g, and a longitudinal deceleration of 2.2 g, courtesy of Brembo carbon-ceramic brakes,” said Mansour. 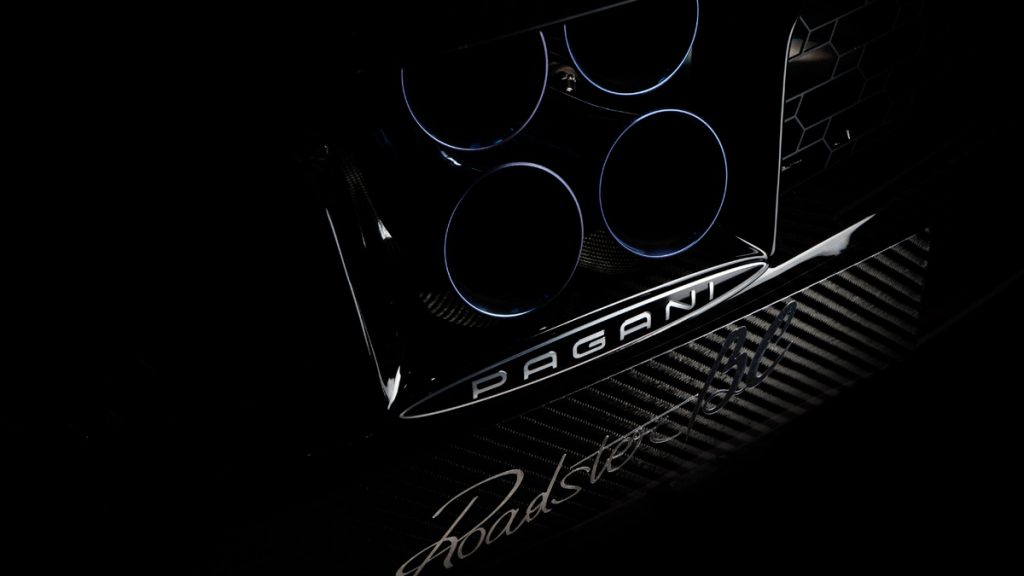 With the limited run of 40 Huayra Roadster BC’s complete, a track-only version of the Huayra, in the same mould as the Zonda R, is on the cards, and according to Mansour this bespoke model can arrive as soon as next year. Also, besides consultation work for aerospace companies like Airbus, development work on the C9’s successor, the next-generation C10 hypercar, is ongoing.

Following tighter legislation, this as yet unnamed model will most probably have a hybrid drivetrain consisting of a petrol engine and a battery-powered electric motor, says Mansour, making the Roadster BC the last road-going Pagani with a conventional power unit.

However, in line with feedback from Pagani’s loyal customers, but contrary to the current trend towards dual-clutch and automated manual transmissions, this new car will have a manual gearbox – again highlighting the streak of individuality that makes Pagani so unique in a world of convention…