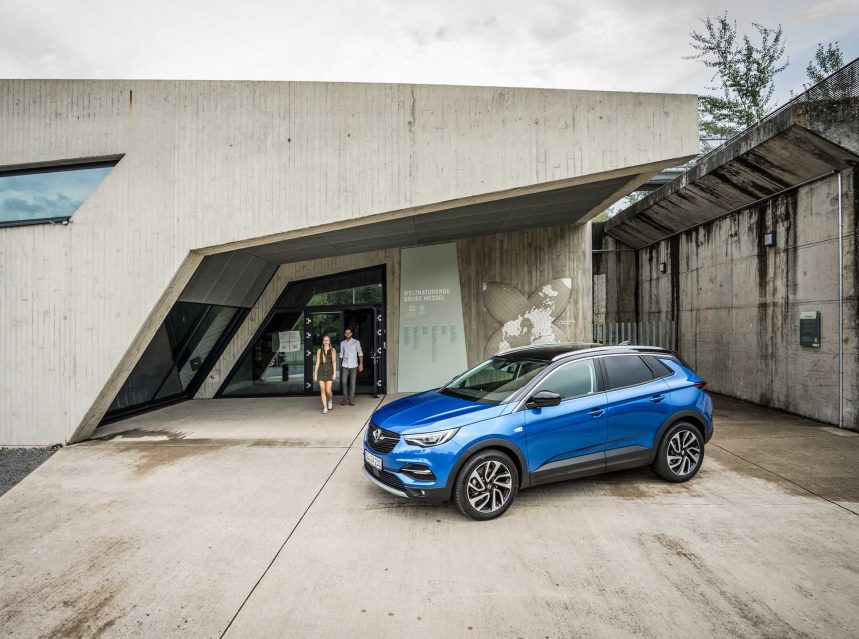 General Motors’ departure from South Africa at the end of 2017 was a blow to the local motor industry. BERNIE HELLBERG JR recently sampled the Opel Grandland X, a car bearing the name of the long-loved ‘other’ German brand that was in danger of disappearing into the sunset along with the GM brand. It was, however, saved from SA extinction by Williams Hunt who continues to import the Opel brand locally.

By far the most exciting news to come from the new local distributor this year was the introduction of the compact SUV Grandland X, which Driven has covered to some extent in previous editions. Big brother to the Crossland X, which has, as yet, to make a significant impact for the Opel brand, the Grandland X has a much better chance of success in the market as far as we’re concerned. Simply put, it has what buyers want right now, most of it in spades if only South African car consumers weren’t so overtly brand conscious…

BACKGROUND TO A WINNER

It’s no secret that the Grandland X shares its platform with its French cousin, the Peugeot 3008. If you’ve found yourself entirely out of the loop with regards to significant shifts in the motoring landscape in the last two years, you may not have known that the PSA Group (makers of Peugeot and Citroën cars) took over the Opel brand in 2017.

In Europe, this was a good thing for all brands involved and strengthened the French company’s hand in that vast market. In South Africa, however, where French cars still battle a persistent perception problem, the takeover of Opel by Peugeot may have caused the brand some damage, unfortunately.

Enter the Grandland X. Competitor to the likes of the Hyundai Tucson and its sibling, the Kia Sportage, the Nissan Qashqai and the brilliant Volkswagen Tiguan and Renault’s Kadjar, and even the Grandland’s Peugeot 3008 cousin. 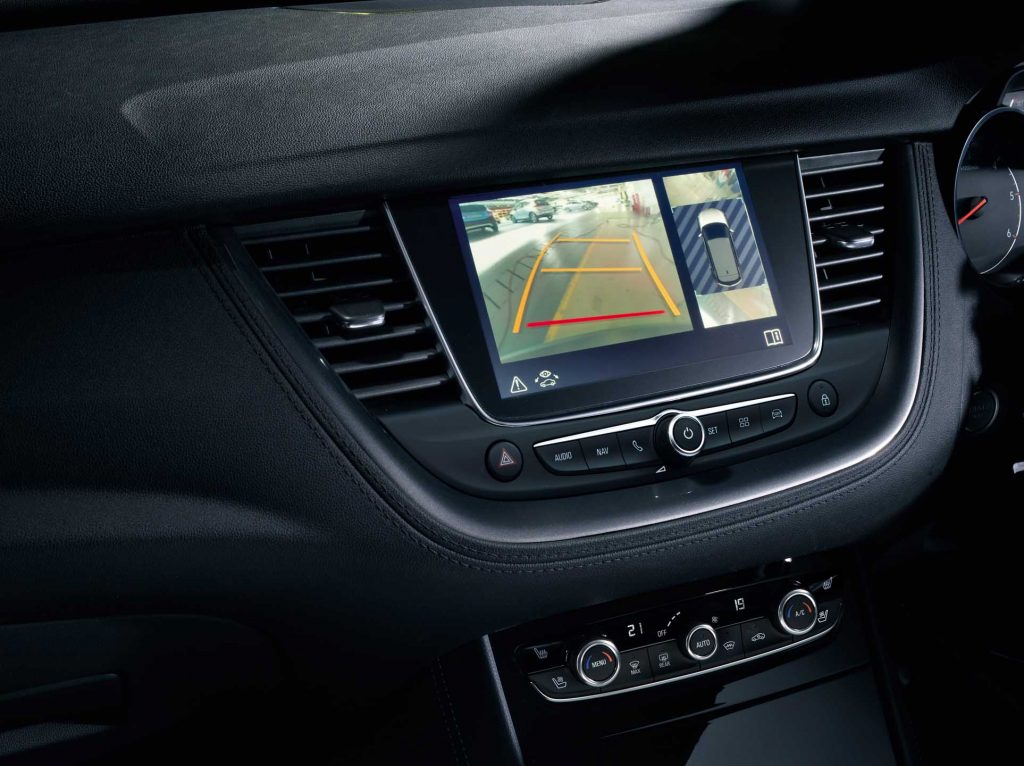 In a nutshell, the Grandland X easily holds its own against all of its competitors, easily outclassing rivals such as the Kadjar and the Mazda CX5 in terms of tech, built quality, interior ambience and overall driving feel. Especially in Cosmo guise (our test unit), which adds a bunch of nice-to-haves to the top of the Grandland X range.

Additional to the Standard and Enjoy specifications, the Cosmo includes a styling pack with the roof and side door mirrors finished in diamond black. Aluminium roof rails, 18” alloy wheels, adaptive LED headlights, and a hands-free power tailgate enhances the exterior of the Cosmo, while heated leather seats, a leather-covered steering wheel, blind spot alert, navigation, and advanced park assist adds to the tech and comfort offering inside the car.

All in, we reckon that the Cosmo, although a bit pricier than some of its rivals, has the edge over most in a like-for-like comparison. 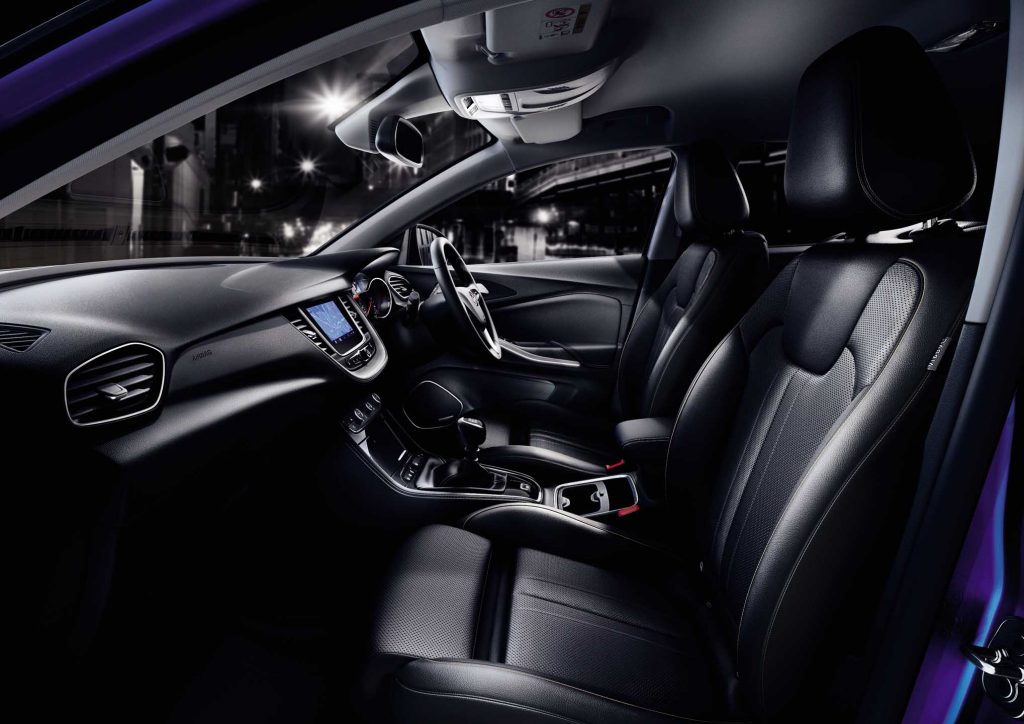 On the styling front it draws with the handsome VW Tiguan in our opinion, and (obviously) also leans heavily in the Peugeot 3008’s direction. Being more emotionally available than it’s Korean rivals also count in the Opel’s favour, while it is slightly more ‘cookie cutter’ in appearance than the likes of the Nissan Qashqai.

Stepping into the Cosmo confirms the car’s German heritage. There is a good and solid feel to the interior, with buttons and switchgear entirely on par with the Tiguan and the Korean cars. The quality feel extends to the car’s firm yet comfortable seats, with the driving position slightly raised above the clamour of the outside world.

Powered by the same 121 kW and 240 Nm 1.6-litre turbo petrol engine that’s used across the model range (and in the Peugeot 3008), the Grandland X never felt underpowered or out of breath, and mated to a six-speed automatic transmission, the overall driving feel is smooth and refined – as one would expect from a half-a-bar SUV.

The Grandland X Cosmo has a lot going for it and will answer positively, many questions that SUV buyers may have. It is spacious, well specced, well-built, and surprisingly fun to drive. Whether that experience will translate into a pleasant ownership experience in the long term remains to be seen. Luckilly then it’s backed by the Williams Hunt group who has 12 dealerships in the northern region of South Africa and in the Eastern Cape.