PEUGEOT 5008: A MOST COMPLETE OFFERING 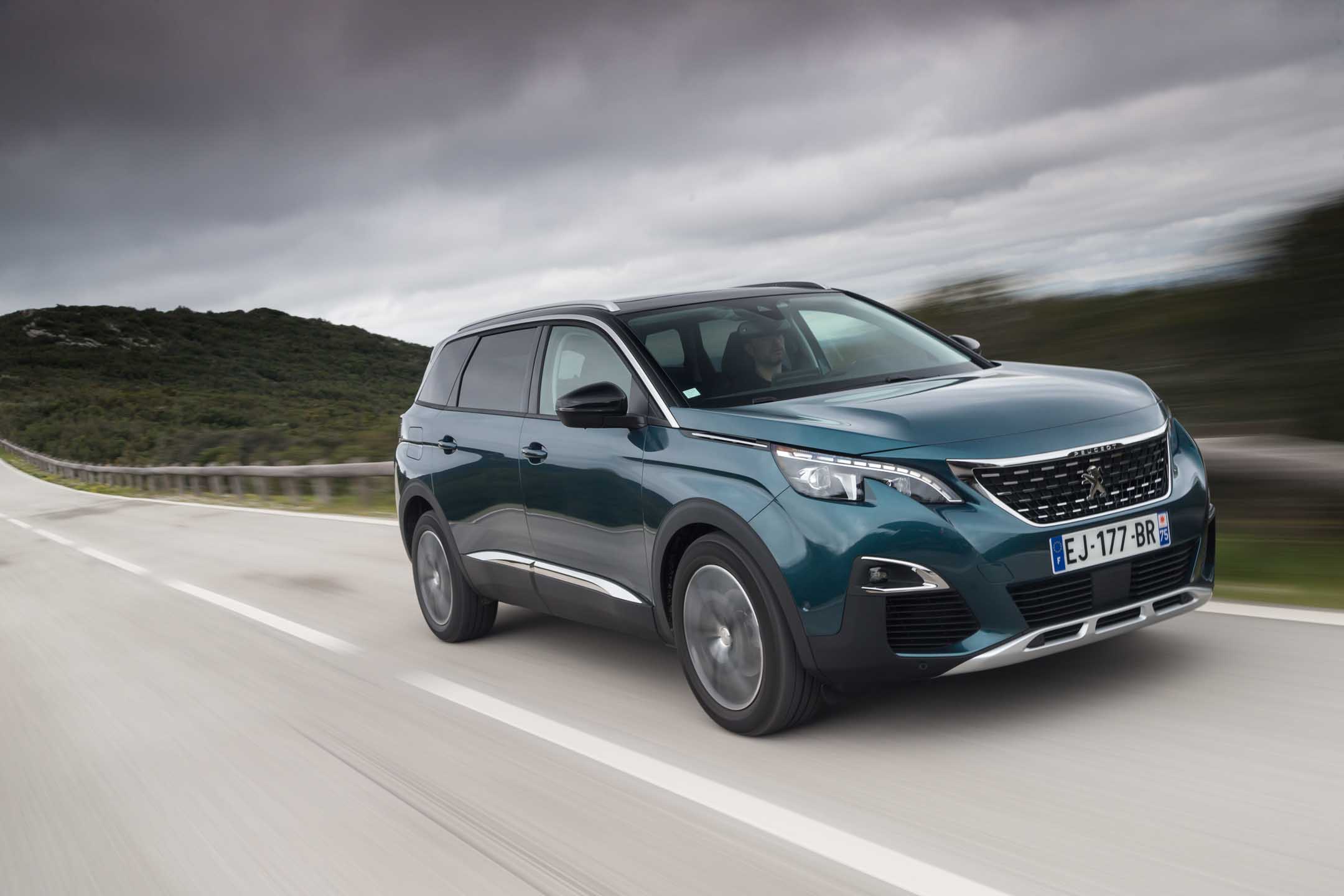 You can call it what you want, but I like to call the Peugeot 5008’s transmutation over the years an evolution into what people want to buy.

I know, the word ‘evolution’ has almost become a cliché. Us motoring types, when at a loss for words as to a product’s gradual progress within a certain scope, like to label something as ‘evolutionary’.

But please bear with me on this one.

When Multi-purpose Vehicles – you might know it as MPVs – were all the rage, the French manufacturer decided to capitalise on this opportunity by bringing to market the 5008 in 2009. And it was, for the most part, a good call since the French weren’t only known for garlic-based snails and steel-constructed skyscrapers, but also injecting a certain flamboyance into what would otherwise be considered a dull affair with loads of storage space. For what bordered on a decade, this was also the only 5008 that was available locally. 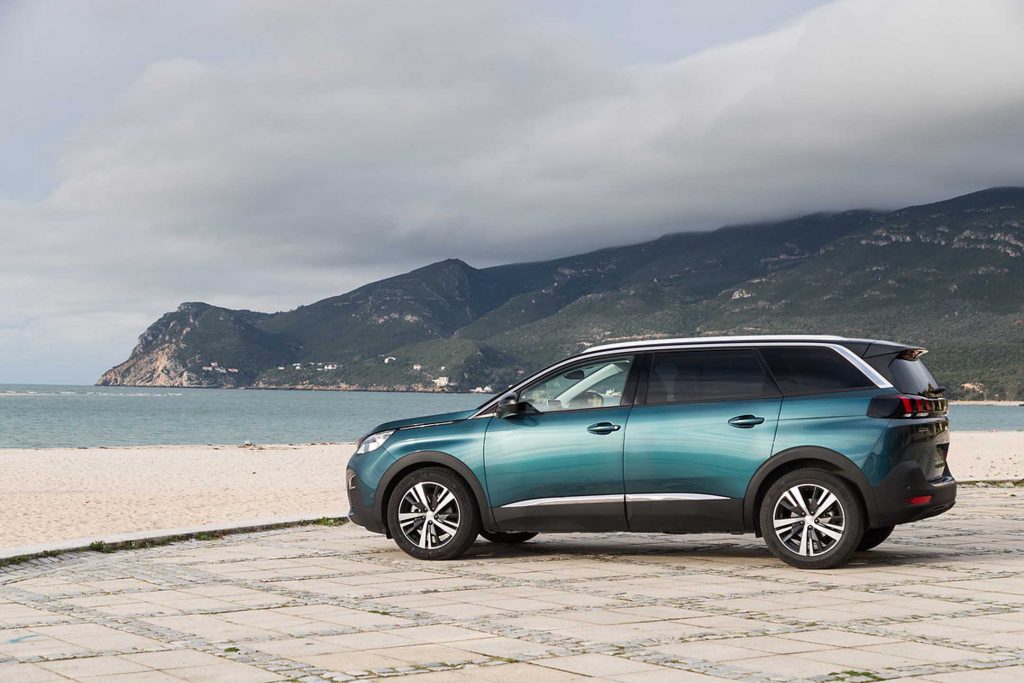 And then buyers decided that MPVs aren’t all that well-dressed anymore and they’d rather opt to sign on the dotted line for something more stylish like a crossover-SUV. It does offer most of the practicality perks…

Peugeot, in turn, responded to this buying trend and dropped the soft lines, the low-rising beltline and the overall humble styling of the good ol’ MPV in exchange for something, I daresay, cool. 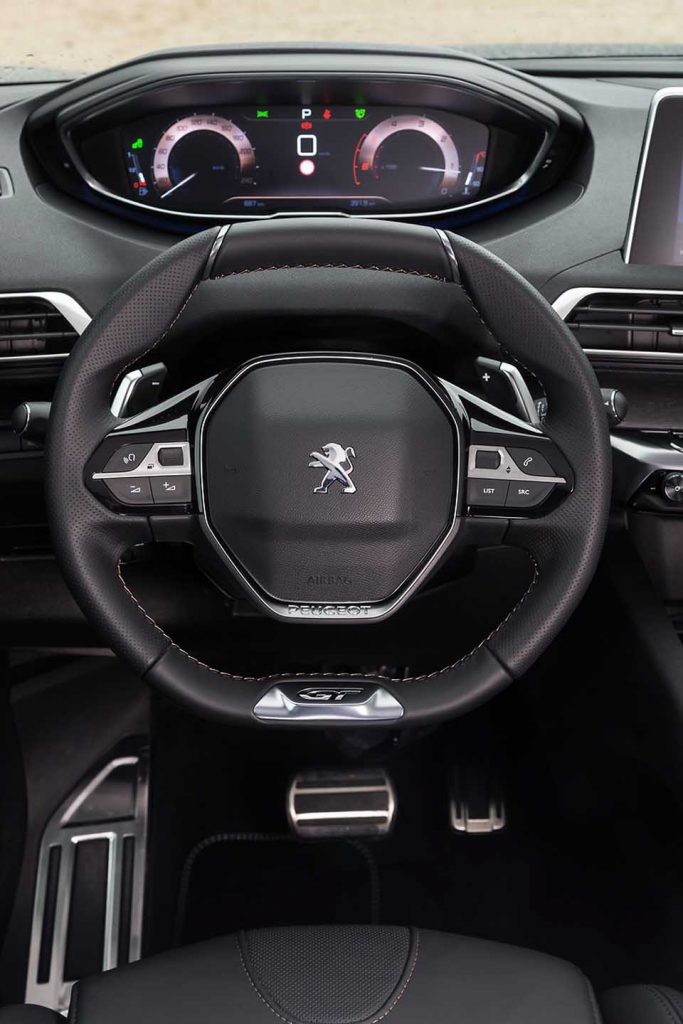 We had the 5008 GT Line on test that featured just about all the bells and whistles and then some. Like the i-Cockpit, for instance, although this is a standard Peugeot issue for some years now, it still resembles a measure of that French quirk, or uniqueness, however you want to phrase it. It offers a measure of minimalism that’s hard to find even in cars costing twice as much.

Sure, the tiny steering wheel doesn’t at first inspire considerable amounts of driving confidence, but once used to it, I grew quite fond of it – despite it obscuring parts of the instrument cluster at my ideal driving position.

Then there’s the centre-located infotainment system that allows you to adjust just about any function on the car. Remember I said that the cabin is minimalistic? It tends to be a tad difficult operating the system once on the move, though, so it’s the usual pros-and-cons kind of argument.

What did stand out though, is that the driver can receive a ‘tailored’ massage, or even choose the interior aroma – all by just scrolling and digging through all the sub-menus. I know it’s not exactly all that butch – as far as my aforementioned argument is concerned – but still, it’s nice to haves.

HOW ABOUT DRIVING IT?

In short, it’s much of what you’d expect from a 1.6-litre turbocharged engine that’s given the sizable task of propelling a small SUV. It produces 121 kW and 240 Nm of torque and while the latter is available from reasonably early (1,400 r/min), when the surge arrives it’s like the six-speed automatic gearbox doesn’t always know what to do with it. While it’s not annoying per se, one can’t help but think that the 2.0-litre turbodiesel alternative would serve this car best.

At least it moseys on the side of frugal with a claimed average consumption of seven litres per 100 km. I, however, suspect that Peugeot might have understated that figure since after a week of driving between Jo’burg and Pretoria, I still couldn’t manage to empty the tank – with all that different screens and interconnectivity, I’m ashamed to say, I couldn’t manage to find the trip computer.

Let’s face the music. Sedans have come and gone, and so too have MPVs. This is the era of SUVs, and more specifically those of the crossover variety. They too might lessen in popularity soon but for now, the Peugeot 5008 has evolved into what people want. And isn’t that the point of evolution? To support survival?

All that is left to do now is for the buying public to change their mindsets. The 5008 is as good as, if not better than, many of its rivals on several fronts. At least in my books, it is by far and away the most complete Peugeot I’ve ever driven. Also, did I mention that it has seven seats?