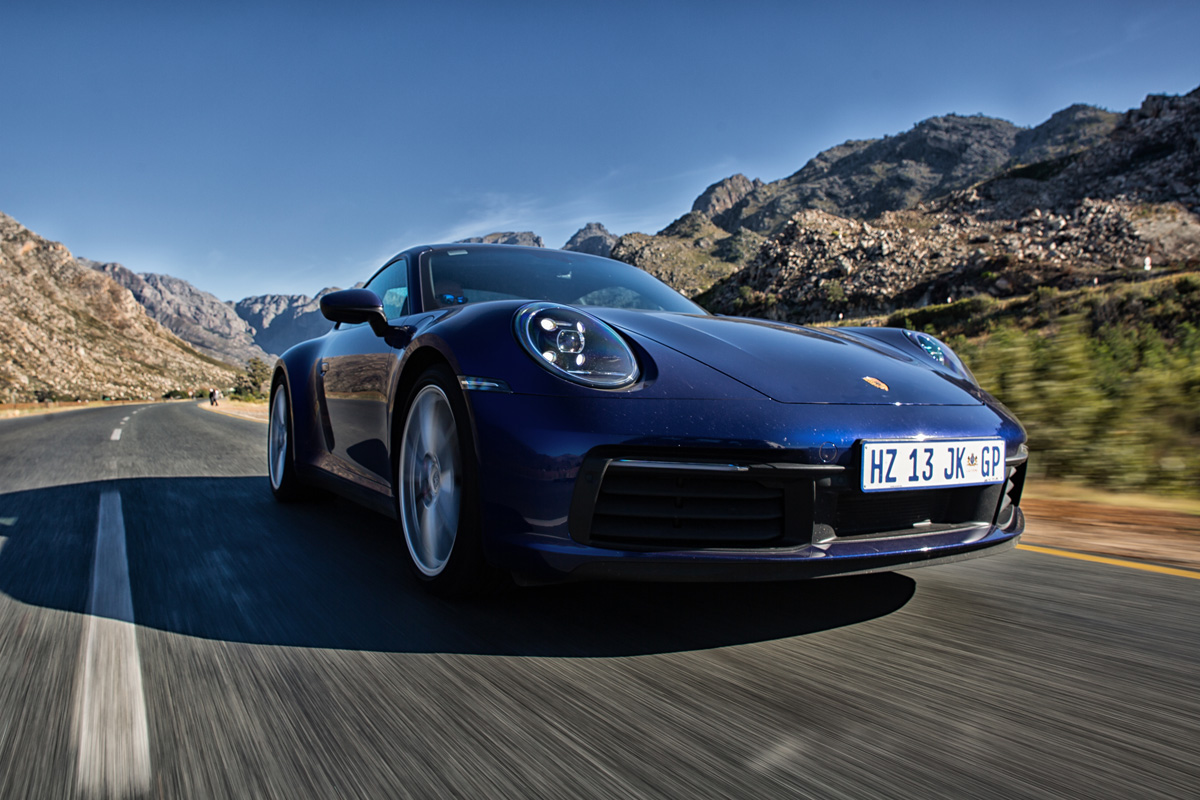 Following our initial drive of the new Porsche 911 Carrera (code-named 992) in Valencia, Spain, Driven recently had the opportunity to sample the vehicle on home turf. Of course, while our first impression of the vehicle left an indelible mark, we looked forward to driving it on familiar roads, on the left side of the road in our right-hand drive format. However, prior to unpacking how it fared on SA roads, let us recap on what makes the new model, well, new.

While the front remains distinctly 911, walking towards the rear of the vehicle, however, exposes the most significant design changes where a set of new taillights in their slim design flank a light strip that connects the two, while an automatic rear spoiler which deploys at speeds above 100 km/h, features a small vertical brake light strip arranged to symbolise the number 11 as in 911. The new 911 adopts the wide body – which has up to now been a reserve for the mighty Turbo, Carrera 4 and GTS models – across the range.

That said, the rear design is easily the model’s most charming aspect and both the Carrera S and Carrera 4S variants now sport 20 and 21” tyres front and rear respectively – a first for the genre outside of the GT3 RS – and as a consequence affords the new model even higher grip and traction levels at the rear, but more on that aspect later.

The model’s new flush door handles that pop out when unlocking the vehicle is said to give the vehicle a much cleaner design. Meanwhile, swinging the driver’s door open gives access to a new, minimalist, yet decidedly functional cabin replete with a horizontal dashboard design that harks back to the original ‘60s 911. It is festooned with a 12.3” touchscreen infotainment screen similar to that of its Cayenne and Panamera siblings, while the new instrument cluster is a heady mix of retro-meets-modern design with the analogue rev counter taking centre stage and flanked by digital screens that display various vehicle vitals such as the speedometer and the navigation among others. That dropdown centre stack is now home to a stubby gear lever and a host of driver-centric buttons for the various vehicle settings, while the ergonomically sound steering wheel houses remote buttons for the sound system and sports a response drive mode toggle switch.

Both the Carrera S and Carrera 4S are powered by a 3.0-litre, twin-turbo flat-six engine that now thumps out 331 kW (22 kW more than its predecessor) and 450 Nm. Both models now feature an 8-speed PDK transmission – replacing the previous model’s 7-speed PDK – while a manual transmission will join the fray at a later stage. Against the stopwatch, both models are claimed to romp to 100km/h in 3.7 and 3.6 seconds respectively, while top speed is pegged at 308 and 306km/h a piece. To put that another way, the new Carrera models are essentially as quick – a whisker here and there perhaps – as the outgoing Carrera GTS.

Capable in the handling department and thoroughly quick on the straights, the 911 thrives under racetrack environ without trying too hard, as we found out at the international media launch, but since most owners are likely to use it on the public roads it is here that the new model’s other forte truly bristles. It can nonchalantly drive through the urban jungle tootling behind conventional European hatchbacks, and still manage to plaster an insatiable smile across your face when you finally bury the throttle. That hoarse, flat six bark we have become so accustomed to has been further amplified here and adds a fair dose of aural splendour through the cabin.

Another stand out feature of the latest model is the Wet Mode drive mode, which as the name suggests, aids traction in inclement weather by priming the traction and stability controls to intervene and cut power from the engine much sooner, thereby quelling any impending oversteer that may arise from the driver getting a little too giddy with the throttle. It is an excellent feature that will save many a Porsche 911 driver’s bacon in the process. 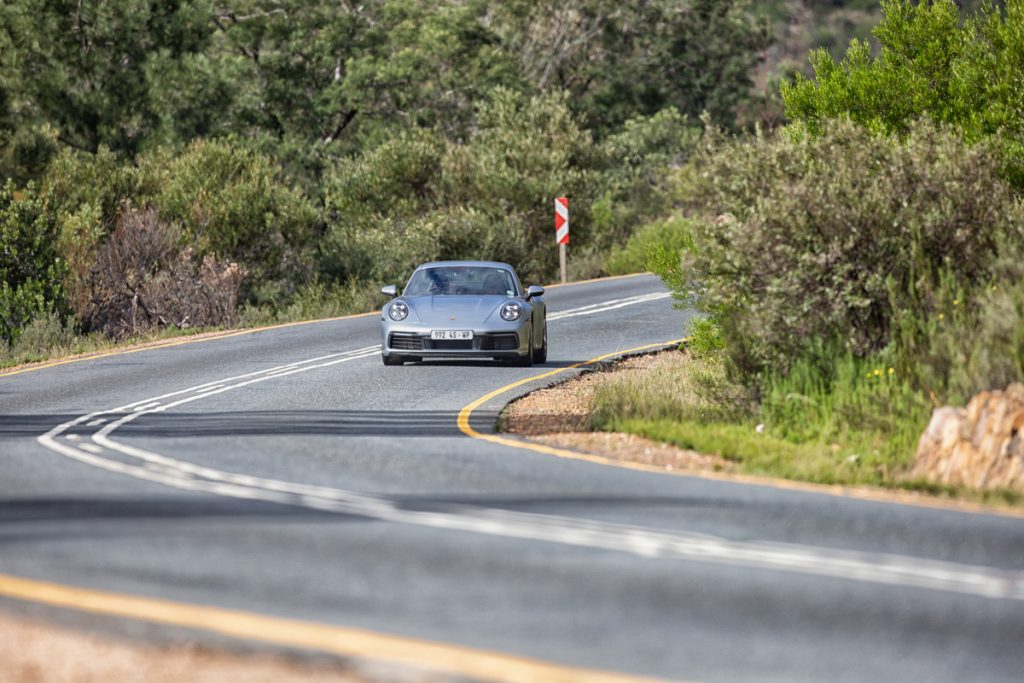 Hustling the car on more familiar roads in the Western Cape was, once again, a revelation. The engine fitted with the sports exhausts (an oval tip on either side of the rear valance) delivers a satisfactory fruity melody, while the engine remains a flexible, torque layered nuke with infinite reserves. That eight-speed PDK gearbox remains the best of the genre yet as it shoots through the transmission with the utmost alacrity and smoothness.

However, it was while snaking through Franschhoek where the rear-wheel-drive Carrera S displayed prodigious grip levels, even on slightly damp overnight Cape Town roads. Place the nose of the car wherever your whims beckon and the rest of the vehicle follows and tracks true with very little fuss. Boot it out of corners in Sport+ mode and the rear of the car shimmies momentarily before it finds purchase and slingshots you out with verve. The Carrera 4S exhibited even more leech-like grip levels, but you lose a bit of purity from the steering due to the front driveshafts, which is why I would opt for the rear-wheel driven Carrera S instead.

Having now driven the new Porsche 911 on South African roads, my initial impressions of this being the benchmark sportscar have been reinforced. Very few, if any, sportscars is this well-engineered, this practical and useable on the daily as the Neunelfer (911 in German). The model truly occupies an enviable position in the sports car realm, and it will be interesting to see what is still in store when more variants hit the market as these Carrera S models have truly whet our appetite.