After seven decades of building one of the most iconic sports cars, the 911, Porsche has found it fitting to gift itself – to commemorate its 70th anniversary – the latest 911 Speedster. Based on the outgoing 991 platform, the latest variant is also the first in the Speedster lineage to be based on the company’s GT model line. Driven editor, Lerato Matebese, travelled to Sardinia, Italy to get better acquainted with the model.

The number 356 is steeped in history and carries much gravitas for the Porsche brand as it marks the German carmaker’s seminal sportscar. Even with its diminutive stature and humble engine by today’s standards, all 1.5-litres of it in its spiciest Carrera GT form, its lightweight construction –  something that still rings true with the company’s model offerings – gave it a dynamic veneer that captured the imagination of many fans. Thanks largely to its aerodynamic silhouette, handling and exemplary build quality, it spawned a legion of private racers who commissioned the model for racing, well before Porsche themselves got involved in any motorsport discipline.

The 356 Speedster drew a great number of fans in the US with some 70% of models sold in that market alone. To this day, it remains the Speedster nameplate’s biggest single market yet. Up to this juncture, every other 911 Speedster that went before has been loosely based on a Carrera platform. From the 356, moving up to the 930, then the 964, right up to the 997 that debuted in 2010. It is also important to note that only two Speedster models were custom built for Ferdinand Alexander Porsche himself and the other for US Comedian/Actor, Jerry Seinfeld, so they were never available for public consumption. 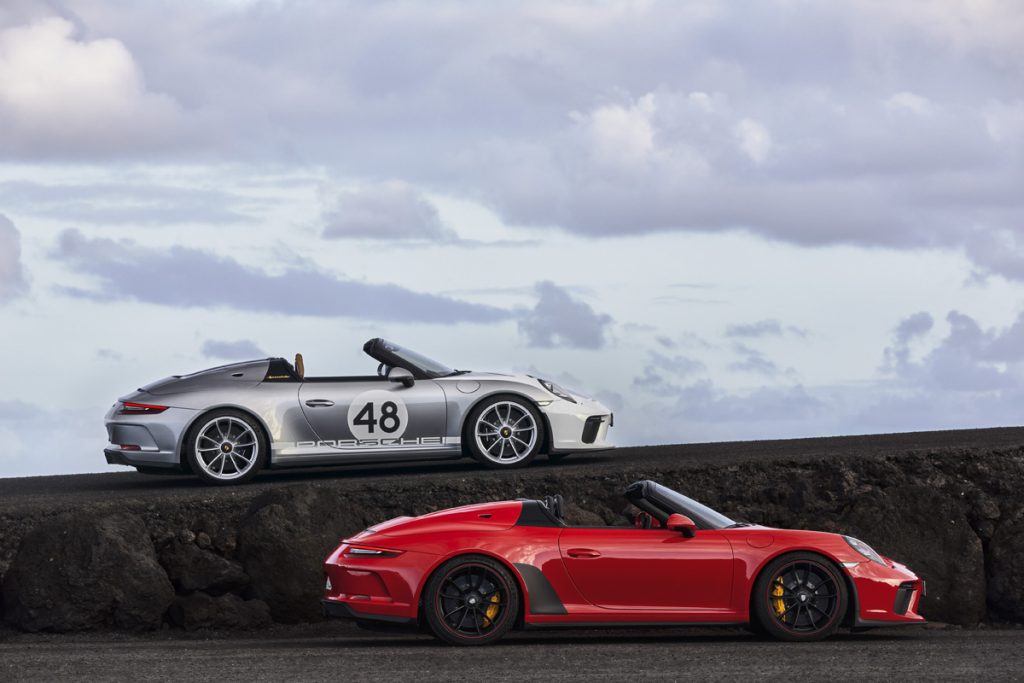 Fast-forward to the 2019 model, and the outfit has opted to change tack somewhat and instead make the model a purist driver’s car by throwing all its motorsport know-how at the latest entrant. To drive the message home in no uncertain terms, the vehicle’s front visage has been lifted wholesale from the 911 (991.2) GT3 with its lower valance replete with distinct gaping air ducts. Composite plastics have also been used on the front flanks in the interests of keeping weight down as the model tips the scales at some 1,465 kg, which is 50 kg heavier than a standard GT3 with a manual gearbox.

Following on the tradition of Speedster models that went before, the latest variant also boasts a manually operated roof that takes around 20 seconds to open or close. While initially, it seems a tad cumbersome and daunting to operate, it is an easy affair that involves unlatching the roof from inside the cockpit via a console located button, which also unlatches the rear engine cover. Then it is a matter of pulling the engine cover backwards and upwards and manually lowering the roof neatly into the recess just behind the seats before pushing and clicking the engine cover back in place. Now you can bask in the elements and drink up all the cacophony and chatter delivered by the engine.

Meanwhile, the cabin is a medley of minimalism meets racing panache and high-quality tactile materials. The seats, for instance, are the same form-hugging items found in the 918 Hybrid, while the steering wheel is a three-spoke item bereft of any buttons or gizmos. On the centre console resides a six-speed manual gear lever and the footwell has three aluminium festooned foot pedals. Yes, very driver-centric indeed. 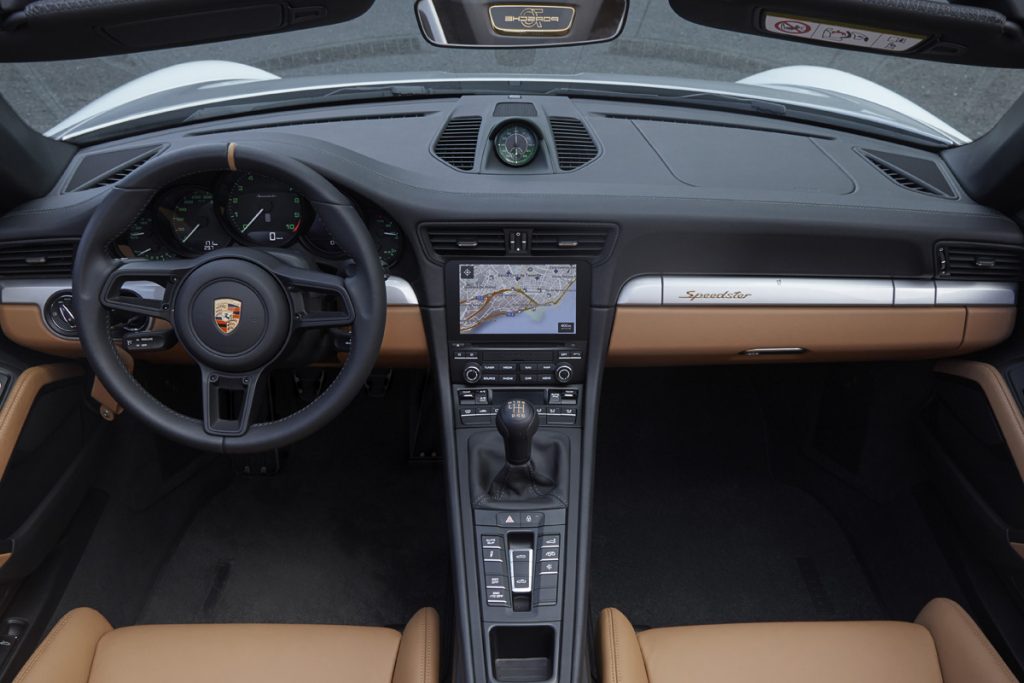 As mentioned briefly, Porsche has decided to shoehorn its 4.0-litre, flat-six, atmospheric engine from the GT3, into the Speedster this time around and the results are quite impressive. Even with the more stringent WLTP (Worldwide Harmonised Light Vehicle Test Procedure), which has necessitated the addition of two particulate filters, the engineers still managed to eke out more power from the already impressive figures in the GT3, to arrive at 375 kW and 470 Nm.

Remember, this is delivered from an engine devoid of turbocharging or any form of forced induction. To put it into perspective, the 4.0-litre twin-turbo V8 engine in the Mercedes-AMG GT S makes 375 kW and 700 Nm. That, no matter how you slice it, makes that Porsche engine one of the most impressive engines of its ilk. With a rev-ceiling of 9,000 r/min, you truly need to wind the engine up to those dizzying heights to extract the full potential of that powerplant. And, thankfully, that ritual is quite a rewarding one, thanks to that mellifluous engine.

From the moment you fire it up – the engine barks into life with a raucous disposition before settling into a motorsport-inspired idle. Depress the dual-mass flywheel clutch, sneak the transmission into first gear and nose the thing onto the road. It remains an easy car to drive slowly, while trying to warm up engine vitals in general and those sticky (once up to temperature) rear gumballs. Winding through the sinewy, ribbon of road in the Italian countryside, the 911 Speedster is every bit a driver’s car with leech-like grip and exemplary body control. There is very little in the way of scuttle shake or body flexing, giving you enough confidence to dig deeper into the model’s handling talents.

Pushing the model to its limits remains a rewarding affair for the keen driver and getting a front-row seat to the motorsport-inspired engine remains something to behold. There is ample torque to sling past slower traffic, while giving that engine free reign to sing to its 9,000 r/min limiter will induce goosebumps and raise the hairs on your arms in equal measure. Tone things down a smidgeon and the 911 Speedster is equally at home trundling those Sunday sunset cruises with your better half. While I would personally still lean towards the GT3, the 911 Speedster adds a dose of exclusivity to the dizzying cocktail, thanks to a production run of only 1,948 units to be built globally.

At a staggering R5,1m, the 911 Speedster might not be the performance bargain in Porsche’s line-up, but what it brings to the table is a delectable dish that combines open-top motoring with motorsport engineering and performance. As a collector’s item, it will remain a well-sought-after specimen of the genre and as a piece of automotive engineering, it is a staggering feat on the marque’s part.