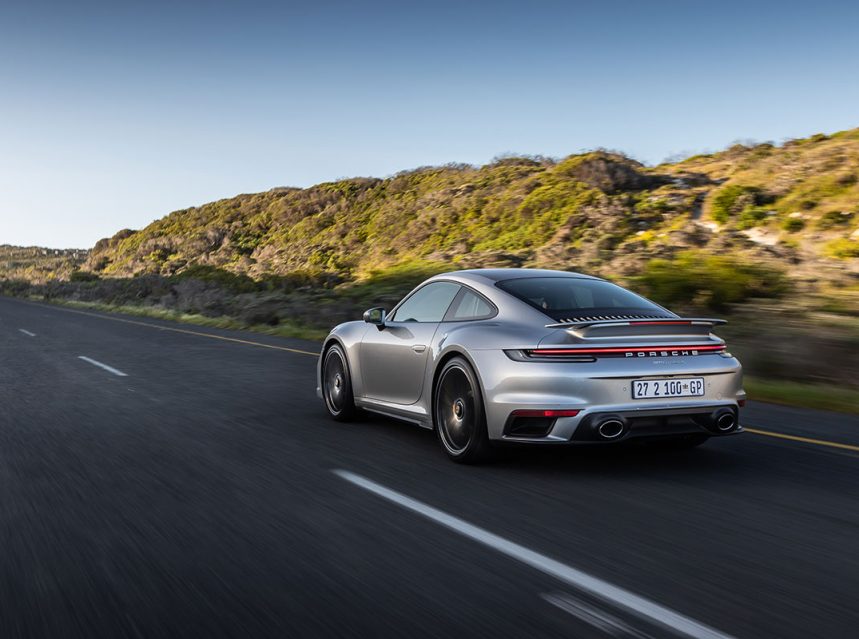 Lots of modern cars are fast, but the 911 Turbo has always offered just that much more poise in the process.

Introduced at the 1974 Paris Motor Show, the original (930) 911 Turbo was born of Porsche’s desire to homologate its racing cars for the forthcoming season. At that stage, boasting more than a decade’s worth of experience with turbocharging, the brand looked to incorporate this technology into the minimum required production run of road-going cars in order to quickly get back to winning ways on racetracks around the world.

The resultant road car would quickly both redefine the meaning of straight-line pace, but also form the foundation for a legacy of very fast, yet ultimately impressively useable turbocharged Porsche coupés. 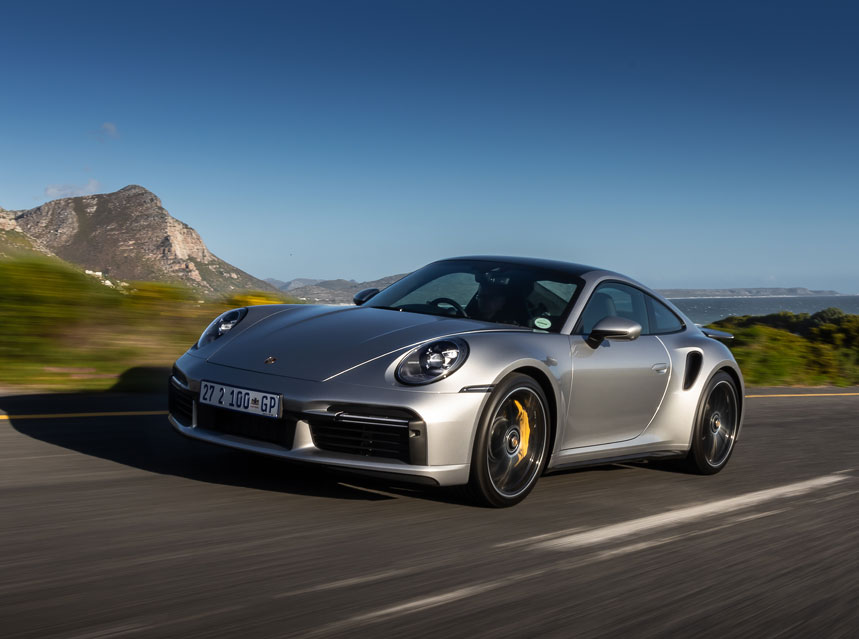 A defining feature since the 930, has been the design and shape of the wing adorning the rear of each generation of Turbo. Dubbed “whale tail” on the original car, the obvious benefit of such an appendage is in keeping the rear of the vehicle planted as speeds increase. A second advantage, and one once again prevalent on the eighth-generation 922 model, is the incorporation within this pinion of air vents designed to direct passing air into the rear-mounted, force-fed, flat-six engine. Positioned proud on the first Turbo, each evolution of Porsche’s flagship model has explored ways for the wing arrangement to add both increased function and, of course, distinction to its respective package.

If the carefully crafted lines of the 992-generation 911 pay intricate homage to Porsche models past, the 1,900 mm spans of the latest Turbo’s rear end conveys a message of newfound performance potential. Positioned above a suitably enlarged engine bay is a flat-board wing that now adjusts in both height and plane based on prevailing driving conditions – including doubling as an air brake under extreme braking events. 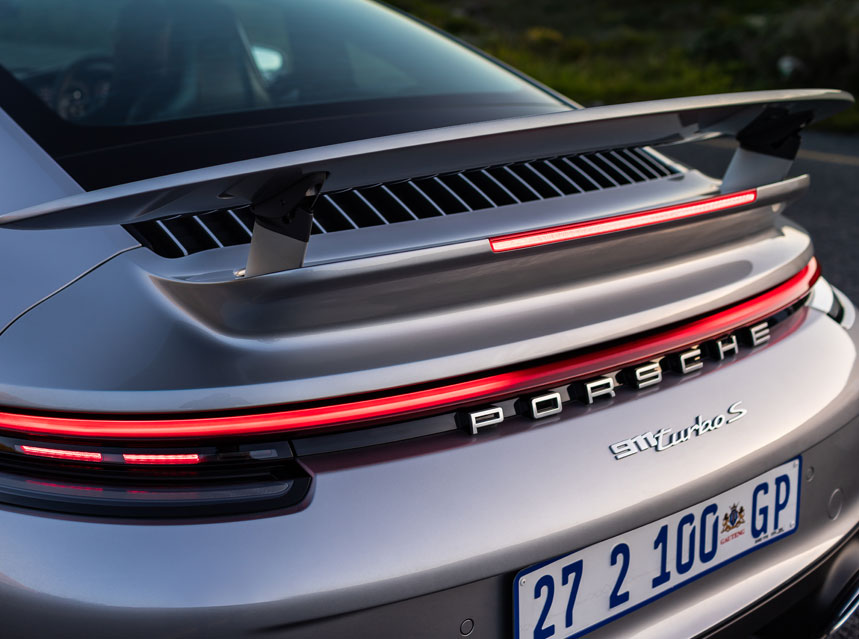 Boasting 478 kW and 800 Nm of torque from a new 3.8-litre bi-turbocharged engine, it’s the reassurance of a sturdy braking system that plays a perpetual role in the driving experience of the new Turbo S. Featuring a new air intake system (incorporating those aforementioned rear lid grilles), as well as larger, symmetrical variable-geometry turbochargers, the most powerful 992 to date is capable of launching from standstill to 100 km/h in a just 2.7-seconds, scything past the 200 km/h mark in 8.9-seconds, and reaching a top speed of 330 km/h. More impressive than this (literally) breath-taking acceleration, however, is the fluidity with which this new drivetrain – mated with an eight-speed PDK transmission – interprets throttle inputs into a steady stream of torque delivery to all four wheels; while favouring the substantial 315/30 ZR21 rear duo. 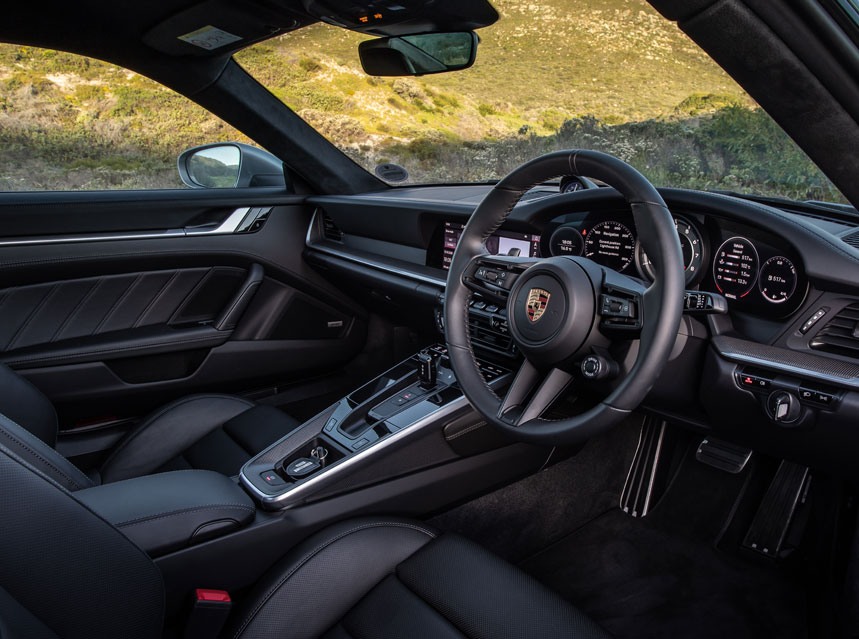 And yet, despite all the numbers listed above, our Cape-based launch route saw us slot effortlessly into early-morning congestion long before finding any opportunity to stretch the Turbo S’ legs. Not strictly necessary, such is this car’s breadth of ability, but a toggle away from Normal into either Sport or, indeed, Sport Plus driving mode, in-turn heightens the sensitivity levels of systems like the electrically-assisted steering and throttle response, while pressing play on an altogether richer, more characterful soundtrack (amplified via an optional sport exhaust setup, including oval tailpipes).

Press on and, true to the mandate of the 911 Turbo, the otherwise impressively comfortable and (notably in the new 922) well-appointed cabin wraps tightly around its occupants. Introduced in the 991, the now standard rear-wheel steering is less intrusive than before making turn-in that much more predictable. Aided by an extendable front spoiler lip, new active anti-roll bars and a reconfigured active suspension system (adjustable up to 200 times per second), the new car’s front-end is able to maintain levels of grip that guarantee the flanking muscles in your neck get as much of a workout as the aft items did under the hard acceleration. Able to corner impressively flat, only an extremely reckless application of the right foot would unsettle a rear-end otherwise capable of sling-shotting the Turbo S away from the apex of a corner.

That aforementioned air brake ably assisted by standard 420 mm ceramic brakes up front, with 390 mm items at the rear. 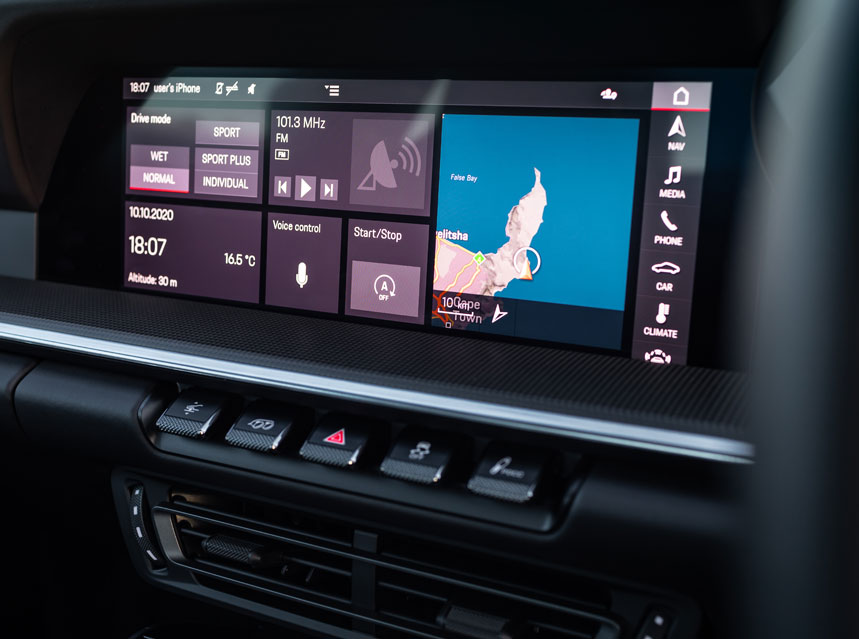 Is there a modern supercar with a broader mandate when it comes to deliverables? Unburdened somewhat by the imminent arrival of more focused family members, including the GT3, the role of the Turbo within Porsche’s coupé line-up is historically one of offering maximum performance in a package that can just as easily be driven on a daily grocery shop run. That the brand has elected to launch the S model ahead of the “standard” version points to customer demand that – despite what the economy might otherwise suggest – craves pinnacle processions.

Whisper it, but the slightly less powerful 992-gen 911 Turbo (427 kW/750 Nm) may well be all the modern everyday sportscar you need. That said, the new Turbo S meets its mandate, and then some.