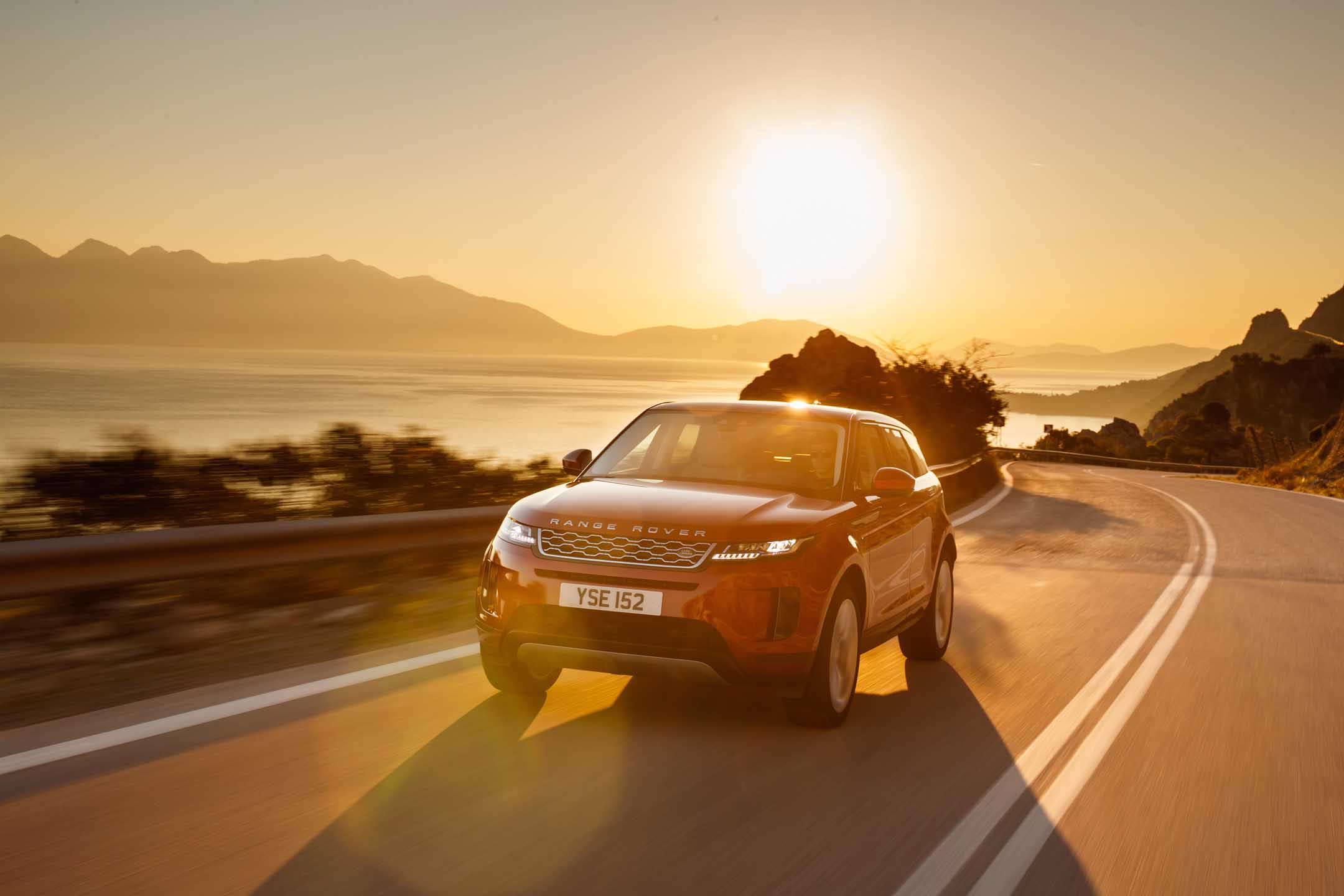 If I could have my way, I’d just about tick all the boxes that my heart desires. For instance, the colour-contrasting seats. Tick. I’ll always need more power. Tick. The ‘Carpathian Grey’ exterior colour, too, adds an interesting visual element, but costs R14,500, so I’ll skip that and maybe take the ‘Firenze Red’ that costs a more sensible R3,200.

Soon, the Range Rover Evoque D180 S that starts at R788,475 costs an eye-watering R973,975. Admittedly, I did splurge a bit on the Cloud-quilted perforated Windsor leather seats that costs R30,500. The standard option just didn’t sit all that well with me. The dark aluminium accents on the dash look brilliant paired with this, as opposed to the Ash Veneer. The latter just doesn’t look like it might age all that well. Ca-Ching!

Also, I want the Meridian Surround Sound system for R17,300. And the 20” Gloss Black wheels. That’s R22,400 by the way. Then I’ll always know that I didn’t get the Matrix headlights, so I’ll tick that too at R32,800, silently justifying it by not having to constantly switch between dipped- and high-beams.

I didn’t kid myself, though, by ticking any off-road options or even specifying a tow-bar. I knew I wouldn’t need it. Nor the Parking Pack, I’m quite confident in my parking-lot repertoire of manoeuvres.

It’s a lot of extra money to fork out for niceties. Add to that the interest rate over the monthly premiums and it translates into a lot of investing into an asset that depreciates by the hour. And I didn’t even specify the petrol engine that would cost an additional R42,000 and just about help nudge the baby Range Rover over the one-bar marker.

The reason why I’m going on about all these costly options is that when I recently tested Range Rover’s new Evoque, in quite rare form, it arrived at our offices with hardly an option box ticked. And this provided some very welcome perspective – especially since all our country’s economists have banded together and collectively come up with some hard-to-decipher language that can’t possibly mean anything positive. 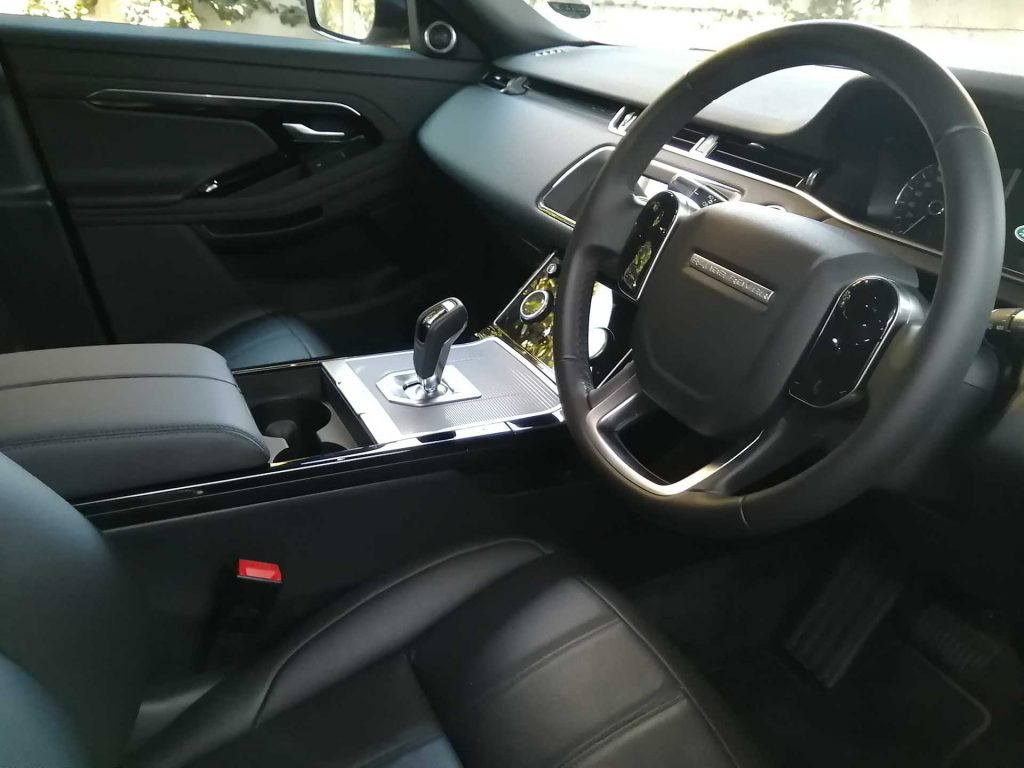 So, did the bare-bones approach to luxury feel lacking in any way? Well, it’s a bit more layered than just a simple yes or no. On the inside – or the area that matters most, in my opinion – the Evoque felt plush and on-point.

This, despite an approach from the carmaker where the buyer forks out an additional R1,500 for floor mats. The seats were bog-standard and it also didn’t have the dual touchscreen system that controls both media and climate control settings.

Furthermore, only the mid-range Meridian sound system was fitted, and – this is a first – a rear-view camera that’s mounted on the aerial, giving you a clear image of the car behind you and a much wider field of vision than the conventional rearview mirror.

Overall, it felt like it was enough since it still instilled a feeling of arrival, you know, that Range Rover sort of specialty.
I would, if it was my money, though, conservatively tick the interior boxes, instead opting for the petrol engine.

The reason is simple: While the 2.0-litre turbodiesel engine just about qualifies as adequate with its 132 kW of available power and 430 Nm of torque, my gripe is the overall level of refinement from this powertrain, or lack thereof. It’s noisy in its oil-burning execution with a significant amount of diesel-clatter protruding into the cabin, while gearshifts from the 9-speed auto box is rather erratic. 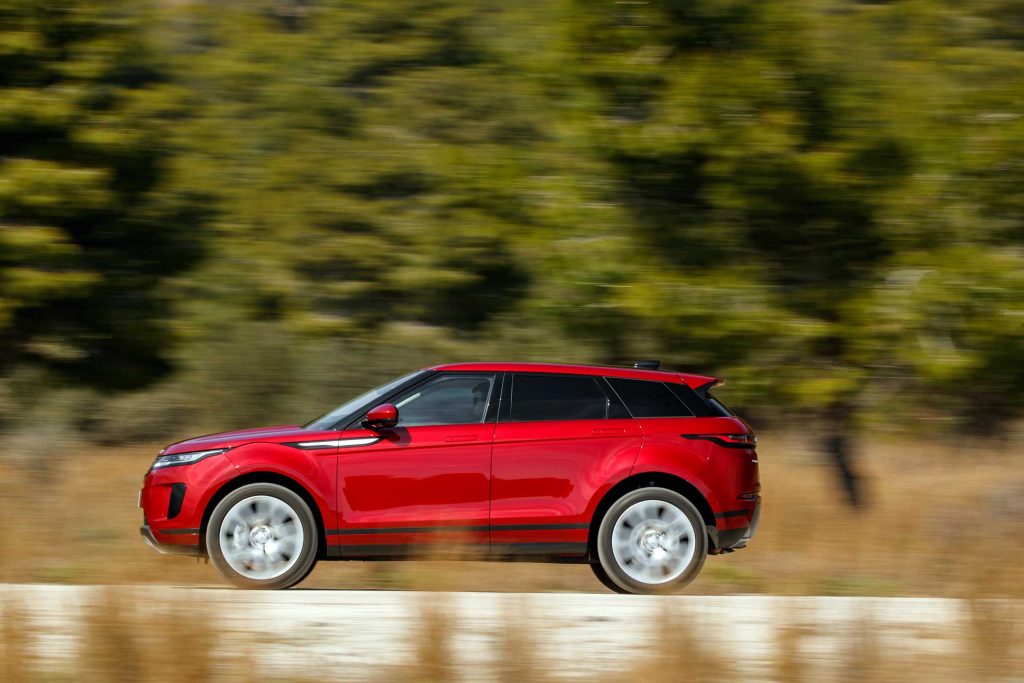 In total contrast to the interior, the exterior is severely lacking without any of the option boxes ticked. The 18” split-spoke standard wheels look at a loss for drama within the arches, while you are constantly aware of the bumper fins and silver scuff-plate’s absence; elements that are present on the R-Dynamic edition which, mind you, costs R78,700 more. At least you do get a surfeit of extras that doesn’t just extend to the aesthetics with it.

While I was tearing the options list of the Range Rover Evoque a new one, I’m betting you were sitting there, just thinking of the adage that rings, “You get what you pay for”. And I agree, you do, but when you think about it, this is still the baby of the Range Rovers that, in its most basic form, doesn’t exactly come cheap. Tick a few boxes, like I did on the configurator, and soon you might as well just have opted for the Velar. And then the process begins again.
The point of a Range Rover, though, is to first and foremost stand out. And Land Rover knows this, which is why they are offering any and all stand-out features at an arm and a leg. Most of it is worth it I’m sure, but will you still smile when you’re permanently keeping the R29,400 panoramic sliding roof closed to keep the sun from ruining your expensively specified upholstery?