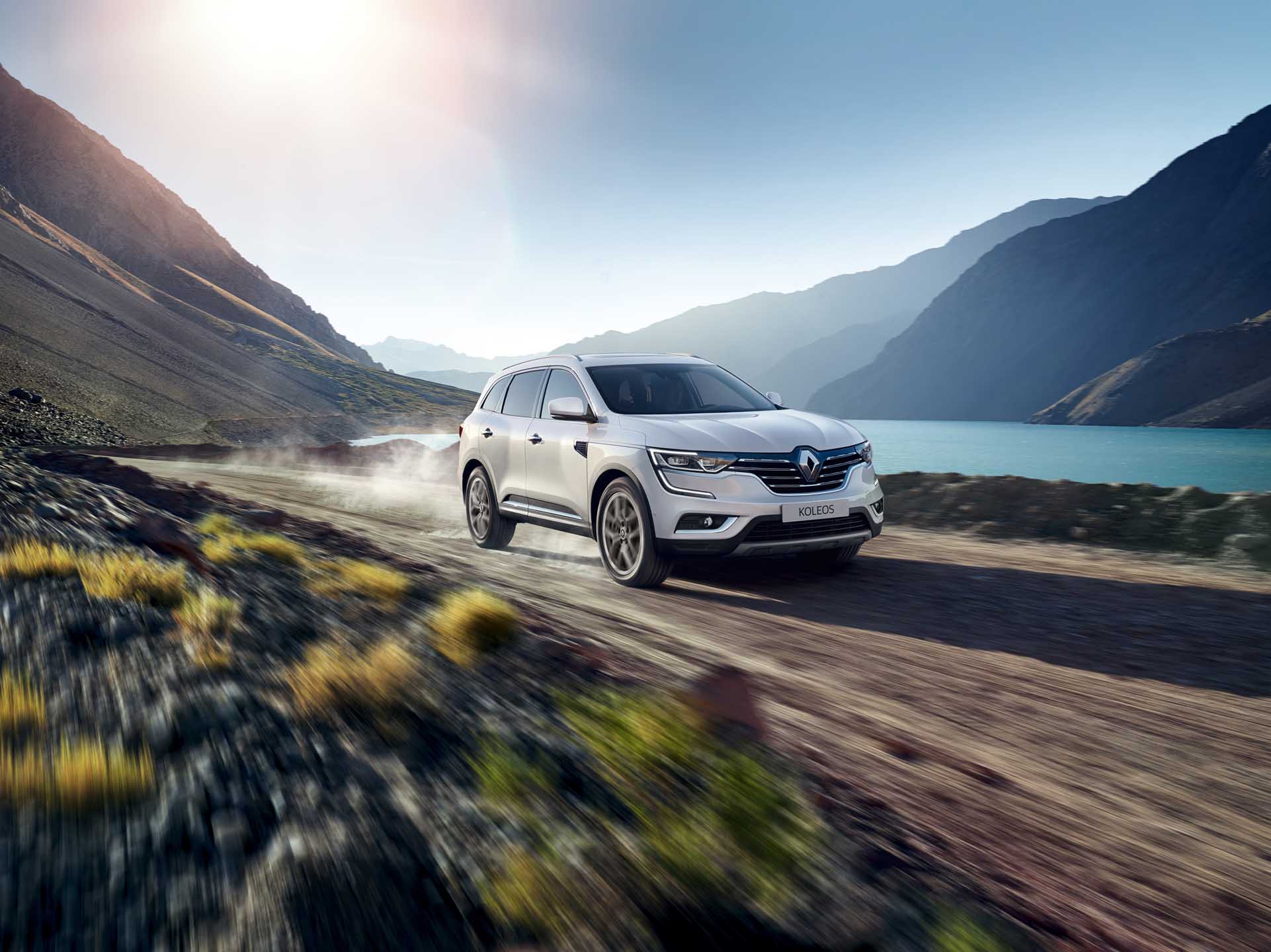 Renault SA has in recent times rationalised its SUV offering by adding a comprehensively updated Duster range towards the end of last year. This is an effort to continue its budget offering crusade, while at the top, the headlining Kadjar has been dispensed with in favour of the new Koleos which LERATO MATEBESE recently drove.

According to the company, the French-sourced Kadjar would compete squarely – on pricing at the very least – with the considerably larger Koleos, which is built in Busan, South Korea. Thus, it made more economic sense to offer the latter and not both. 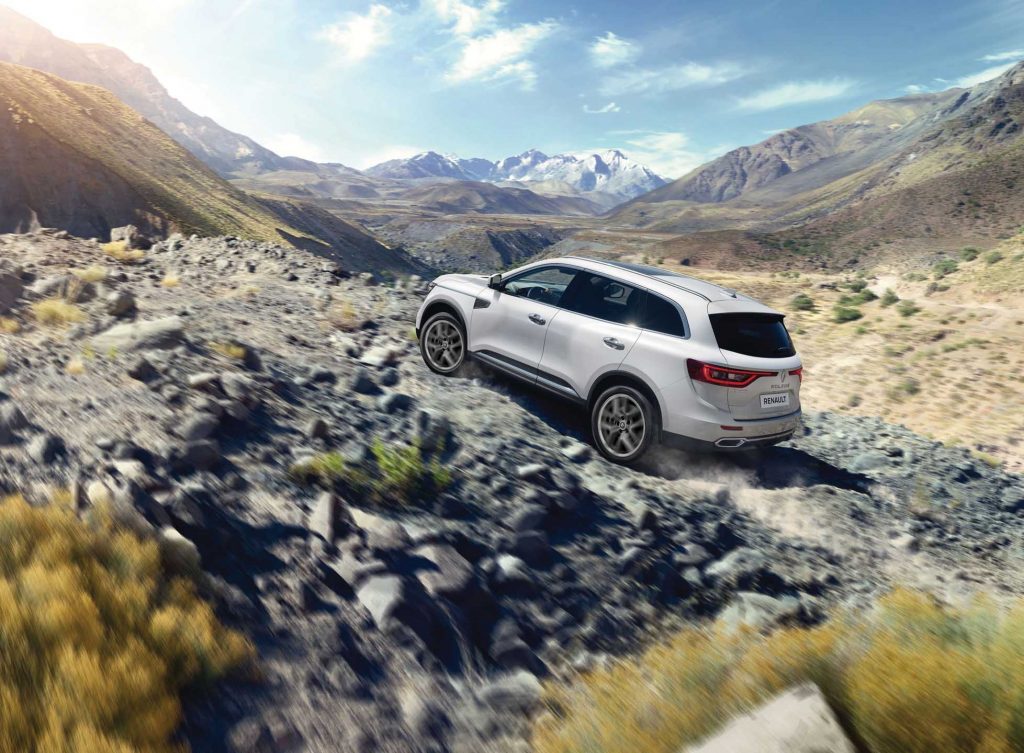 The previous generation Koleos, I concede, was an oddly proportioned thing with little in the way of cabin and luggage space and, to be frank, lacked any design flair. Enter the new Koleos, however, and it is plain to see that some inspiration poured out of Laurens van den Acker’s design team when penning this one.

Bolder and with a more coherent SUV design, the new model boasts the now familiar modern Renault similar in design to the Megane with an assertive grille and C-shaped LED daytime running lights running all the way into the front valance. There are slightly flared wheel arches on both axles, while the rear LED taillights flank the Renault diamond logo.

“(The) new Koleos completes the styling renaissance of the Renault range that began with Clio in 2012. As a designer, the challenge was to imagine an SUV that was not only elegant but also dynamic and modern. To achieve this, instead of diluting the traits traditionally associated with SUVs, we accentuated the segment’s familiar cues thanks to taut, powerful, horizontal lines, along with muscular haunches and high ground clearance. New Koleos subsequently exudes an inner strength. It is every inch an SUV and every inch a Renault,” said van der Acker.

The cabin has also adopted the Megane’s clean and minimalist approach with a drop-down centre console dominated by the tablet-type touch screen infotainment system – now replete with Apple CarPlay and Android Auto, while overall materials are plush to the touch.
There is considerably more room, particularly at the rear, than the Kadjar with a boot measuring 464 litres (1,795 with the rear seats folded down) to accommodate two large travel suitcases and then some. 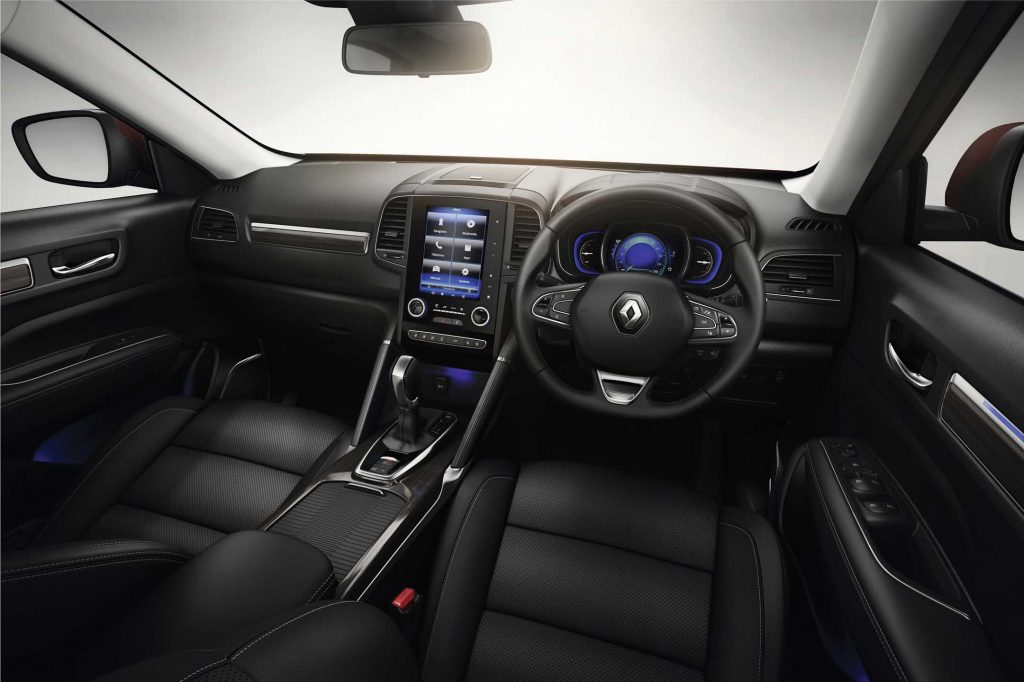 Overall it is a comfortable and accommodative sanctuary that should curry favour with relatively small families, thanks to the overall length of 4.6 m and a wheelbase of 2.7 m. There is also a host of active and passive safety systems that include six airbags to name a few that have helped the Koleos to achieve a five-star Euro NCAP safety rating.

One engine – a 2.5-litre, normally aspirated with 126 kW and 233 Nm mated to a CVT is on offer and two trim levels – Expression and Dynamique – with the latter available in both 4X2 and 4X4 variants. It was the flagship Dynamique 4X4 that we sampled at its launch in Gauteng recently under very inclement weather conditions, which presented an opportunity to really put the vehicle to the test.

Power delivery, for the most part, is adequate and the Koleos manages to pull with conviction. However, those looking for a towing vehicle might find the engine to coming up slightly short and it’s for this reason that I consider a turbodiesel to be more appropriate. While Renault has not discounted the idea of bringing an oil-burning variant, demand will likely determine that fate.

With a decent 210 mm ground clearance, tackling some off-beaten tracks is well within the suite of capabilities that the Koleos offers since it managed to overcome some slushy conditions with aplomb. The all-wheel-drive did its best to shuffle traction to where it is required and I found myself driving at relatively higher speeds on gravel than I had initially anticipated, such is the system’s surefootedness.

Ride quality is another forte of the SUV, while build quality has truly come a long way from the previous model since nary a squeak reared its head from the fascia’s side.

At a starting price of R399,900 for the Expression and going up to R479,900 for the Dynamique 4X4, the Koleos makes a very compelling offering in a hotly contested segment where style, value for money and versatility are at times not mutually exclusive.