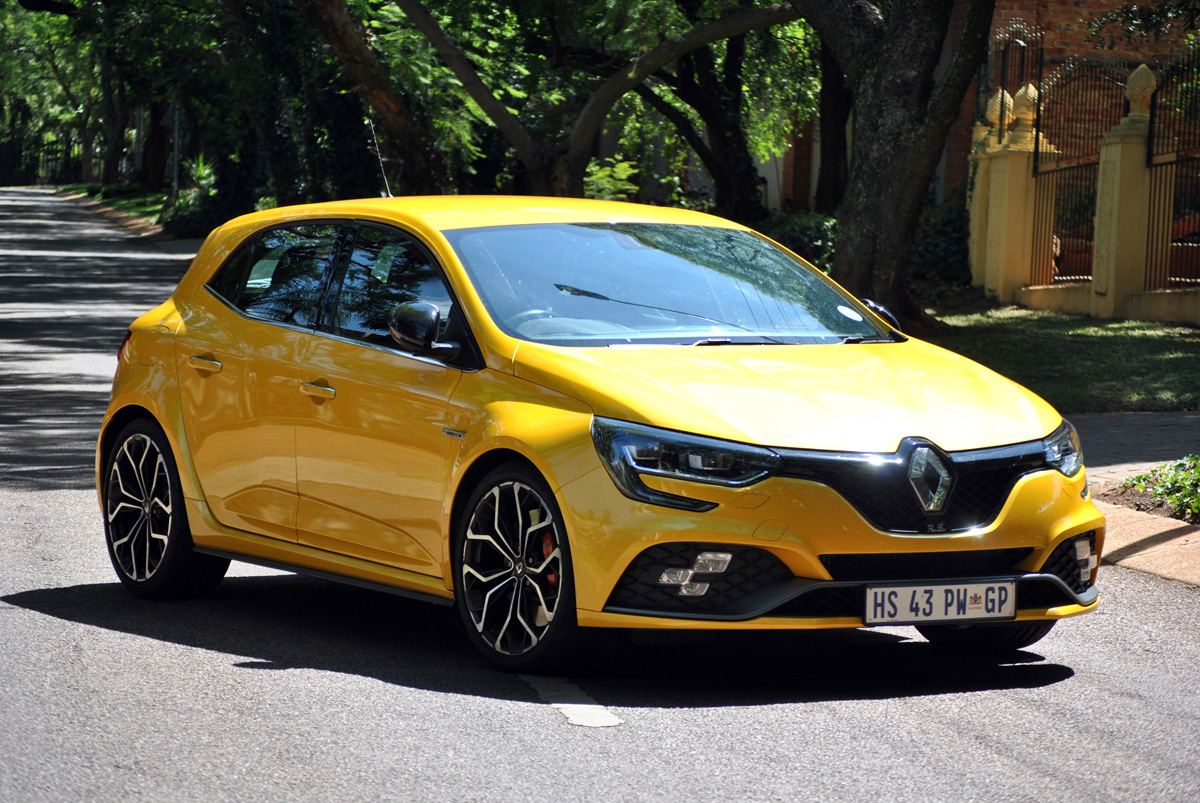 I just switched the car off and opened my door when a man with a beard, his name was Dirk if memory serves, approached and uttered a blasphemous phrase once he laid his eyes on the striking yellow Renault Megane RS Cup I was driving. “Cornelius, come look here,” he called his mate, “it’s the new widow maker”.

Dirk is a tow-truck driver, who as he later told me, had his fair share of callouts involving hot hatchbacks. It’s understandable, though, since these spruced-up counterparts of the middle-of-the-road hatchbacks have quite a number of horses running rampant under their bonnets and they need quite a firm hand to keep in check.

In the case of the Megane RS Cup we had on test, it had 205 kW, or about 105 more than what is considered plenty, and 390 Nm of torque that is produced from the 1.8-litre turbocharged wonder-mill as I’ve come to call it.

This is a lot of grunt, enough so in fact, that it can propel the car from standstill to 100 km/h in a claimed 5.8 seconds. The real-world translation for this rings something along the lines of hold on for the ensuing torque steer, click the next gear on the 6-speed manual gearbox into place at the opportune moment – preferably when all the 390 Newtons of torque is at your disposal – and hope your passenger isn’t squeamish.

Sure, on a technical level, the RS Cup barely scratches the middle-ground of the performance echelons, but as far as drama goes, you’d be hard-pressed to find anything that even nearly resembles the amounts of fun this hatch delivers within this pricing spectrum.

It just constantly, without fail, manages to plaster a smile on your face. And then, despite your fuel conservation efforts, you go at it again – this time incorporating a few corners into your repertoire. Eventually, though, you start to see the bearded tow-truck driver’s point. 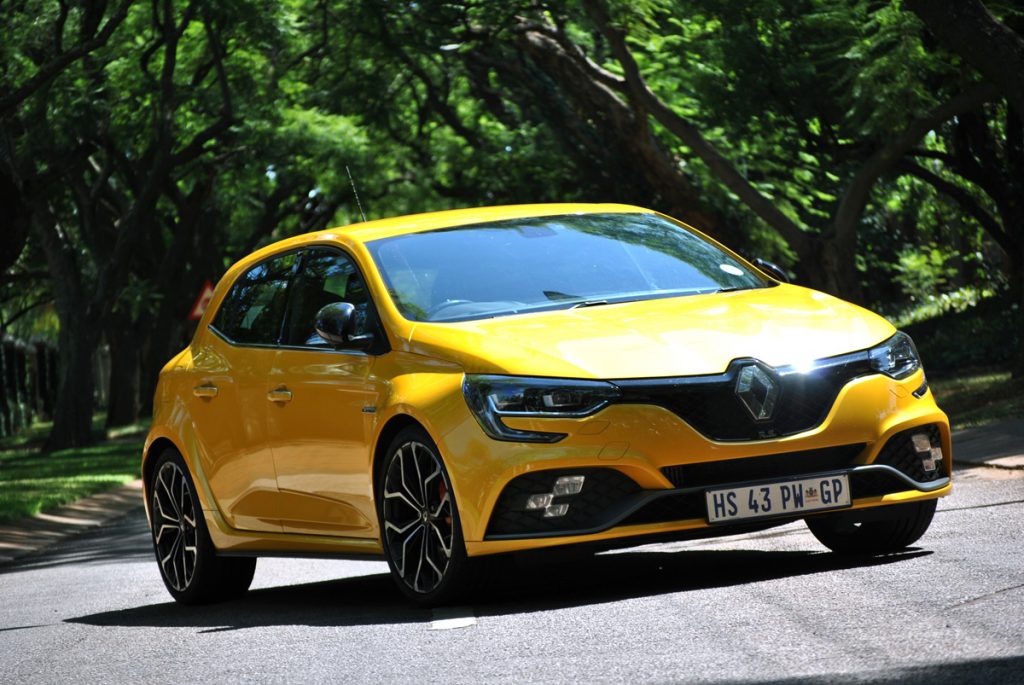 And speaking of corners, this is where the true talent of the Megane RS shines through. With this new RS, the Renault Sport division relied heavily on a new generation of technology to ensure continuous Megane-blacktop adhesion, the most prominent of which is the 4Control steering.

At lower speeds – 60 km/h or 100 km/h in Race mode – the rear wheels turn at a maximum 2.7-degree angle in an opposite direction to the front, while at higher cornering speeds, it turns one degree in the same direction as the front wheels.

Coupled to this is Renault’s ‘hydraulic compression stops’ that essentially serve as a shock-absorber within a shock absorber and aims to dispel any residual energy that can potentially unsettle the handling of the car.

While the individual influences of this technology aren’t all that palpable during normal driving, or even cornering for that matter, the net result speaks volumes since the Megane RS Cup corners with the kind of tenacity where you constantly have to re-think just how hard you’d be willing to poke it with your figurative stick.

I’ve driven the RS Lux with its more everyday-comfort disposition around the technical Aldo Scribante Raceway, and while I was impressed with everything it had on offer, I couldn’t help but walk away from my week of testing the Cup derivative thinking that it’s the one I’d much rather have – despite the vastly different testing environments.

It just feels that much more engaging, it has more theatre to it despite the absence of launch control and more importantly, it has more of everything you want in a searing-hot hatchback, and if that means compromising on everyday comfort, I’d gladly take the deal.

It’s even quite fool-proof I reckon, what with the above-mentioned state-of-the-art road adhesion technology and if things go awry, obviously at no fault of yours, it has six airbags.