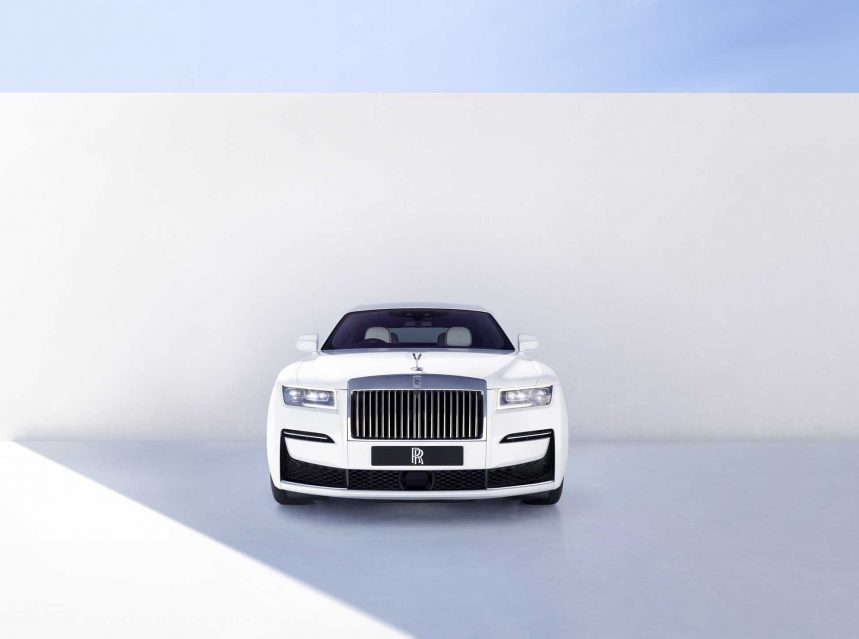 A WHISPER, NOT A SHOUT

The word “ghost” elicits a host of different mental images for different people. Maybe it brings back nostalgic childhood memories of watching “Casper, the Friendly Ghost”, or more traumatic ones of terrifying horror movies. Perhaps it compels you to sing: “Who you gonna call? Ghostbusters!” all day, or it makes you want to sign up for a pottery class – preferably one with a sexy, yet sensitive, instructor. Or, just maybe, it conjures images of sleek sophistication, pure pared-down luxury and understated elegance. Certainly, with the release of the new Rolls-Royce Ghost, the latter is bound to become a stronger word association for those who appreciate the finer things in life.

When the first Rolls-Royce Ghost was unveiled at the Frankfurt Motor Show in September 2009, it proved to be the most minimalist, and – dare I say – practical model Rolls-Royce had ever made. And, surprisingly (at least for the traditional Roll’s owner) proved to be one of the most successful models in the marque’s long history. 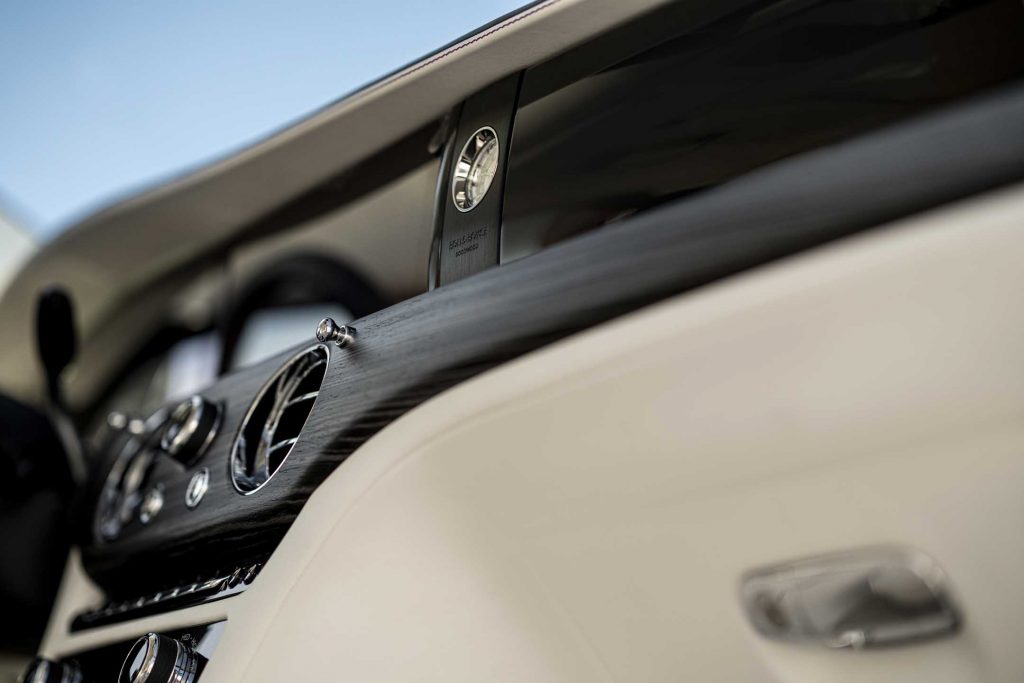 So when it came time to conceptualise the new Ghost, Rolls-Royce turned first to those loyal clients, and asked for their feedback on what they would like to see in the updated model. The answer, according to Rolls-Royce CEO, Torsten Müller-Ötvös, was: less ostentation, more minimalism, and a simpler, distilled design. The message was clear: the pared-back simplicity of the original Ghost needed to be pared back even further. If the original Ghost could be described as a discrete conversation, the Rolls-Royce team love to say that the new Ghost doesn’t shout at you, it whispers. And so it ushers in an all-new refined “post-opulence” design ethos for the manufacturer, where all the previous bells and whistles and embellishments – the supposed trappings of success – have been stripped away, to allow you to fully appreciate the engineering and design genius that goes into creating this beautifully elegant work of motoring art.

While chucking out the extras may sound like less work for the design team, Müller-Ötvös is quick to point out that simplicity is an extremely complex process, quoting the marque’s founding father, Henry Royce who famously said: “Small things make perfection, but perfection is no small thing.” But it is a challenge that the new Ghost design team have tackled head on, spending more than five years fine tuning every possible aspect of this model – right down to putting dampening units in the seat frames to ensure that the audio frequency they create is the same comforting tone as all the other elements in the cabin! “Some people call us obsessive,” laughs Jonathan Simms, Engineering Lead, “But, I prefer to think of us as perfectionists!”

So what, exactly does “perfection” equate to in this context – well here are just a few examples.

The metal superstructure of the new Ghost is 100% aluminum, with its outer body rendered as one expansive piece, flowing seamlessly from the A-pillar, over the roof to the rear of the car, embracing the uncluttered “clean” look the designers were aiming for. In order to achieve this, four craftsmen hand weld the body together simultaneously to ensure a perfectly continuous seam.

The minimalist design is probably most noticeable in the front of the new Ghost which is devoid of unnecessary flourishes but still maintains its characteristic Rolls-Royce charm. The designers did allow themselves one flourish though – 20 LEDs underneath the top of the radiator grille subtly illuminate the vanes, though the brushed backs of the metal grille bars ensure a “restrained glow” in keeping with the post-opulent aesthetic. 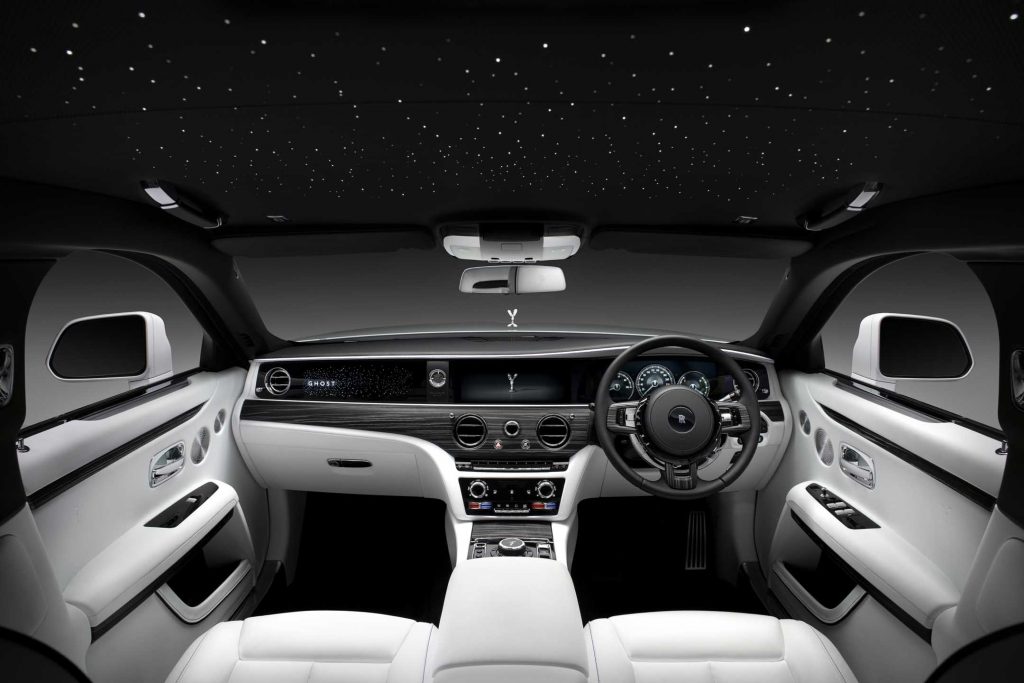 The interior of the Ghost has been designed to be a detoxifying space that is as calming, relaxing and uncomplicated as possible. “Our customers lead very complicated lives, so they don’t need constant reminders of their success,” explains Rolls-Royce designer, Henry Cloke. To achieve this, busy details and superficial embellishments were removed, and in so doing, also allowed the designers to celebrate the very finest materials used in the cabin and maximise the impact of bespoke colour personalisation. Complex stitch work has been replaced by simple, but long and perfectly straight lines. “There aren’t any complicated patterns in which to hide any mistakes, so every stitch line has to be perfect,” says Cloke. Likewise, the wood insets used in the cabin are no longer hidden under lacquer, but rather left in an open-pore finish, so passengers can fully appreciate the superb quality of the wood.

THE GHOST IN THE MACHINE

Under the hood beats the heart of the Ghost in the form of a Rolls-Royce 6.75-litre twin-turbocharged V12 petrol engine which delivers 420 kW and 850 Nm of torque to the all-wheel steer, all-wheel drivetrain. And if that isn’t tempting enough to lure the chauffeur-driven owner to the driver’s seat, the Ghost is the most technologically advanced motor car Rolls-Royce has ever produced. Just a selection of said tech includes: vision assist, including day- and night-time wildlife and pedestrian warning; a four-camera system with panoramic view, all-round visibility and helicopter view; collision warning; cross-traffic warning; an industry-leading 7×3 high-resolution head-up display; Wi-Fi hotspot; self-park; and the very latest navigation and entertainment systems.

The Rolls-Royce engineers have also enhanced the marque’s hallmark “Magic Carpet Ride” with a new Planar Suspension System, which is the result of ten collective years of testing and development. “For passengers, it feels like the road has been planed smooth,” explains Simms, “it’s the closest you can get to a sensation of flight on land.”

This has been achieved through a series of complex engineering feats, including a world-first Upper Wishbone Damper unit which basically dampens the dampers. Add to this, Satellite Aided Transmission, and the Flagbearer system, which uses cameras to read the road ahead and prepare the suspension system for any changes in road surface, and the New Ghost can now anticipate and react to even the most demanding road surfaces.

And that’s not even half of it, but I have chosen to take a leaf out of the new Ghost’s book, and distil my description of this unbelievably impressive car down to the minimum. The new Ghost is pure perfection – while trying very hard to hide it. As Müller-Ötvös says: “In today’s world, where many people are seeking increased simplicity, refinement and restraint, the post-opulent world, this Rolls-Royce fits perfectly with the zeitgeist of our time.” Plus, it may make you forget all about joining that pottery class!