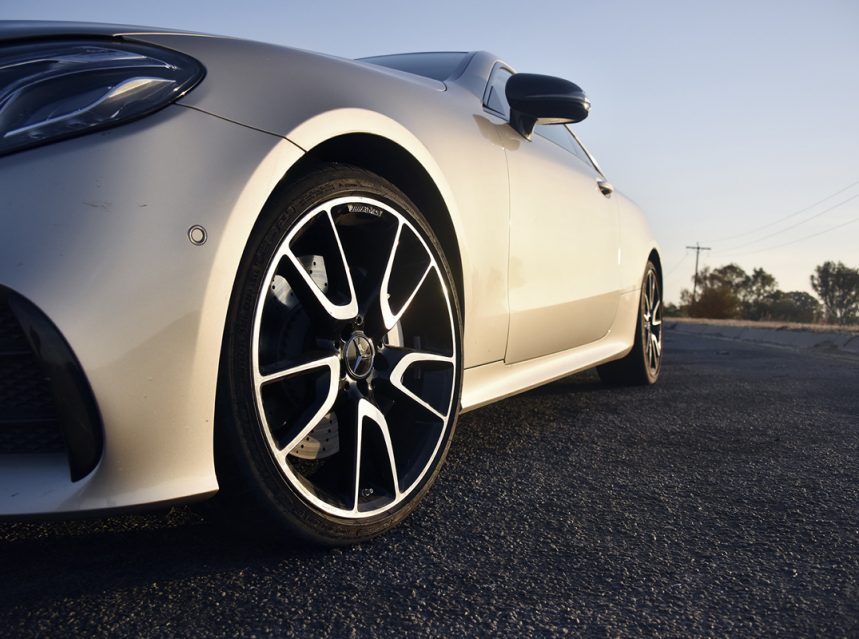 Mercedes-Benz has taken a new route with its latest junior AMGs, equipping the 53 designated range with a new in-line power plant, replacing the V-engines used over the last two decades. We sampled the Merc-AMG E53 4Matic+ Coupé on the R53 from Swartruggens to Parys.

Mercedes-AMG, the high-performance powerhouse for Mercedes-Benz, has recently expanded its product portfolio with a new 53-badged model in the E-Class range. Interestingly, this new six-cylinder engine is an in-line powerplant – the architecture which established the reputation of Daimler-Benz as the leading builder of luxury vehicles in the world.

Yet, while this engine layout served the German car-builder with distinction for over a century, it was completely ignored by Stuttgart for the last two decades. Why? Well, a V-configuration is more compact and lighter, and its modular layout made it easier to adapt, and this led to its discontinuation in 1996; superseded by a range of V6-engines.

Now, the legendary straight-six is back. Its return was undoubtedly initiated by the unrelenting thrust towards hybrid drivetrains and electrification within the industry, as this necessitates different packaging; easier to do with an in-line arrangement.

However, it is not just a normal in-line engine. This three-litre six-cylinder in-line mill is complicated and very advanced – equipped with twin-forced induction and EQ Boost combining a starter and alternator in one powerful electric motor.

With its assistance, the electric auxiliary compressor builds up high boost pressure without delay, making acceleration torque immediately available before the large exhaust-driven turbocharger kicks in. Delivering a healthy 320 kW and peak torque of 520 Nm – with the EQ Boost starter generator temporarily delivering an additional 16 kW and 250 Nm of torque pushing maximum torque to 700 Nm. This means the coupe is capable of reaching 100 km/h from standstill in only 4.5 seconds. 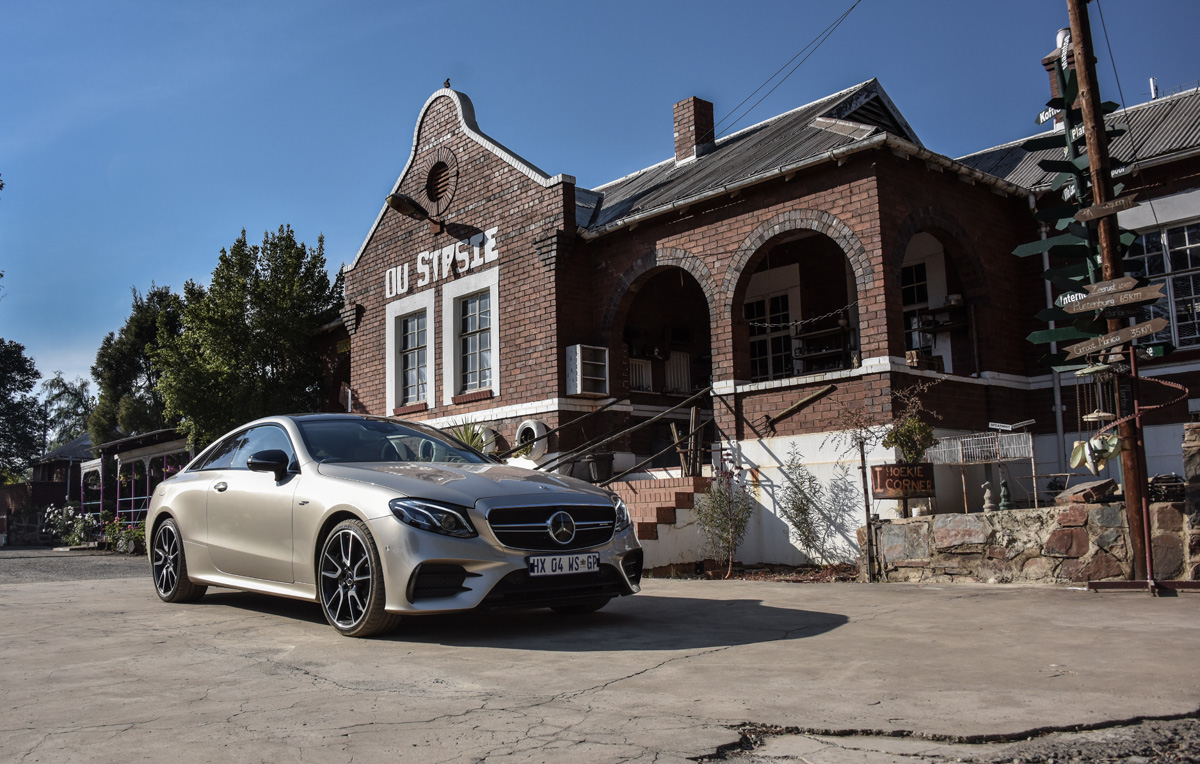 To experience how this mechanical and electronic wizardry translates to the road, we commandeered an E53 4Matic+ Coupé and set off for the quaint, small town of Swartruggens in the North-West Province, from where we followed the R53 regional road all the way to Parys, situated 200 km away on the banks of the Vaal River in the Free State Province.

From the Ou Stasie in the centre of Swartruggens, we pointed its nose towards the turn-off from the N4 onto the R53. Soon it was evident our Coupé was in its element on the long tar ribbon dissecting unending mealie fields, with brown Winter grass on the road edge flashing by.

The response from the extremely smooth powerplant, with its rich and throaty soundtrack, was immediate and without noticeable turbo lag.

We had a brief stop in Ventersdorp, before setting off towards Potchefstroom. Roadworks on this section of the route tested the air suspension, and while too harsh in Sport mode, it was firm, yet more relaxed in Comfort mode.

Soon we were in Potch, watching out for the turn-off towards Parys. We enjoyed the designo interior; but in macchiato beige, complete with Nappa leather seats, the purchase price is bumped with R117,522. Add the 20” AMG wheels (for another R23,706) and our bespoke-looking E53 caught the attention of passers-by everywhere.

Leaving North-West behind, we cruised past the turn-off to the Vredefort Dome, a World Heritage Site covering the largest meteorite impact site in the world. The road snaked through hillocks surrounding the Dome and here, using Sport+, the AMG displayed its sporty side; cornering flat with true steering, even when pushed.

Soon we crossed the bridge across the Vaal to enter Parys, named after the famous French city, and like its European counterpart, many an artist has now settled here and with many interesting shops and attractions, the town is the ideal weekend breakaway.

From here we found our way back to Gauteng. The Merc-AMG proved quite frugal on our trip, consuming just under 10 litres of fuel for every 100 km. It’s a capable and fast cruiser, with the E53  Coupé validating what Merc has become renowned for. It’s definitely on the right route with its latest straight-six powerplants.